Battle Pass is a seasonal game event during which you earn Progression Points in Random Battles and progress through Stages. For reaching each new Stage, you get valuable rewards such as blueprint fragments, Bounty Equipment, a unique crew member, and special 3D vehicle styles.

Season: a three-month period during which Battle Pass is held. The regulations and rewards may change from Season to Season.

Progression: a sequence of Stages in Battle Pass. To complete Stages, you need to earn Progression Points. The Progression system consists of two parts: Main and Elite.

Progression Points: elements of the Progression that you earn in battles to complete Stages. To earn Progression Points, you must be among the top 3 or top 10 players on your team by experience earned. The top 3 players receive more Points. To move to the next Stage, you need to earn a certain number of Points. Progression Points earned cannot be lost.

Point Limit: the maximum number of Points that can be earned in a particular vehicle during the Season. If the Limit is reached, you can no longer earn Points using this vehicle in the current Season.

Base Reward: a reward that you receive for completing a Main Progression Stage.

Improved Reward: a reward that you receive for completing a Main Progression Stage with an Improved Pass.

Some vehicles receive a special status for each Battle Pass Season.

When playing in the T110E5, you can earn 3 Points more than other vehicles when you are among the top 3 players on your team by XP earned.

By rolling into battle in the IS-4, you can earn 1 Point more than other vehicles when you are among the top 10 players on your team by XP earned.

If you don’t have enough Tier VI–X vehicles to complete the first 10 Main Progression Stages, then you can rent the following vehicles for free:

You can rent all three vehicles simultaneously or each one separately. Along with the rented vehicles, you also receive temporary slots and crews trained to 100%.

If you already have one of the vehicles in your Garage, it will not be available for rent.

To rent a vehicle: 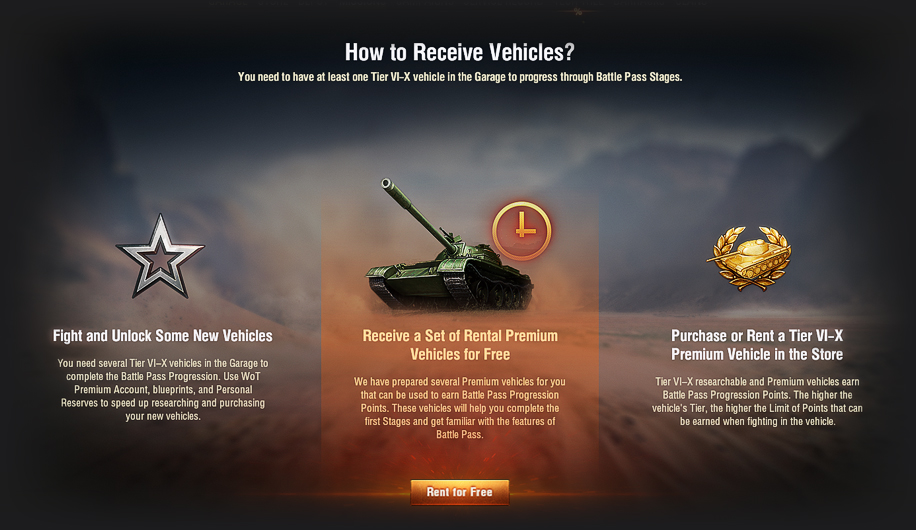 It is impossible to extend the rental period if you have reached the Point Limit for the vehicle.

At the end of the Battle Pass Season, the rented vehicles become unavailable to use for battles even if they were rented less than a month prior.

If you complete a Stage, you cannot return to the previous one. You receive rewards for completing each Stage.

Progression Points can be earned in Random Battles except for Grand Battle. The number of Points received depends on your rank in team results by XP earned. Even if your team loses or draws, you still receive Progression Points.

If you are not among the top 10 players on your team by XP earned, you neither receive nor lose Points.

Each vehicle has a Point Limit you can reach while playing it. The higher the vehicle tier, the higher the Limit. Once the Limit is reached, you can still play in this vehicle, but you cannot earn additional Progression Points with it. You will need to choose a different vehicle if you wish to continue earning Points.

Interactive image. Find out your maximum Battle Pass Stage for the vehicles that you have in your Garage. Just use 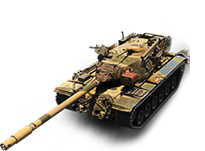 The maximum number of points that can be earned with the T110E5 is 1,000. Once you earn them, you get a one-time bonus of 35 points. This vehicle will then no longer be able to earn points within the season. 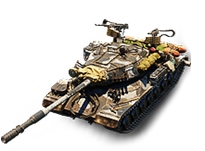 The maximum number of points that can be earned with the IS-4 is 1,000. Once you earn them, you get a one-time bonus of 35 points. This vehicle will then no longer be able to earn points within the season.

In addition to the Core Vehicles, the Point Limit is also increased for

You can also earn Progression Points using Tier IV–X rental vehicles. If you rented the vehicle at first, then later buy it back, the Points earned with the vehicle during the rental period are saved.

By default, the vehicle panel in the Garage displays all your vehicles. Use the filter to see only vehicles in which Progression Points can be earned: click

Filter by Parameters and select 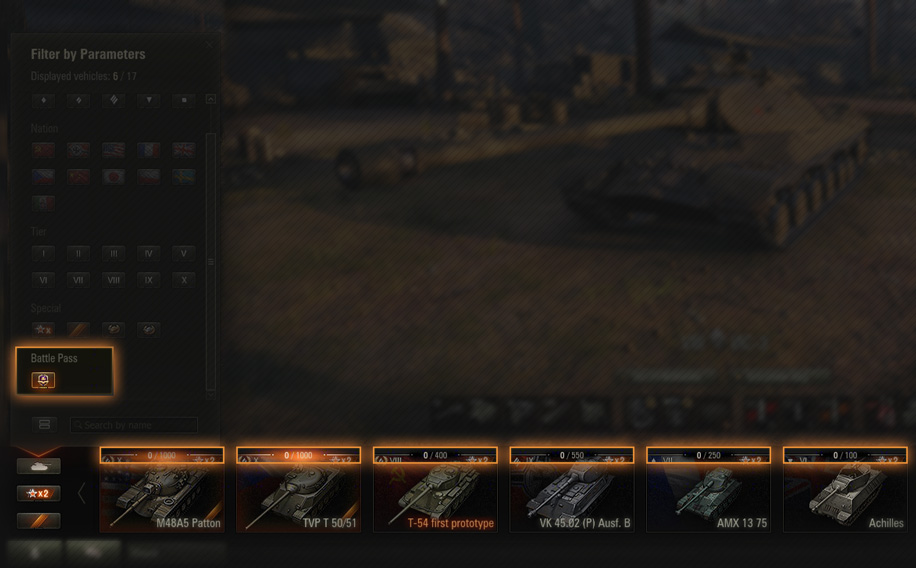 Your current Stage is displayed on the Battle Pass screen in your Garage.

If you have enough vehicles in your Garage to complete the first 10 Main Progression Stages, you can purchase the Improved Pass at any time and at any Stage during the Season.

Otherwise, you can rent vehicles for free, complete 10 Stages, and then purchase the Improved Pass.

With the Improved Pass, you get two 3D styles after completing all Main Progression Stages instead of one.

To purchase the Improved Pass: 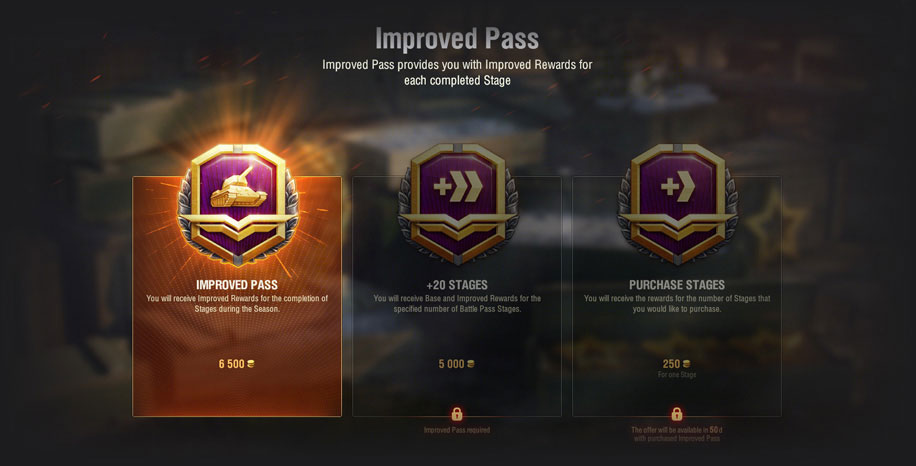 One of the following packages becomes available after purchasing the Improved Pass:

Like the Improved Pass, these packages can be purchased on the Battle Pass screen and in the in-game Store via the

Upon reaching each Main Progression Stage, you will get a valuable reward.

An all-season style granted as a Base Reward for completing Stage 1 of the Main Progression. This style can be applied to vehicles of any tier.

An all-season style granted as a Base Reward for completing Stage 10 of the Main Progression. This style can be applied to vehicles of any tier.

Decals are granted as a Base Reward for completing Stage 40 of the Main Progression. The decals are non-historical and can be applied to any vehicle. 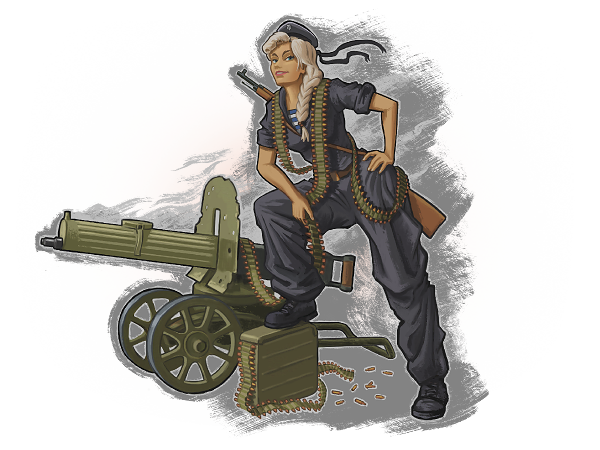 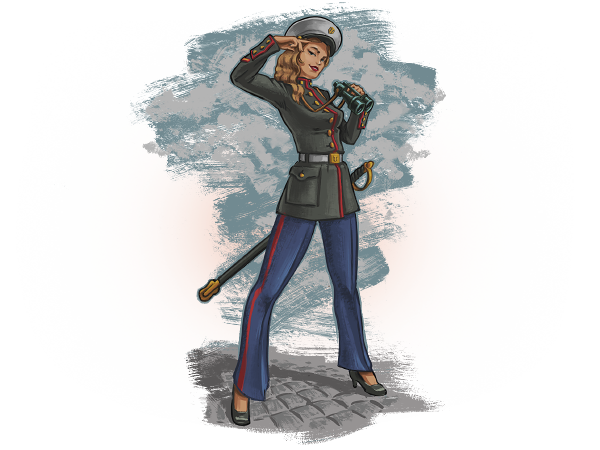 Emblems are granted as a Base Reward for completing Stages 1 and 10 of the Main Progression. The emblems can be applied to any vehicle. 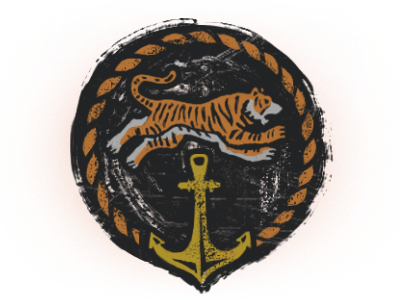 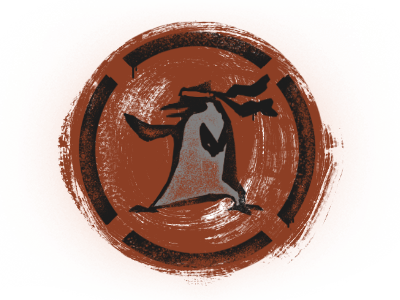 After completing certain Stages of the Main Progression, you can choose an equipment item to receive as a reward. You can acquire both standard equipment and Bounty Equipment during Battle Pass.

You can select standard equipment after completing Stages 20 (Base Reward) and 40 (Improved Reward) of the Main Progression.

During Battle Pass, you can receive Class 1 equipment to mount on Tier VIII–X vehicles.

Low Noise Exhaust System
Increases the concealment of a stationary or moving vehicle:

You can receive Bounty Equipment after completing Stages 20 (Improved Reward) and 30 (Base Reward) of the Main Progression.The basic characteristics of Bounty Equipment are the same as those of standard equipment, but they can be upgraded for 3,000,000.

Bounty Ventilation
+5% / +7.5% to all crew skills, perks, and major qualification


Increases the view range of your vehicle, allowing for early spotting of enemy vehicles.

Bounty Stabilizer
−20% / −25% to dispersion during movement and turret rotation

Bounty Rotation Mechanism
−10% / −15% to dispersion during vehicle movement and traverse, as well as during turret rotation
+10% / +15% to hull and turret traverse speed

Even after the Battle Pass Season ends, you can select equipment in the Depot via the

Standard equipment and Bounty Equipment can be demounted for 10 or by using a Demounting Kit. You can receive Demounting Kits as Rewards in Battle Pass as well.

To learn more about Bounty Equipment, see the Equipment guide.

The ultimate and most valuable rewards will be received after completing Stage 45 of the Main Progression.

"Step to the Point" Medal

Your reward for completing all Main Progression Stages. The number on the medal represents the Battle Pass Season for which the medal is given. 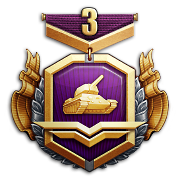 After the final Main Progression Stage, you can get one of two unique 3D styles, or both styles with the Improved Pass. The styles are specially designed for the Core Vehicles.

After completing the Main Progression, you can choose one of two crew members with the Brothers in Arms perk trained to 100% and a sufficient amount of experience to train two more skills or perks. You can recruit the selected crew member in the Recruits section in your Barracks. 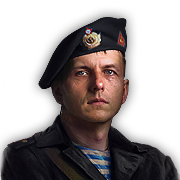 An experienced, smart, and sensible combat officer who prefers taking the logical option over the emotional one. He easily adapts to any situation and he always follows his orders wherever they may lead him, whether it is to a garrison in the Arctic Circle or a military base in the sands of North Africa. He enjoys hockey and spearfishing, although it is getting harder and harder to find the time for it. 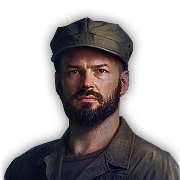 People are always asking if I know Jack Reed. Before I answer, I usually take a deep breath and close my eyes for a moment. Being his commander is not a bed of roses. Reed is a rebel who somehow manages to follow orders and stay within the rules imposed by the military. Right now, he's trapped in a hot-as-hell tank. But deep inside, he's hitting the road so that he can ride his bike down Route 66 and feel the wind in his hair.

To get a 3D style and a crew member, upon completing Stage 45 of the Main Progression, select the reward you like best.

With the Improved Pass, you will receive the 3D styles for both vehicles regardless of the choice made, but you only get one crew member.

If you don't have the T110E5 or the IS-4 yet, you can research them using blueprint fragments received as a reward during the event.

After the end of the Season, the results will be tallied and the vehicle chosen by the majority will take first place. Regardless of the vehicle that wins, all players will receive a nice bonus—a special battle mission to complete during the week:

Your Battle Pass journey doesn't end with the completion of the Main Progression. After completing Stage 45, the Elite Progression becomes available. Only the most dedicated players will be able to complete it. It consists of 100 Stages through which you can further hone your battle skills and triumphantly complete the event.

Similar to the Main Progression, you need to earn Points to complete Stages. The rules for earning Points are the same. However, the number of Points required to move to the next Stage will gradually increase as you progress through Stages. The Elite Progression is available regardless of whether an Improved Pass is purchased or not.

For reaching each Elite Progression Stage, you earn a special in-game currency—bonds. Use bonds to purchase improved equipment, directives, and some vehicle types.

Upon completing Stage 100 of the Elite Progression of the current Battle Pass Season, the dynamic badge displays a tank instead of the Stage number. 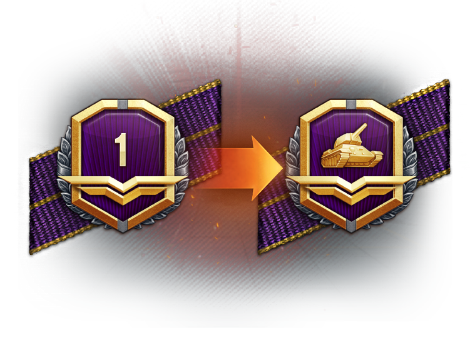 The badge needs to be applied manually only once as the Stage number changes automatically. During a battle, the badge is visible to players from both teams. At the end of the Battle Pass Season, it will be removed from your account.

After completing Elite Progression Stages 20, 40, 60, 80, and 100, you will be rewarded with unique decals (6 each) that you can apply to your vehicle to display your achievements to other players in battles. The decals are not removed after the Battle Pass Season ends.

End of the Season

When the Battle Pass Season ends: