About World of Tanks 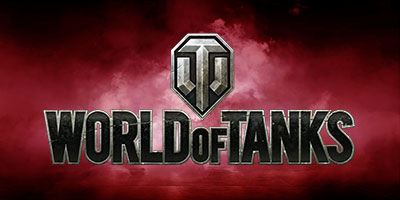 World of Tanks is the greatest team-based massively multiplayer online action game dedicated to armored warfare. Throw yourself into epic tank battles with other players from all over the world, picking from an arsenal of more than 700 historically accurate armored vehicles from America, Britain, China, Czechoslovakia, France, Germany, Italy, Japan, Poland, the Soviet Union, and Sweden.

This includes a flexible upgrade system that allows you to swap between authentic vehicle parts and weapons so you can craft a tank to your style of play. Whether you prefer to exhaust your foes with fast and maneuverable light tanks, breach enemy lines with all-purpose medium tanks, use the force of heavy tanks to eliminate opposing armored forces, or become a sniper with long-range howitzers, each type has its own advantage and can be extremely effective when operated by a true tank ace.

However, becoming a great tank commander alone isn't enough to win. In World of Tanks, it's all about teamwork. Victory is achieved by combining your combat skills with other members of your team and being responsible for your role on the battlefield. Only together will you achieve victory. 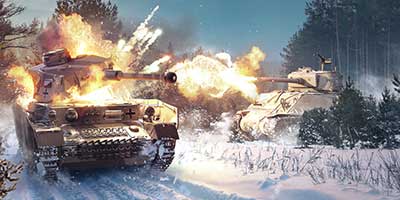 RPG: Your armored beast isn't just a tin can on tracks. It's an evolving machine that should be treated accordingly. Research your available upgrades and modifications to enhance its performance on the battlefield.

Action: Take part in joint operations to spot, track, and destroy enemy units. Engage them in head-to-head duels where your speed and reaction time is as important as any co-op shooter.

Strategy: There's only one simple rule to follow: Don't be a hero. Rally your comrades to devise a battle plan and assign roles, then move out and defeat your enemy on the field. 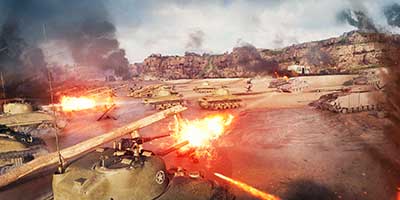 New players jump into battle in less than a minute to take part in short, decisive combat actions designed to ensure fast and action-oriented warfare. You must be bold, decisive, and flexible enough to succeed in the maelstrom of iron and fire. It also wouldn't hurt to have your wits about you when it comes to achieving victory in three different battle modes: Standard, Assault, and Encounter. 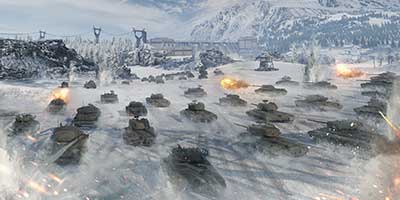 Intense battles with up to 30 combat vehicles unfold on enormous and detailed battlegrounds that feature a variety of terrain from open fields and forests to deserts and industrial zones. These unique battlegrounds offer a wide scope for tactical decisions from aggressive fast-paced thrusts to elaborate flanking operations and diversionary attacks. 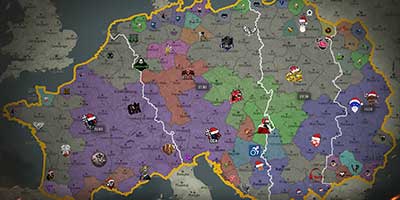 Out to conquer the world? Then you'll be very interested in our Clan Wars. Here you'll be able to create a clan and unite with other players to compete on the Global Map of World of Tanks. Show off the tactical and strategical finesse of your clan and receive gold for holding your captured territories.