Historical Battles: The Battle of the Bulge 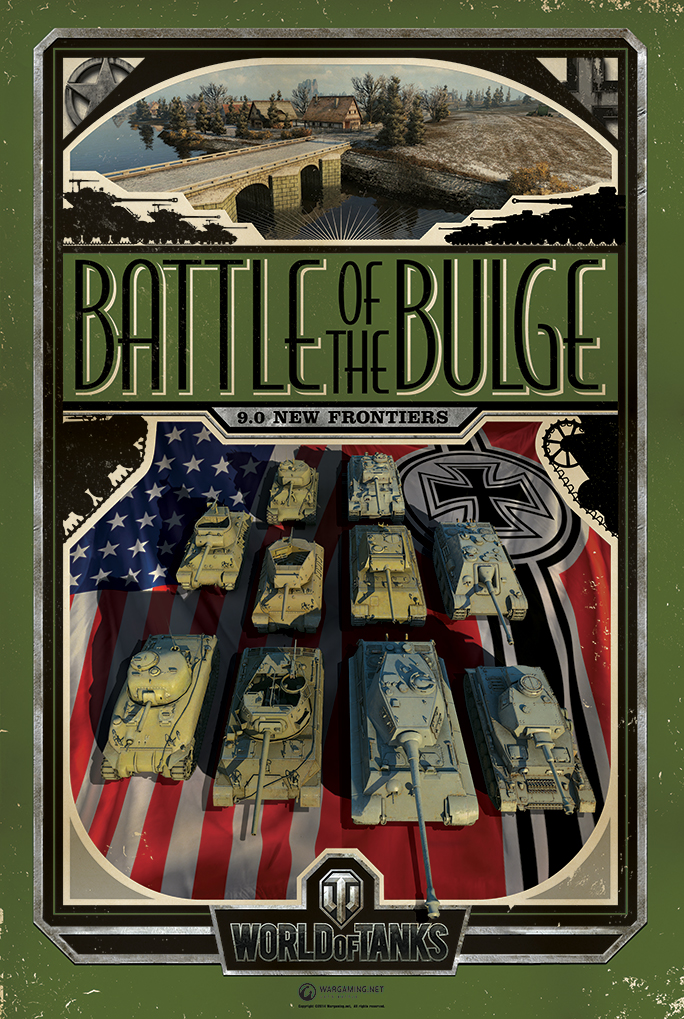 Realizing that the Allied advance had slowed to wait for supplies from Antwerp, German Generaloberst Alfred Jodl noticed that the Allies were vulnerable in the Ardennes sector of Belgium, naturally seen as an ideal spot for a massive counter-assault to split the Allies and potentially drive them back to the sea.

After D-Day, the Allied forces were advancing faster than initially anticipated. However, the Allied advance from the west ran into tough resistance following a successful breakout from the Normandy Beachhead and a push through France and Belgium. Difficulties were met in the Hurtgen Forest, the ill-starred Operation Market Garden, and their dwindling supply chain, the latter reliant on temporary harbors in France and the crucial port of Antwerp.

Eager to duplicate the successes of 1940, when panzer formations outflanked the French Maginot Line fortifications with tanks in the same area, the German High Command authorized planning for Unternehmen Wacht am Rhein ("Operation Watch on the Rhine") to commence in early September, 1944. The goals were to assault the British and American forces, divide them, and capture the crucial port of Antwerp before defeating each force and negotiating peace with the Western allies, then turn all of their forces toward the fight in Russia. The main focus of the attack would be the American forces who were viewed as weaker than the British. It was hoped that a sufficient blow against the Americans would cause doubt on the homefront.

This was a final, risky throw of the dice, as many veteran units were pulled from the Eastern Front for this assault. The operation was planned in as much secrecy as was possible, utilizing few radio messages and moving troops at night. Despite Allied intelligence noticing numerous signs of a build-up, the information was not acted upon, and the American units in the Ardennes sector -- composed of new units depleted by prior combat -- prepared to spend a quiet holiday season. It was not to be.

When inclement weather began in mid-December, it grounded Allied air support and reconnaissance, and the German forces struck with a massive artillery barrage. They advanced to great initial success, capturing smaller supply depots to refuel their forces. Some of the German forces included soldiers fluent in English, as well as several Panther tanks disguised as M10 Wolverine tank destroyers to further confuse the Allies.

The Germans struck hard; Panthers, Tiger I and II tanks and assault guns took a deadly toll with Allied air cover suppressed. Cold weather and the sheer surprise of the assault only made the fighting more dangerous. Many American soldiers were captured, but a few pockets of resistance, with reinforcements quickly delivered by convoys of the Red Ball Express, managed to hold out. One of the most famous of these locations was the snow-covered town of Bastogne in Belgium.

Located at a crucial eleven-road crossroads through treacherous terrain, Bastogne was key to the movements of sides, and was quickly reinforced before it was completely surrounded on December 21 by two experienced Panzer divisions and an infantry group, trapping elements of the 10th Armored division and the 101st airborne, the latter still recovering from losses.

Conditions inside the perimeter were brutal. Sensing American weakness, German command requested surrender of all forces in the surrounded town.

By December 23, additional medical supplies and ammunition were air-dropped onto the town, and General George S. Patton, anticipating future orders from Eisenhower, had already moved to relieve the town.

The American forces held out until Patton’s armor could relieve them, eventually bringing a closure to the bloodiest battle for the American forces in World War II, and cutting off and destroying many well-equipped German units, which were desperately needed in the East. However, World War II was far from over...

Hide
Hide Show
Discuss on Forum
Next
Select a region
Selecting another region may affect the website content.