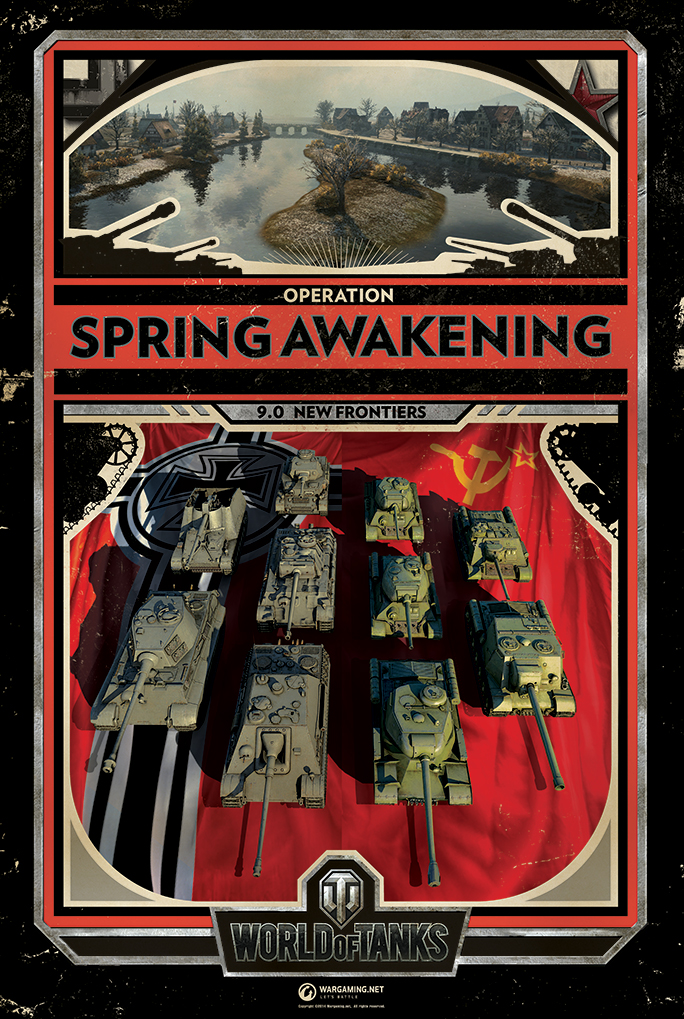 Operation Spring Awakening was a final effort by German and Hungarian Army units to delay the Red Army from capturing their last fuel reserves in Hungary.

The German army commenced the assault (referred to as the Plattensee Offensive) on March 6, 1945, utilizing many veteran units which had been salvaged from the failed Ardennes Offensive in the West, in addition to allied Hungarian forces.

A successful assault would push to the Danube river and recapture Budapest, before linking up with their south wing.

Once the assualt began, some of the last armored formations the Germans had, drove straight into the teeth of Soviet defenses.

The Soviet Army of the Third Ukrainian Front had learned well from the Battle of Kursk. They had prepared elaborate defensive positions and sited in large amounts of artillery batteries pre-sighted on and supporting “killing zones” up to thirty kilometers deep.

After ten days, even armed and equipped with Panthers, Tigers and Jagdtigers, the best the remnants of German industry had to offer, the combined German and Hungarian forces had only managed to penetrate thirty kilometers, and while their north wing did well, the south push met heavy resistance from both the Soviets and Yugoslavian Partisans under Marshal Tito.

As the German advance ground to a halt, losing steam, the momentum of the battle shifted.

On March 16, the Soviet forces counterattacked.

Bringing forward fast and mobile T-34’s and T-34-85’s, and supported by Heavy SU-model self-propelled guns and tank destroyers, the Third Ukrianian Front crossed the frontier into Austria by the end of the month, threatening Vienna and capturing the city by the month’s end.

While the Plattensee Offensive had some initial success due to impressive German tanks and tactics, it was too ambitious. The fighting around Lake Balaton hastened the German defeat by exposing the already defensive German forces to counterattack and further depleting their numbers.

With the capture of Vienna and the destruction of some of the last and best-equipped armored units, the German Army had to retreat further and faster. This backtrack would set the stage for a final, apocalyptic battle in Berlin and soon World War II would draw to a close.

Hide Show
Discuss on Forum
Next
Select a region
Selecting another region may affect the website content.