Still wondering why your clan needs a Stronghold at all? The main reason is the substantial bonuses that your clansmen get when using Reserves. You can not only increase the amount of credits, experience, and Industrial Resource earned, but also affect the combat outcome.

You can prepare Reserves in your Stronghold’s structures. You can also get Reserves for upgrading the Command Center and participating in War Games.

The Reserve Storage can be found at the bottom of the screen: 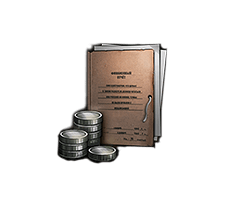 Bonus: Increases credits earned by all clan members after any battle. 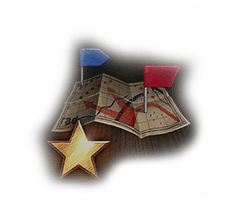 Bonus: Increases Free Experience earned by all clan members after any battle. 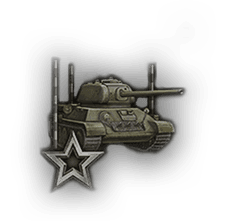 Bonus: Increases Combat Experience earned by all clan members after any battle. 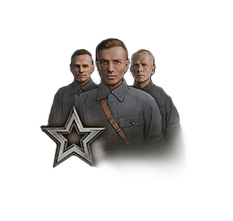 Bonus: Increases crew experience earned by all clan members after any battle.

Clan Reservists do not get Continuous-Effect Reserve bonuses. 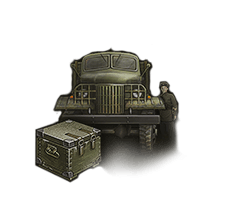 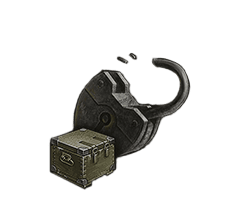 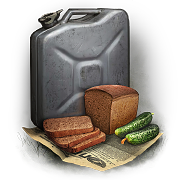 Bonus: Provides a bonus to major qualifications and all skills for the vehicle crew of the player who activated Inspire and nearby allied vehicles. Increases Industrial Resource income. Available for Skirmishes and Advances.

The clan can get Reserves in the following ways:

You must prepare a Reserve before it can be used for your clan’s benefit.

Only the Commander and Executive Officers can prepare Reserves.

The preparation time depends on the structure level. If a Reserve is being prepared, a gear icon appears above the structure

To view the remaining preparation time, click the relevant structure.

Getting Reserves for a Command Center Upgrade

Getting Reserves as a Reward in War Games

Clans that take prize-winning positions in War Games are rewarded with Continuous-Effect Reserves of level XI and XII.

The level and quantity of the Reserves the clan gets as a reward depends on the discipline the clan has competed in and the position it has taken.

Clans can get bonuses for using the Battle Payments and Additional Briefing Reserves of level XI and XII only if they play on Tier X vehicles.

After upgrading a structure, the level of the Reserves already prepared in the structure remains the same.

Bonus: Industrial Resource for battles in Skirmishes and Advances.

Bonus: Provides a bonus to major qualifications and all skills for the vehicle crew of the player who activated Inspire and nearby allied vehicles. Increases Industrial Resource income.

Reserves of level XI and XII provide an additional bonus: Wind down time. After the Inspire effect runs out or the player leaves the effect radius, they will still continue to receive the Reserve bonus for a certain period of time.
Artillery Strike

To use a Reserve, you first need to activate it. Only clan members with the following positions can activate Reserves:

To view your clan's history of using Reserves, click

LOG in your Stronghold and go to the Reserves tab. 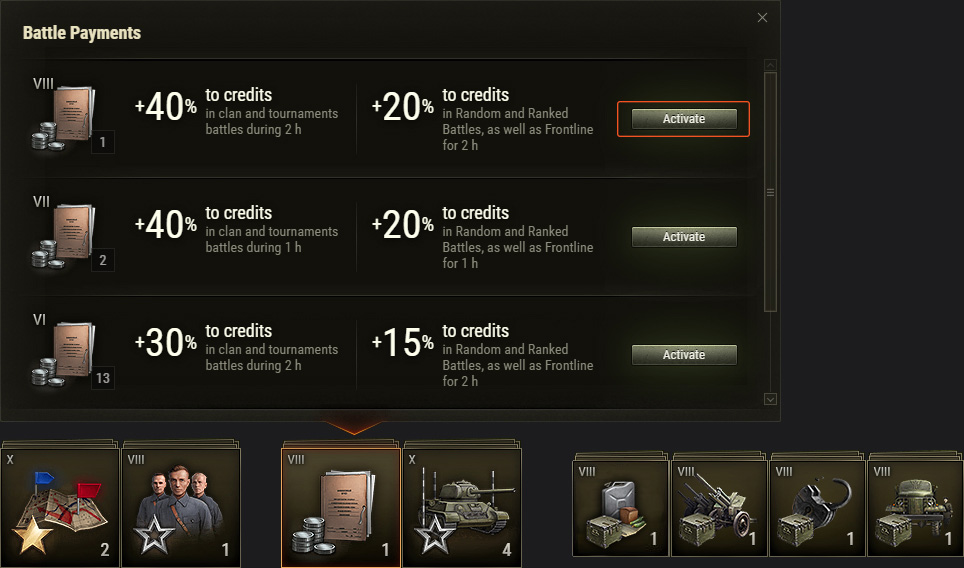 To use a Continuous-Effect Reserve:

The Reserve is activated immediately. The remaining Reserve duration is displayed above the Reserve.

After you activate the Reserve, you cannot cancel your action. 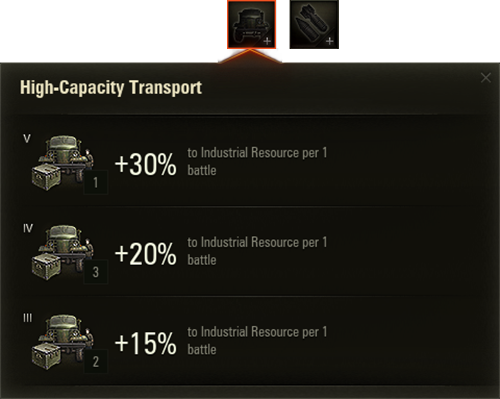 To use a One-Time-Effect Reserve:

After each battle Reserves of the same type and level are automatically resupplied if they’re available in the Reserve Storage.

If you’ve changed your mind and don’t want to use the enabled Reserve, select it and click Disable.

Inspire and Artillery Strike are different from the other Reserves. For these, you'll need to enable the Reserve when creating a detachment, then activate it right in battle.

Using Several Reserves at Once

Try to use several Reserves at the same time to earn even more credits, experience, and Industrial Resource.

Remember that the following Reserves cannot be used together:

To take advantage of a Combat Reserve, it must be enabled before battle, and then activated right on the battlefield (see Using Reserves). Combat Reserves can be activated 55 seconds after a battle starts.

In battle, the Detachment Commander can order an Inspire or Artillery Strike, or they can assign the responsibility to another player in the Detachment. Any player, including a legionnaire, can be given the authority to activate one or both of the Reserves.

icon will appear to the right of the player’s name. If a player has been assigned to both Reserves, the

To revoke your decision, right-click the player’s name and select Take Artillery Strike or Take Inspire. Now, you have taken back your right to activate Combat Reserves on the battlefield.

If you don’t activate a Combat Reserve in battle, you won't earn its extra profit. The unused Reserve is not spent and will be returned to the Reserve Storage.

Provides a bonus to major qualifications and all skills for the vehicle crew of the player who activated Inspire and nearby allied vehicles. 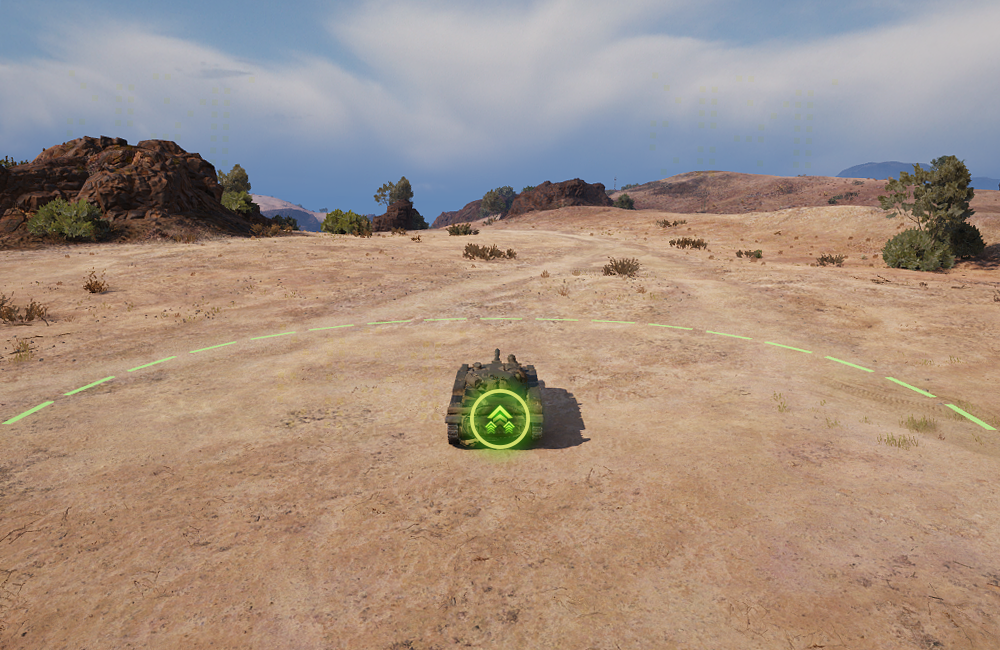 To use Inspire in battle, press the key that corresponds to the Inspire Reserve (7–9 by default).

The effect radius is marked by a green dashed line around your vehicle, and a timer will appear in the center of your screen. The player that activated the Reserve can be identified by the

icon, while players under the Inspire effect will have the

Only your allies will be able to see the effect radius and timer, but both teams will see which players are under the Inspire effect. 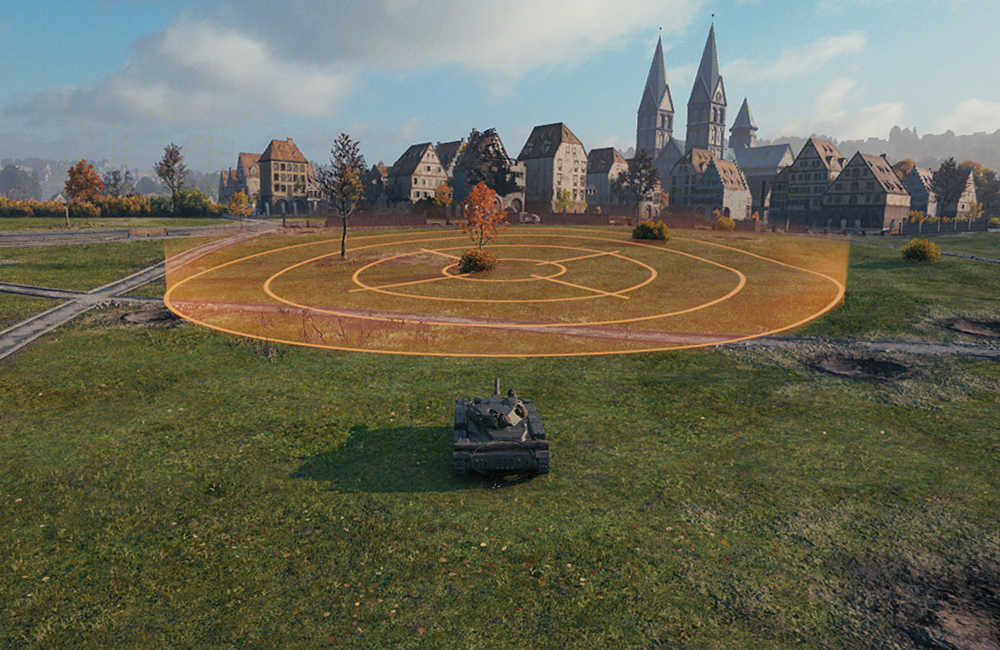 To use Artillery Strike in battle:

Before the damage area is locked, there are three ways to cancel the use of a Reserve: