Greetings, Commanders! Get ready to continue your victorious tank journey in Battle Pass: Season 4, which you can already experience during the second Common Test of Update 1.12! You’ll also have the opportunity to try your hand at the ultimate Season of Ranked Battles 2020–2021.

In 2021, we'll continue the Season-based approach, so new Battle Pass Seasons will await you in spring, summer, and autumn. However, the number of Stages in each Season, how Points are earned, and the reward system will all be revamped.

Battle Pass: Season 4 is available only for preliminary testing. Various characteristics and values that are relevant for Common Test 2 may not correspond to those in the final version. All rewards in Battle Pass during this Common Test are for testing purposes and may be replaced by other prizes.

Each Battle Pass Season will consist of 3 Chapters, and there will be no longer an Elite Progression. Each Season Chapter will consist of a certain number of Stages. You will continue earning Points, completing Stages, and receiving rewards, but now, each Season will have three Core Vehicles and characters. Accordingly, there will also be three stunning progressive styles (more on those below).

Battle Pass Points can also be earned by completing Daily Missions. The more challenging the mission, the more Points you get.

Instead of deciding which modes to play to earn Battle Pass Points, you can simply pick the ones you prefer and obtain rewards via a single comprehensive Battle Pass activity.

As before, the number of Points* earned depends on your position in your team’s post-battle ranking by XP earned. Even if your team lost or drew, you can still receive Battle Pass Points.

The Points allocation below is for testing purposes only and may not correspond to the final version of the activity.

All three tanks will feature special rules for obtaining Battle Pass Points in both Random and Ranked Battles.

Once you have earned the maximum number of Battle Pass Points for a particular vehicle, you will receive additional Points as a reward. The Point limits in the table below apply only to Common Test 2.

Three commanders will accompany the Core Vehicles: familiar faces Vasiliy Badaev and George Barton have returned along with a new hero, Shan Ling. You can recruit all three characters as custom crew members with Brothers in Arms (as a zero perk) and enough XP to learn two more perks/skills. Each crew member’s nation and specialization can be changed.

There will also be three brand-new progressive styles for the three Core Vehicles, which can be upgraded as you earn Battle Pass Points and reach certain Progression Stages.

Each style starts at Level 1, its most basic form, and obtains more 2D and 3D elements as it evolves all the way to Level 4.

Before the start of each Season Chapter, you will be able to choose one of the three Level 1 styles and gradually upgrade it. Be sure to play all three Season Chapters if you want to collect them all!

At the end of the Season, you will be able to purchase style Levels (not the styles themselves!) for gold, but only for those styles that you have already earned. For example, if at the end of the Season you have earned one Level 4 style and one Level 2 style, you can purchase the missing 2 Levels you didn't manage to unlock for the second style. The third style will not be available.

New Bounty Equipment and Other Rewards

In the new Season, you'll be able to choose standard equipment from different categories as a reward, as well as one piece of any existing Bounty Equipment for every Season Chapter. We are also adding a brand-new piece of Bounty Equipment, Bounty Aiming, to the Improved Rewards pool. 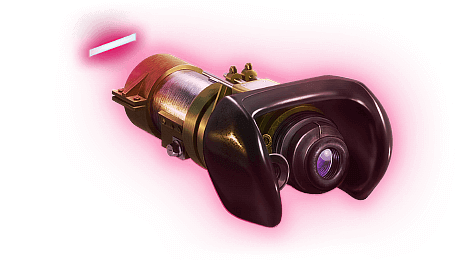 You can also get your hands on a bunch of other valuable prizes such as:

A new reward currency will also be added to Battle Pass—Tokens. Similar tokens were previously awarded during Expedition 2020, but they are now exclusive to certain Stages in the Battle Pass Progression. These will be redeemable for vehicles and other valuable items in the new Items for Tokens section of the in-game Store. Head there to check how many Tokens you've earned!

Finally, two Battle Pass packages containing Base and Improved Rewards for all three Season Chapters will be distributed during Common Test 2. The second package will also feature a special mission for earning gold.

These packages are for testing purposes and will not be free in the release version of the activity.

Starting with the second Common Test, you'll have the opportunity to experience the epic final Season of Ranked Battles 2020–2021.

From the final Season onwards, you have a chance to earn the unique "Performance" Engraving for your Dog Tag. It will feature 10 levels displaying your tank mastery and battle prowess. The Engraving's level depends on your battle performance during your best Season in the current year of the Ranked Battles. To unlock this status Engraving, you need to qualify for a League at least once in any Season of 2021.

Join the test, push yourself to the limit to earn the exclusive "Performance" Engraving, and share your impressions of this ultimate showdown with your worthy Tier X opponents!

Join Common Test 2, try out the reworked Battle Pass, and share your impressions!

The Performance engraving for the Dog Tag has been added. The engraving level depends on the performance during the best Season within the current year of Ranked Battles, in which the player qualified for a League.

Support for Battle Pass in Ranked Battles has been added.

In Stronghold mode, added support for battles with "fog of war" enabled.

HOW THE CT WORKS

Participate in the test using the Wargaming.net Game Center.