The first Common Test for Update 1.10.1 is now available, Commanders!

Dog Tags, a very special feature from last year’s Tank Festival, will be making their return. We’re also continuing to rebalance and adjust the characteristics of several popular high-tier medium tanks. Plus, you’ll have the opportunity to complete reworked Daily Missions and experience Season 2 of Ranked Battles 2020–2021. Read up on the first Common Test to learn what the update will bring to the battlefield!

Do you remember Dog Tags from last year’s Tank Festival? Dog Tags served as your unique signature on the battlefield and had a purely aesthetic purpose: to entertain players and taunt defeated adversaries.

After the Festival, we took a break to study your feedback and reflect on the future of this mechanic. We're now ready to bring Dog Tags back to life and re-introduce them into the game on a permanent basis but in a slightly revamped format. Join the Common Test and be the first to try out this updated feature!

Dog Tags will now be your personal “business cards” on the battlefield. The updated Dog Tags will consist of three elements:

The engraving is the most important part as it displays the main information that your defeated enemies will see. To unlock this element, you must accomplish certain conditions. There will be 3 engraving categories, each of which is designed to show your supremacy over your rivals:

Dog Tags will have several levels available for each of these categories. Upon achieving a certain level, the color of the engraving will change. Thanks to this, your Dog Tags will become a truly unique mark of glory that makes you instantly recognizable on the battlefield.

More details about this feature will be published in a dedicated article at a later date, so stay tuned!

We're continuing our systematic work on adjusting the characteristics of vehicles. This time, we’ll be revising the battle parameters of several German, Chinese, and Soviet high-tier medium tanks.

In particular, we’re going to improve the following tanks:

The E 50 and E 50 Ausf. M will receive more durable turrets with strengthened frontal armor. In addition, the E 50’s 10.5 cm gun will have increased armor penetration when firing standard shells, while the 8.8 cm gun will have increased alpha damage. The Panther II and Panther 8,8 will also boast more serious alpha damage when firing with the 8.8 cm gun.

We’re also adjusting the effectiveness of another popular German vehicle, the Leopard Prototyp A, after reviewing statistics from the Update 1.10 release. Here's a list of changes this tank will undergo:

Chinese high-tier medium tanks will become more effective in close combat thanks to improved guns and increased survivability. The 121 will have increased engine power, shell velocity, and armor penetration with standard shells. The vehicle's armor will also be strengthened, and its HP will increase from 1,950 to 2,050.

The WZ-120 will feel more comfortable in close combat. In addition to an increased HP pool, forward speed, and shell velocity, the reload time and gun dispersion during turret traverse will be reduced.

As for the Object 140, its gun depression angle will increase from -6 to -7 degrees. The upper glacis plate will also be strengthened to increase its survivability and make it more effective in battles.

Take these rebalanced mediums for a spin and share your feedback!

The most competitive mode in World of Tanks is returning to the game with an exciting new Season! It will be available to all Commanders during the first Common Test with several changes:

Get ready to experience intense battles in one of the most competitive modes in World of Tanks!

We’ve been studying your feedback on the revised Equipment system and making slight improvements to this fundamental feature along the way. During the first iteration of the Common Test, you’ll be able to try out the following refinements to Equipment 2.0:

As we announced earlier, equipment of an inappropriate class for Tier II–VII vehicles will be demounted during the first Common Test. In addition, when Update 1.10.1 is released, you won't be able to receive the 30 free Demounting Kits. Credit bundles will also no longer be available.

In Update 1.10.1, we've slightly reworked four (4) maps to address some balance issues: Berlin, Westfield, Ruinberg, and Erlenberg. You can interact with the maps below to see what has changed.

We're still studying your feedback on this new locale and we’ve already detected some areas where we see room for improvement. During the Common Test, you’ll be able to experience battles with slight balance changes that level the playing field for both teams and make the game more fair and balanced: 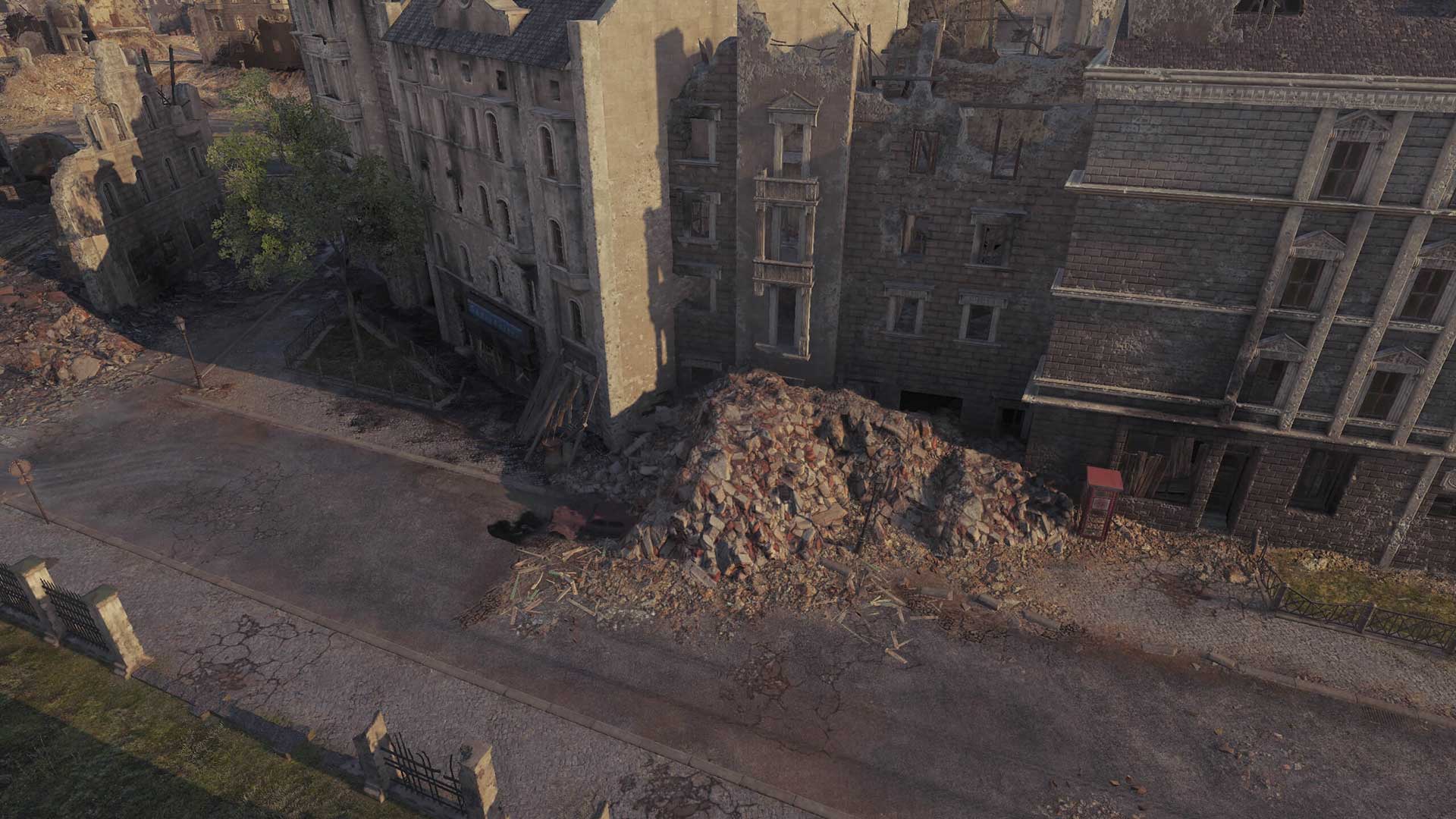 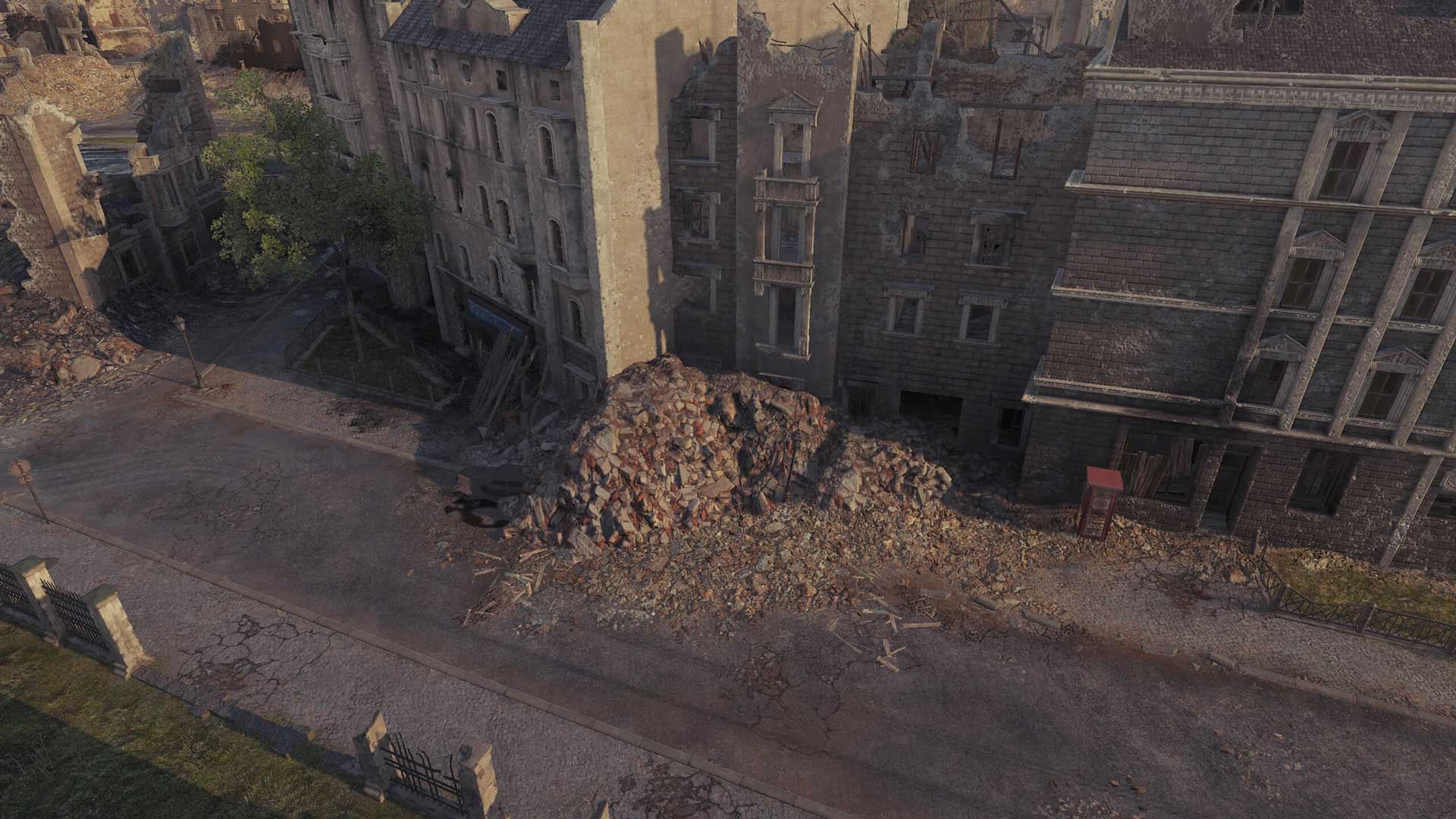 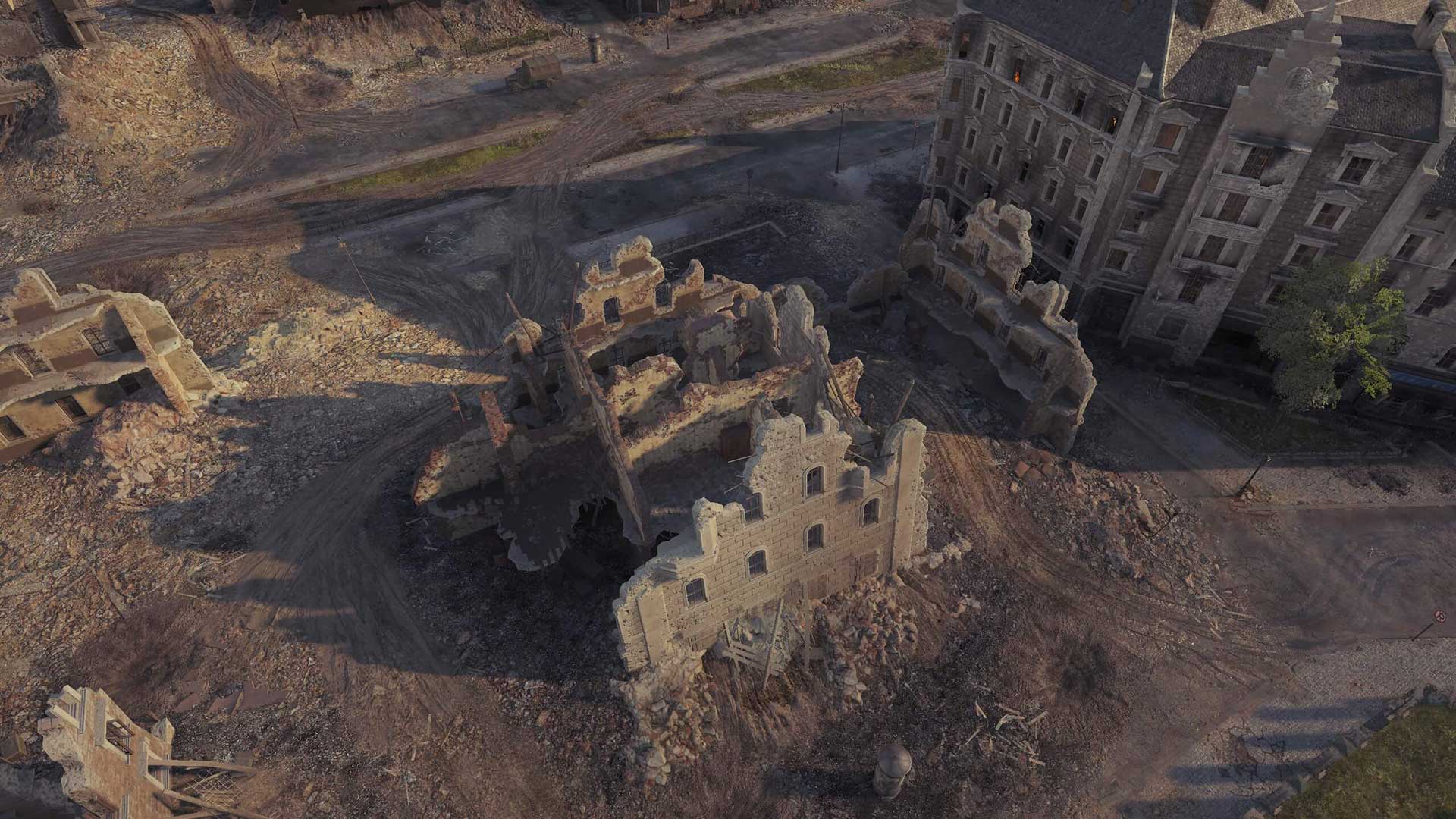 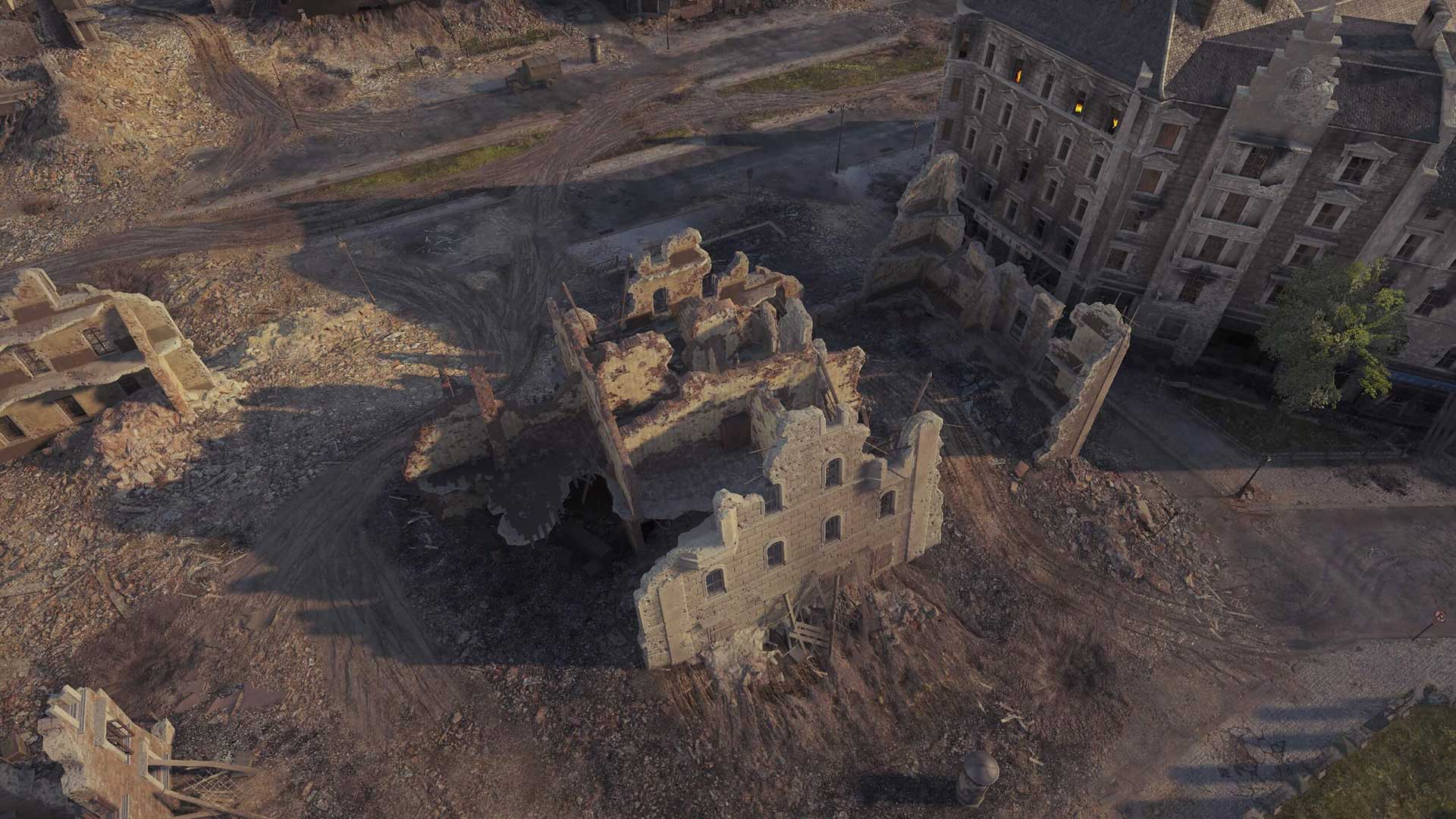 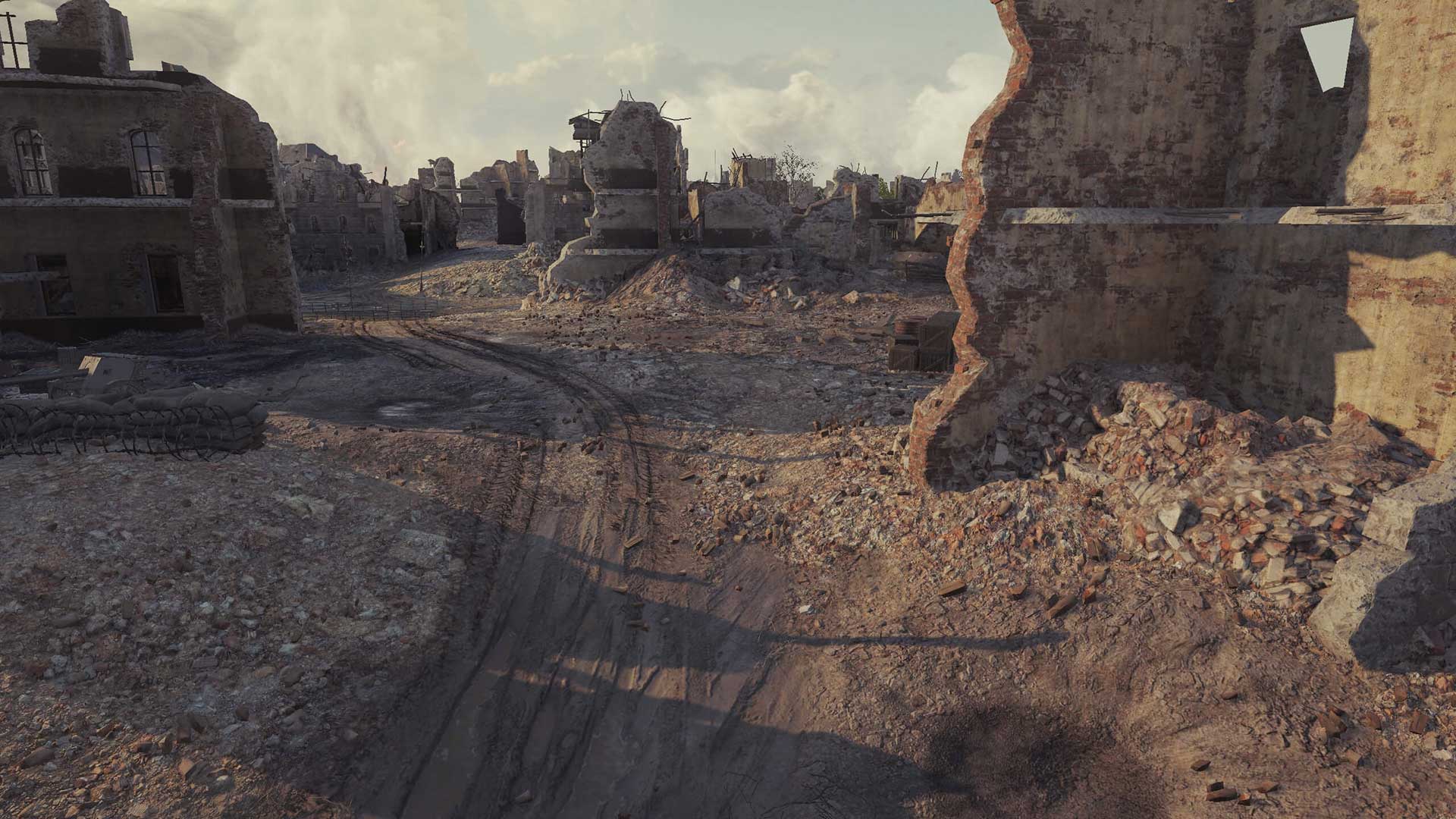 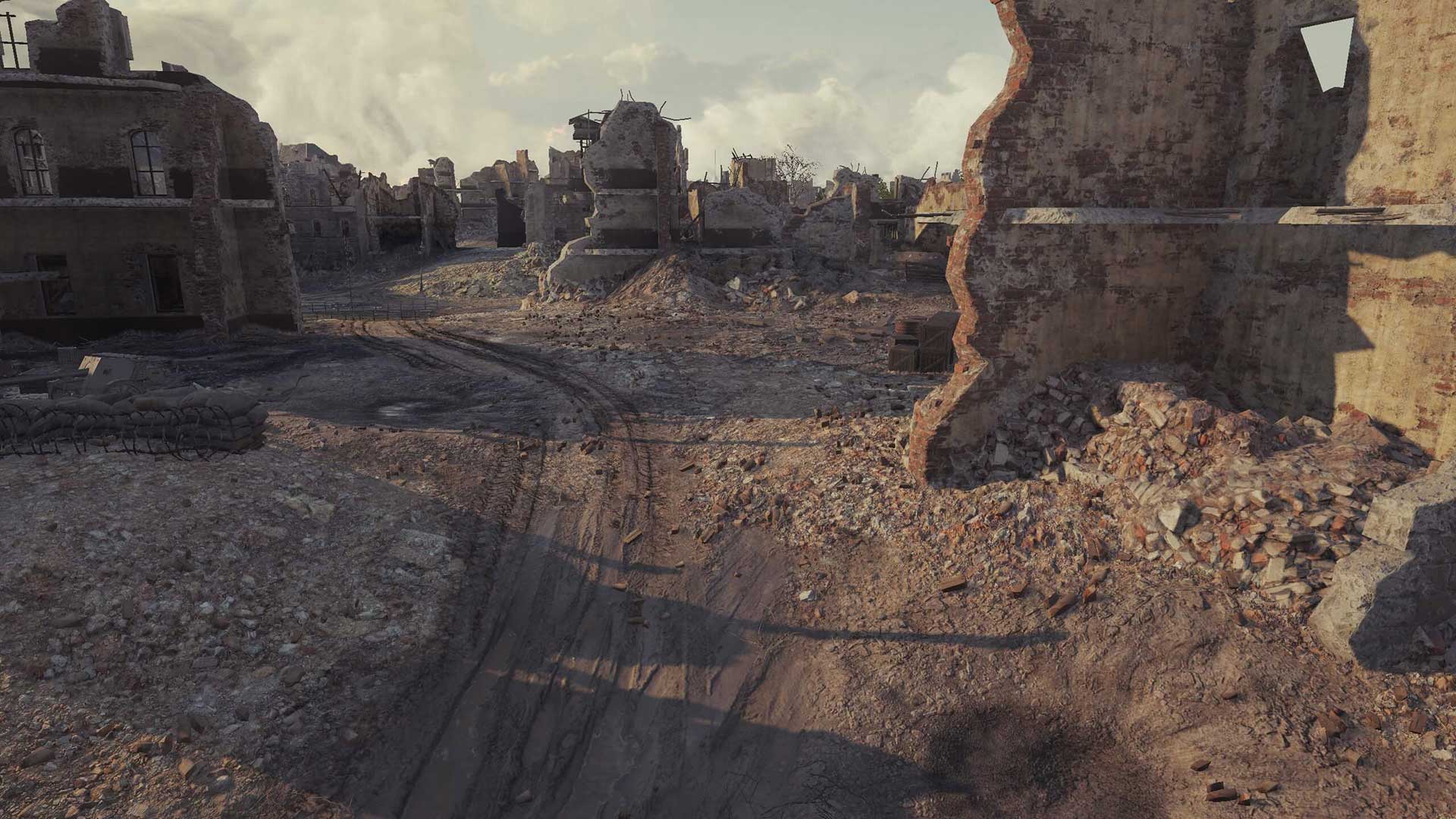 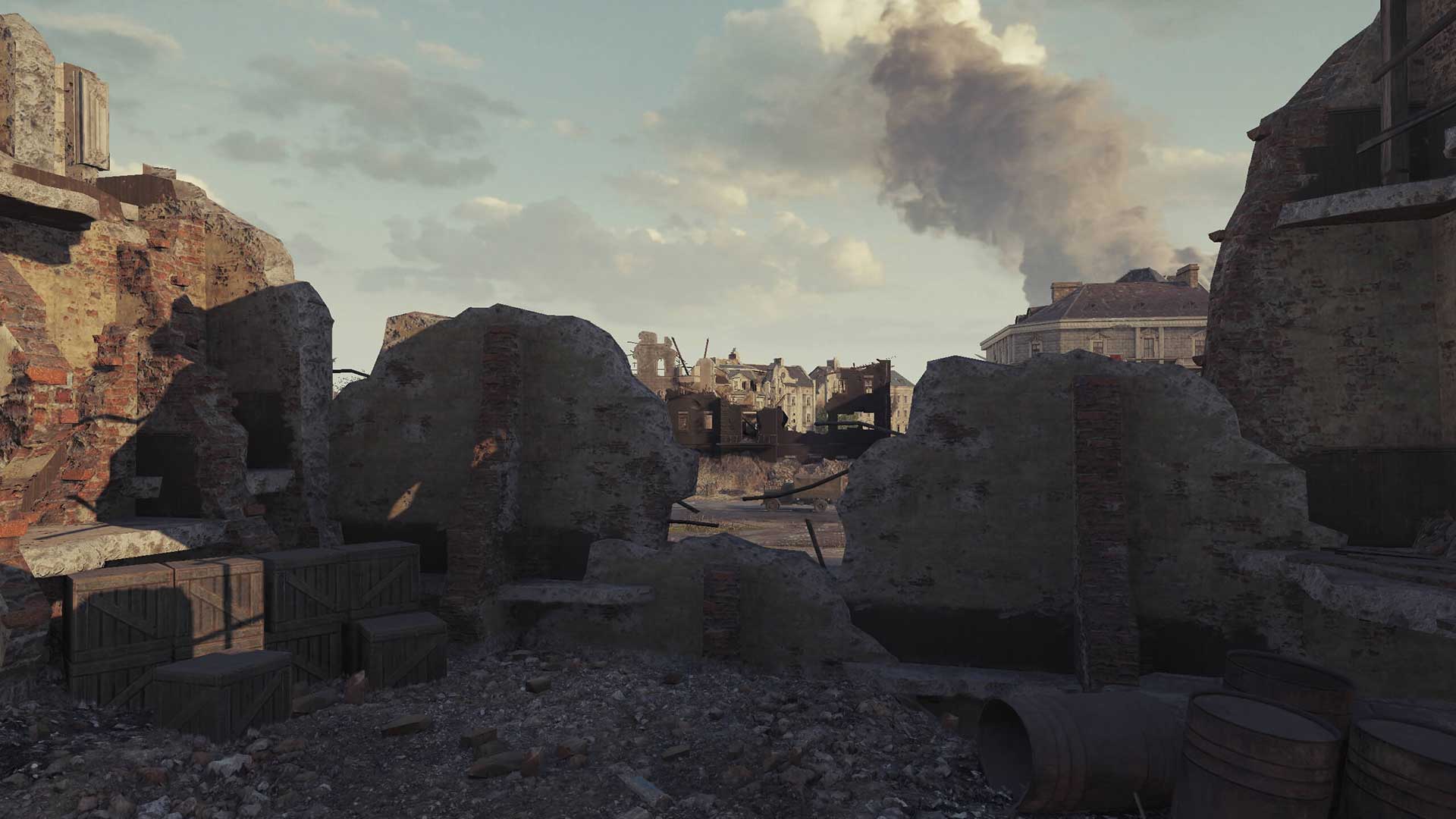 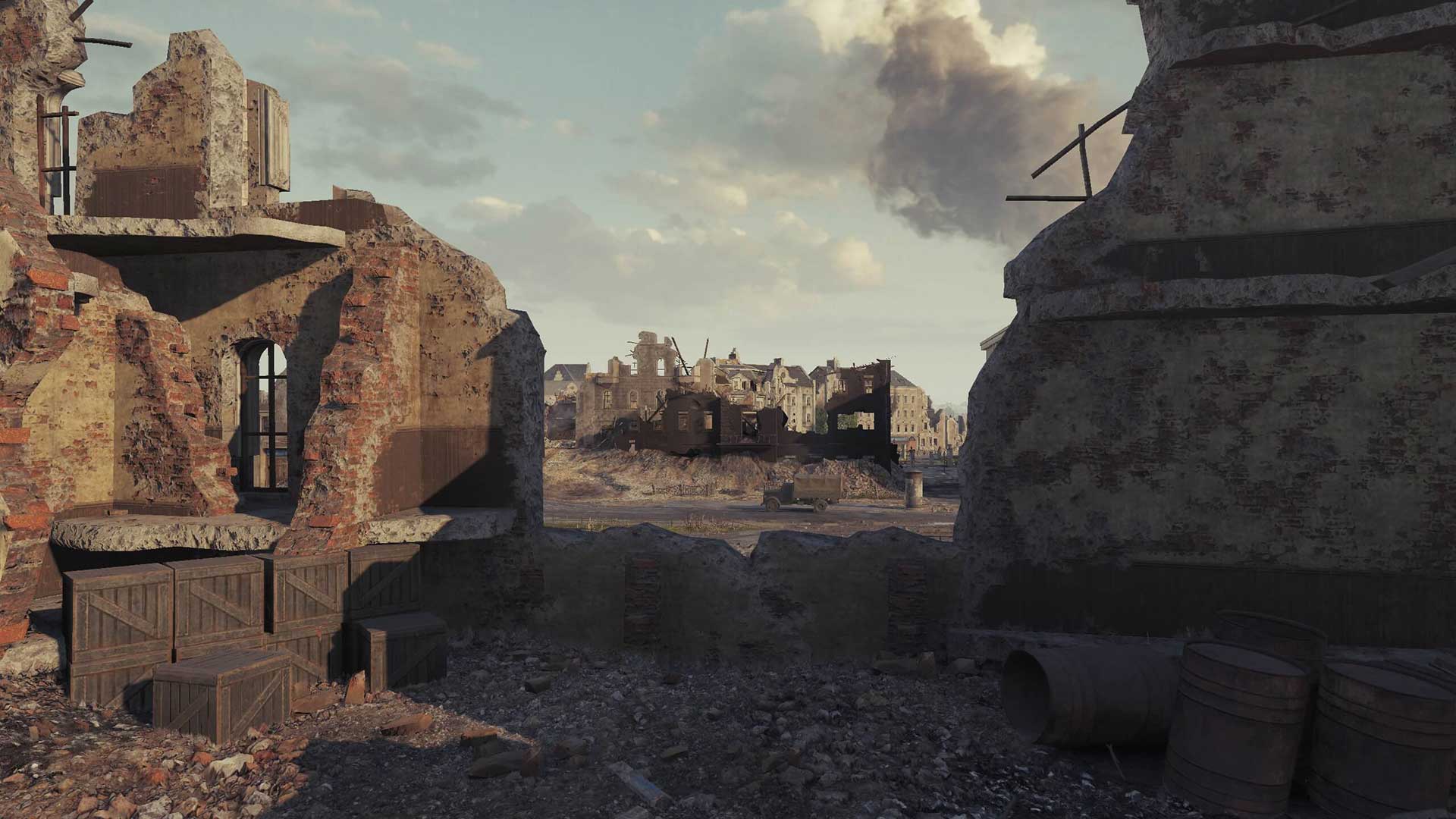 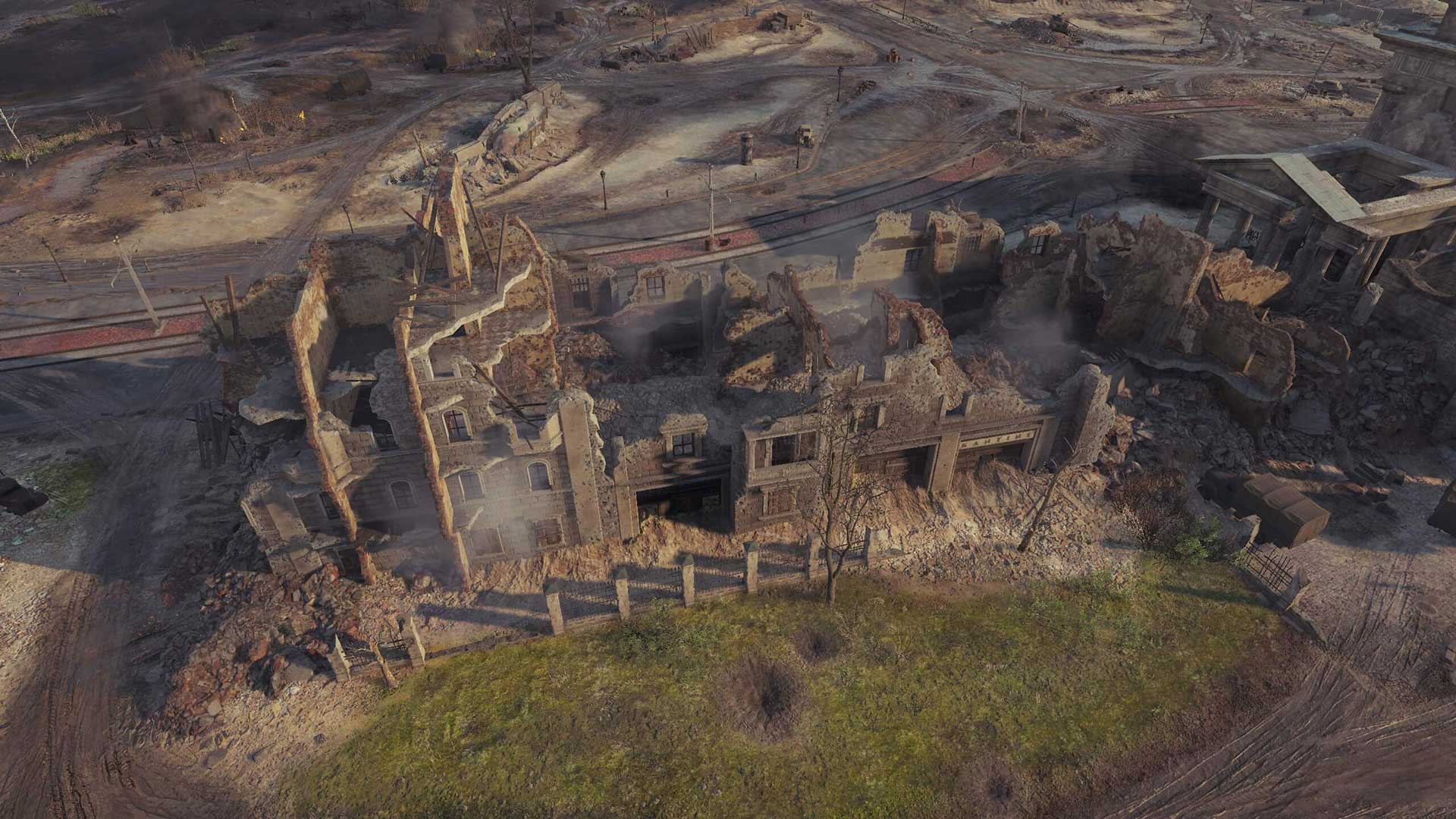 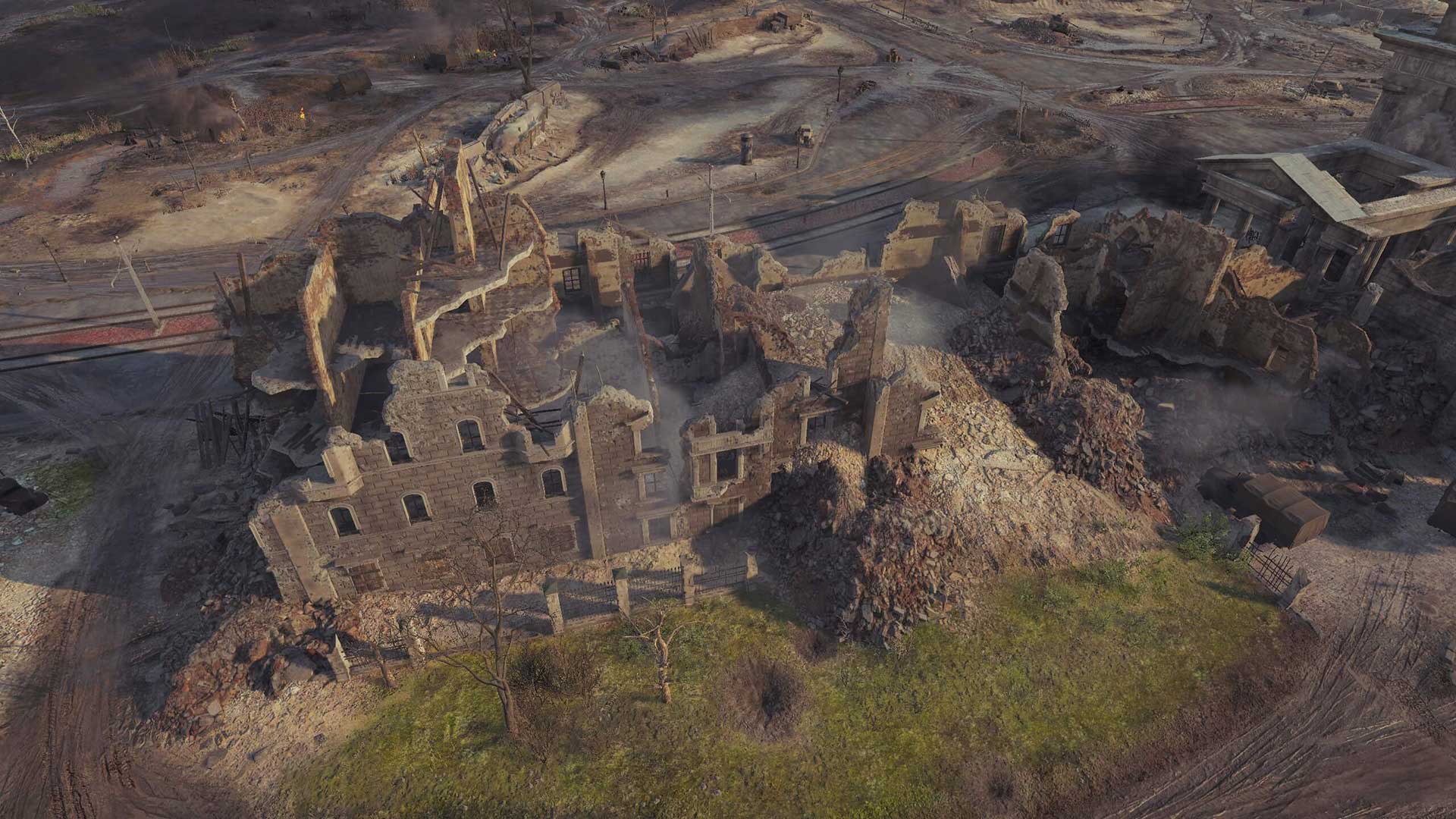 Keep exploring Berlin, hone your skills, and share your feedback on these changes! 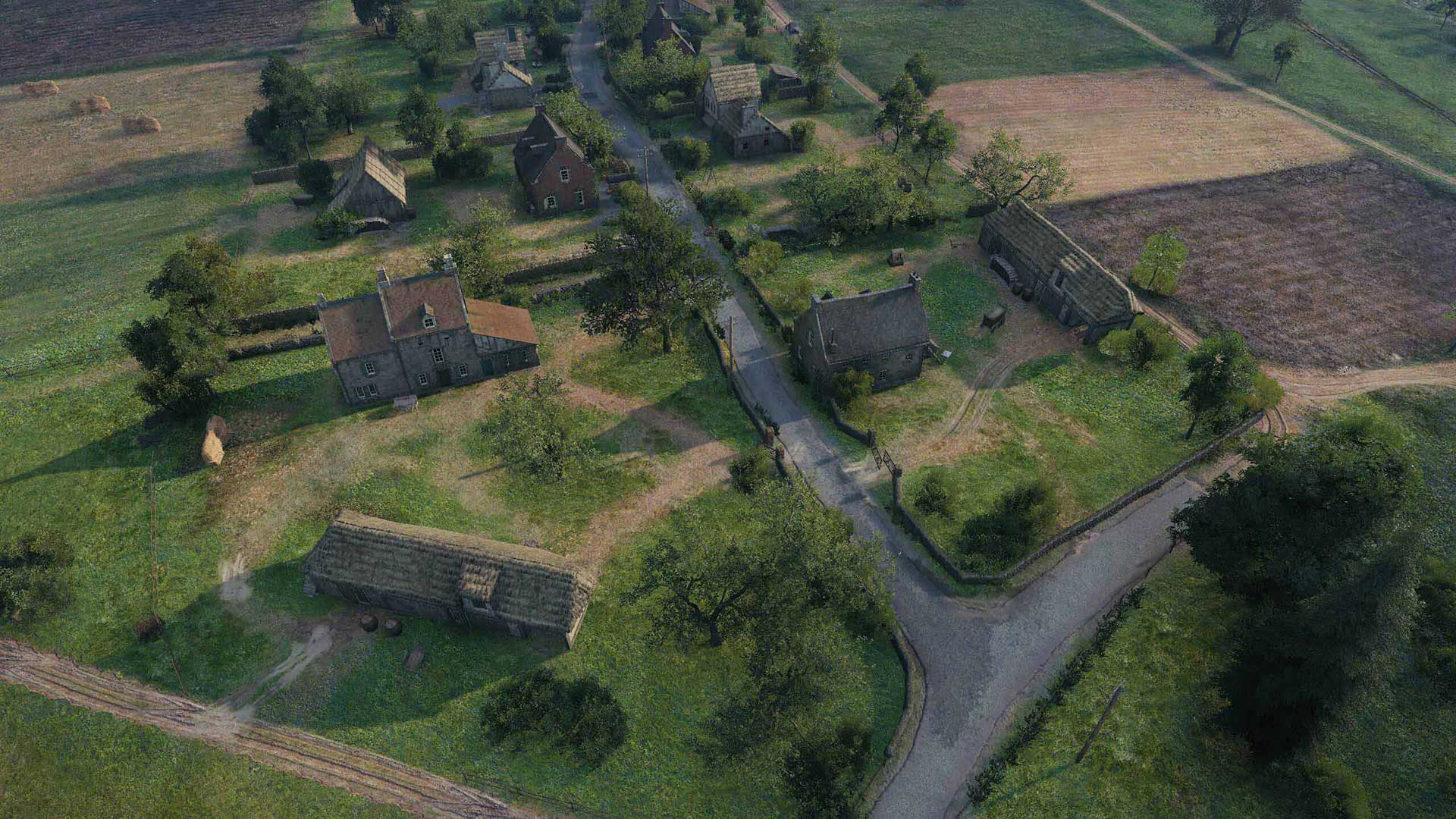 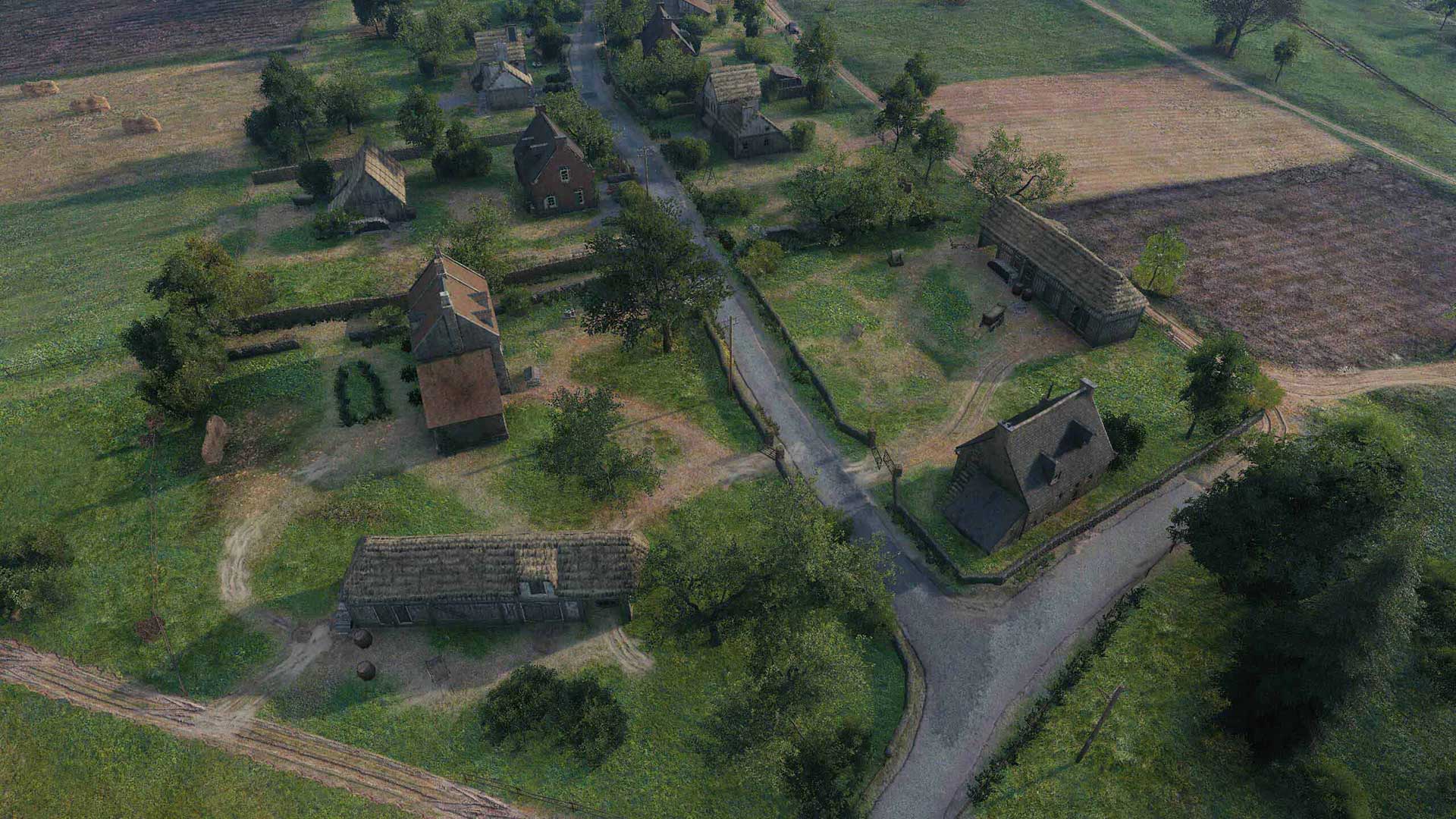 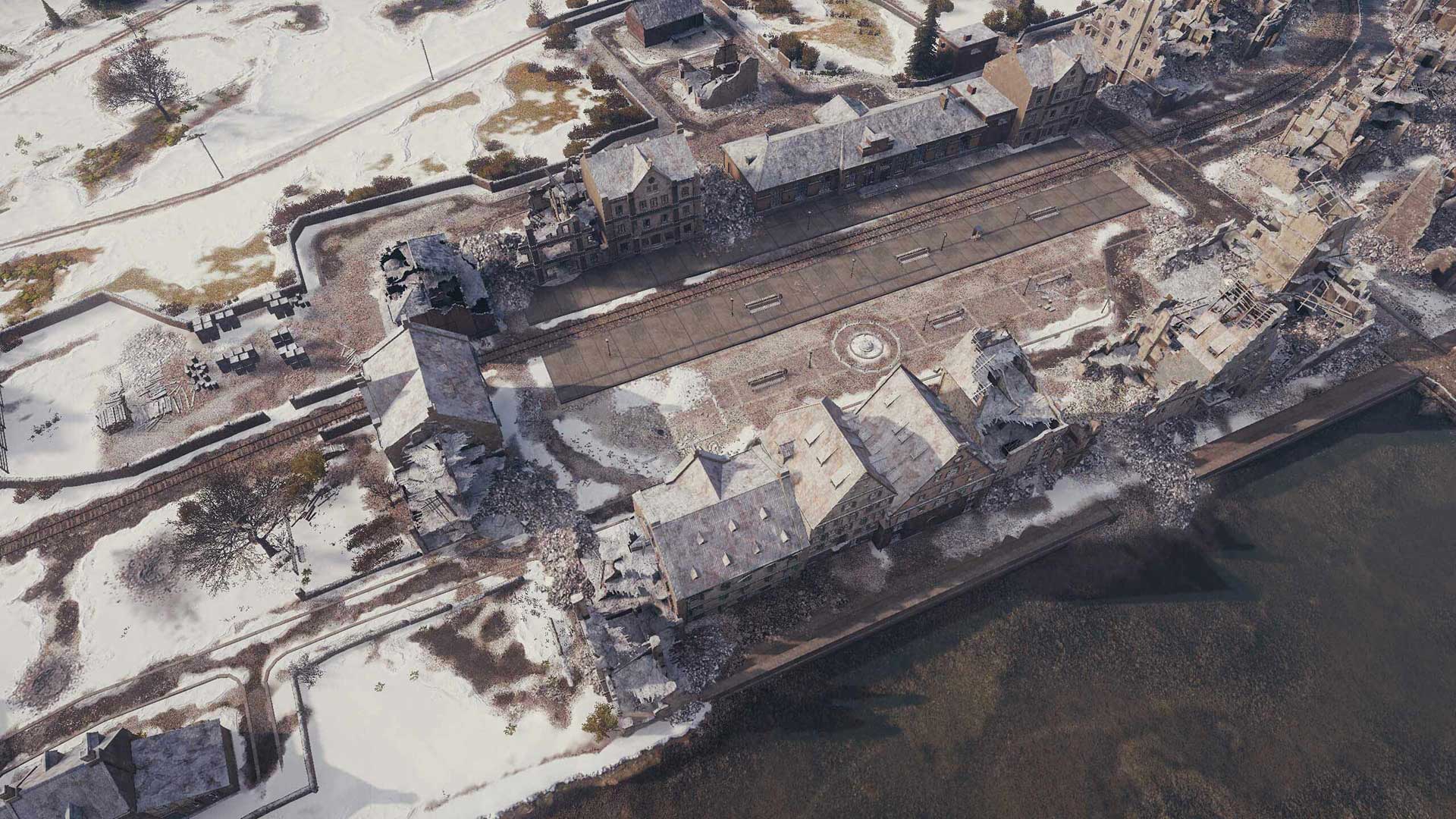 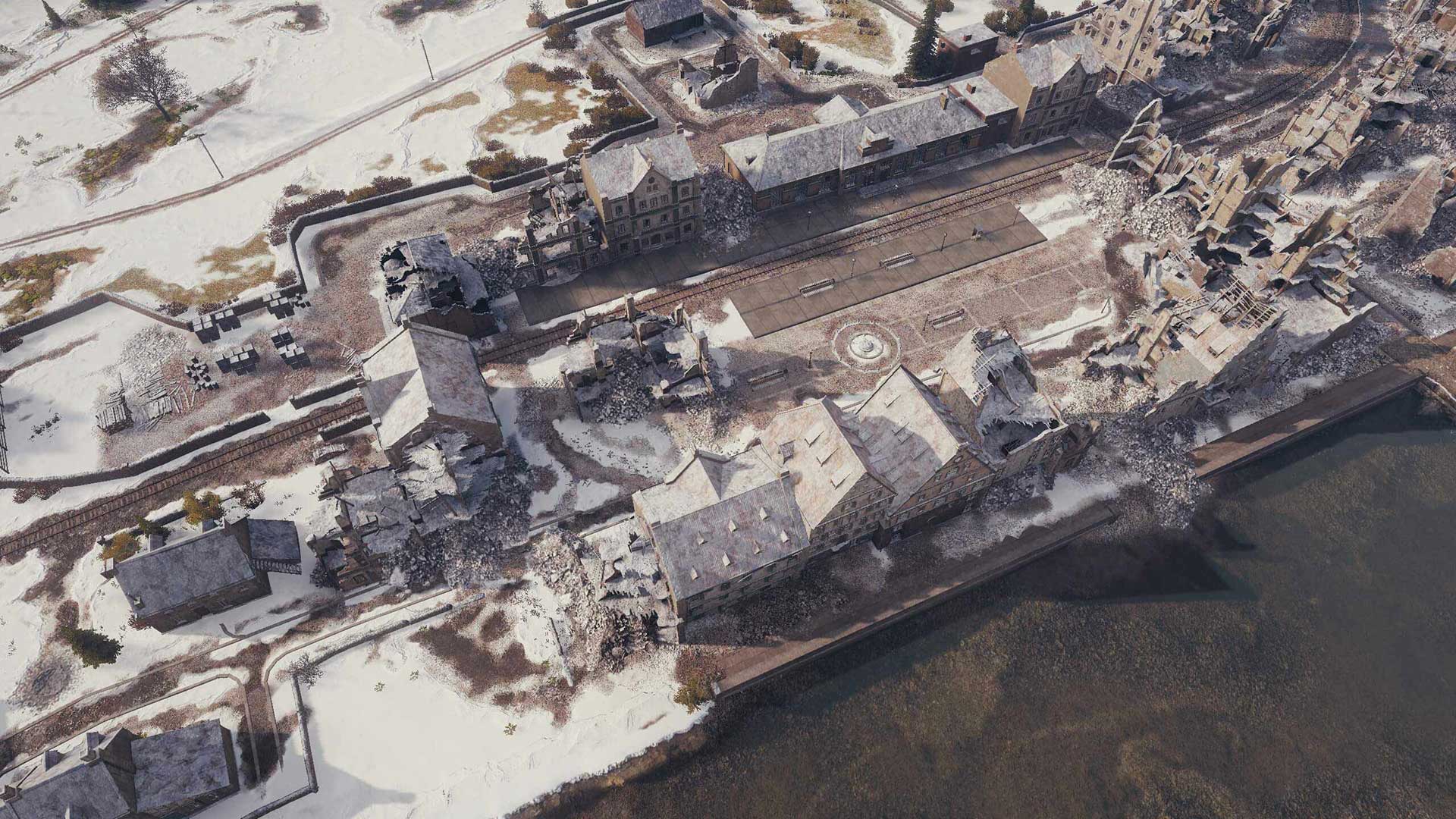 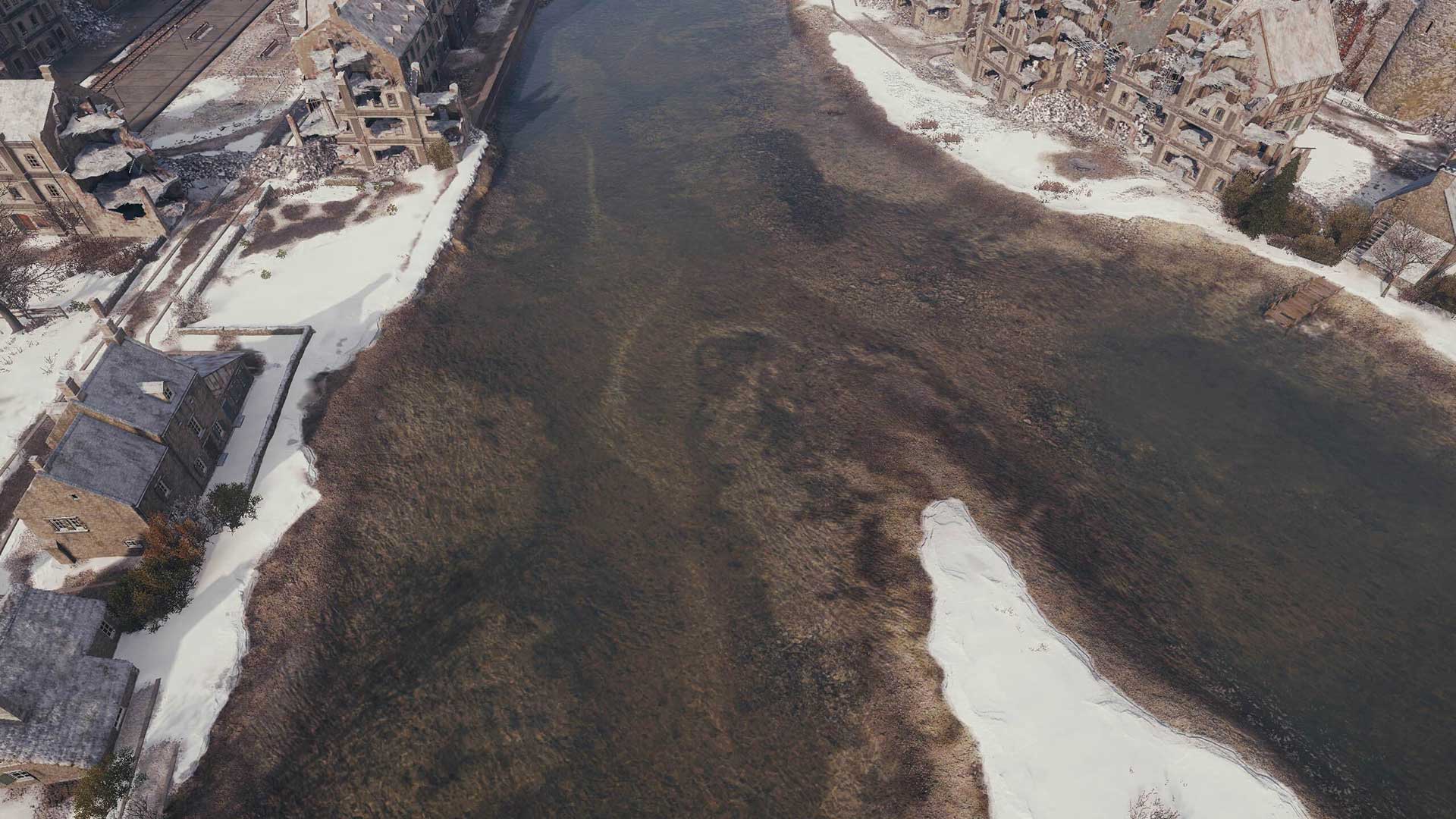 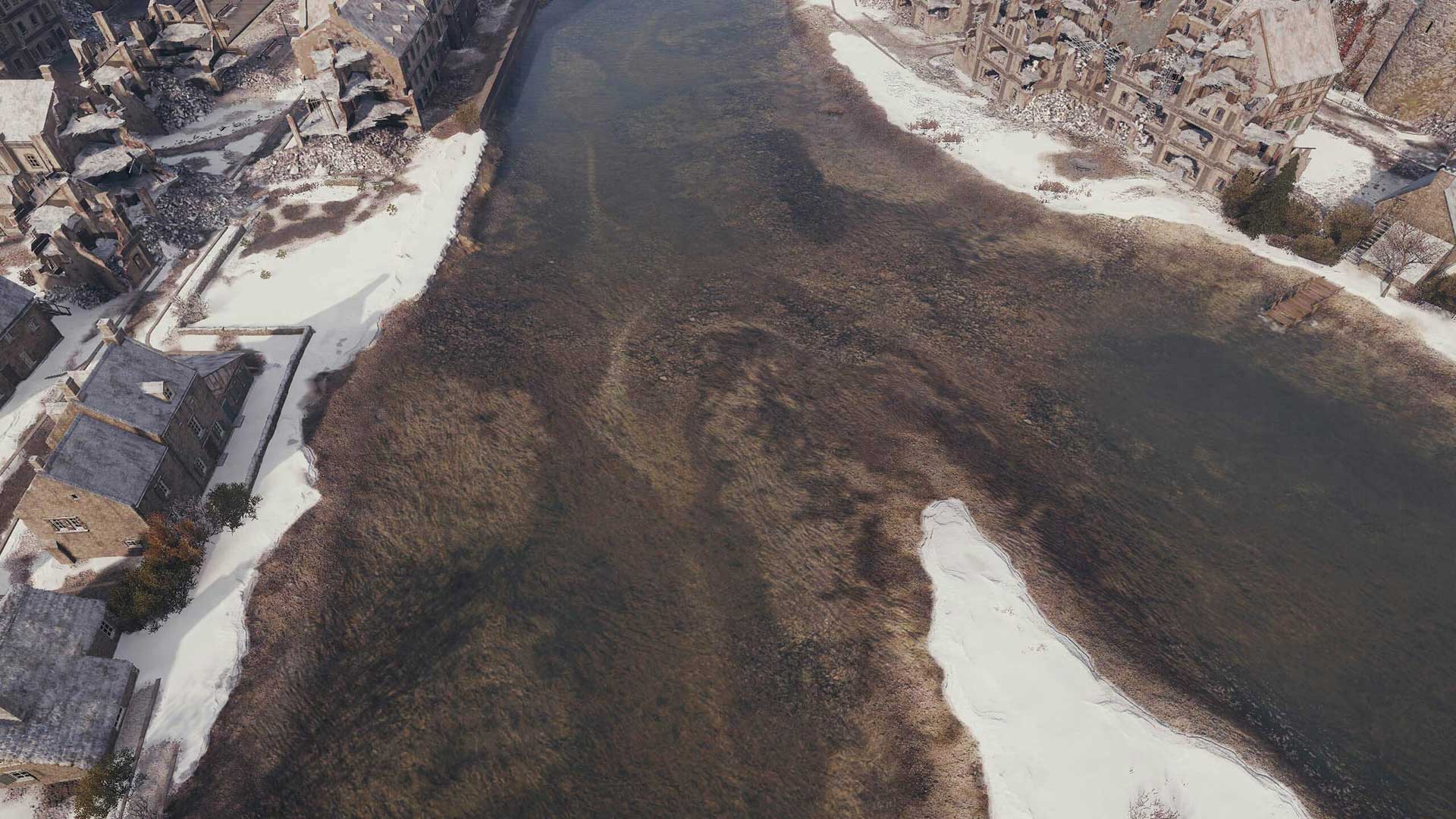 A number of minor changes have been made to make the game more balanced and reduce the influence of the upper team. 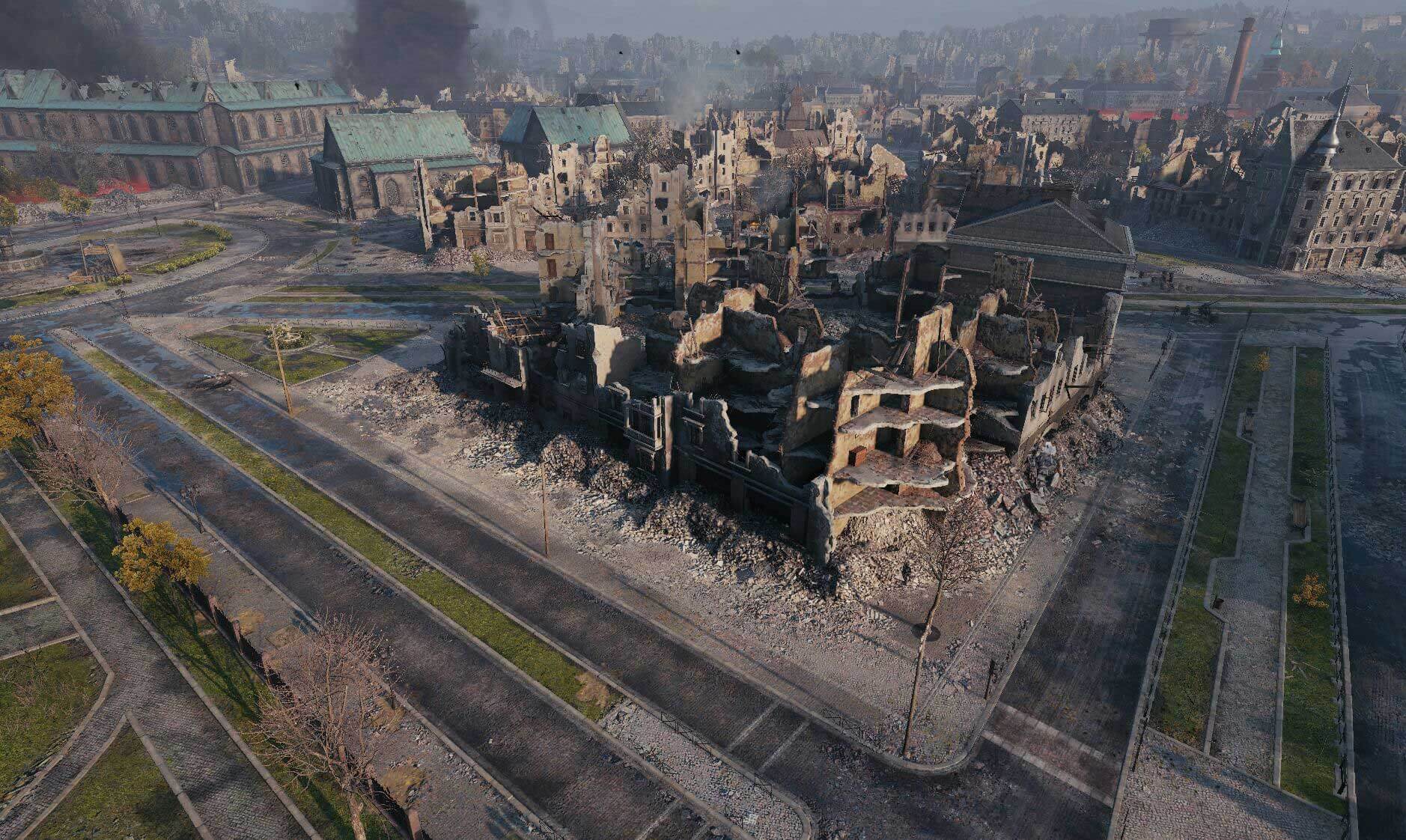 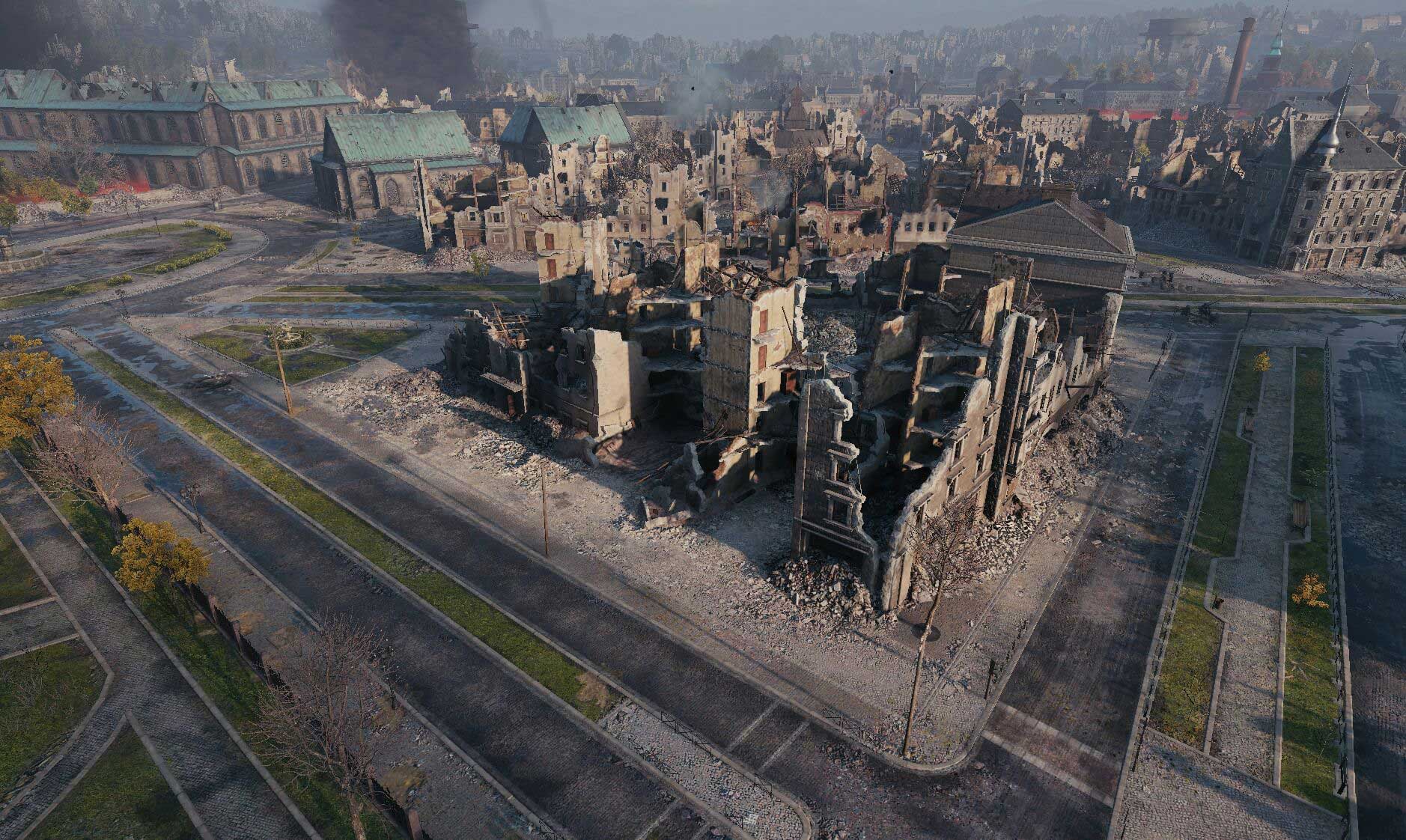 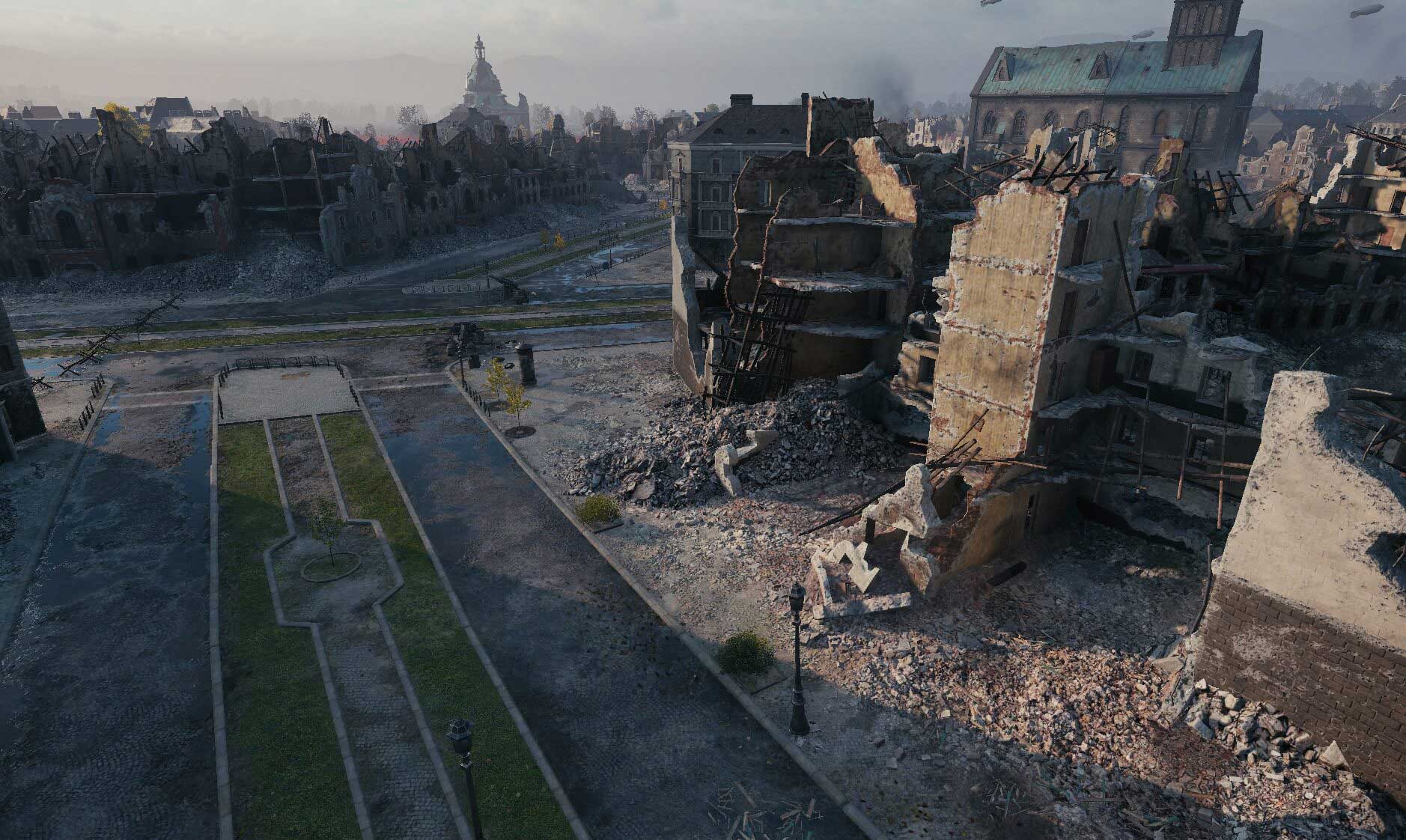 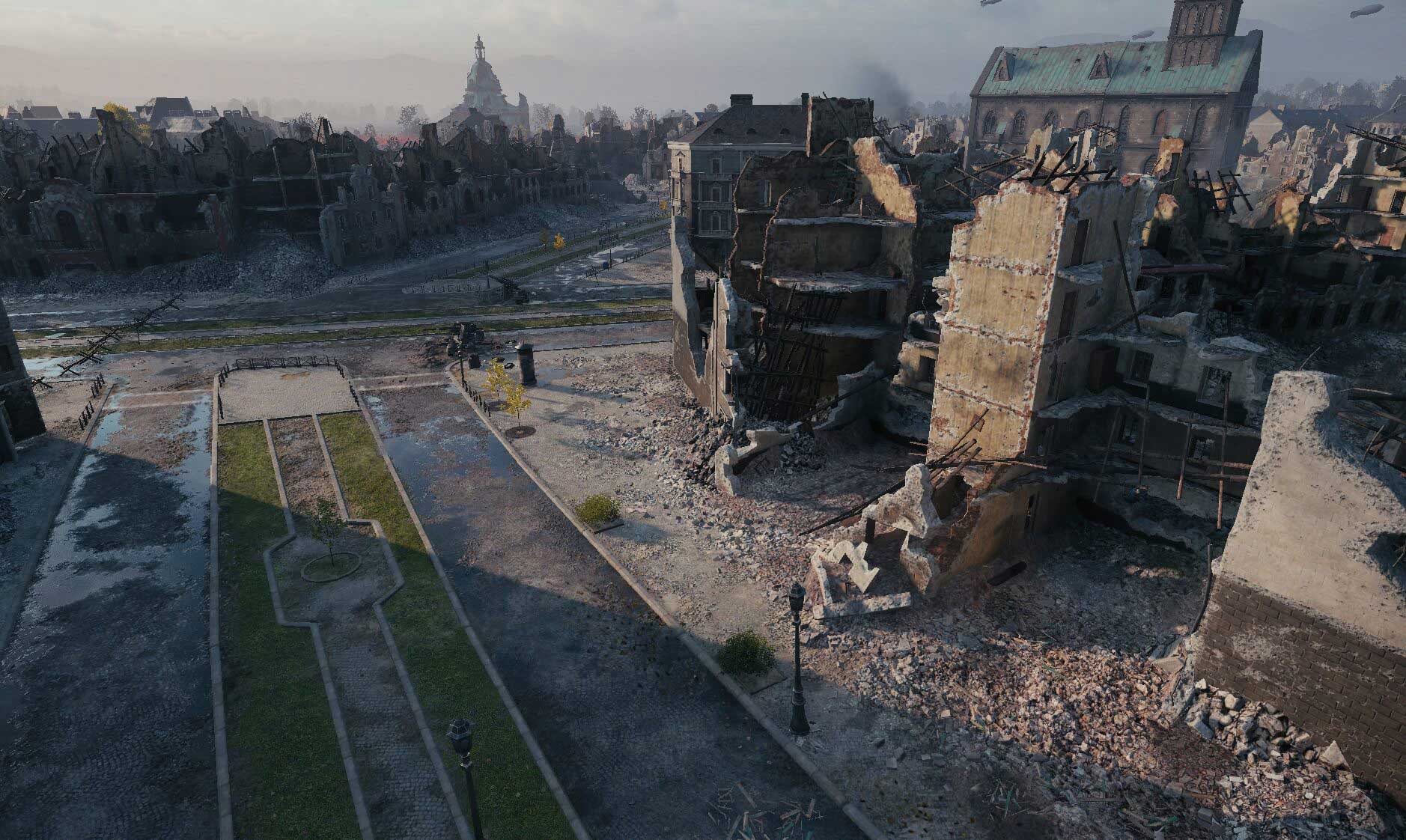 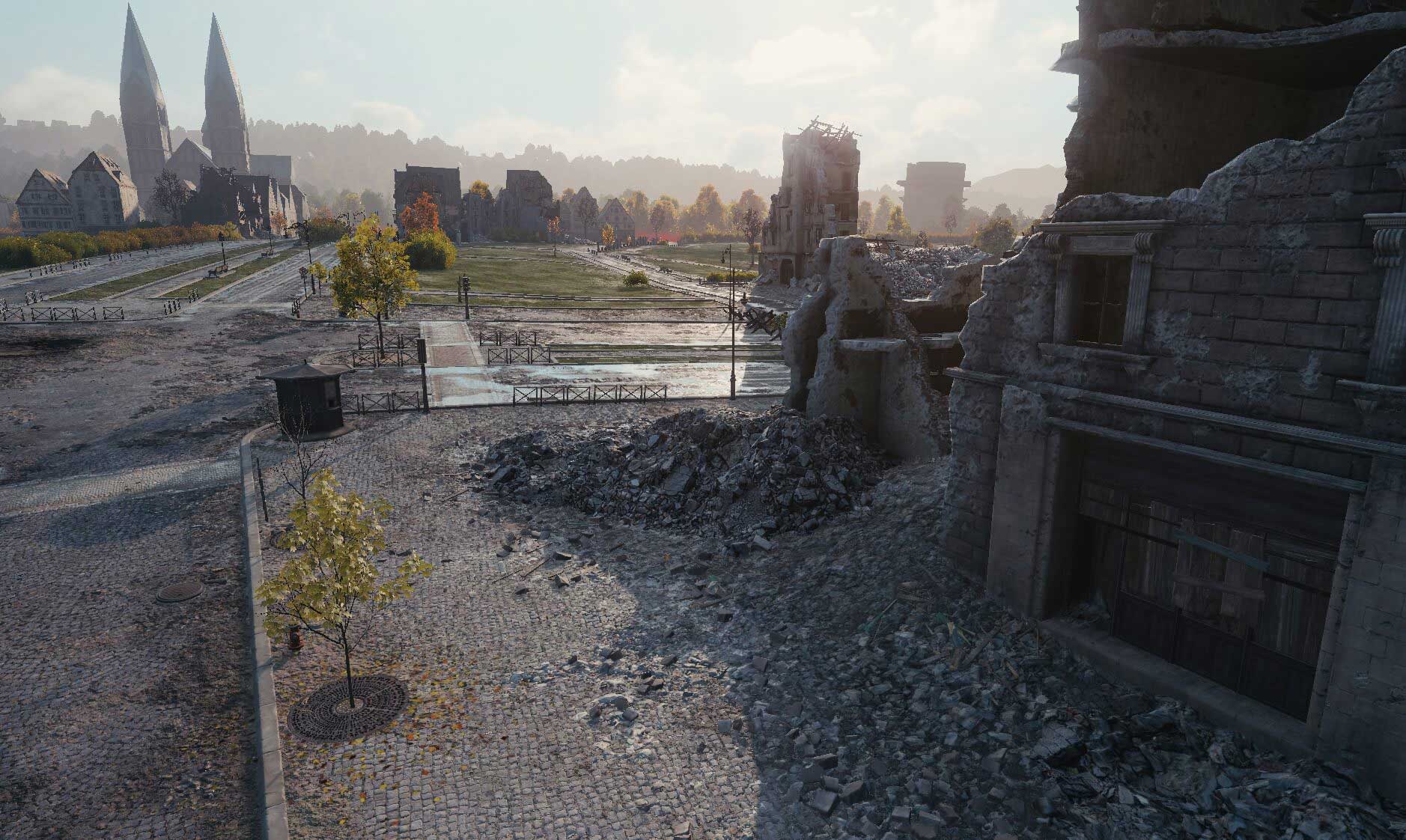 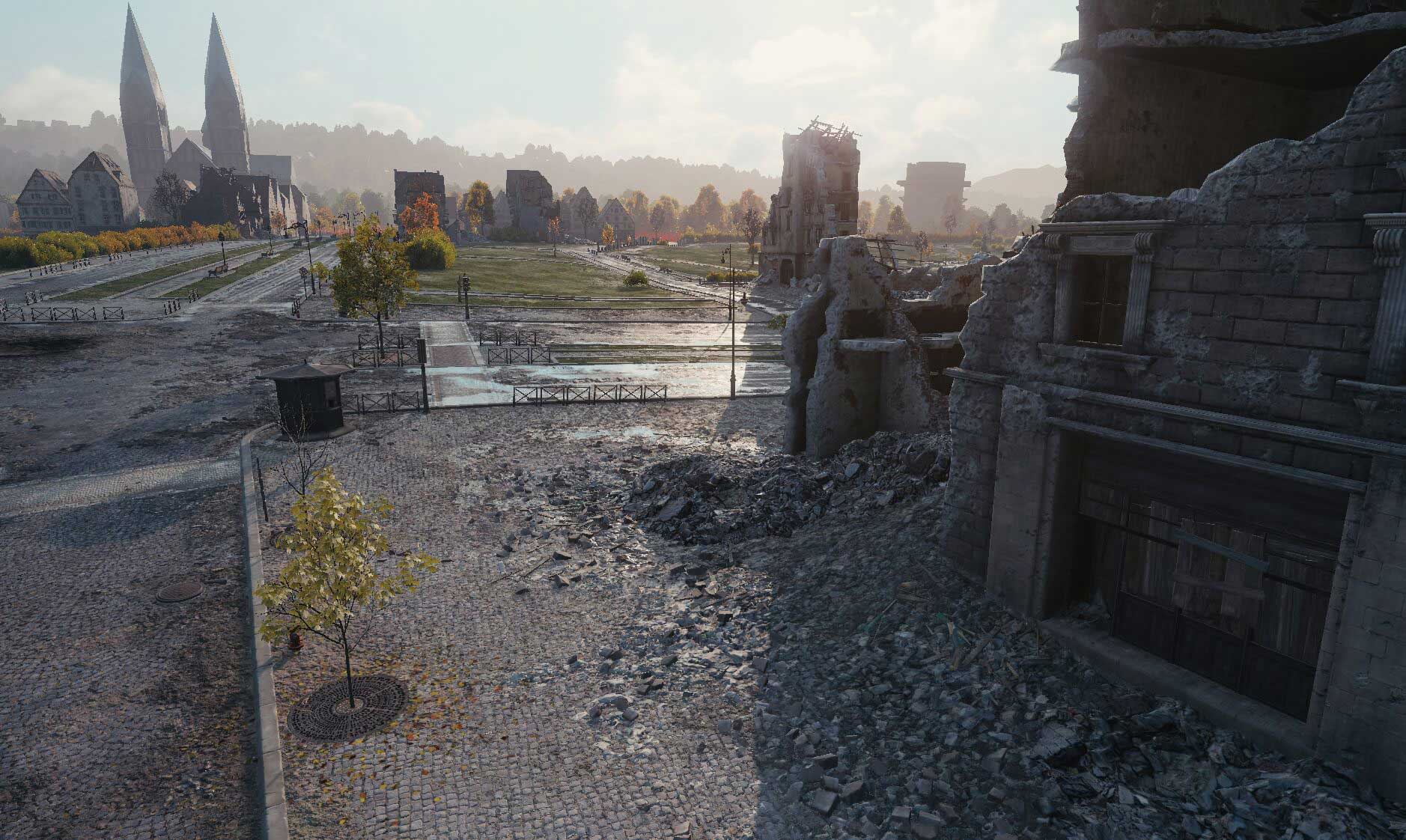 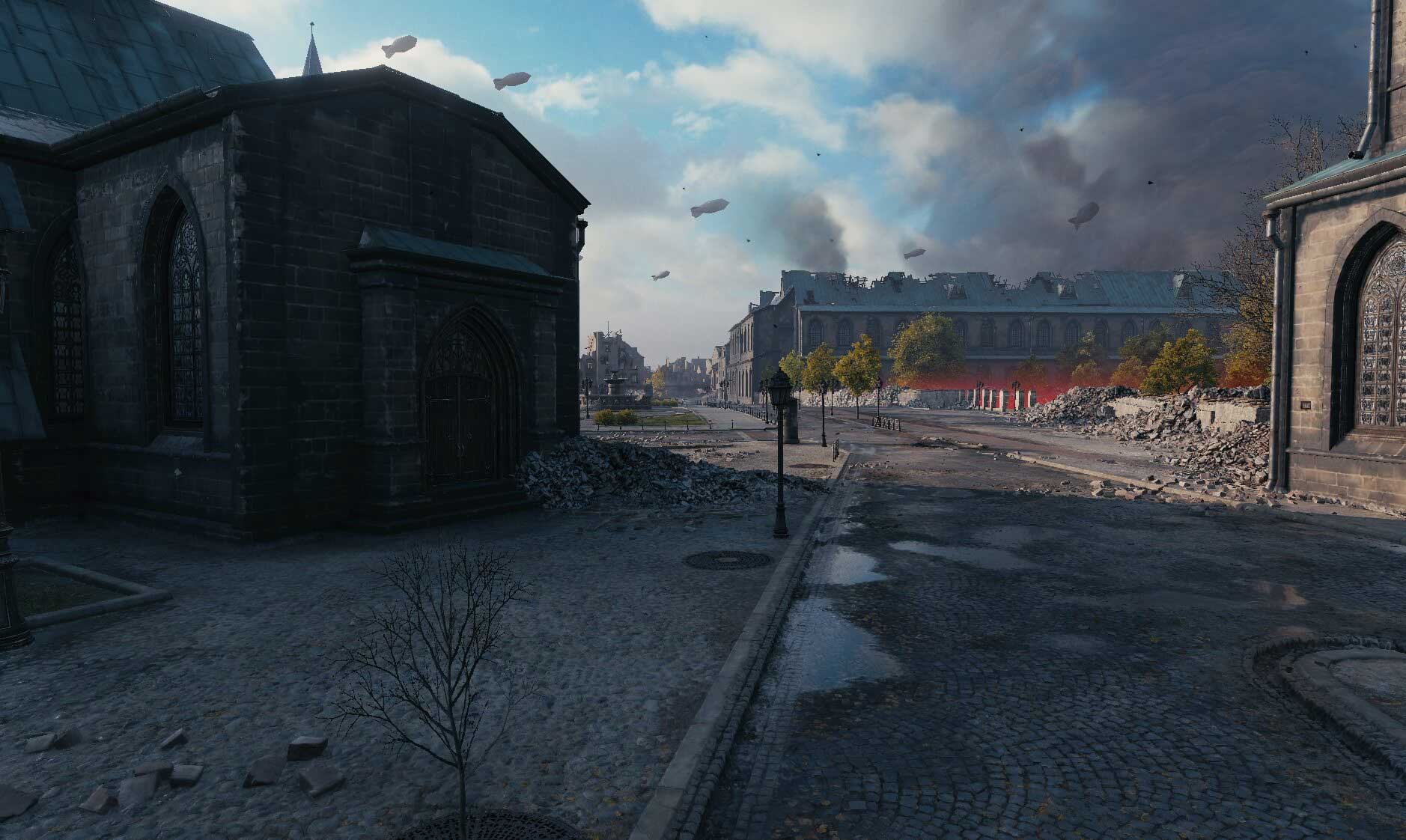 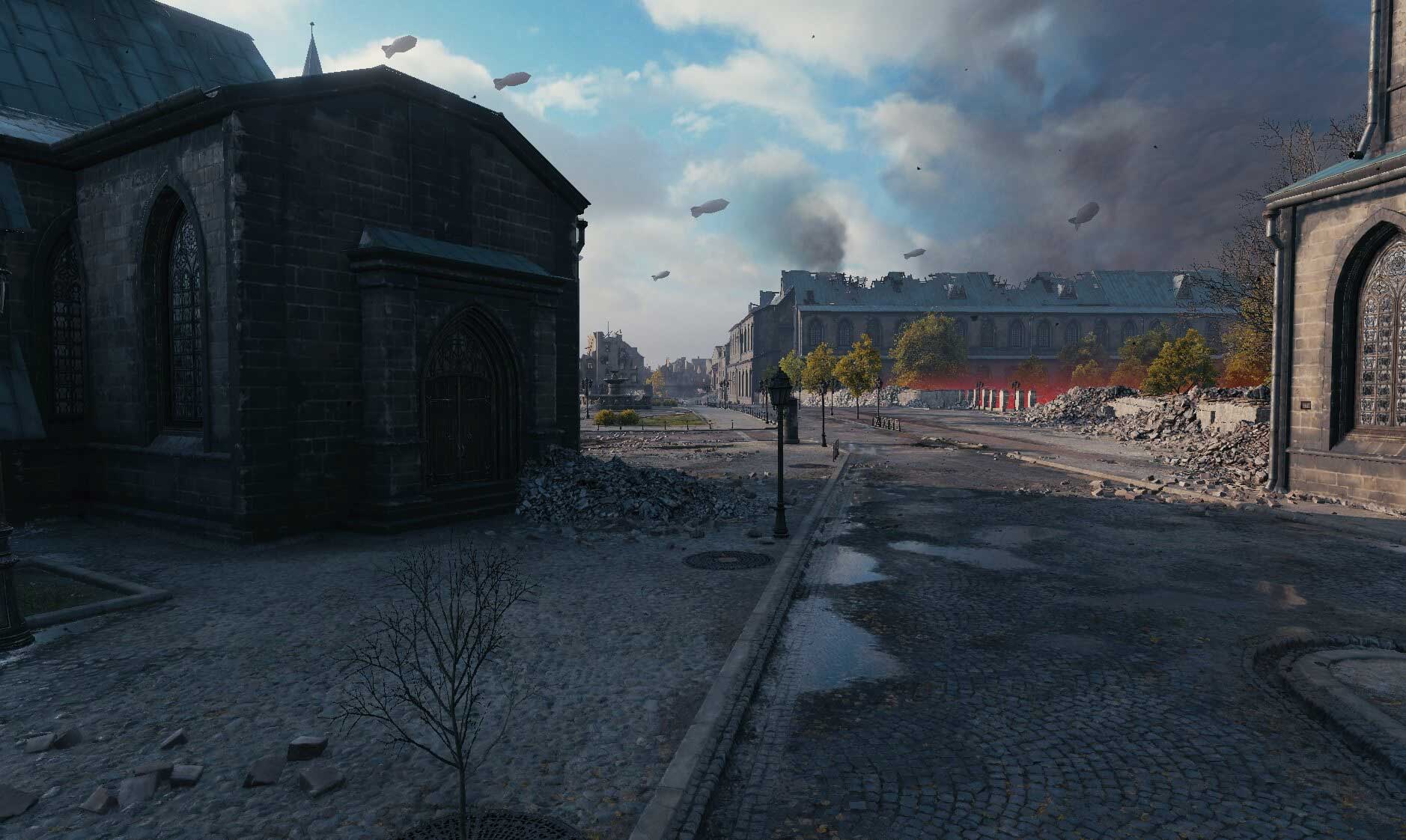 Encounter Battle has been added for the following Random Battle maps:

In addition, the logic of map object destruction has been revised for the "transport" category: Cars, trucks, tractors, buses, helicopters, and planes. All these objects will fully absorb only HE and HEAT shells; the rest of shell types will just have their armor penetration decreased on collision with them.

With the release of Update 1.8, we introduced a new set of regular Daily Missions for Random Battles. We’ve been closely monitoring the statistics of their completion while tracking your feedback on this feature.

After carefully analyzing the data obtained, we came to the conclusion that the rewards for these missions were not valuable enough for most players, so we decided to increase them. The difficulty of these missions has also been increased to reflect the new, more valuable rewards. You will earn more useful in-game items while also getting an additional opportunity to hone your tanking skills by performing more challenging and engaging tasks.

The prizes for completing Bonus Missions will also become better and more valuable. In addition to bonds, credits, and other goodies, we've added Training Booklets, blueprint fragments, and crew skins to the reward pool. By the way, completing Daily Missions is currently the only way to get crew skins and customize your crew members!

There will also be an increase in the variety of Epic Rewards that you receive for completing 45 standard, Premium, or Bonus missions. In addition to days of WoT Premium Account and bonds, you can now get your hands on a Personal Training Manual and items of new Equipment, including:

These prizes are worth fighting for! By diligently completing Daily Missions, you will be one step closer to earning truly valuable items.

The new Daily Missions conditions and rewards, including Epic Rewards, will be available after completing/rerolling your current missions.

Take on the reworked Daily Missions and share your impressions with us!

The FoV system for widescreen monitors has been updated: it has increased both the amount of information displayed, as well as its quality.

The mechanics of the Daily Missions has been reworked. The prizes for completing missions will become better and more valuable. The list of rewards has been extended; now it includes:

The difficulty of some missions has also been increased to reflect the new, more valuable rewards. Missions of higher difficulty will require more time to be completed.

How the CT Works

In order to participate in the test using the Wargaming.net Game Center, use this link.