Create account
Create account
Create account
Close
Discuss on Forum
IMPORTANT NOTE: The Common Test game economy will undergo technical tests. During these times, players may experience problems with crediting Free XP, Credits, and Bonds. We apologize for any inconvenience.
Subtitles in our supported languages are also available by clicking on the icon in the bottom-right corner.

World of Tanks began this spring with the most crucial update in the game’s history. Today, we launch the first Common Test of Update 1.0.1, which builds on the recent visual improvements with a host of new content including the much-awaited return of Province. Read on for a detailed overview!

Italy is not just another nation. Equipped with autoreloaders, the top-tier Italian tanks add an original twist to the traditional gameplay. The autoreloader is hard to master, but pays off once you learn how to use it effectively.

FUN FACT: Italian engineers attempted to design heavy tanks, but ended up with mediums, compared to other nations. 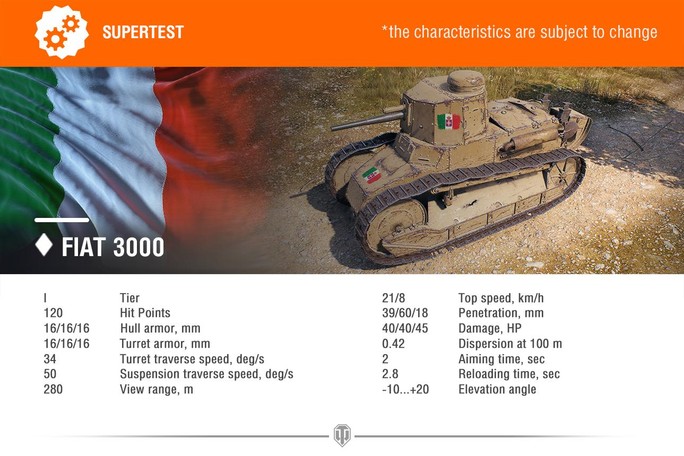 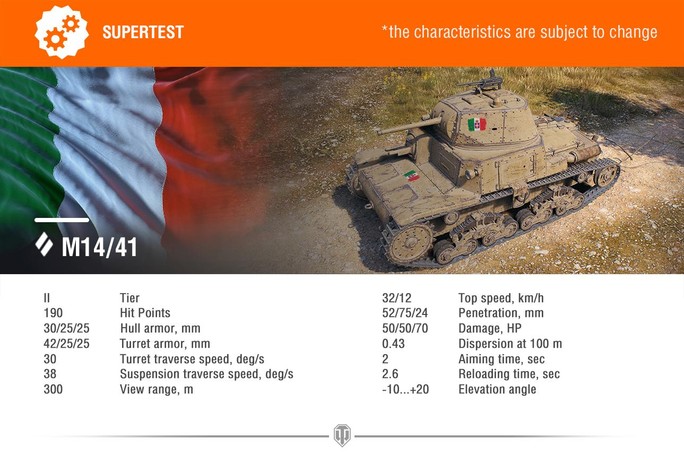 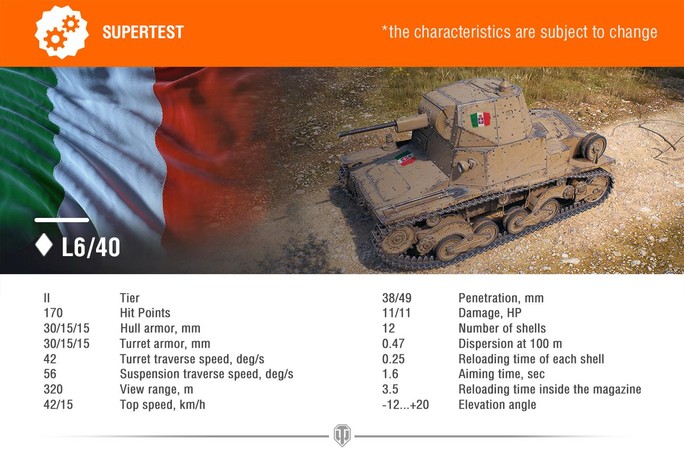 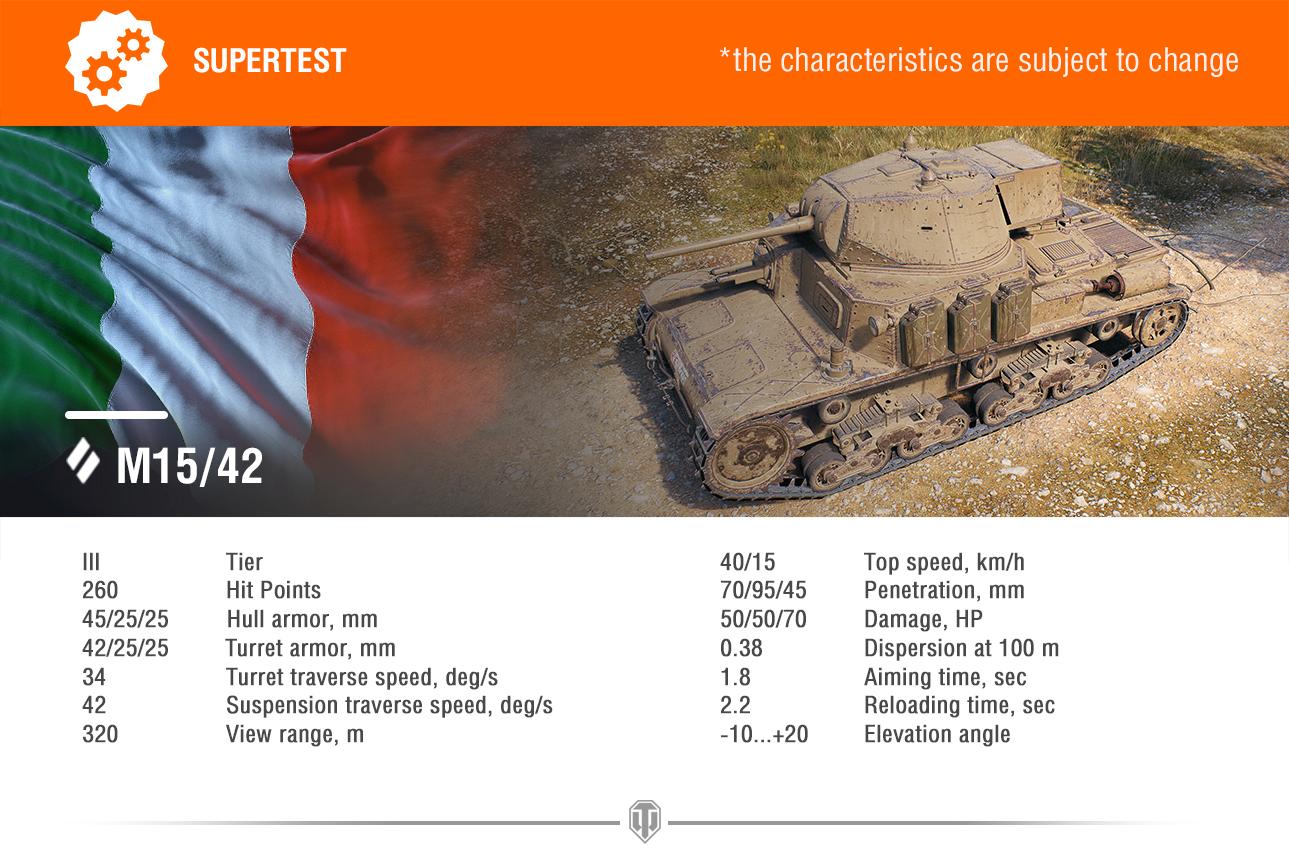 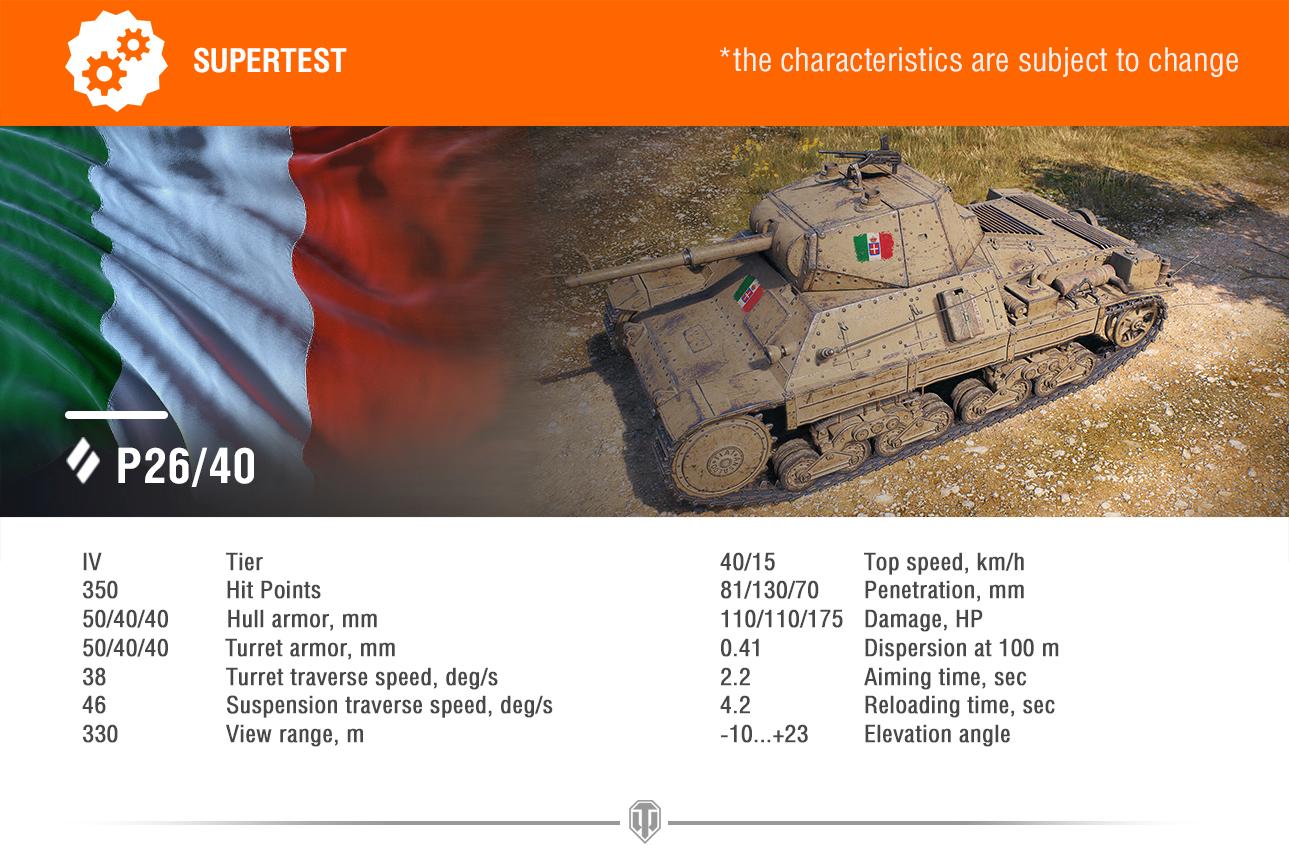 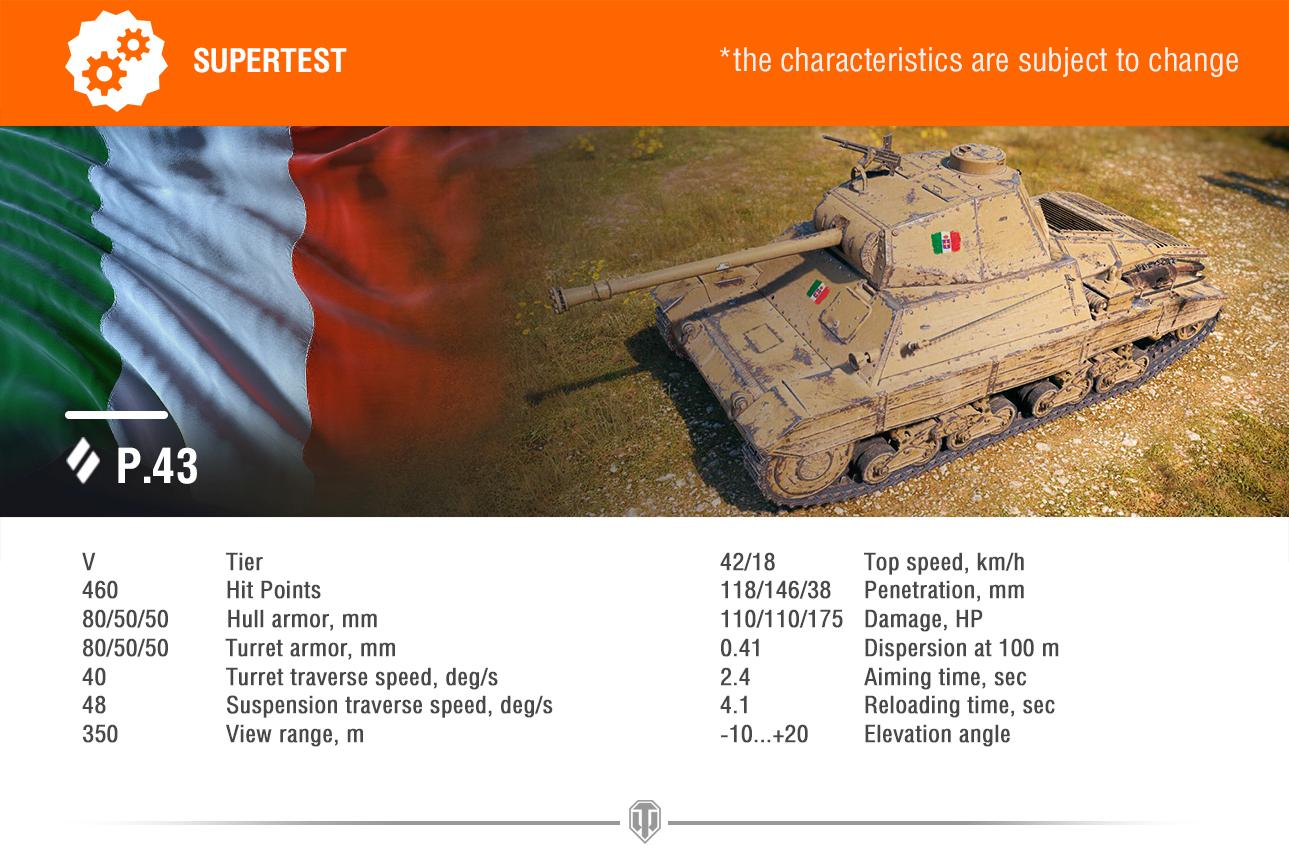 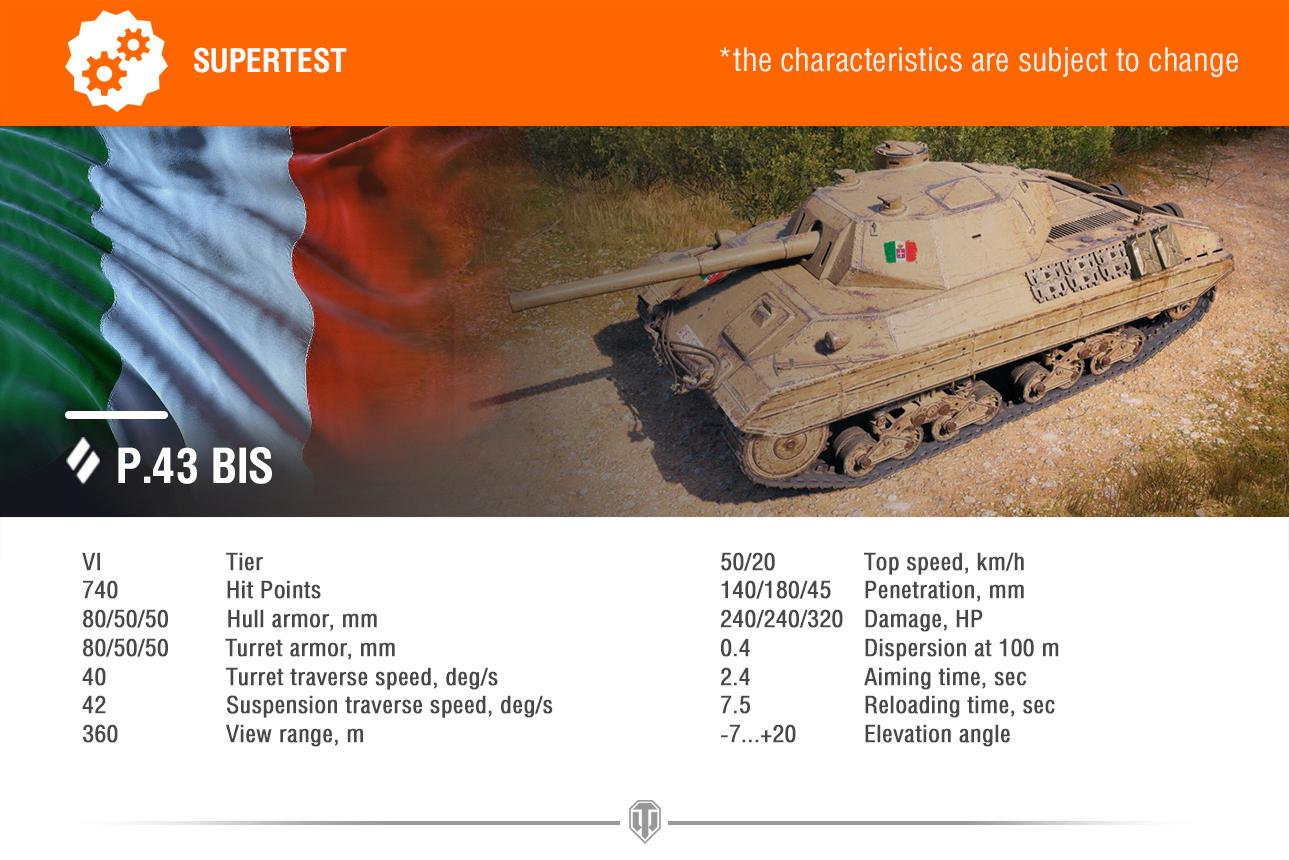 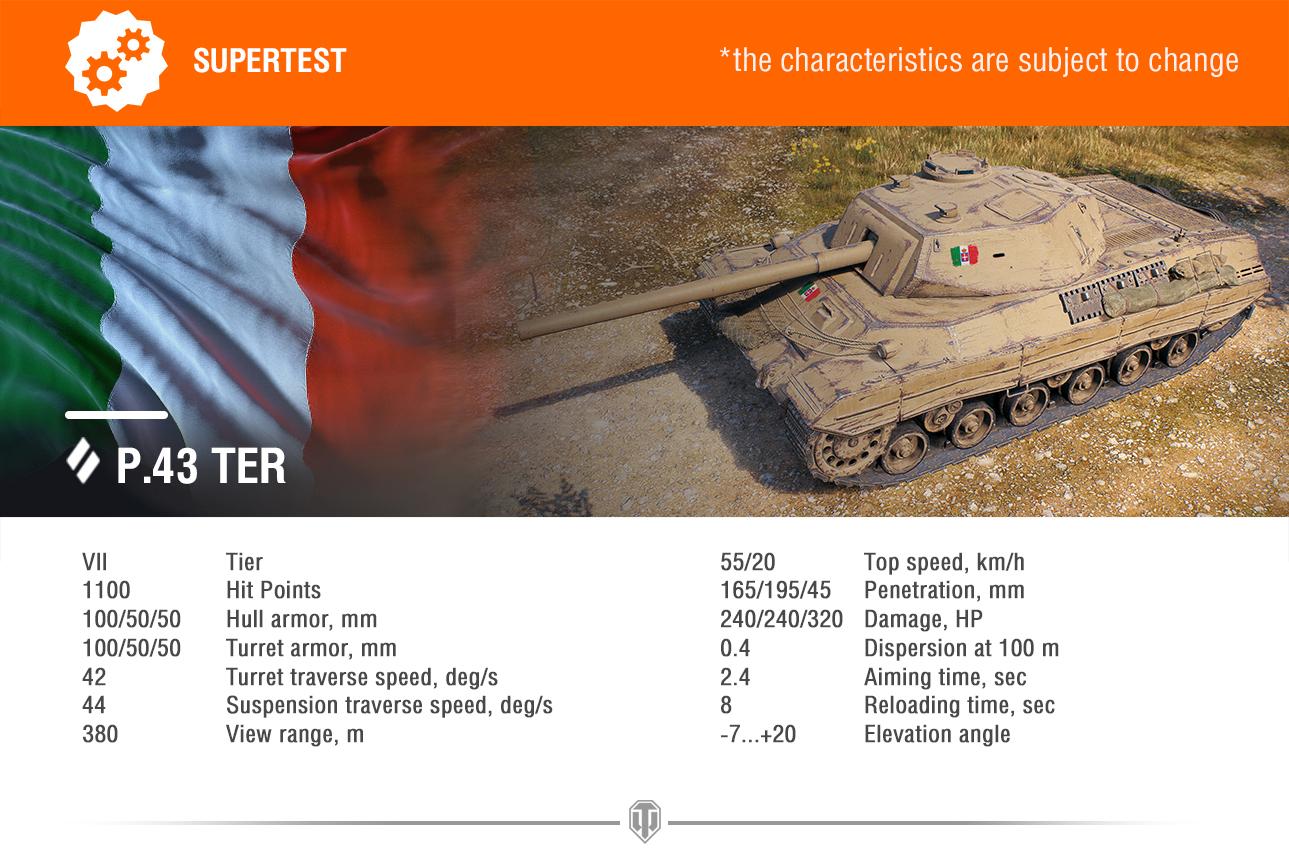 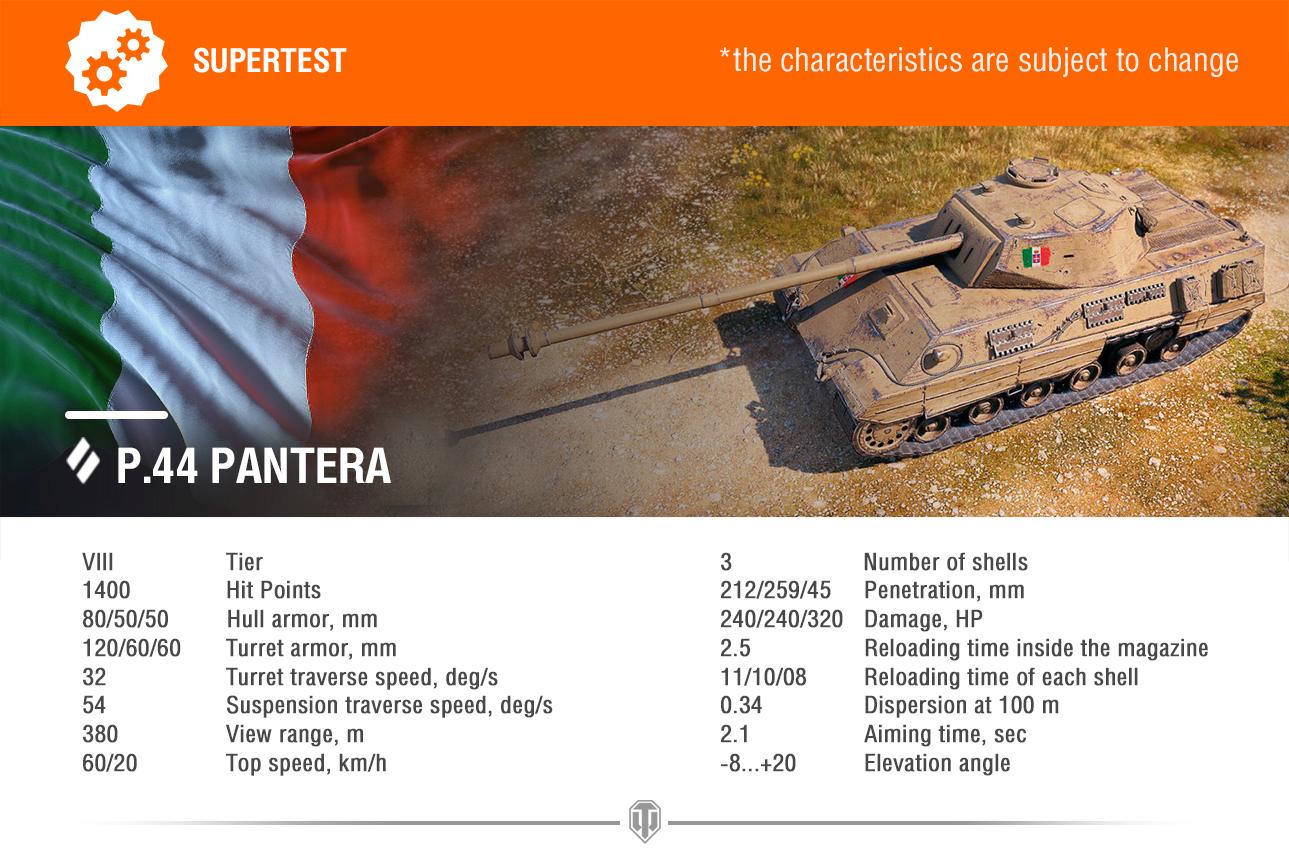 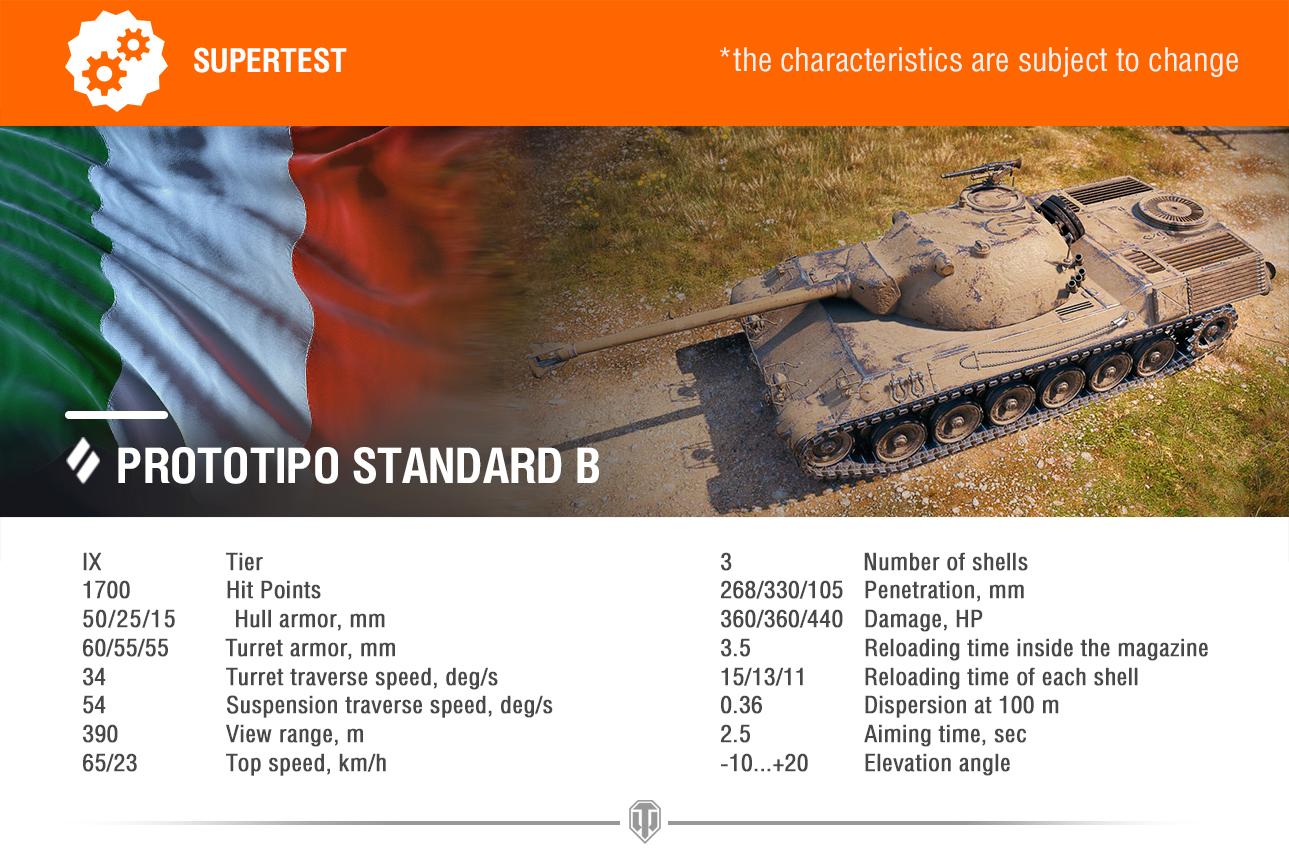 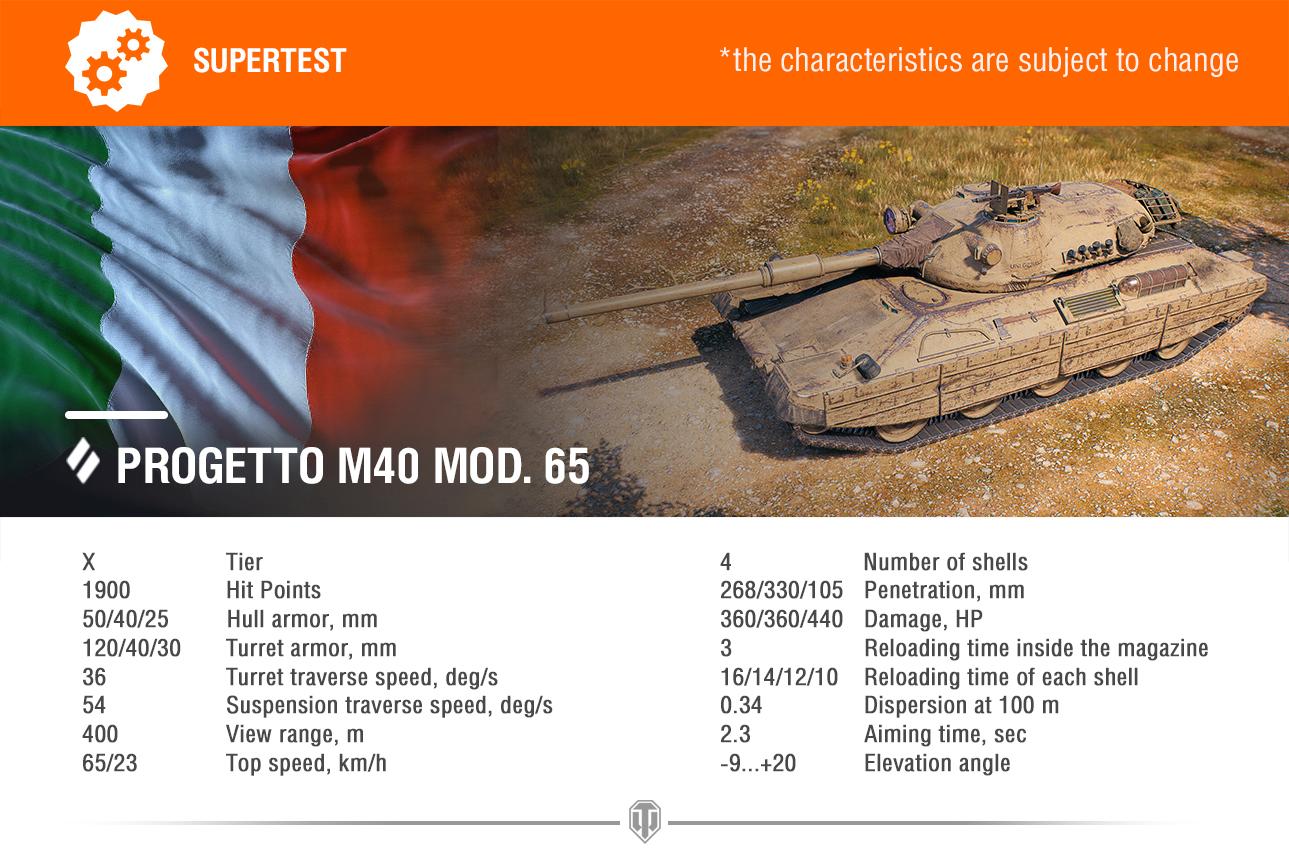 In automatic mode, the autoreloader can shoot one shell every two seconds. You can switch to the classic loading mechanic, however, if combat conditions require.

As opposed to autoloaders, loading time in the autoreloader differs for each of the three shells. In case with the Progetto M35 mod 46, it’s 12 seconds for the first shell, 9 for the second and 8 seconds for the third, and you’ll get similar proportions for the other high-tier mediums. These stats can be improved with Crew training, a gun rammer, or improved ventilation.

Italy advances on all fronts! This time, it’s a striking comeback of one of our most discussed maps — Province. Everyone had a strong opinion about this compact location that embraced highly dynamic tactical combat. Only available for Tiers I-III, the map had been intended to become an optimal firing ground for new players. Instead, it turned into a magnet for highly skilled tankers looking for easy prey.

We eventually took the map out of rotation, but now, after a lengthy revision process, Province is ready to re-enter the fray. 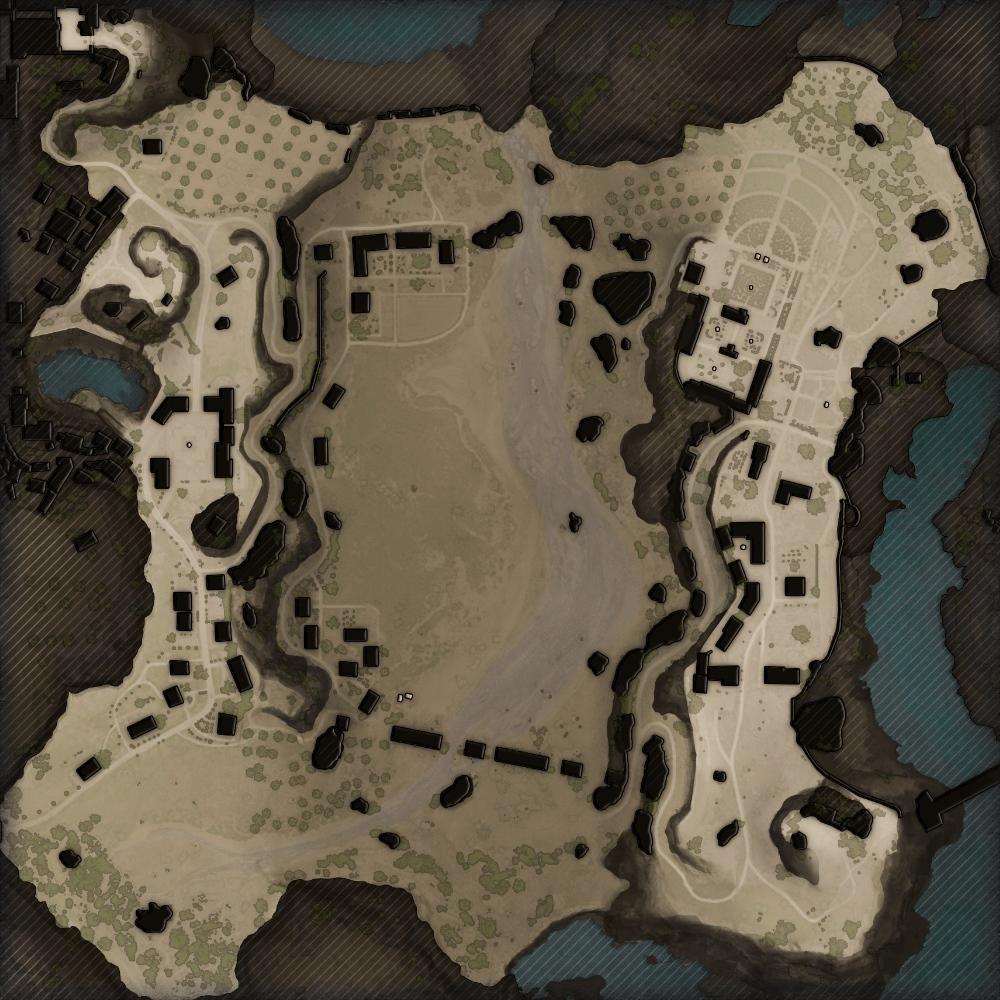 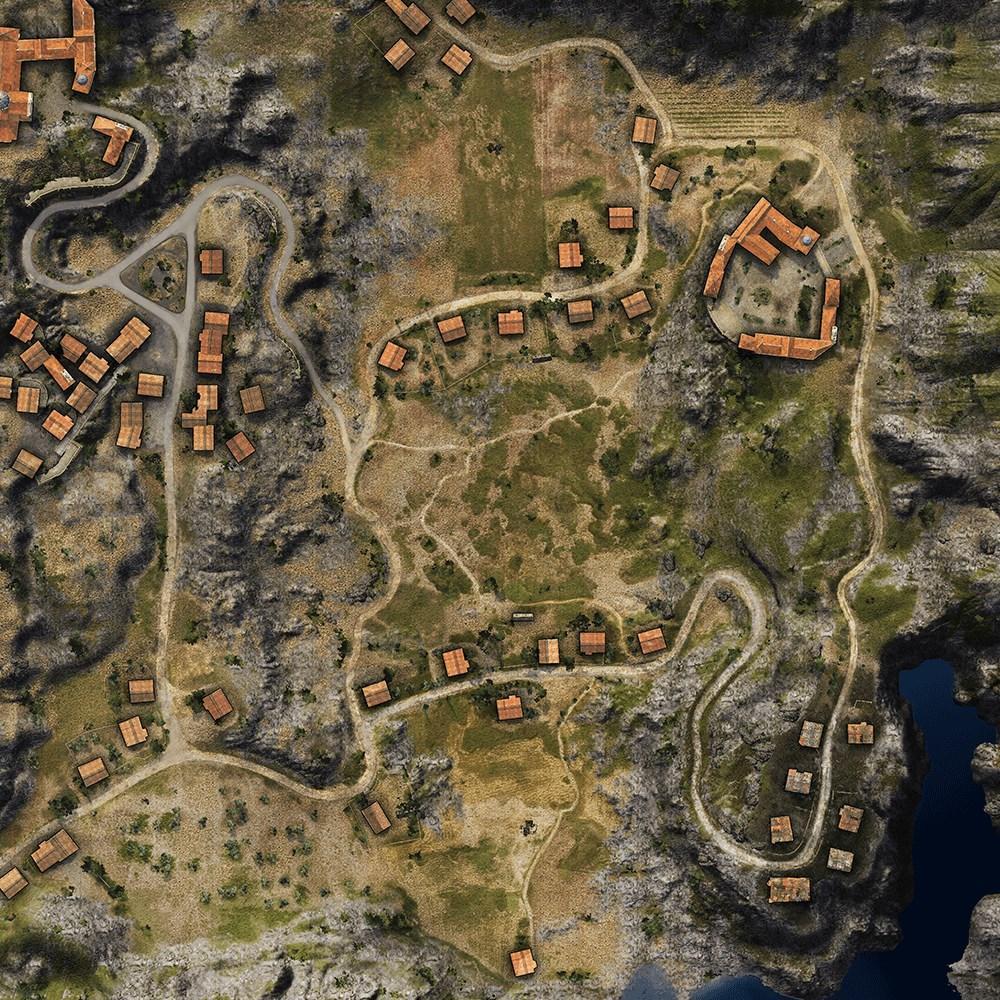 Province has grown from the compact size of 600x600 meters to 850x850 meters, and thanks to this change, the map now welcomes vehicles all the way up to Tier X. The revised design promotes faster engagements. Occupying your slope will no longer mean victory: you’ll need to attack the other one, too. If you don’t press forward, the enemy will — and the things will surely get dire. Running a successful attack will be quite a challenge, but if you manage to reach key positions you’ll be able to break through your opponents’ defense in power.

We tried to keep the environment’s character as a place of constant spotting and long-range shootouts. Along with that, Province has gained in dynamics and the variety of possible moves and tactical tricks.

Our intention was to fix Province’s design flaws, while also emphasizing its strengths. Please keep the feedback coming as it will help us tweak it further, so join the fray and share your thoughts!

Premium shells and consumables have been one of the hottest topics on the agenda, and during the upcoming Common Test, we’ll take the first step toward making a key revision to the entire mechanic.

For Update 1.0.1, we’re planning to disable purchasing Premium shells and consumables with Gold. And that’s just the first step as it will take some time to completely phase out the number of shells acquired with Gold. This is when the state of “shell economics” settles down and we can go ahead with rebalancing.

In terms of rebalancing, we will put several models through the paces in upcoming tests. The best “fit” will be decided by the community and dev team, so stay tuned for more news.

Among numerous other features, the Sandbox server hosted the 30-vs-30 Frontline mode last year. It will soon return, this time to production servers, inviting you to join the attack/defense fight for dominance on a huge HD map.

The mode will be available on a temporary basis and will occasionally appear in the game.

We revised the mode based on your suggestions from the first Frontline testing reworking the battlefield into HD and iterating on its key gameplay aspects, from the vehicle roster through to economy.

Tier VIII Vehicles: Following your vocal concerns about Tier X economy and its constraints, we made Frontline only be available for Tier VIII vehicles.

Overtime: The battle timer often interferes at the most intense moment of a fight. To exclude the time factor as a decisive element, we're introducing the Overtime feature. If the battle timer expires while the attacking team is capturing an enemy sector, the battle will continue until the sector is captured or the defenders protect their territory.

Level Design Improvements: Terrain, objects and their positions on the map have been significantly revised to promote diverse gameplay.

Sector Capture Mechanic: Now, the fewer Tier I sectors you’ve taken, the harder it will be to capture Tier II sectors.

The list of changes is long and substantial, and there’s a high chance the final version of Frontline will differ from the one being tested now. To help us find a perfect game balance for this mode, feel free to launch the Common test client, find it in the list of available game modes, and jump into battle!

Discover how you can join the Common Test!

How the CT works

Feedback: Please post your general feedback about the test version and bug reports in the special thread on our forum.

The test server will be restarted regularly, according to the following schedule:

The test server may be subject to unscheduled restarts and maintenance.