Bringing the IS-3 to HD

The upcoming 9.7 Update will bring more than a dozen new vehicle models, including a brand new branch for the French tech tree. You can already get a glimpse of the new HD models in our In Development section. Today, we’ll allow access to our secret vault of upcoming content and showcase the new high definition model of the popular Soviet heavy tank -- the IS-3.

From Regular to High Def

The work began with first finding a suitable tank, which could be used as a reference for the game model. Fortunately, not far from Minsk is the Stalin Line, a historical and cultural complex, where two suitable IS-3s just so happen to be located. The first step was to take a range of pictures of the two tanks from multiple angles and sides. This can be a rather tedious process as not only does this require more than roughly a thousand pictures to be taken, it also must take into account the tank's angling, spacing, lighting, weather and other variables.

The picture taking process is performed in two stages: first, a general circular shooting, and second, pictures of specific details such as welds, castings, surface features - all that we'll need to recreate an almost exact replica of the tank. 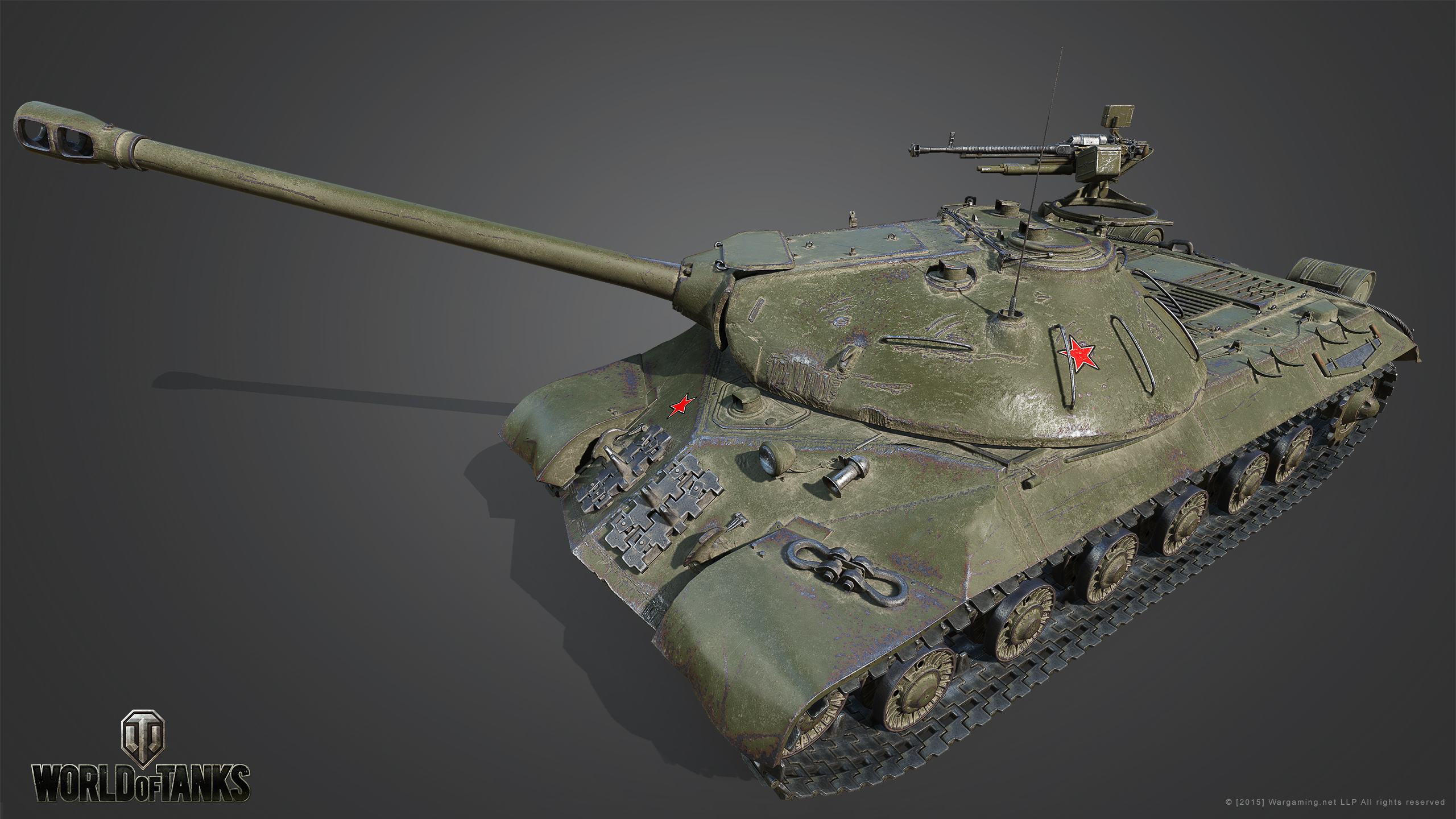 The HD IS-3 in all its glory

A funny aside: When the data from both IS-3 models were combined, it turned out that they didn't coincide with any of our historic blueprints. They both had noticeable differences in size, armor plate angles and more. Who knows -- maybe they were just made in different factories!
The new  IS-3 model is created by new technology called photogrammetry.

The second step consists of processing and analyzing the multitude of photographs using a special program. Image markers were temporarily pasted on both tanks before shooting to help the program recognize various angles and fragments. From this, the program generates literally a cloud of points which we later use to build a pattern. This superhighpolygonal model can consist of well over 150 million polygons, and it's from this model where we start to nail down the final version. The game model consists of a much more reasonable 50 thousand polygons, thus ensuring an optimum combination of quality and performance.

In general, we try to give each of our models a unique touch to give the tank its individuality. This practice was first used when working on the T-34-85M. The HD IS-3 model is no exception; observant players will notice unique touches to it including a dust shield pierced with shrapnel and a broken veiled cable. We believe our IS-3 model is beautiful and realistic. The in-game model completely corresponds to the real tank, both in size and details.We'll use the lessons learned while creating this improved IS-3 model when working with future vehicle models.

We know the IS-3 is a common tank in player's Garages, but if you happen to not have one yet and are interested in learning more, check out the following links.

You can also view more images of the HD IS-3 in the gallery below. Follow the In Development section to read up on more upcoming content!