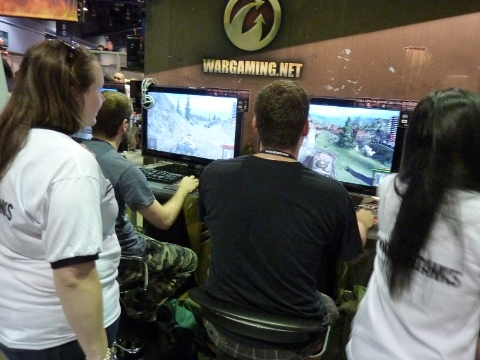 This past weekend World of Tanks stormed the PAX Prime convention held in Seattle, WA, bringing with it three days of action-packed battles for fans. The World of Tanks booth was situated in a fantastic location, providing the Wargaming.net team the opportunity to meet and greet gamers from all over the globe.

The best part about PAX Prime, and those at the convention having a chance to play the game, is that they did so while interacting with you, the World of Tanks community. PAX-goers jumped into the game and played on the live North American server, joining battles in a variety of tank tiers, from the T1 Cunningham all the way up to the mighty Maus. 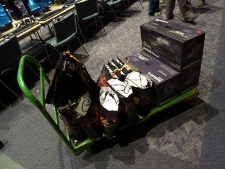 On the first day of PAX Prime, Penny Arcade graciously organized a 3-vs.-3 World of Tanks LAN tournament in the PC area of the convention hall. 32 teams bravely signed up to compete for the glory of being crowned winner. The top four teams were also given fantastic prizes to take home with them, including in-game rewards like Gold, Premium account status for up to a week and unlocking certain Premium tanks. The champions? They received the best prize of all: Airsoft tanks!

The Wargaming.net team also held special 4-vs.-4 tournaments at the World of Tanks booth throughout the weekend. The winning teams of these tournaments were entered into a raffle to win a variety of prizes, including an Airsoft tank, Steel Series gaming gear and all current Premium tanks. Anyone who participated in the tournament also received a promo code for 350 Gold.

When the team started giveaways at the booth, crowds gathered to participate -- hoping that they could take something home from one of their favorite experiences of the weekend. We gave away many goodies over the course of the three-day event, including World of Tanks t-shirts and buttons, World of Tanks DVDs with a free M22 Locust Premium tank promo code, and much more. 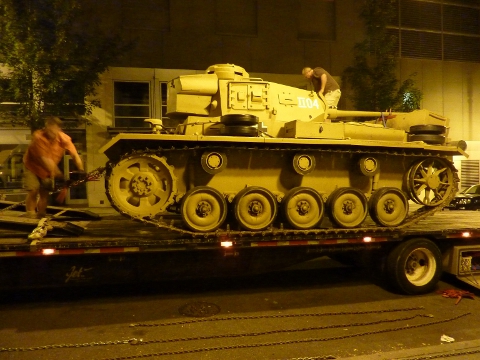 PAX-goers were also treated to a very intimidating sight outside of the convention center: a Panzer III replica tank. Those brave enough to approach it, however, found World of Tanks goodies in their hands as reward.

Even if you didn't have a chance to attend PAX Prime this year, you were still involved in the festivities thanks to the PAX Prime: The Hunt For Geiger And Kodiak event. We'll be announcing the winners later this week, so stay tuned for that.