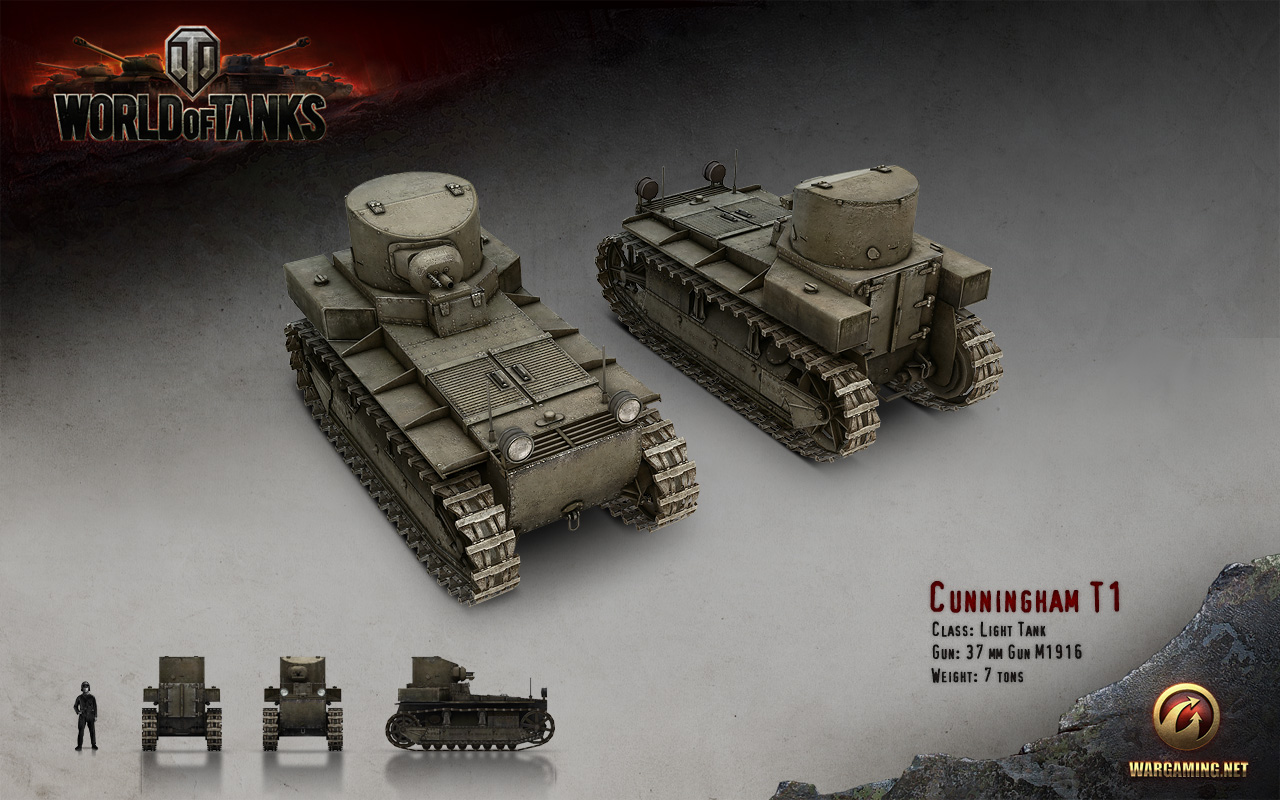 Many vehicles entered the battlefields in the past, and many of them became worldwide known. And now, soldiers, let's roll back into history...

"...In the end of the 1920-s the American Army strictly following the method of using combat vehicles conventional for those times assigned a technical task to develop a light tank of infantry support. This new vehicle was meant to replace out-of-date 6-tonn vehicles and 3-tonn "fords" which were no longer satisfactory on the point of speed and armor.

The Cunningham Company was the one who showed great interest in that. They were well-known for their chain-track tractors. Having studied the experience of their foreign colleagues (first of all British) the American engineers came to a conclusion that the classical arrangement of a tank is far from ideal.  A light tank Cunningham T1 appeared after they have combined their ideas with the ideas of their foreign colleagues."

And now we are glad to present the pictures of this fast but mighty vehicle - T1 Cunningham! You can read more interesting facts and captivating things in the new blog article Firstborn of American Light Tanks.