Update 9.15.1 is on the way with interesting changes like in-game Personal Reserve purchases and new minimap prototypes!

As detailed below, we are moving our UI codebase to Action-Script 3.  This will open up more UI performance optimization in future releases, as well as make the workflow for mod creators consistent.  But in the short term, this change impacts the modding community as they update their mods to work with Action-Script 3. We have worked with key modmakers to check compatibility on our biggest mods, and have been able to verify 9.15.1 compatibility with a number of them.

See the "Mods" tab below for more details -- and if you experience any issues, please uninstall any mods and contact the mod creator for additional support (Wargaming can't provide customer support for third-party mods).

Skip to the full update notes

Personal Reserves are small time-limited boosts for things like extra XP and Credits. Up till now, they were only mission rewards or showed up in Premium Shop bundles. Update 9.15.1 now makes Personal Reserves even more accessible by allowing you to get them for Gold! 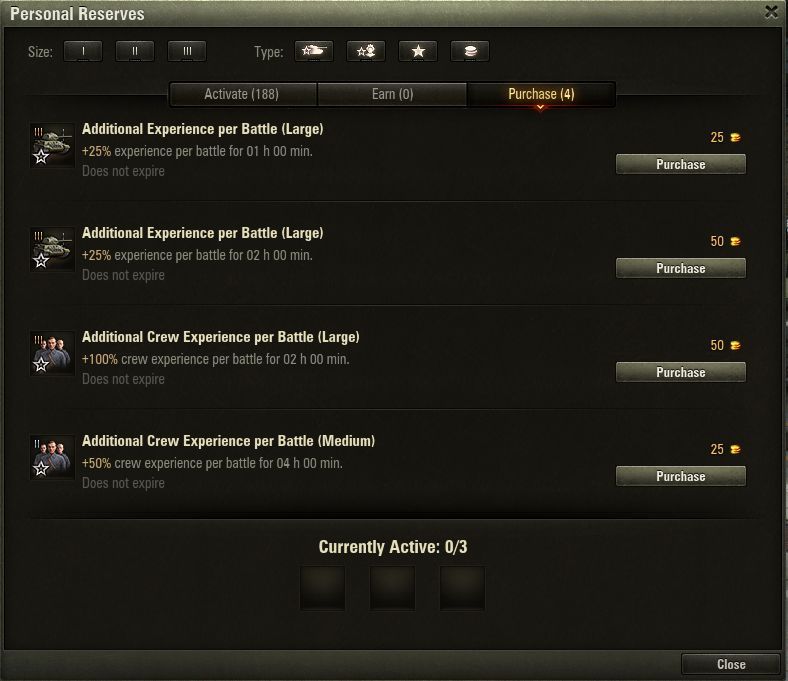 This is just another way to get Personal Reserves; they'll still be acquired free through missions!

To purchase Reserves, start in the Garage and click your in-game name to open the Personal Reserves menu. The "Purchase" tab will appear in the Reserves menu.

Update 9.15.1 introduces four minimap prototypes for Prokhorovka, Ensk, Cliff and El Halluf. These prototypes test a new minimap style and format that helps you understand what's happening on the map more quickly. Lend us your feedback on these prototypes, so we can implement changes on all maps later!

When we first introduced the French tech tree, there wasn't any information about the Bat.-Chatillon prototype, the Char de 25t, and no worthy alternative for the Lorraine 40 t. Now the line gets more historically accurate by the replacement of the Lorraine 40 t with a tank that's a better continuation of the nation's drum-loading tanks.

Have you researched or owned the Lorraine 40 t? Read more details on what will happen to it with the update.

As is now the norm, 24 tanks will receive HD quality, and four existing HD models will see improvements. Check below to see them from all angles with the Armor Inspector!

Over the past year, the Garage was written in a programming language known as ActionScript 3.0. With the release of Update 9.15.1, the in-game interface is also written in ActionScript 3.0, which may improve client performance. This language also makes it easier to create mods using Autodesk Scaleform.

That's notable because we've been working with popular mod creators to help reduce the risk with running third-party mods. We'll put out a list of adapted mods on the World of Tanks website soon.

WARNING We don't advise that you install third-party mods before we officially announce the list, nor move any mods from previous versions to the 9.15.1 folder, because it can lead to game instability.

This update may affect the functionality of mods including, but not limited to, XVM, Deluxe damage panel, tank icons, and chat history.

A reminder that while some players tend to play with client mods, they were created by third-party developers and users, not Wargaming. After installing World of Tanks updates, mods can cause slower framerates, freezes, crashes and other issues. Many issues can be resolved by deleting the mod, though others need a complete reinstall of the game client.

At the end of the day, Wargaming is not responsible for the effects of modified files on the World of Tanks client. Exceptions include official mods like WG Stream, WG Social, and voice dubbing for WGTV. All players who use these mods are recommended to download and install the official versions.

In the launcher, there's an option to run the game with mods on or off. If you have issues with mods, try running the game in Safe Mode: Click the arrow next to the "Play" button and select "Launch the game in safe mode." 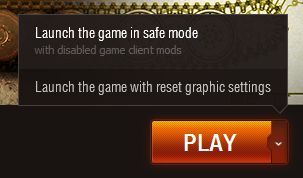