The Chinese tech tree is now live in World of Tanks! It's also Chinese New Year this month. That makes it the perfect time for us to focus on China with our Tank of the Month feature. For February, we've picked the tier VII light tank WZ-131 as a great example to showcase some of China's engineering prowess. 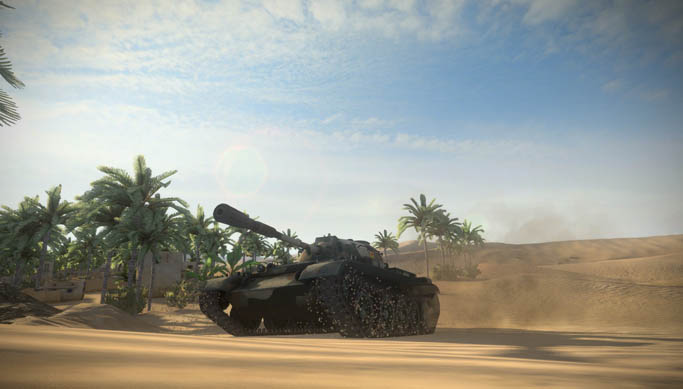 The Chinese long focused their efforts on producing swift maneuverable vehicles. Rather than ploughing all their resources into building heavier vehicles like the Western nations, they opted to pack as much punch into light skirmishing vehicles as possible. The Type 59 proved to be a success in this regard, and so the Chinese engineers started to look for other ways to evolve the concept even further.

The Type 62 was the next generation of Chinese skirmishing vehicles. Several variants were produced -- one of the more successful versions was known as the WZ-131.

The Type 62 was basically a cut down version of the Type 59. It had lighter armor, a smaller frame and an 85mm gun. The aim was for it to be a modern flexible machine capable of taking on infantry and other light vehicles.

Production began in 1958 and continued right up until 1989. Nearly 1,400 vehicles were produced during this time.

The tank first saw combat during the Vietnam War and was widely used by the Vietnam People’s Army. However, problems were encountered -- the tank’s thin armor was simply too weak to withstand attacks, particularly by rocket-propelled grenades.

The tank was successfully exported to numerous nations across eastern Asia and Africa, and many Type 62 / WZ-131 tanks are still in service today, although in China, they're currently in the process of being decommissioned. 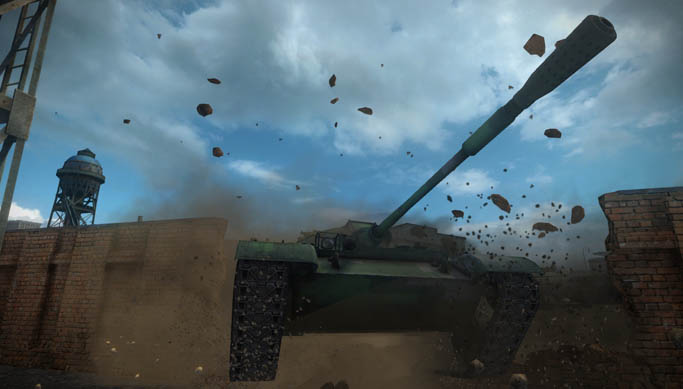 The WZ-131 is a tier VII light tank in the Chinese tech tree. As a high tier light tank, its main function is for scouting and skirmishing. The tank can cruise at a nice 60 km/hour, meaning that whilst it's not the fastest vehicle on the battlefield, it has more than enough speed and maneuverability to perform all scouting tasks well.

The tank’s main weakness is its armor, which at 35 mm on the front is thin, even for a light tank. So try your best not to get hit.

In order to play this tank well, you’ll need to put all the tips for good scouting into action: look for the higher ground, stay out of sight of enemy vehicles, and see if you can get behind their lines to take out artillery. Make sure that your radio and engine are fully upgraded because you’ll need them in order to be an effective scout.

Your speed is your main advantage. Use it wisely when fighting opponents and your good maneuverability means that you won’t lose speed while turning.

Lower tier tanks make for easy prey, but try to stay clear of higher tier enemies. Nonetheless, your high damage per minute makes you dangerous for any opponent to encounter. It's best to start your battles by picking off the enemy light tanks and then go hunting for artillery.

Also be on the lookout for lone heavy tanks. You can take them out easily enough by circling around them to stay clear of their powerful gun.

As far as equipment goes, you’ll want to take anything that helps with scouting – Binocular Telescope and Coated Optics are both good choices!

As usual, you'll need to improve the suspension if you want to mount the top gun. However, the improved suspension does give you a boost in traverse speed; since maneuverability is your key asset as a scout, any bonus you can get in this field is a good thing.

The stock engine is only a tier V and is somewhat underpowered for the weight of the vehicle. Upgrading to the tier VIII engine is recommended as soon as possible. Although your maximum speed won’t be affected, you’ll instantly see the difference when climbing up hills or crossing uneven terrain.

A good radio is absolutely essential for scouting. You want the highest signal range you can get so that your whole team, including the artillery tucked right at the back of the line, can see the vehicles that you have spotted. The top radio provides a boost in signal range that should be sufficient to cover most maps

There's very little difference between the two turrets in terms of stats. Visually, the only difference is that the improved turret has a machine gun on the top.

However, the top turret is on the tech tree path leading to the top guns and to the next vehicle. You’ll need to research and equip it as part of the natural progression through the tech tree.

The stock gun suffers from low damage and penetration, but it does have an extremely fast rate of fire. It may be a peashooter, but it fires those peas very quickly!

The next three 85 mm guns offer a fairly solid progression in terms of penetration, damage and accuracy. You’ll need to work through them to get to the next vehicle anyway, so you may as well equip them as you go!

The top gun is 100mm and offers a substantial increase in damage. Be warned though, this comes at the cost of firing speed and accuracy. It’s perhaps a matter of taste whether one prefers the slower but higher-damage 100 mm gun, or the quicker, lower-damage 85 mm 64-85T.