Update 9.16 and the Supertest

World of Tanks developers continuously work to bring more updates and improvements to the game. Here's a sneak peek at what our selected Supertesters are trying out.

Stay tuned for your chance to try them out in the forthcoming Public Test.

The Supertest happens at the early stages of development, and involves checking the changes of a new update, searching for the most critical issues before releasing it to the public. World of Tanks Supertests are divided into production tests (new maps, balancing vehicles, etc.), and version tests. These tests usually happen about 60 days before a release.

Once Supertests are complete, public tests become available to anyone interested in trying out the new features.

We've prepared the first Swedish vehicle for release, reworked the Paris map for Random Battles, made a number of changes to address player toxicity in game, and implemented several new game interface features.

This is preliminary update content. The final set of update features will be revealed just before release.

At gamescom this year, we revealed the Swedish tech tree. The first Swedish tank introduced is the Strv m/42-57 Alt A2, a Premium tier VI medium tank. 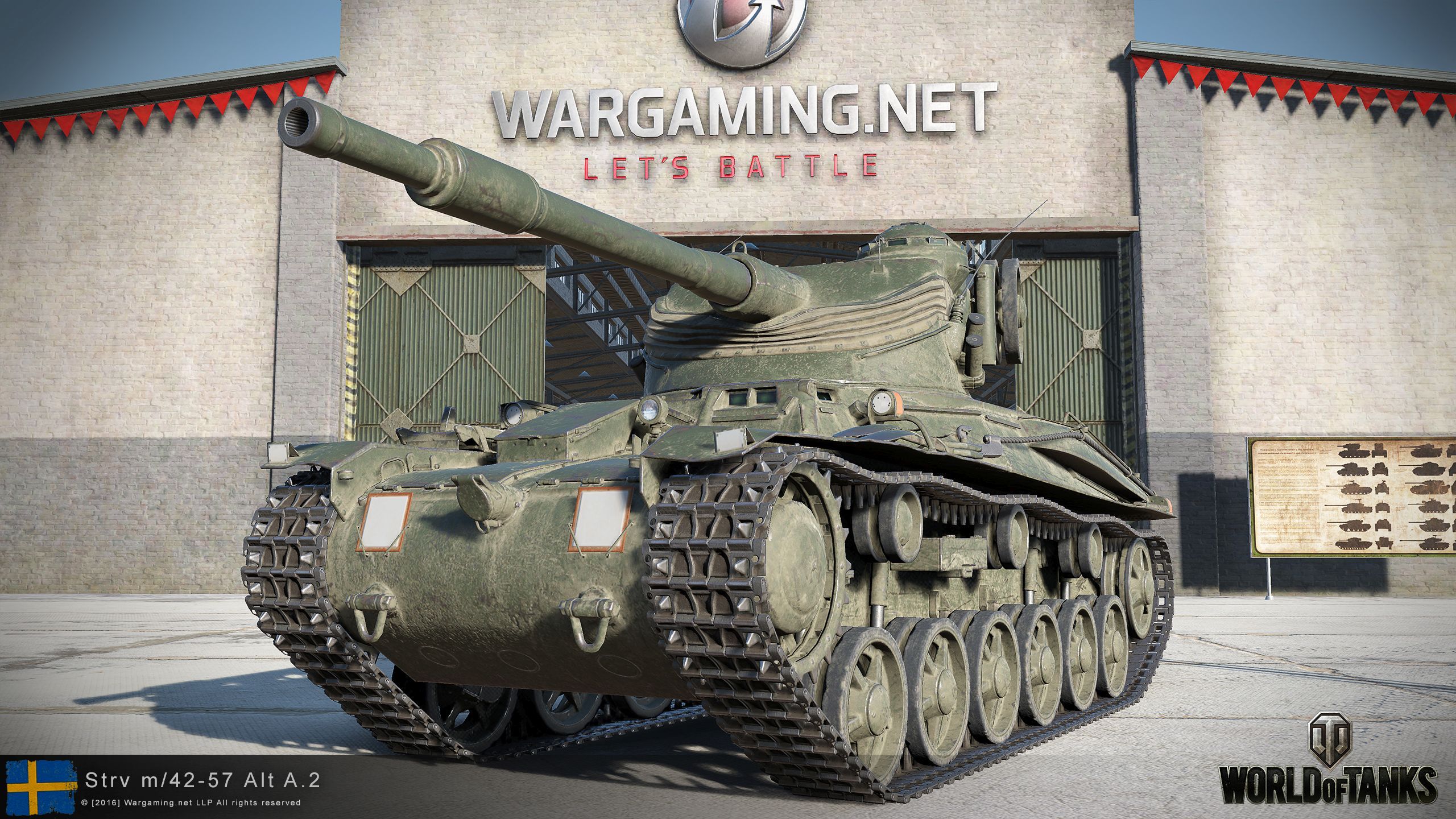 Its three-member Crew includes a Commander (who can also serve as a Radio Operator and Loader), a Gunner (can also perform as a Loader), and a Driver.

The Paris-based map, originally developed for Rampage mode, is being reworked for Random battles. It'll be easily recognizable with real-world structures like the Eiffel Tower, Seine River Bank and the Theatre National de Chaillot.

We have received quite a bit of community feedback that "Battle Chat" between the teams during a battle has been a source not only of abusive language, but also of "griefing" and cheating. The cross-team chat often becomes too emotional and provocative, or is used to reveal your team's position to the opponents. To prevent this, we’ve decided to disable the cross-team "Battle Chat" in all battle types except Team Training.

In addition, same-team Battle Chat can also be a source of toxicity, and so that chat will also receive a new feature: when hovering over another player’s nickname or a message from that player, the player will not only have the option to complain about another player or blacklist that player, but also to block messages from that player during the battle (or "muting”).  This option will be recipient-based; the muted player can type messages, but the player who muted them won't see them.  This allows players to ignore or not receive messages from players they find offensive in battle.  The complaint system will also allow players to register a complaint about players using offensive language, but muting them will also mean they don’t have to continue reading it.

Right now, the only way to get back a tank or Crew that you've accidentally sold or dismissed is to contact Customer Service. With Update 9.16, you can get tanks and Crew back right from the Garage!

In a continuing effort to optimize our server code performance, we've greatly improved the time it takes to display a vehicle that's been spotted. For more info on the difference between spotting mechanics in Updates 9.15.1 and 9.16, watch the video:

The long-awaited ability to compare vehicles directly in the game is coming with Update 9.16. Compare vehicles, and see the effects of different modules, Crew Skills and equipment. 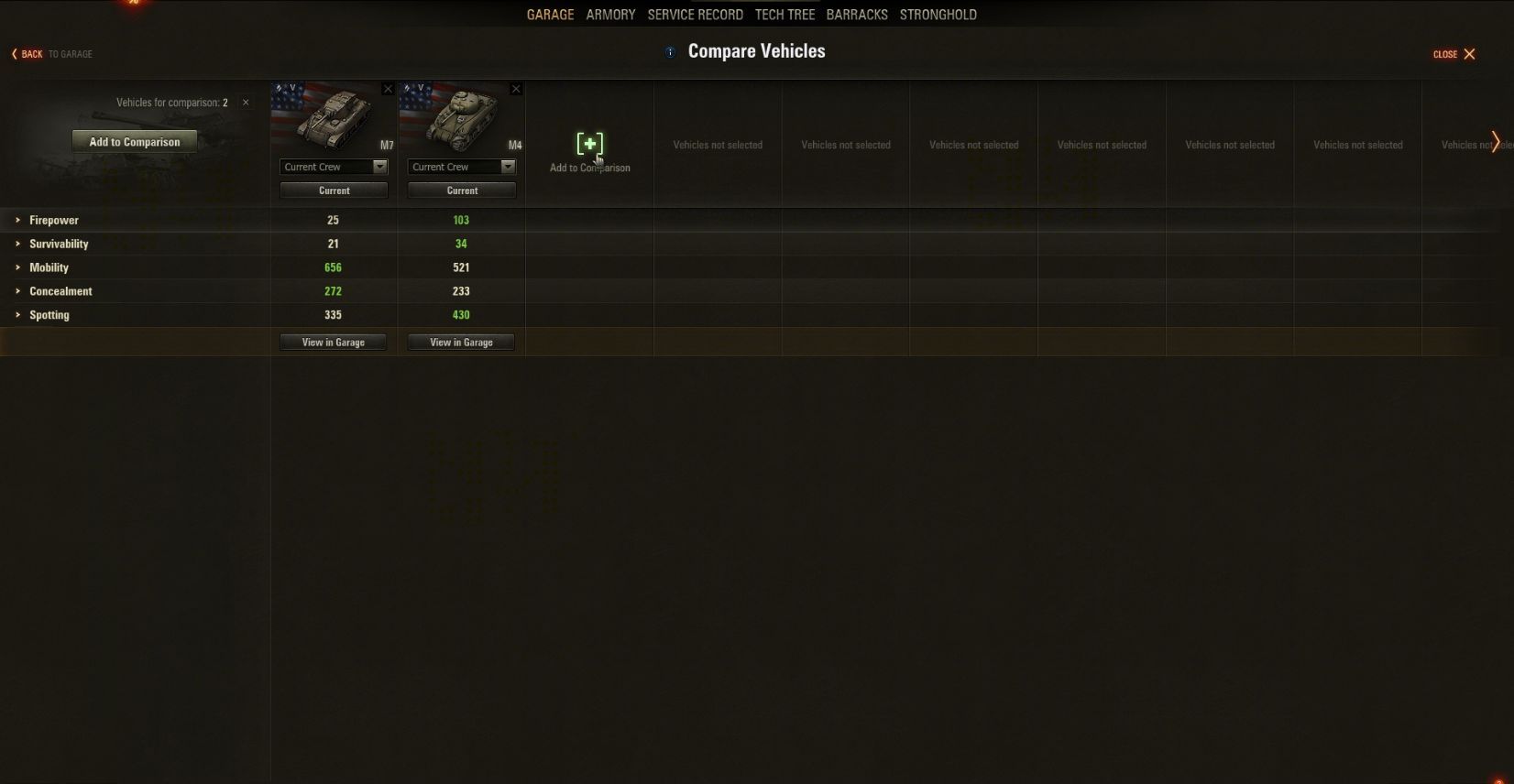 In 9.15.1 we started reworking the minimaps into a new format. We're aware there were display bugs in this feature on initial release and have addressed them. In this update, we are adding 14 more minimaps into the game: