The French army accelerated its mechanization after World War I. This also affected the cavalry; the mobile strike force. In the early '30s, the cavalry shaped their tactical and technical specifications for an armored combat vehicle -- a tank designed specifically for mobile mechanized units. The vehicle was designed by SOMUA, a subsidiary of the weapons manufacturer Shneider.

The contract for designing and building a 13-ton tank with armor thickness over 40mm and a top speed of 30 km/h was signed in October 1934. The company spent only seven months building the first prototype. In April the prototype model was ready, and such a short term was achieved by using foreign experience. The engineers who designed the suspension and transmission earlier worked with the Czech Skoda, so these components were basically borrowed from the superior light tank, the Lt.35. The engine and the gear box also "descended" from the Czech Republic. 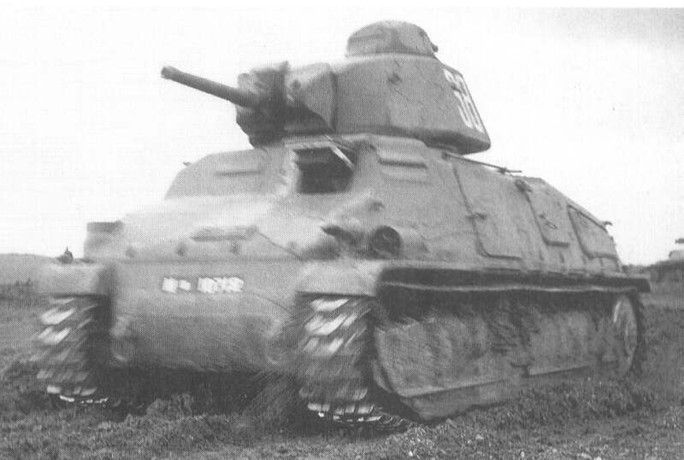 The speed and fuel distance of the new tank completely satisfied the requirements of the cavalry, but much work had to be done to eliminate defects. The cavalry badly needed the new tanks, so they did not wait to make the first order. The vehicle entered service in 1939, designated the Char 1935 S, but more commonly known as the SOMUA S35.

Due to the limited time of putting the vehicle into service, the S35 had poor mechanical reliability and the arrangement of its modules required constant maintenance. Within the next two years, many improvements were made to the vehicle design. Only when most of the flaws were eliminated did the cavalry officially put the S35 into service and started purchasing the vehicle wholesale.

The S35 was mobile, well-armored (up to 36mm front hull armor and up to 56mm turret armor), and equipped with a superior 47-mm gun. It was rightfully considered to be one of the best tanks of its time -- not just in France, but the whole world. A considerable disadvantage of the vehicle was the one-man turret that made the commander perform the duties of a gunner and the loader. After the S35 got a turret with a wider turret ring, the radio operator could theoretically assist the commander in loading the gun, but in battle, it was near impossible.

By the spring of 1939, the French modernized the SOMUA S35. The improved version of the tank was planned to be equipped with a more powerful engine (220 h.p. instead of 190) and an improved chassis. But the major improvement was its hull and turret. The new tank, designated the SOMUA S40, was planned for mass production in October 1940, but the war sped up the work -- engineers were ready to start production of the new cavalry tank by July 1940, but bad timing prevailed again, as the German invasion started in May.

All's Fair in Love and War

The Battle of Hannut in Belgium on May 12, 1940 can be considered the first large-scale tank battle of World War II. The S35s used in the battle caused quite a bit of trouble for the Germans.

Outside Crehen, to the west of Hannut, a platoon of S35s destroyed four German tanks and a battery of anti-tank guns. Another platoon of S35s, among other German vehicles, destroyed the tank of German colonel Eberbach outside Tin. The colonel survived, but the attack was stopped. In the evening, the Germans made another attempt, but a counterattack of S35s made them retreat. The S35s took 20-40 direct hits from 20- and 37mm guns, but survived without a single hole. It was a localized success, but the hard situation in other front sectors made the French troops retreat to the second line of defense. 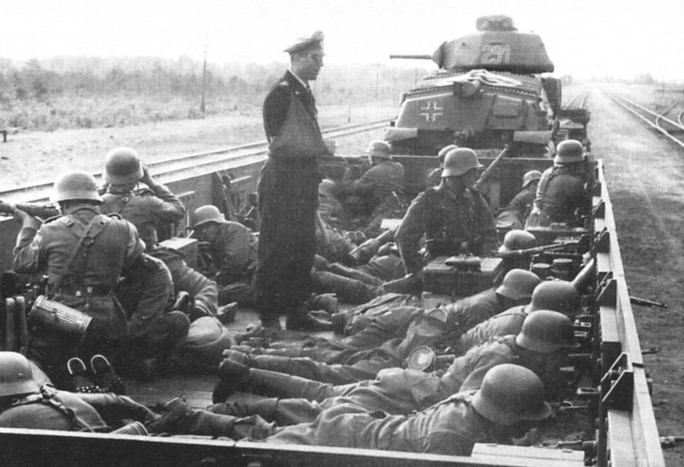 After France capitulated, a number of S35s ended up in the German panzer division. The tank underwent some improvements: it was equipped with a two-man turret and a better radio, and renamed the Pz.Kpfw. S35 739 (f). In this role, SOMUA S35s fought on many fronts, including the Soviet-German front. The latter witnessed a story that, perhaps, became the ground for rumors about German tanks that were actively used in attacks on the Brest fortress.

When the Germans started the war against the Soviet Union on June 22, 1941, the Brest fortress was one of the first strongholds struck. The main tank forces of Germany bypassed the fortress, leaving it for the infantry, artillery, and other troops. To speed up the destruction of the fortress, the Germans decided to use three S35s assigned to Armored Train #28 in one of the attacks. The tanks were unloaded from platforms and sent to battle. By the end of the day, all three combat vehicles were destroyed with grenades and anti-aircraft guns near the North gate. 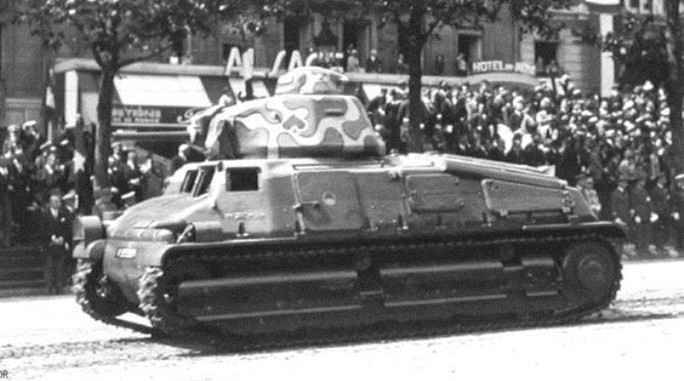 The captured S35s fought in Finland and Norway in battles for the Arctic. In 1944, a number of SOMUA S35s were used in the French army again, and liberated their homeland. Afterwards, the engineers, who worked on the S35 and its modifications, became the core of the team that restored France's tank building industry.