Tanker Talk: Players Sound Off on the Patton KR 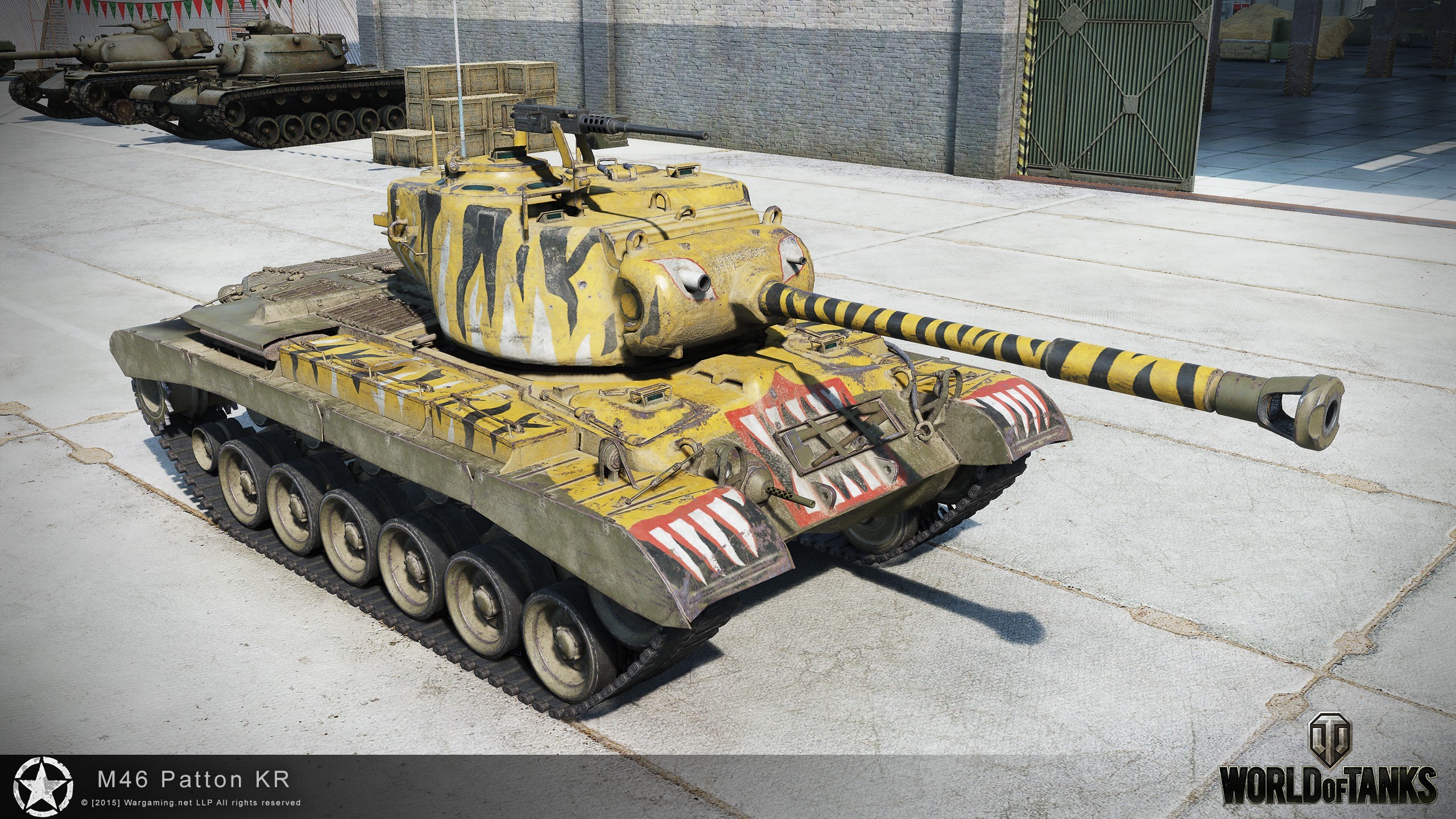 This month has been all about the M46 Patton KR, the extreme Patton with a tiger paint job! We're giving it away in the Tiger Hunt event and in Fantasy WGL, and you'll have the opportunity to buy one starting January 22! But what's it like? How do people like the Ripper Patton? Take a look below to find out!

A perfectly serviceable tank which looks awesome. For those used to its researchable counterpart, the M26, it has less turret armor and firepower, but due to the excellent gun handling and quick reactions it allows, when handled carefully it can be very rewarding. This is not a tank for people who like to slug it out; it's a tank for being annoying with, popping up, quickly firing a shot, and going somewhere else. Did I mention it looks awesome?"

"... Very similar to the well-loved Pershing... The primary difference between the Patton KR and the Pershing is that you gain a little extra DPM for a slight decrease in gun handling, plus the Patton KR has an awesome paint job!... If you like the Pershing, want tons of Credits, or just want to train a Crew for American medium tanks, then Patton KR is a great choice."

As someone... looking to move from heavies to mediums, the Patton KR was good. It plays really nicely on hills without struggling... The gun depression works nicely to get peeks over the ridge, without having to expose much of the turret. If you’re not already heavily invested into medium tanks, it’s definitely worth a look."

This tank is most often compared to the Pershing tier VIII USA medium tank, [and] rightfully so. Its play style should mirror that of the Pershing tank by using the gun's high accuracy and good soft stats to hit targets while in range, but shooting on the move will often yield good results. The AP shell velocity is top notch and you will find hitting moving targets easy. Be careful when shooting at the upper front of most heavy tanks as the 192mm pen values on the AP will cause many rounds to bounce off. Keep a good stack of APCR rounds on hand for this situation."

For the first games, I actually didn't think the tank was that good, but after I had more and more practice I figured out I wasn't using its strengths properly. Without a doubt the best aspect of the Patton KR is the aiming circle spread while moving/traversing is very low, which makes it great for shooting on the move and snap shooting while you poke in and out of cover, preferably while using its great gun depression. Unfortunately the mantlet is much weaker on the KR than the Pershing, but the lower aim circle spread tries to make up for that. I haven't played the Pershing so I can't say if one is better than the other, but I can say that the Patton KR is a good tank and definitely has a place on the battlefield."

I rather like the M46 KR. Decent speed and handling and a good gun is my play style so I like it. I'm disappointed in the armor, though I admit that it can still bounce shots if you're careful. Overall, it's a good tank with a unique play style."

Even if it is a M46, I seem to have to play the tank as if it is a M26. With that in mind, I tend to do better. On the positive side of things, I have yet to be in a tier IX battle [that] helps me use my skills and knowledge of enemy tanks better when playing this tank. The Patton 105mm gun would have been nice, but this tank was based on the ones used in the Korean War, which had the 90mm. Overall, this tank can be good for average and above players who know how to play a medium tank. It will not be as good as the T26E1 (because of its armor), but it can be as effective for the right players. Its tiger camo is a plus for sure. I like it, but still it will take me time to perfect playing the tank."