Update 10.0 brings a lot of new features to World of Tanks -- the next one we're unveiling is a new tutorial mode called Proving Ground!

What is Proving Ground?

Proving Ground is a tutorial PvE mode that gives novice tankers the opportunity to shape their first steps on the battlefield. They will be able to get acquainted with the basic elements of the game mechanics and prove themselves in combat.

PvE (Player versus Environment) is a term used to describe a battle between players and bots.

To enter this PvE mode, click the dropdown menu found next to the "Battle" button, and choose "Proving Ground". A player with fewer than 10 battles will have Proving Ground chosen by default. 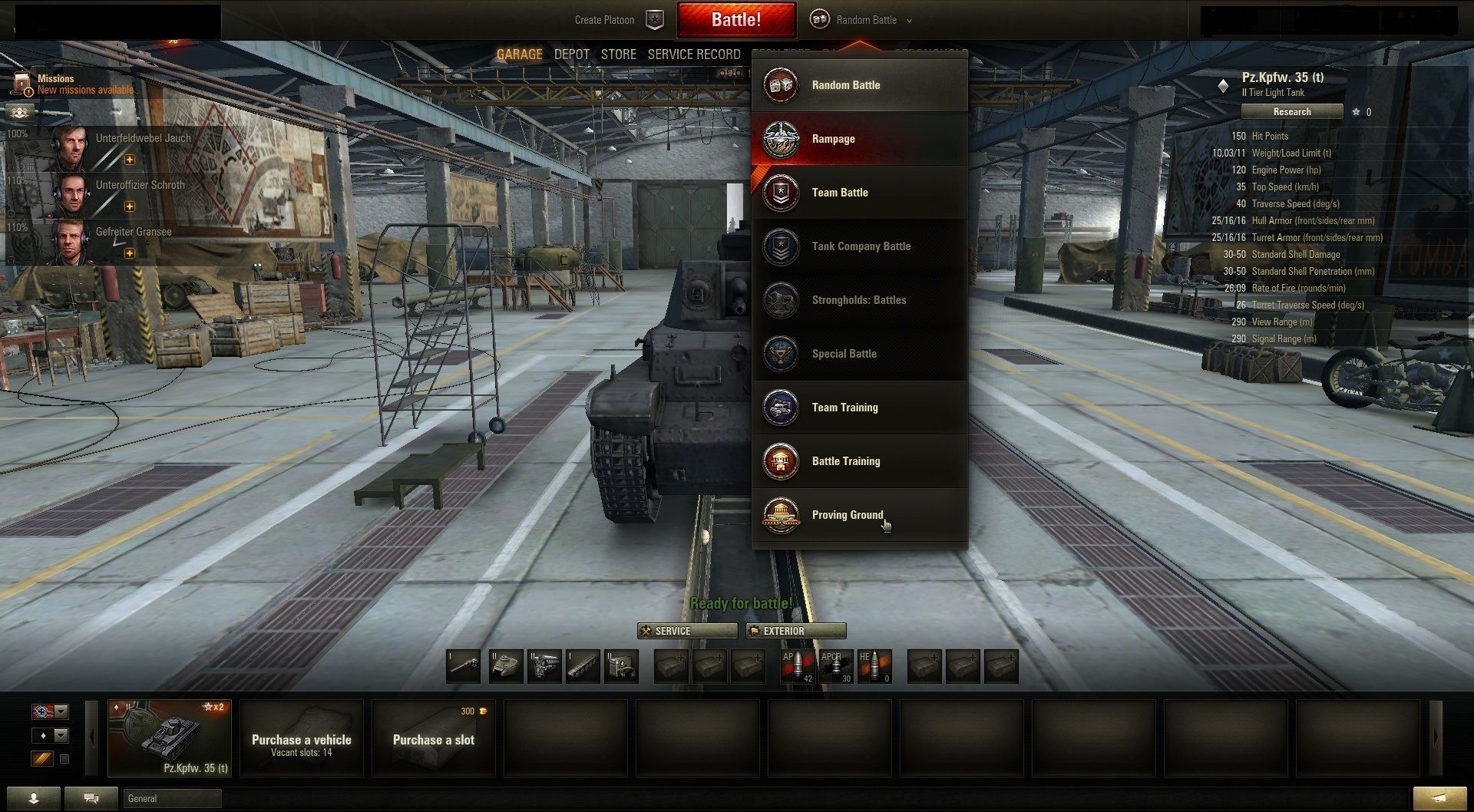 In Proving Ground mode, bots will act as the opponents and battles will take place in a 10v15 format. On one team will be three to six players, and the opposing team will be made up of 15 bots. 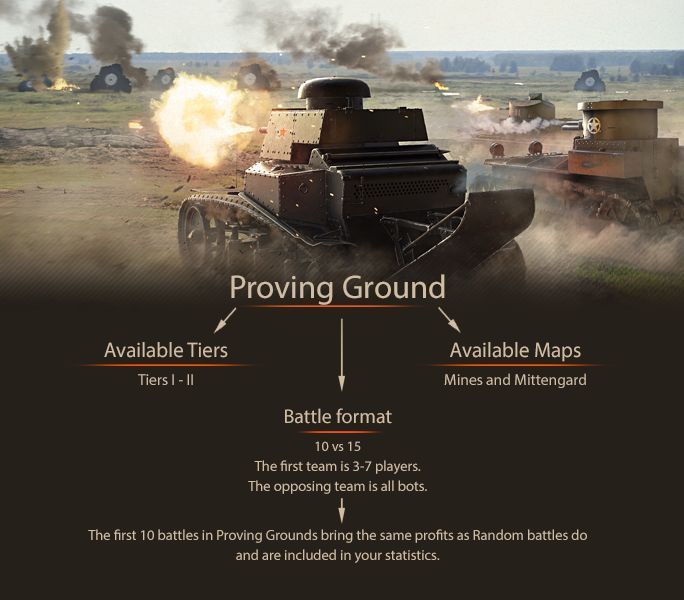