Military Appreciation Month is an important month for us here at Wargaming. We want to spotlight those employees that served and celebrate them throughout the month of May. Today we interview Rob Procasco, aka MaxChaos24, Gameplay Expert at Wargaming Chicago working on the World of Tanks Console team. 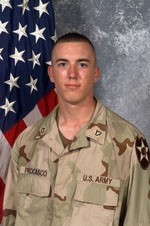 When did you join?

I joined the Army when I was 17 through the DEP (Delayed Entry Program), but officially started on June 25th, 2003.

Which branch did you join?

I started at Fort Knox, Kentucky for basic training  and completed my AIT training in Fort Bliss, Texas. My first duty assignment was at Camp Hovey in South Korea for a year and later I was deployed to Iraq in 2004. While in Iraq I spent my first six months in Ramadi and the following six months in Habbaniya. After my tour, I ended up back at Fort Bliss, Texas, serving out the rest of my four year term.

During my tour in Iraq, the Army phased out my MOS so after my tour ended I was sent to Fort Bliss, Texas where the Army made up a job for us. We were responsible for training troops from the U.S., Britain, Germany, Italy, and other countries to prepare them for deployment to Iraq.

After that, I was retrained as a 14T which is a Patriot Missile System Operator/Maintainer.

Tell us about a couple of your most memorable experiences.

During my time in the Army I was part of creating history twice, which is something that I will always remember.

Another memorable moment is when we were told what the local Iraqis thought of our unit in Habbinya. When asked, they said things like:

What did you do for entertainment?

During my down time I’d spend hours and hours playing Halo in LAN 4v4 tournaments.

What is your position now with Wargaming and do you feel that your military experience has helped you in this field?

I work on the console version of World of Tanks as the Gameplay Expert. My military experience of working on armored vehicles and being in war has helped a lot during my time here. I use my personal experience when advising the development team on how features should work/look or when making improvement suggestions to add that extra bit of realism to help immerse our players in the game. 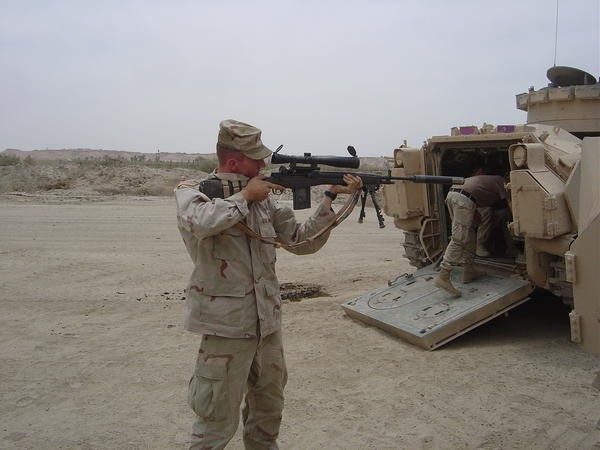