Throughout the early 20th century, Japan aggressively expanded its territory throughout Asia, and by the 1930s it was a major influence throughout the Far East. One aspect that helped to ensure Japan's success was a dedication to technical innovation and armament development among the military's high command. Naturally, this doctrine included the development of armored vehicles. While Japan began importing armored vehicles around 1917, less than 10 years later Japan’s own indigenously-designed armored vehicles were participating in battle.

The caveat is that these designs were light and medium tanks, designed to fight in China or take on island-based garrisons that lacked heavy weapons. The Japanese focus on lighter tanks means that the history of its heavy tank development is largely unexplored, with research into the topic made difficult by contradictory accounts and limited information. 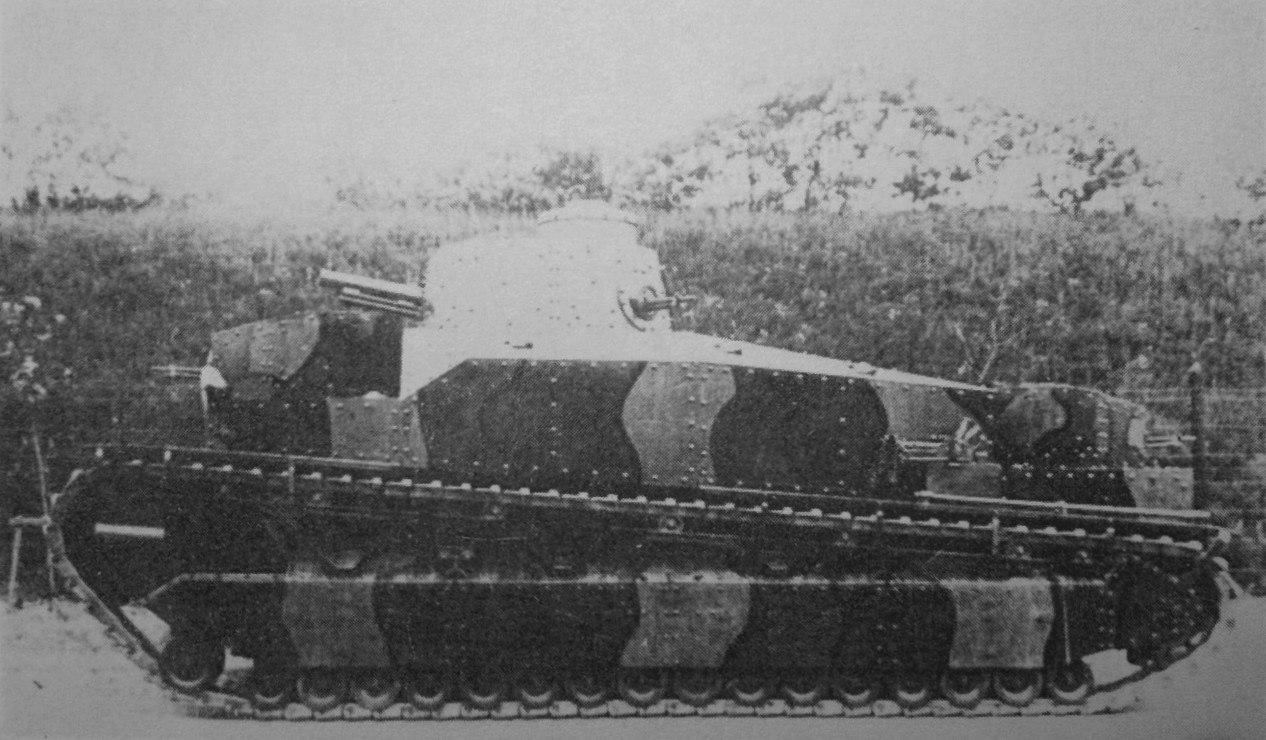 One thing that can be said for sure is that Japanese engineers worked on heavy tanks, beginning their development and testing before the outbreak of World War II. Design work on the first Japanese heavy tank prototype, the Type 91, began in 1930. Tomio Hara, who would become Japan's foremost amored vehicle engineer, worked on the project.

The Type 91 weighed only 18 tons and, by the standards of tank classification in Europe or the U.S.S.R., it would have been considered a medium tank. It was the tank's hefty gun—which measured 70mm—that elevated the Type 91 to the classification of heavy tank in the eyes of the Japanese military. Unusually, it also featured multiple turrets—three in total—suggesting that the designers were influenced by British tank designers of the era, who had a preference for multi-turreted vehicles.

The Type 91 would never see mass production and only one prototype was produced. Despite a positive reception, military command demanded a modernization of the design. 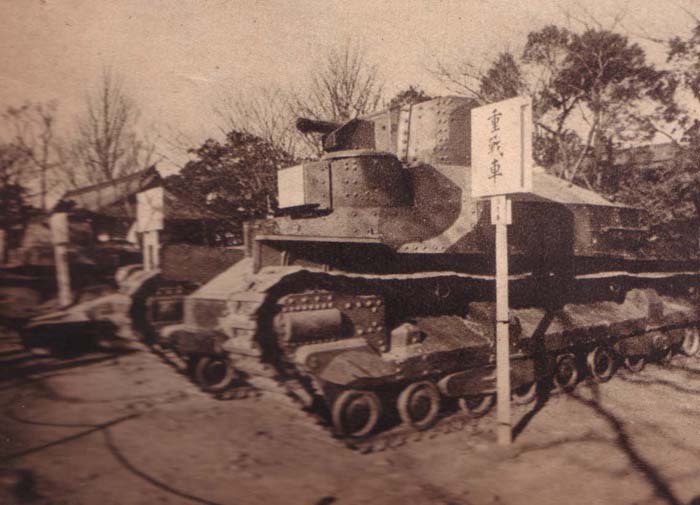 The Type 95 was the second heavy tank developed by Japan; the last to be developed before the outbreak of World War II, and entered service in 1935. For the Type 95, designers paid particular attention to new technology and increasing the vehicle's firepower. To this end, the 70mm main gun was complimented with a 37mm gun. The 70mm main gun had a low muzzle velocity and was better suited for striking protective structures and infantry, while the 37mm was intended for use against other vehicles with up to 30mm of armor. With a range of 300 meters, this meant that the Type 95 could pose a serious threat to the lighter-armored Soviet T-26 and BT-7.

Weighing in at 27 tons, the Type 95 was significantly heavier than the Type 91. This meant it was still classified as a medium tank by European and Soviet standards, but the Japanese thought otherwise. Part of this was due to the Type 95's unparalleled position in Asia, where it had no rivals in armor or weaponry. Reaction to the Type 95 within the Japanese military was mixed; its combat characteristics were lauded while its low speed (due to its weight) was criticized. Eventually it was decided to produce a limited experimental series, to be sent to the Osaka Army Arsenal.

Exact production figures have been lost, but existing sources suggest the production run consisted of less than 10 Type 95s. These tanks were primarily used in Japan as training units, although several were sent to China in 1938.

Had the super-heavy Mi-To tank actually reached the production phase, it would have represented the height of Japan's tank-building prowess. It never progressed beyond development, and attempts to track down the history of the vehicle have resulted in contradictory information and substantial mystery. What is known about the Mi-To is as follows:  Development on the super-heavy tank began after Japan lost the Battles of Khalkhin Gol in 1939. O-I was the name given to the vehicle by the Japanese Army while Mitsubishi-Heavy Industries (MHI) referred to the vehicle as the ‘Mi-To,’ because it was created in the MHI Tokyo Machinery Division. The O-I and Mi-To are often mistaken as two different projects, but recent findings have revealed them to be the same thing. Lastly, all of Japan's super-heavy tank projects were multi-turreted.

Shigeo Otaka, an engineer who participated in its development, revealed that the design team worked in a small room separated from the rest of the factory with a double door, intended to reduce the chance that someone might walk in accidentally. Furthermore, different departments of Mitsubishi developed components for the project in isolation without understanding exactly what their intended purpose was. The task of putting together the disparately developed parts fell on the designers working in the room with the double door. 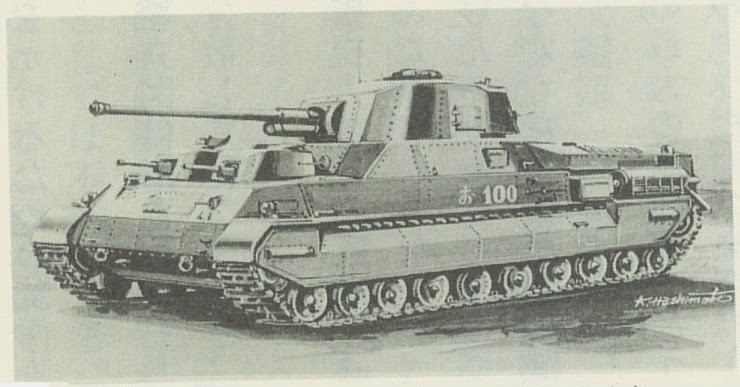 Each subsequent Mi-To design built upon the former designs, improving weaponry and armor at the cost of weight. The lightest Mi-To design weighed roughly 100 tons, while the heaviest was between 140 and 150 tons. Why would Japan need such a monster? Initially, when there was no threat of invasion to Japan, the super-heavy tank designs were planned to be used as assault vehicles. As Japan's defense perimeter in the Pacific began to fall in 1944, and culminating in the loss of Iwo Jima in 1945, it became clear that Allied landing ships might soon turn up off the coasts of mainland Japan. This threat caused the Mi-To design to be repurposed as a mobile fire unit for coastal defense.

As a coastal defense tank, the Mi-To was intended to have naval guns somewhere between 100 and 150mm in size. These guns would provide a suitable range and give the Mi-To the ability to damage landing craft and ships providing cover. The heavy armor of the super-heavy tank would provide plenty of protection from explosions and shrapnel; requiring a direct hit to destroy. While massive by tank standards, these super-heavy tanks would be a difficult target for seaborne guns to hit accurately.

With Japan's surrender in August of 1945, development of the Mi-To came to an end. Was a prototype ever developed? Information suggests that one vehicle was produced and sent to Manchuria for field testing, where it was discovered that the chassis had serious problems. But, like most of the information about Japanese super-heavy tanks, this is difficult to verify and shouldn't be considered totally reliable.