Not all soldiers in World War II walked on two feet. One of the more unusual cases involved a bear and the Polish army.

Wojtek the was a Syrian bear cub found and adopted by a member of the 22nd Artillery Supply Company of the Polish II Corps while stationed in Iran.

Wojtek was sold to the troops by a local boy that found him and said his mother had died. The price for this purchase was rumored to be a few cans of tinned meat. 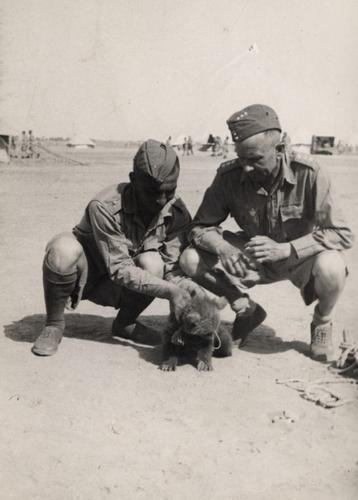 The bear quickly became the unit’s mascot and traveled with the unit through Syria, Palestine, and Egypt until it was time for them to join the British 8th Army in the Italian Campaign.

The 22nd had the bear drafted into the polish army so it could get transport on a ship to join the fight. 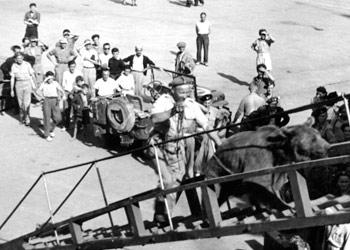 Wojtek is famous for helping the solders carry ammunition during the Monte Cassino campaign. The unit so loved the bear that they eventually created an emblem of a white bear holding an artillery shell against a green field. These emblems were painted on all of the unit’s vehicles. 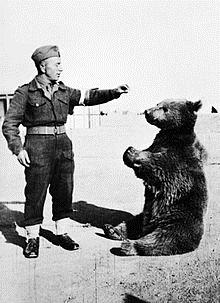 After the war, parts of the unit were sent to Scotland and Wojtek followed. The bear lived happily and lived to the age of 22, dying in 1963.

Wojtek enjoyed beer, and an occasional smoke, just like the rest of his comrades in the war.