Operation "North Wind" was the last major German offensive of World War II on the Western Front. It began on 1 January 1945 in Alsace and Lorraine in northeastern France, South of where the Battle of the Bulge was fought, and it ended on 25 January.

The objective was simple. The offensive was to break through the lines of the U.S. 7th Army and French 1st Army and destroy them. This would leave the way open for Operation Dentist, a planned major thrust into the rear of the U.S. 3rd Army which would lead to the destruction of that army. 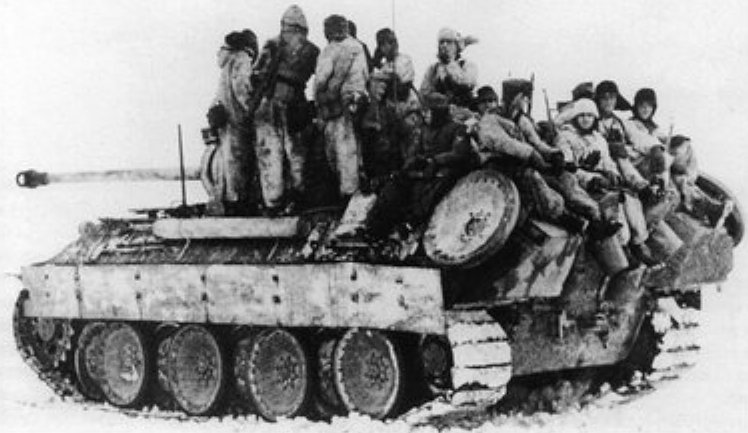 On January 1st, 1945, German Army Group G launched a major offensive against the thinly stretched line of the U.S. 7th Army. Operation Nordwind soon had the understrength U.S. 7th Army in dire straits. The 7th Army at the orders of U.S. General Dwight D. Eisenhower had sent troops, equipment, and supplies north to reinforce the American armies in the Ardennes involved in the Battle of the Bulge.

The initial attack was conducted by three Corps of the German 1st Army and by January 9th, the XXXIX Panzer Corps was heavily engaged as well.

By January 15th, at least seventeen German divisions were engaged including the 6th SS Mountain, 17th SS Panzergrenadier, 21st Panzer, and 25th Panzergrenadier divisions. Another attack, smaller, was against the French positions south of Strasbourg but it was finally stopped. 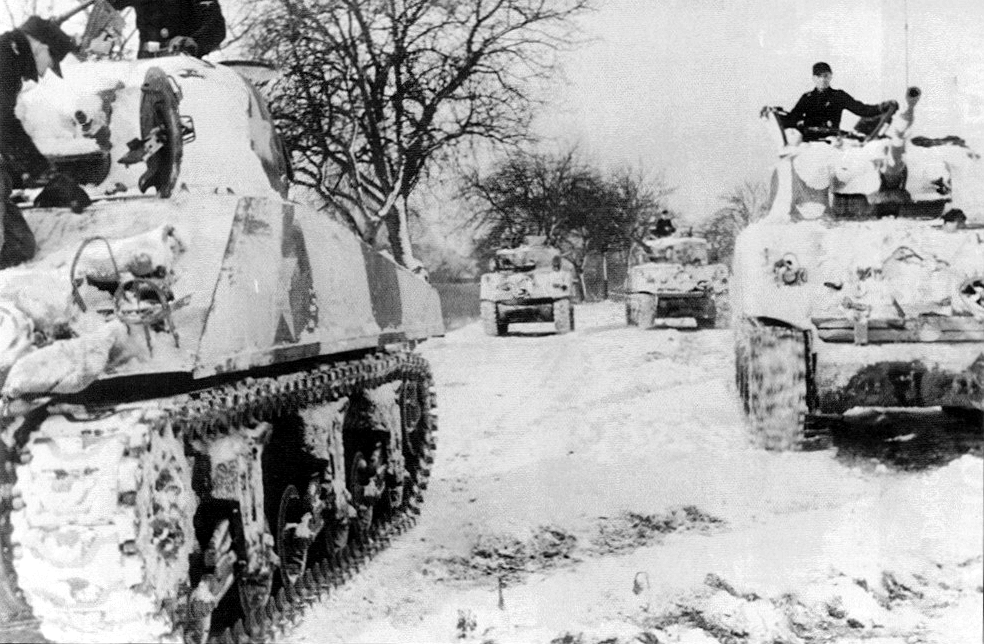 Sherman Tanks Captured in the Battle

Fearing the outright destruction of the U.S. 7th Army, Eisenhower rushed already battered divisions from the Ardennes, southeast over 62 miles to reinforce the 7th Army.

Their arrival was delayed, and the Americans were forced to withdraw to defensive positions on the south bank of the Moder River on 21 January. The German offensive finally drew to a close on 25 January, the same day that the reinforcements began to arrive from the Ardennes. 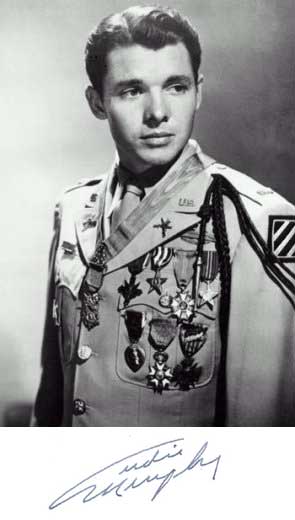 On January 26th, with temperatures around 14 °F, and two feet of snow on the ground, Audie’s unit participated in the battle at Holtzwihr, France.

After fighting for some time, Murphy's unit was reduced to an effective strength of 19 out of 128. Murphy sent all of the remaining men to the rear while he shot at the Germans until he ran out of ammunition.

He then climbed aboard an abandoned, burning M10 tank destroyer and used its .50 caliber machine gun to cut down the German infantry, including one full squad of German infantry who had crawled in a ditch to within 100 feet of his position.

He then was able to call in artillery fire using a land-line telephone and, under heavy fire, was wounded in the leg. He nonetheless continued his nearly single-handed battle for almost an hour. He only stopped fighting when his telephone line to the artillery fire direction center was cut by enemy artillery.

As his remaining men moved forward, he quickly organized them into a counter-attack which ultimately drove the enemy from Holtzwihr. For these actions, Murphy was awarded the Medal of Honor.

When asked after the war why he had seized the machine gun and taken on an entire company of German infantry, he replied simply, "They were killing my friends."

Murphy was awarded 33 U.S. decorations and medals, five medals from France, and one from Belgium. He received every U.S. decoration for valor available to Army ground personnel at the time. He earned the Silver Star twice in three days, two Bronze Star Medals, three Purple Hearts, the Distinguished Service Cross, and the Medal of Honor. 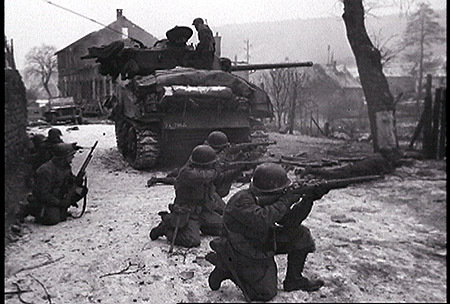 Americans in action during Operation Nordwind

Operation Nordwind, although costly for both sides, was unsuccessful in its goals, and all its gains were erased by the end of January. The failure of the offensive allowed the U.S. 7th Army to push the German forces back across the Rhine River, with the exception of the Colmar Pocket.

In February, with the assistance of the U.S. XXI Corps, the French 1st Army collapsed the Colmar Pocket and completely cleared the west bank of the Rhine River of German forces in the area south of Strasbourg.