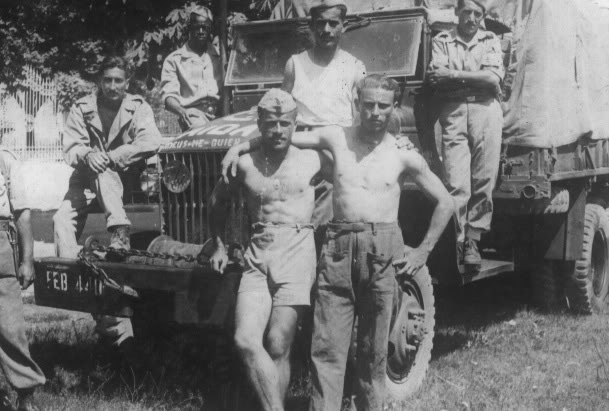 World War II was truly a world war. Many other nations participated in addition to the more historically recognized combatants. The Allied forces in Italy were a true multinational coalition. The Brazilian Expeditionary Force (BEF) is one of the units that few, outside the country of origin, know much about.

Early on in the war with the result uncertain, Brazil was reluctant to get involved.  Would a dictator, Getulio Vargas, send troops to a foreign land to put down another dictator?

Brazil declared war in 1942 but did not quickly send troops.  The joke slowly began to circulate that “It would be more likely for snakes to start to smoke than it would be for the Brazilian Expeditionary Force to set out”. This led to the expression in Brazil “when snakes smoke”.  This is an idiom that equated, at the time, to “when pigs fly”.

The BEF took this to heart when they shipped out and designed a divisional shoulder patch that displayed a smoking snake and called themselves ‘Cobras Fumantes’ which literally meant Smoking Snakes—this has since changed the use of the phrase to “snakes will smoke!” which implies something is about to happen.

The first BEF troops arrived in Italy on July 16th, 1944. They began additional training to integrate with their allies. The BEF was organized after U.S. standards. The three infantry regiments chosen to form it were units with considerable tradition within the Brazilian Army. They were from different military commands of the country, but they all came from roughly the same region, being uniform in composition as far as quality of the troops go. The wide majority of rank and file were in their early twenties, a number of the field officers were civilian reservists hastily drafted. For Brazilian standards of 1943, health conditions of the troops were above those of the Brazilian Territorial Army.

They were sent to the Arno and Sercchio river valleys after this short adaptation period.  They did well in their first minor actions; mainly reconnaissance and patrolling missions, having liberated a number of Tuscan villages. The first combat order was received on September 15th, it consisted of a reconnaissance action in the small city of Massarossa, but the Brazilians ended up taking the city.

After Massarossa came Bozzano, Camaiore, Monte Prano and others. Due to the large amount of men of Italian extraction, friendly contact with the Italian civilians was a positive trait during the entire campaign.

By Early 1945, the Brazilians were giving support to the 10th mountain division and assisted the main attacks against Mounts Belvedere and Gorogolesco.  On February 21st, the 1st Regiment took Monte Castello from II Battalion of the 1043 Regiment of the 232nd German Division. This was the division’s first major operation. 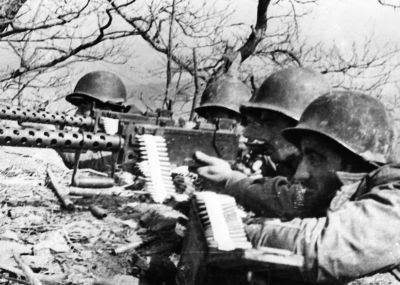 After Monte Castello and other actions, the division played an important role in the conquest of a series of mountains located in the Reno Valley.  Eventually, they were called to action when the time came for the Spring Offensive and the final thrust into the Po Valley.

On April 14th, flanked by the 1st Armored Division, they attacked the city of Montese, a last bastion of the Nazi attempt to hold the Allies before the Po Valley. Montese was the bloodiest episode in which the Brazilians were involved.  They sustained 426 casualties over four days, until the city and neighboring hills were completely dominated.  It was a fight that engaged almost all of the division’s infantry battalions.

The participation of the Brazilian Expeditionary Force in the Italian Campaign may initially seem a small contribution when considering the millions of people involved in the war.  Brazil, a poor country at the time and ruled by a dictator, beat all the odds and was able to field a military force half way around the world. 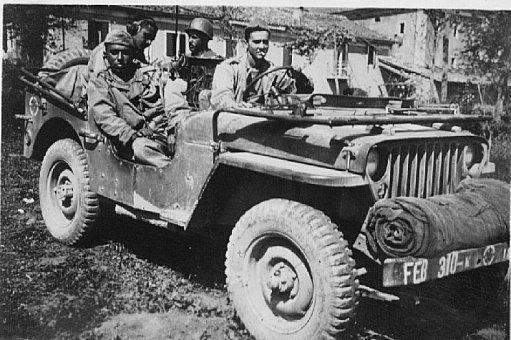 While most of the soldiers were conscripts, The Brazilian Army was not segregated and included people of Japanese, Polish, Russian, African, German, Italian, and Portuguese descent.

It is debated if the cost of sending the troops from Brazil was worth the effort, and what their overall contribution was to winning the war. However, the repercussions in Brazil and in the Western hemisphere cannot be undervalued. The war impacted the Brazilian soldiers and their way of thinking.

The Brazilian soldiers pondered the following: "How can we be fighting for Democracy if we don’t have it back home?"

When the troops returned to Brazil, the dictator Vargas was promptly overthrown.