History comes alive in World of Tanks, and with the arrival of the 9.0 update, you will experience history like never before. Along with reimagined maps and HD vehicles, New Frontiers brings some of history's most iconic tank-based conflicts to World of Tanks in a brand new game mode: Historical Battles!

Please note: these images are for preview purposes only and are subject to change before release.

How Can I Play Historical Battles?

Once 9.0 arrives, you will see a brand new battle mode appear in your drop down menu in your Garage, as shown:

You will need to select one of the several tanks eligible for use in your battle of choice. Because each battle is based on historic vehicle configurations, you will not be able to modify your loadouts; each vehicle will be equipped in battle based on historic conditions. The Historic Battles tab will show you which vehicles are eligible. Any eligible vehicle in your Garage can be used; you will be prompted concerning the Credit cost of your historic loadout before entering. 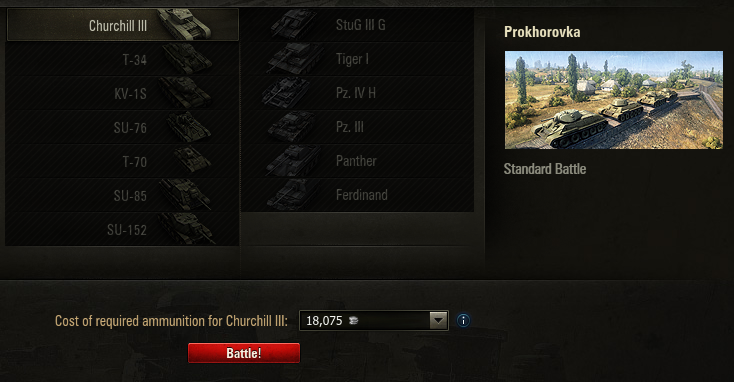 In the image above, you can see that the Churchill III is already owned. By selecting the Churchill III (or any eligible tank) you can enter Historical Battles that use that tank. Of course, each battle has a different set of tanks based on its particular moment in history. And like those battles, you might find some battles have different numbers of combatants on each team, depending on vehicle type.

Get ready to experience tank warfare through a whole new lens in Historical Battles!