Gamescom 2011, the biggest and the most famous trade fair for video games, has started on August 17th at the Koelnmesse in Cologne, Germany. Wargaming.net team is glad to be part of the terrific trade fair, presenting its highly-anticipated World of Tanks game project. Other famous projects' booths can be found at Gamescom 2011:  Blizzard Activision (World of Warcraft, Starcraft, Call of Duty, Prototype II), Trion (End of Nations and Rift), Electronic Arts (Battlefield 3). A huge ESL's booth attracts attention of the event guests; we are glad to remind you that August 20th, World of Tanks will run a special show match at ESL's booth with Panzerknacker, winners of The Drill Training Camp Championship. 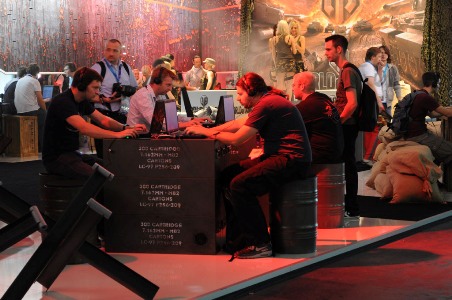 Gamescom 2011 is held from 17 to 21 August 2011 at Koelnmesse, Cologne Trade Fair. It is the world's largest games event with thousands of journalists and hundreds of exhibitors.

In 2010, 505 companies attended the event offering their projects. This year Gamescom hit the record with more than 550 exhibitors from over 40 countries, which are present at the show! But even half a thousand games cannot cover the immense Koelnmesse building, which impresses visitors straight on arrival.

August 17th is the first day of Gamescom 2011 event; this day is a so-called 'mass media' day, when no visitors are allowed to enter and only journalists and media representatives can roll into the game. Nevertheless, the fair is full of people, who are eager to try everything, and especially to ride a tank! Undoubtedly, August 18th promises to bring thousands of visitors who will spend all day on playing games. 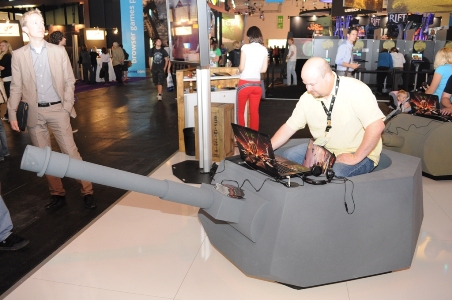 And surely, Wargaming.net cannot help describing its booth at Gamescom 2011. World of Tanks' booth is authentic as we strived to reserve the military atmosphere of WWII but in a modern interpretation. Players are offered to visit the thematic game zones with strongly marked borders: the 'German area' has field barrels in it; tank turrets rise above one part of the tourney area, while the other its part is full of sacks, and the fourth one resembles blindages. 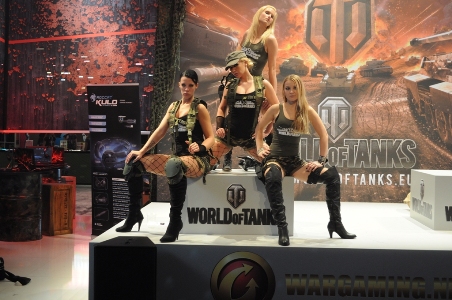 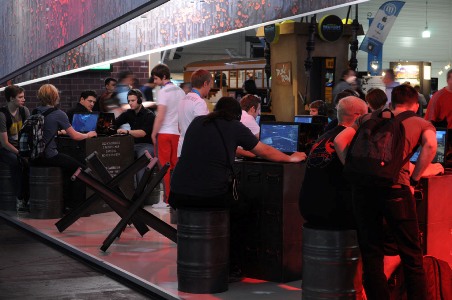