Domination mode tasks you with destroying tanks or capturing and delivering flags to your base. Friendly fire is off, plus repair points can heal you and replenish ammo, and if you're destroyed, you can respawn in a matter of moments.

In this article, we cover the finer points of Domination's features, and how you can maximize your time and teamwork.

• PLAY IT! Domination mode Stage 2 begins June 16! Find details and the schedule in this article.

• CHANGES! As of June 4, we're increasing Domination's XP and Credit payouts. Now's the time to play!

WARNING! Proper operation of Domination mode is only guaranteed for "clean" clients not running modifications.

Contents
Respawning | Repair Points | The Maps
Is Domination for You? 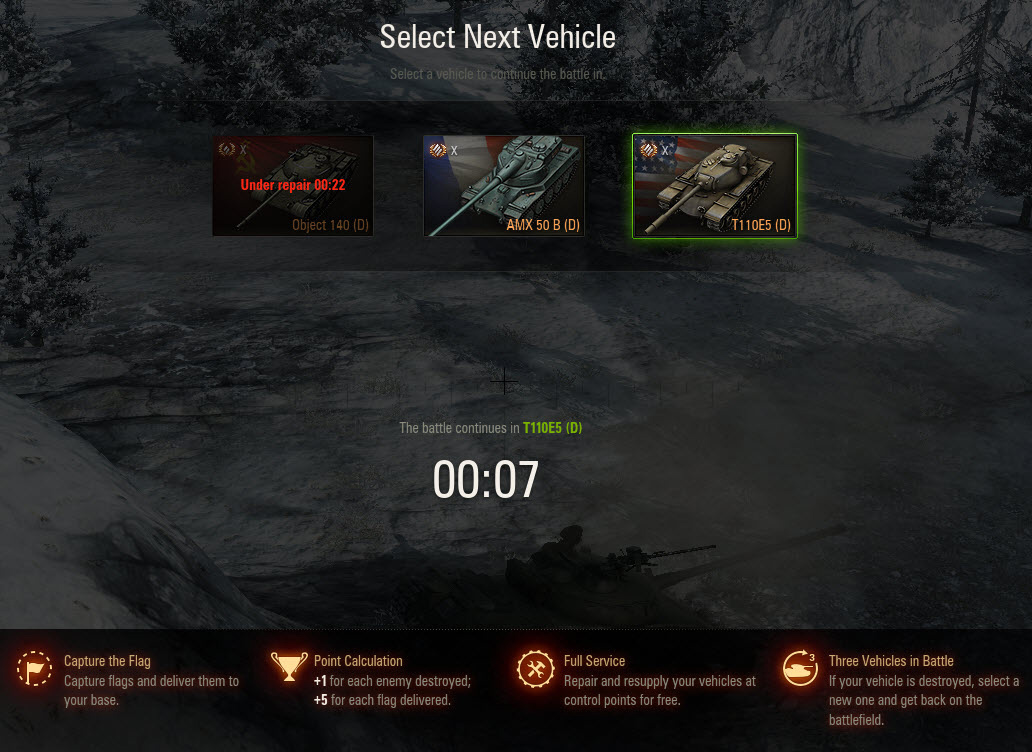 Respawning marks the biggest difference between this mode and the others in the game. You have the ability to respawn your tanks in the middle of the match and keep fighting until battle ends!

If you're  destroyed, you can select another one of the designated Domination tanks, but the destroyed vehicle will be unavailable for 30 seconds, and respawns always take 10 seconds before you can return to the fight.

There's no limit to how many respawns you have during a match. A respawned tank will have full ammo and consumables (as you've specified in the Garage). The only limitation is that a tank isn't selectable for 30 seconds after its destruction, so you won't be able to just hop back into the same vehicle. 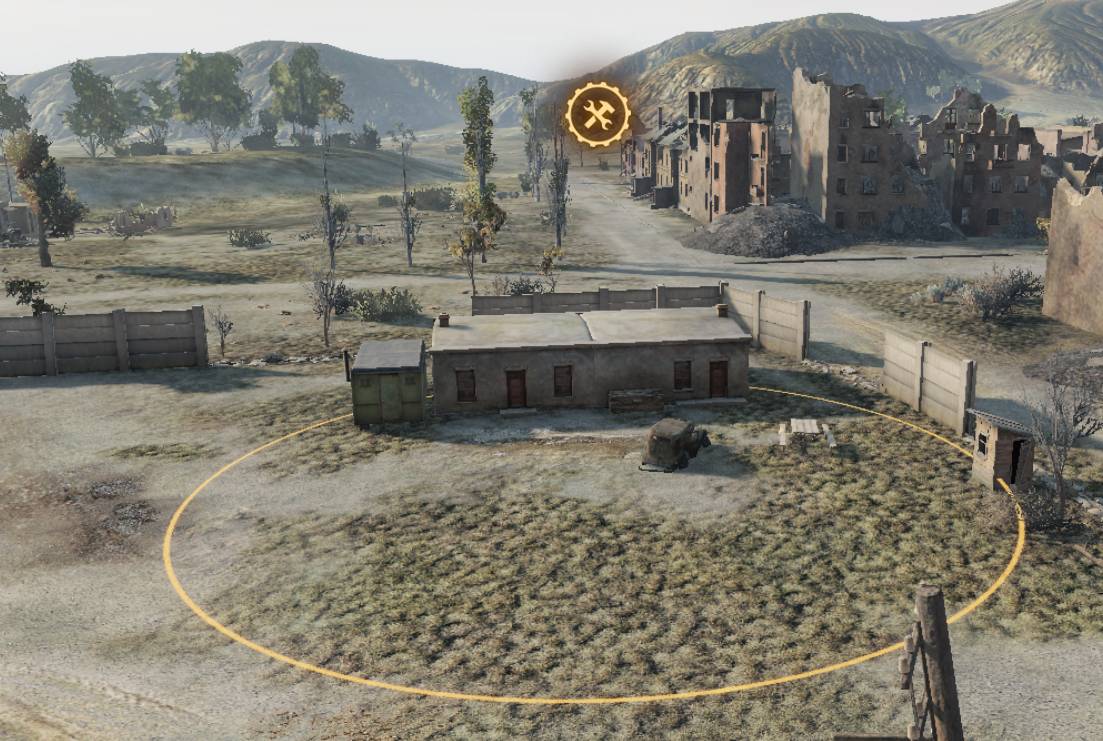 These warm, inviting circles can instantly repair a vehicle and reload rounds (that's reload, not resupply). However, you must stay in the circle for five seconds before getting refreshed. Once used, a repair point cannot be used by anyone for one minute.

The way repair points work is to help even out the kind of damage you can deal while playing. Keep in mind that friendly fire is turned off in Domination, so you can be a little more liberal with your firing if you're facing a large group trying to contest the flag.

The layout of points on each map is symmetrical: At least one flag, two bases on each side, and four repair points generally placed the same distance away from each base. Again, compared to destroying a tank (1 point), a successful flag capture is worth several times that, so a team's focus should often be on capturing. The Contribution Bar at the top of the screen is the scoreboard for a Domination battle, showing how close teams are getting to the 150-point goal.

Whenever a player is carrying a flag, they’re highlighted on the minimap, letting you and everyone else know where the flag is and where it's going. On some maps, the flag itself is neutral and will only change color depending on the player who grabbed it. If a tank holding a flag is destroyed, the flag immediately drops and becomes neutral. If not collected for 10 seconds, it goes back to its default position.

These maps should give players a reason to protect their fellow teammates with a flag, or group up and assault a player making a beeline to their base. 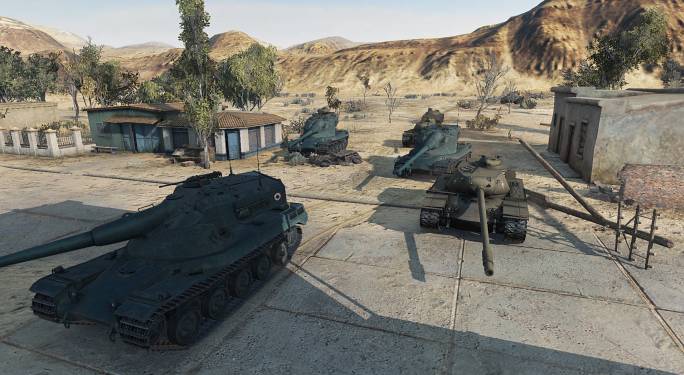 Is Domination Mode for You?

The best answer to this question is to try it and find out! Of course, bear in mind that due to respawning and limited ammo types, Domination is naturally a bit less tactical than the other modes in World of Tanks, and is very goal-oriented. Fun is the aim here, so try Domination and leave behind your worries about stats or team damage. And bring your friends -- Platoons with voice comms will have the most fun!

Good luck on the battlefield!