Developers' Blog: The Surrender of Japan 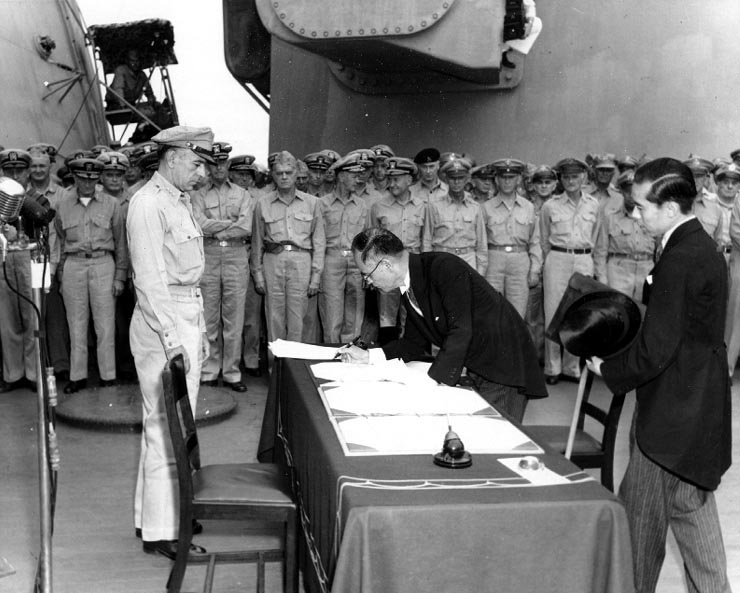 66 years ago on September 2, 1945, Japan formally surrendered aboard the battleship USS Missouri (BB-63), signaling an end to the Pacific War of World War II. Chris Keeling -- Wargaming.net's resident Military Advisor -- has put together a fantastic story that recounts the history of events leading up to Japan's surrender, as well as what transpired after.

On August 6, 1945, an American B-29 Superfortress dropped the first Atomic Bomb to be used in combat on Hiroshima, Japan, a key port housing several military headquarters, signaling the end of the modern Japanese Empire. Three days later, on August 9, a second bomb was used to destroy Nagasaki, also a port and a center for shipbuilding and other heavy industry. This act, along with the Soviet opening of hostilities against Japan on August 8 (in direct contravention of the Soviet-Japanese Neutrality Pact), as promised to the Western Allies, crushed the last hope of resistance among the Japanese leaders.

Read the full story on the Wargaming.net Developers' Blog!