Update: There is an updated article that provides more detailed information in regards to this event. Please be sure to read our "Newer Clan Wars Details for Rise of the Americas" article for all of the latest intel.

As you know by now our big 8.3 update has been released into the wild and, as part of this update, we've taken down the North American Clan Wars server to implement an important design change. This also means that the European and African regions that were part of the NA Clan Wars server will be no more. However, during this downtime we'll focus on bringing to you a brand-new Clan Wars map: North America, or more specifically, parts of the Eastern seaboard (at first).

The new plan is to unlock more regions over the coming weeks until the whole of North America (including Canada and Greenland) will be yours to conquer. The first segment of this release will be named Unclaimed Glory, will be limited to tank tiers I through III, and will take place in two phases. Also, be sure to visit the official Unclaimed Glory forum thread to see the full list of NA province maps for this event.

Rise of the Americas: Unclaimed Glory

Phase One will run for a short period of time and is themed around a "land grab" of four major provinces in the United States. These provinces will act as the only landing zones during the Unclaimed Glory event. Phase One will begin at 07:00 PST on January 24, 2013 and will end at 23:00 PST on January 24, 2013. Use this handy Time Zone Converter to find out what time this starts in your region. 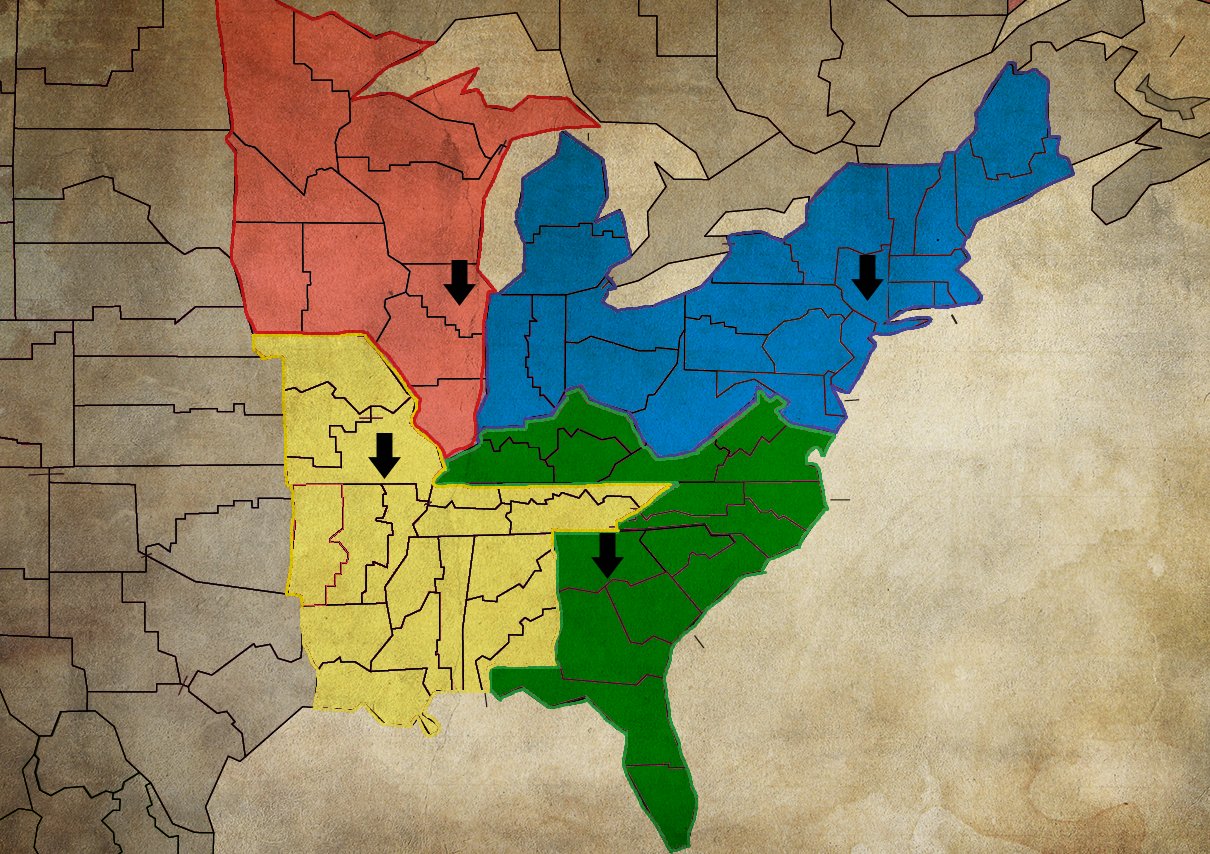 A clan controlling one of the major provinces at the end of Phase One will receive a special achievement medal for all of its members:

Phase two of Unclaimed Glory will be the major phase of this release, one that will allow clans to capture the remaining provinces. Phase Two will begin at 03:00 PST on January 26, 2013 and will end at 02:00 PST on February 7, 2013. Use this handy Time Zone Converter to find out what time this starts in your region.

The tier III restriction will still be in place for the remainder of this event, but the landing zones will revert to their standard locations.

Clans who manage to capture and hold the major provinces from Phase One, will be awarded with these special achievement medals for their members:

In addition to the medals, these Clans will receive gold for all provinces controlled at the end of the Unclaimed Glory event (excluding the landing province): 50,000

The gold reward will be automatically deposited into the Clan treasury roughly 72 hours after the end of the Unclaimed Glory event. Once this phase is complete, whatever the condition is of the territories is, that will be the make up of the NA Clan Wars Map.

Once the event has ended 02:00 PST on February 7, 2013 the new North American Clan Wars map will revert to the standard Clan Wars rules with no tier restrictions.