The Type 3 Chi-Nu Kai: Easy to Learn, Hard to Master

With the Japanese Tech Tree approaching in version 8.10, I was excited to be able to test out and give my impressions of the tier V Type 3 Chi-Nu Kai medium tank.

A response to the unstoppable presence of the American Sherman tank in the Pacific Theater, the Chi-Nu was armed with a potent 75mm high-velocity gun. A second version, the Chi-Nu Kai, was outfitted with an even more powerful 75mm cannon. It bears the slightly unfinished look of a tank thrown together in a hurry, which it was. Only one prototype was ready by the end of the war.

The awkward, yet oddly charming appearance left me a bit unsure as to how to treat it. Was it a swift medium to be driven up the flanks, or a sniper seated behind the first line of resistance?

Clearly, this required some experimentation.

Before I took it into battle, I noted the Chi-Nu Kai's high level of hit points for a medium, and the relatively low hull armor, as well as the top speed of 38.8 kph.

I resolved to treat this tank as a slower, slightly better-armored Wolverine, and utilize the good turret traverse and high fire rate of twelve rounds per minute to provide second-line support.

To get an unbiased impression of this vehicle, I started it with a crew trained from an issued 50% to 75% with Credits, with mounted vents, and a gun rammer.

As I was playing support, I also mounted a binocular telescope to add to my view range.

(I cannot recommend highly enough purchasing at least one of these beauties. It is basic equipment which does not cost Gold to demount, and can be moved between any vehicle, buffing their view range by 25%, excellent for a stationary sniper. )

On my first round, I was not yet used to the Chi-Nu’s constrained speed, and managed to maneuver myself into a disadvantaged position, taking hits, and bouncing three rounds off the side and front of a well-angled T1 Heavy.

While the top speed was not impressive, I was impressed with how quickly the Chi-Nu reached it and even maintained it on hills and rough terrain. The power-to-weight ratio is excellent, and the gun, when it penetrated, hit hard.

Undaunted, I resolved to try again on El Halluf, where I utilized cover and played second-line support, peeking over hills and rapidly repositioning over rough terrain.

I managed to score a victory, my first of the day, earning a Second Class Mastery Badge, 1,956 XP and 33,412 Credits, having fired none of my seven gold rounds (affordable for 2,800). If you get a piece of anybody, this tank is an excellent Credit earner, and boasts one of the most powerful tier V guns. 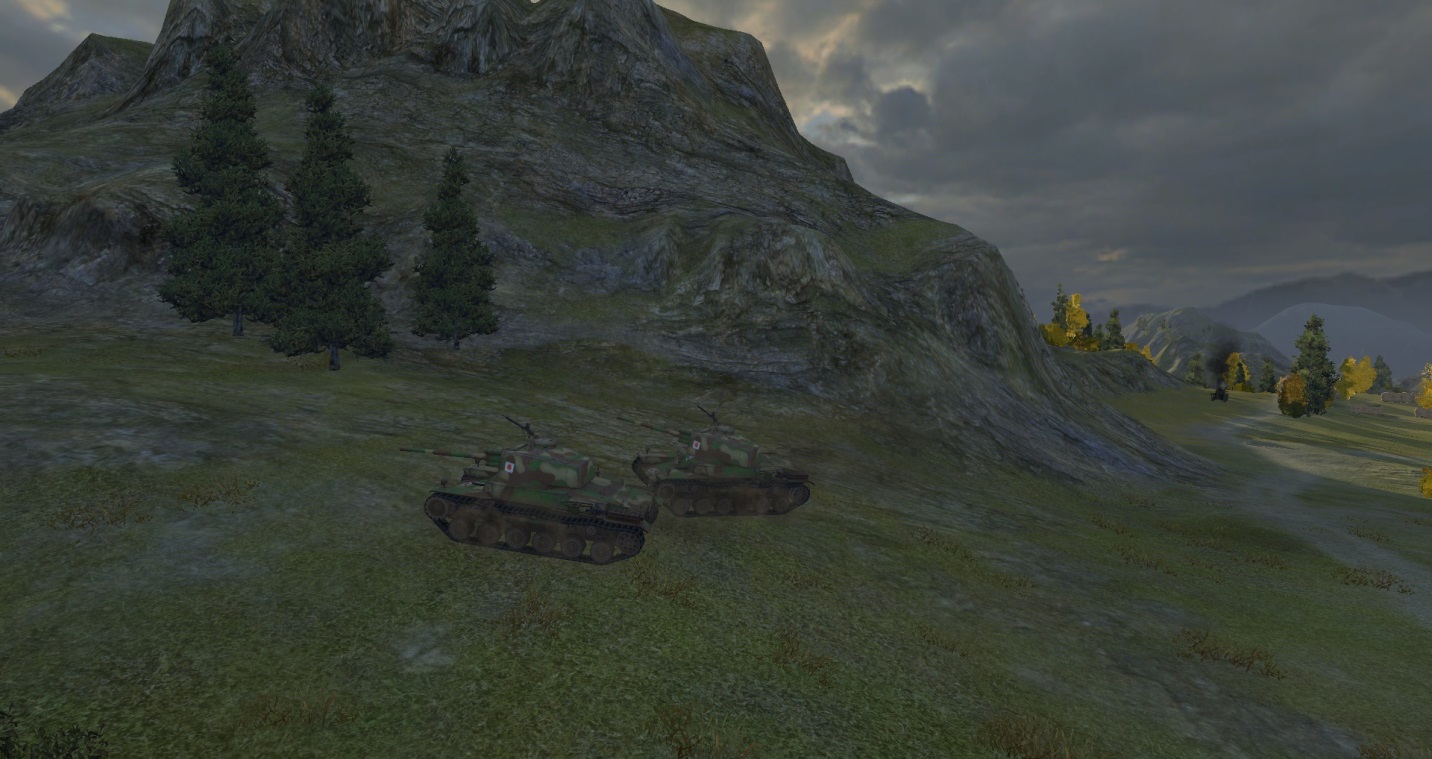 It occurred to me after a few more battles that the Chi-Nu not only resembles a healthier but slower-shooting American Wolverine in playstyle, but with the high rate of fire, good penetration at its tier, and consistent maneuverability, it plays in a very similar manner to the German Tiger I tank with its deadly  top 88 gun, and only seeing tier V/VI/VII matchmaking, instead of the Tiger’s VII-IX, of course!

If you want a tier V with Tiger-styled support gameplay at tier V, and like accurate, high-penetration guns, get this tank. If you are more of a brawler, or have a need for speed, this may not be the best tank for you. Something like the Churchilll III for brawling or the T-25 for speed may suit you better.

The Chi-Nu Kai never saw combat in the war, but in your skilled hands, it can make the enemy rue the day you got them in your sights!

Good Hunting, and see you on the battlefield!