Along with supplying the whole world with oddly named furniture, the Swedes also have a fine tank industry. While German designs laid the engineering foundation, the Swedish military harnessed their country's attention to detail to grow an array of interesting models. Rich and varied, the Swedish tank building industry has enough machines to make a diverse tech tree.

Two lines of Swedish warfare will be blasting their way into the game in Update 9.17: tank destroyers and a hybrid line of light, medium, and heavy tanks. And if you, like the rest of us, are waiting in anticipation for them to hit the battlefield, consider yourselves invited to a guided tour of these new vehicles. Start your engines, off we go! 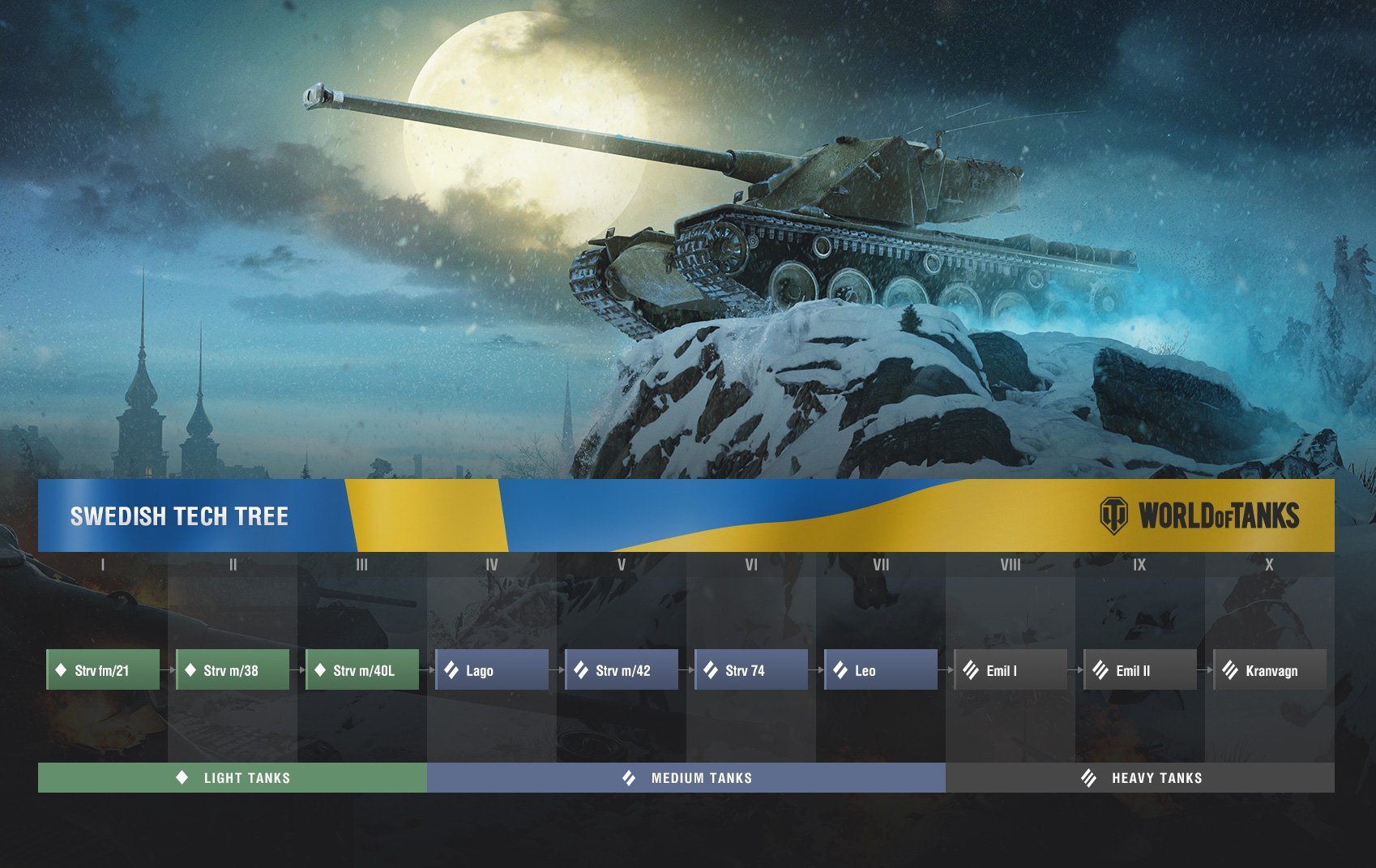 Another great Swedish invention: the word “smorgasbord”—the perfect way to describe the variety of tanks you’ll find in the Swedish Tech Tree. From lights, mediums, TDs, and heavies, there’s a little something for everyone. 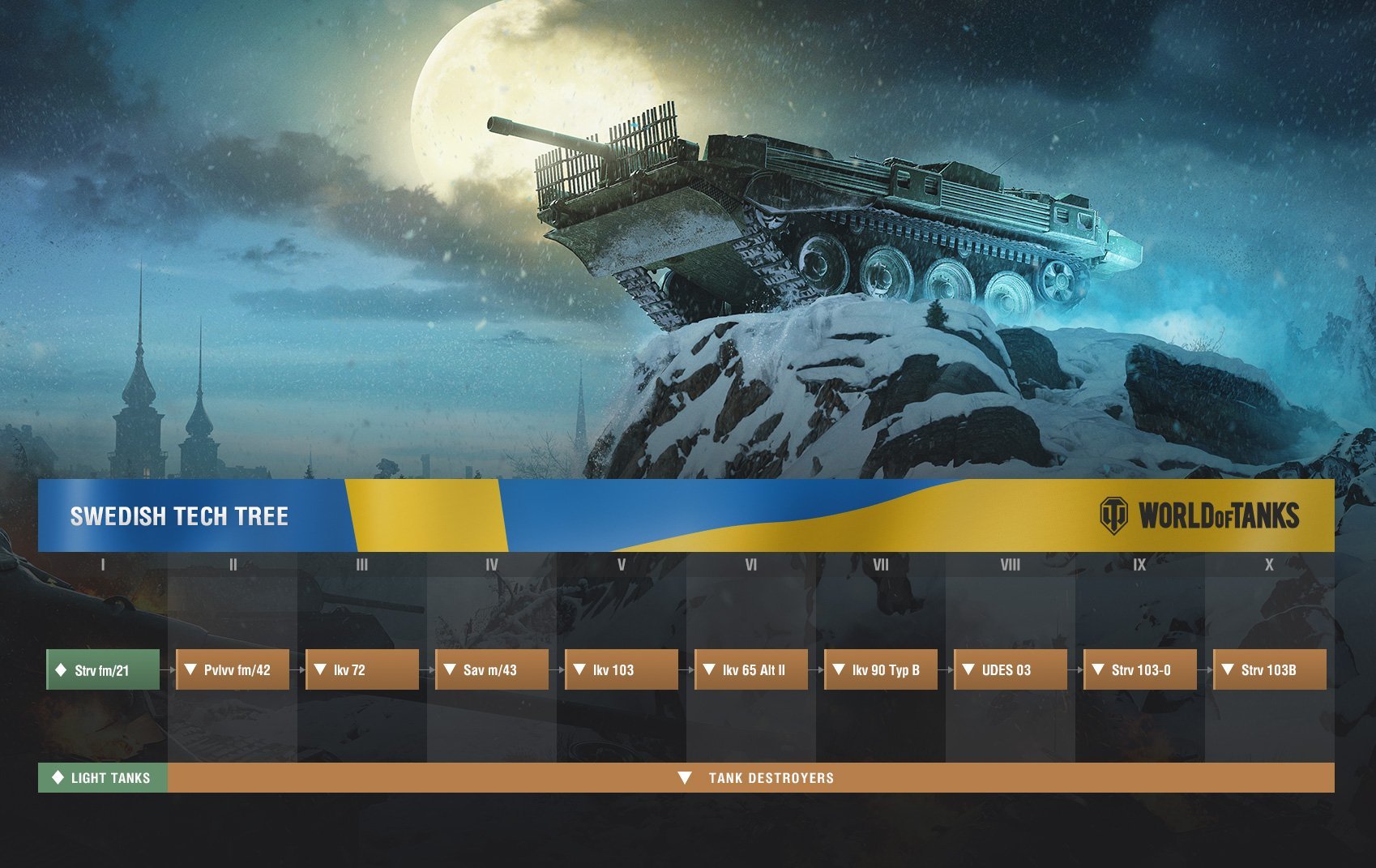 We hope you enjoyed our tour of the Swedish line and you can expect more info on Update 9.17 in the near future.

See what else we’re cooking up for 9.17: Supertest summary.
Next
Select a region
Selecting another region may affect the website content.