XP Bonuses & Penalties | Why These Changes? | What Happens Next?

Update 9.15 is arriving within the next day! One more feature we want to talk about is Platoons.

The outcome of a battle highly depends on the players and vehicles that make up a team. For those of you that enjoy rolling out with friends in a Platoon, this starts in the Garage while you choose your vehicles. It can strengthen your team with coordinated attacks performed by the Platoon, but can also hinder it if you've chosen vehicles of different tiers. That's where the changes for Update 9.15 come in.

Update 9.15 will give players a new reason to form Platoons - XP bonuses for choosing vehicles of the same tier! However, you'll also find that when choosing vehicles that are more than three tiers apart, you'll receive XP penalties. Before you head into battle, you'll receive a warning if the vehicles you've chosen will result in a penalty. You'll see your bonus or penalty listed in the "Detailed Report" tab of your battle results.

The bonus you receive when Platooning with same-tier vehicles will depend on the vehicle tier and whether the battle ended in a victory or a defeat. Players that create a Dynamic Platoon, a Platoon that's created once the players are already in a battle, will only receive their same-tier XP bonus once they've rolled out in their second battle. 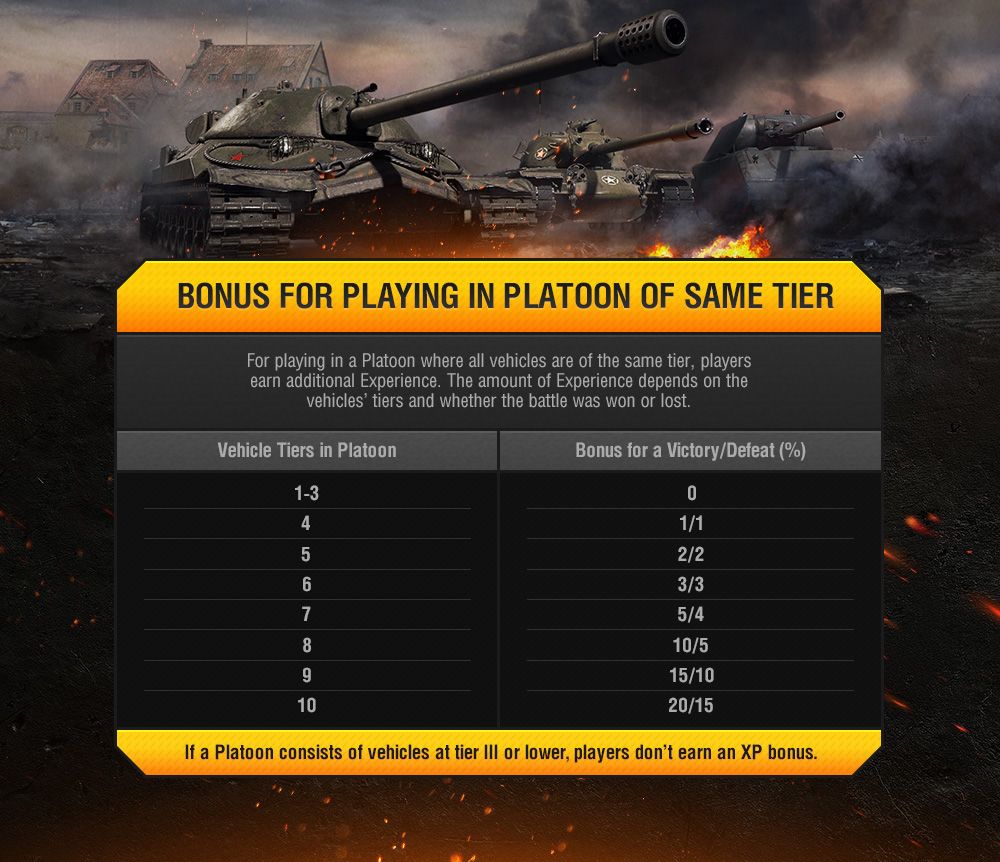 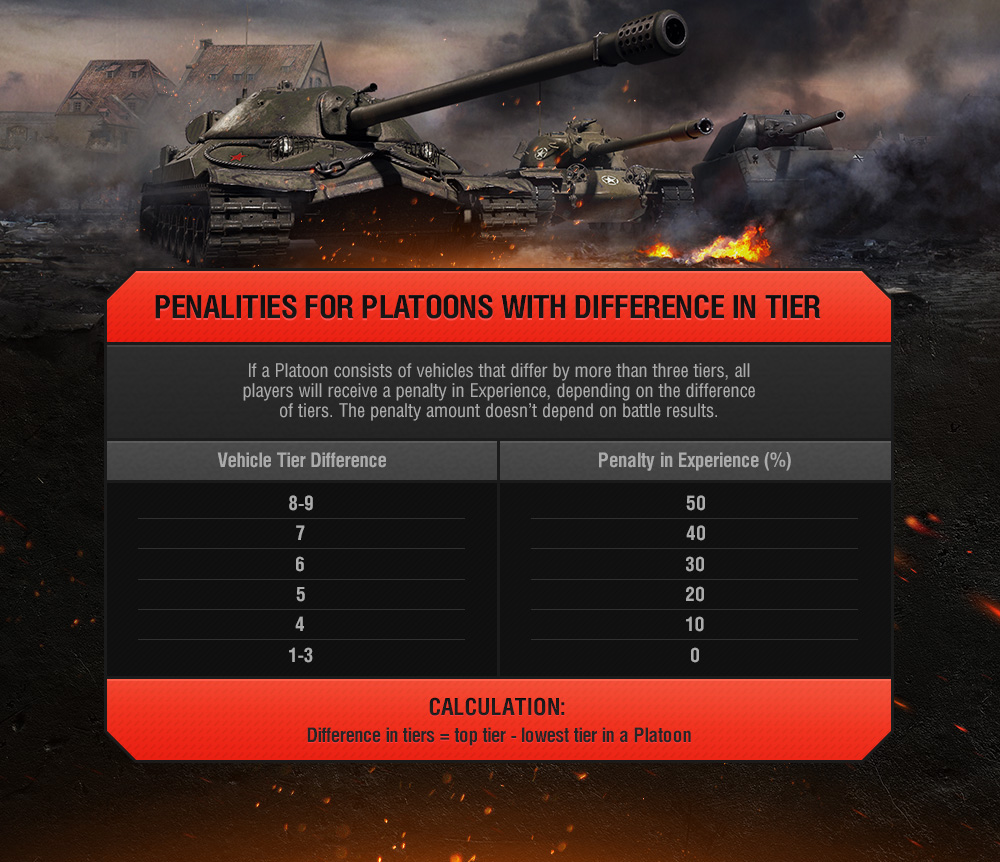 The bonus for same-tier Platoons will act as an incentive to unite and coordinate tactics in battle more effectively. Along with the current ability to create Dynamic Platoons, we also plan to make it easier to search for Platoonmates.

Players that prefer to play solo are also an important part of our game. However, we also want to encourage those lone wolves to try out a different way to enjoy World of Tanks by working together in Platoons.

Platoons with vehicles of different tiers can negatively affect the battle for your team, which is why the penalties have been put in place. This way we can ensure the teams are balanced and that your team doesn't have to work harder to achieve victory.

Beyond Update 9.15, we plan to eliminate the ability to Platoon with vehicles of different tiers. With that change, developers will be able to make the necessary improvements to the way teams are created, also known as "matchmaking".

Unlike the existing matchmaking system that depends on the number of players in line for battle on the server, the new system will instead focus on the equality of opposing teams in terms of tier and vehicle type. The current plan is to create battles using the "3-5-7 principle," with three maximum-tier tanks, five mid-tier tanks, and seven mininum-tier tanks for the battle.

This new system will not only help to solve the problem of unbalanced teams, but will also improve Random Battle gameplay by allowing vehicles to reach their full potential and can completely change the outcome of battles.

We will be carefully analyzing the effect of these changes, as well as your feedback. Based on these results, the development plans may change.
Please share your feedback to help us make the game we love even better!