Update 9.17 is set to have a full plate of new content: two branches of Swedish tanks, overhauled ricochet and overmatch mechanics, a few new HD vehicles, reworked minimaps, and other tidbits. As always, teams across Wargaming are working hard to prep these features for Supertesters, and here we'll shine a light on each new addition.

The Supertest happens at the early stages of development -- typically a month and a half before final release -- and involves checking the changes of a new update and searching for the most critical issues before setting it "live" for the public. World of Tanks Supertests are divided into production tests (new maps, balancing vehicles, etc.), and version tests (the entirety of the update).

Once Supertests are complete, Public Tests begin, and those are available to all players interested in trying out the new features.

The new Swedish roster grows in 9.17, adding heavy tanks and tank destroyers to the mix. The TDs are swift, well-armed, and excellent at keeping low profiles (unlike most of the game's TDs), so they'll be able to occupy favorable positions first, deal solid damage, and stay hidden thanks to their low silhouettes. To sweeten things, the tier VIII–X TDs have hydro-pneumatic suspension and can adjust their gun and its traverse using their hulls. Furthermore, they can be used with the new "Travel" and "Firing" play modes.

A second line is what we call the "hybrid" or "mixed" line, and it starts with the first armored vehicles ever built by the Swedes before moving into a variety of medium and heavy tanks. The three classic medium tanks at tiers II–IV (Strv m/38, Strv m/40L, and Lago) are dynamic universal soldiers with good elevation arcs -- perfect for newer tankers honing their skills.

The real fun begins with the Strv m/42 (tier V). Featuring exceptionally good gun depression (-15°), this vehicle is a master of stealth, and can pick off enemies while staying hidden on uneven terrain.

The tier VI Strv 74 may have poor mobility and thin armor, but that's offset with a powerful gun. Again, thanks to that 15° gun depression, the 74 can take out opponents from a distance and likely stay unseen. At tier VII is Leo, with the best dynamics and alpha damage for its tier, but a lack of maneuverability and armor.

As for the Swedish heavy tanks at tiers VIII-X, they sport well-protected turrets, autoloading guns, and, yes, that trademark gun depression, inspiring new tactics and use of the landscape. Emil I (tier VIII) is a tough nut to crack due to its thick frontal armor and good mobility, along with the autoloader. Tier IX's  Emil II could be compared to the AMX 50 120, but outperforms its French brethren in the strength of the frontal turret armor and gun depression. Topping the branch is Kranvagn, yet another prime example of turret strength, firepower and gun depression.

Based on your input from the 1st Common Test, we decided to postpone the overmatch and ricochet mechanics revision.

Designed to ensure enjoyable gameplay for tier VIII–X Swedish tank destroyers, the mechanics revision was shown to you during the first Public Test. You generated an impressive amount of feedback, providing us with plenty of in-game data and a number of reasonable suggestions on the new setup. This feedback allowed us to conduct a quick analysis, which showed that the reworked rules could influence the overall game immensely. They could lead to some deeper changes to vehicles strong and weak spots: a lot more ricochets where chances of them used to be zero.

Just like you, we wouldn’t want that. That’s why we’ll be taking some extra time to revise and fine-tune the mechanics thoroughly. We won’t release them until we’re sure they have been constructed intelligently and efficiently to reach our high standard of quality and without disrupting the gameplay fun.

Until we do, we’ll stick to the old, time-proven mechanic for all vehicles including the tier VIII–X Swedish tank destroyers.

Hot on the tracks of the arrival of Swedish tanks comes a change to how ricochets function within the overmatch mechanic. Replacing the current system will be a single, simpler mechanic that takes into account both the impact angle and the shell caliber. This will boost the combat efficiency of highly-sloped tanks, including Swedish tank destroyers.

With the impact angle included into the equation, overmatch will result in more normalization and a greater ricochet angle. The latter will depend on the caliber/nominal armor thickness ratio. Formulas asides, you’ll be able to bounce high caliber shells with thin, but highly sloped armor if the impact angle is large, and be able to penetrate well-armored vehicles with shells that aren’t x3 the armor thickness, if they strike the armor at a small impact angle.

Let’s say, you are firing at a 105mm armor plate with a 40mm gun. Under the current rules your chances of penetrating it are zero. Following the 9.17 release, all you have to do is aim so that your AP or APCR shell strikes the armor at the angle as close to the right angle as possible. And vice versa, knowing your weak spots and angling to maximize the impact angle will let you bounce enemy shells off thin armor. This new mechanic will come in extremely handy when Swedish tank destroyers roll out.

Tweaking game balance remains a priority, and among the tweaks coming in 9.17 is improved combat parameters of some underperforming Premium tanks. And that's thanks to you! Your feedback, combined with battle stats, were instrumental in fine-tuning their characteristics. 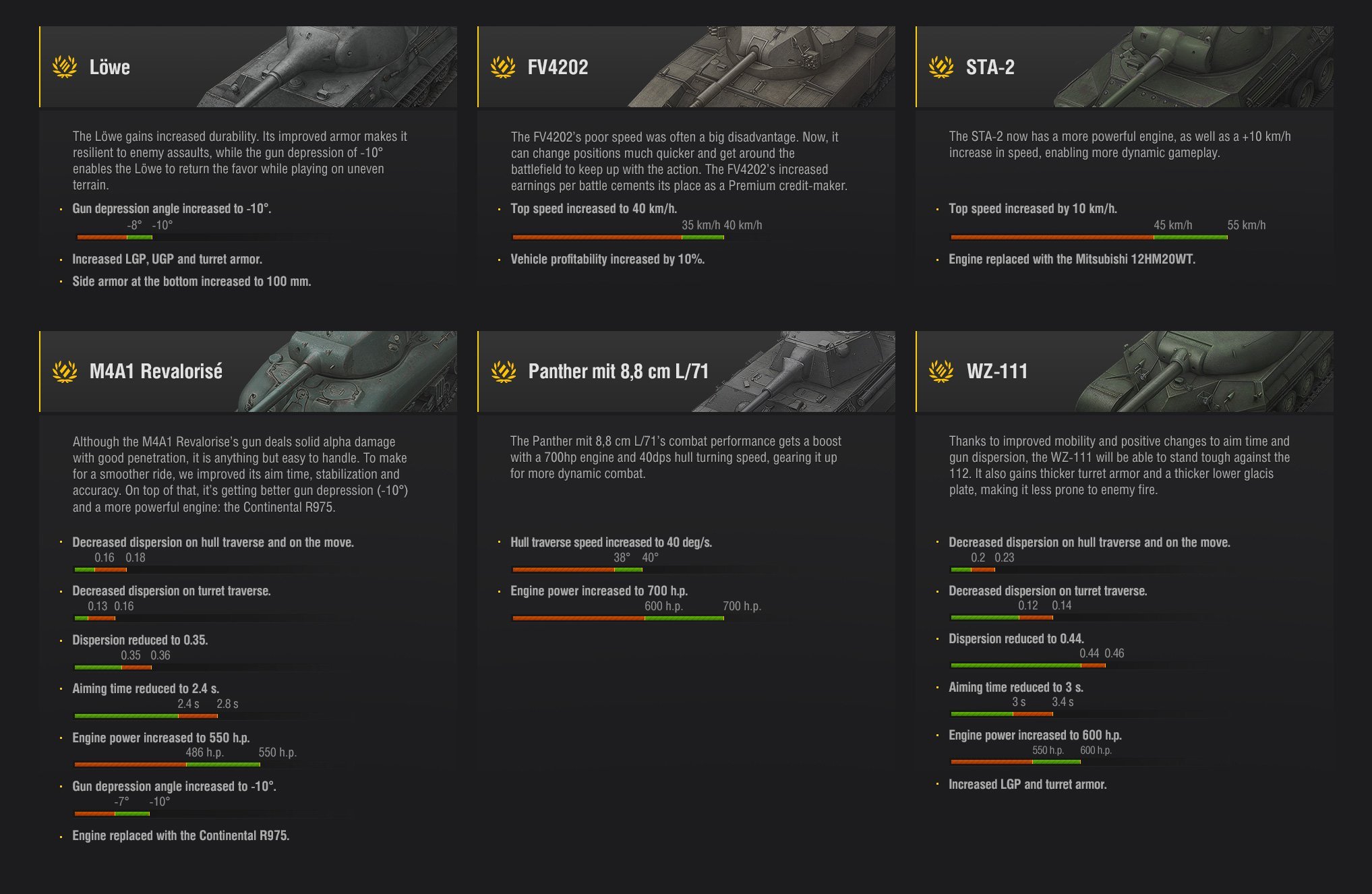 We're continuing to enhance the sound options with a few improvements:

If you like the high-def details of tanks, then feast your eyes on this fresh set of 11 vehicles getting their HD models in 9.17:

Please keep in mind that this is a preliminary set of features for 9.17. We'll have finalized details just before release, but we'll be talking about more additions as we get closer to the Public Test, too. Stay tuned!
Next
Select a region
Selecting another region may affect the website content.