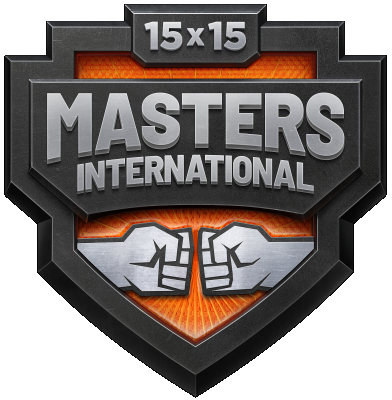 All qualifier details, scheduling, rules, and regulations are subject to change without notice.

Group stage will be best of 2, one cap attack/defense. Teams will play once on each side of the map in each match. Side 1 will be defense on every map. If the battle timer reaches 0, it will be counted as a win for the defensive side.

Playoffs will be best of 9, one cap attack/defense. Side 1 will be defense on every map. If the battle timer reaches 0, it will be counted as a win for the defensive side. Teams are only required to play until either team has reached the required number of 5 victories. Team captains will be responsible for posting their final match score in their match channel on the Community League Discord server. The team that wins the match will advance to the next stage.

Teams that make the single elimination playoffs will receive match accounts for the playoffs. All playoff teams will receive them at least one hour prior to the start of their quterfinals match.

If the team that wins the Masters Invitational Qualifier is found to have been using illegal mods or broke any rules defined in this document, Wargaming may immediately disqualify them and choose a different team from the qualifier to replace them.

The 15/150 format (15 tanks and 150 total tier points) will be the official format of play for the Masters Invitational Qualifier.

The minimum number of players to start a battle to avoid a technical defeat is 12.

Teams are only allowed to bring tier 10 vehicles into a battle. All tier 10 personal reward vehicles and clan wars reward vehicles are banned from the qualifier. Collector vehicles (113, AMX 30B and T-62A) are allowed.

If teams bring a banned tank into a battle, it will count as a match loss. Teams are to report an illegal tank composition by submitting a support ticket.

Both teams are allowed to make changes in their tank roster and vehicle setup after each battle.

The official battle time will be 10 minutes.

The cap timer will be 100 seconds.

All battles will be held in the Tournament Management System. A special battle window will pop up in the bottom left of the garage.

Each team is responsible for making sure their players are moved to the right side and readied up by the end of the countdown timer.

The map pool for the qualifier playoffs will be as follows:

Map pick and ban for all playoff stages will be held at 7 pm EST, two hours before the start of each playoff stage on the WoT Community League Discord Server.

The map pick and ban process will proceed in order of the steps listed below.

Only accounts on the NA server are eligible to participate in the qualifier.

Teams must consist of a minimum of 15 players, maximum of 18 players.

Only players from the United States and Canada (excluding Quebec) will be able to register. Wargaming will perform a check before the start of the qualifier once registration closes and remove ineligible players.

After the group stage, each of the top 8 teams will be allowed to make two roster changes by sending a message on discord to Vyraall#1926. Please include a link to the World of Tanks profile page of the player(s) you are removing and the player(s) you are adding. Please clearly indicate which player(s) are being added and removed. Teams are only allowed to add residents from the United States and Canada (excluding Quebec) to their team.

The team that wins the Masters Invitational Qualifier will be allowed to change 50% of their roster after the end of the qualifier. All roster changes must be approved by Wargaming and will be done on a case-by-case basis.

The captain has the most responsibility placed upon him. He will be held responsible for the paperwork and all formal communication between the team and Wargaming. He is responsible for any and all players actions and may be held accountable for them.

The captain is also counted as a player.

Wargaming has the right to revoke or transfer the title of captain based on but not limited to: lack of communication, inappropriate behavior, or illegal activity.

Players are responsible for their own internet connection and electrical power.

Follow the code of conduct and the other rules listed in this document, don’t break the World of Tanks End User License Agreement and Game Rules.

By participating in the Masters Invitational Qualifier, all teams agree to have their matches streamed.

POV streams will be permitted. We advise a 10 min delay as Wargaming is not responsible for any stream sniping or position reporting.

Wargaming reserves the right to stream the qualifier playoffs.

Players that finish the qualifier playoffs on one of the top 16 teams will receive gold and bonds based on the chart below.

In-game prize payouts can take up to 2 weeks after the event is concluded.

Stay informed about your favorite tournaments!

Be in the know!

América do Norte e do Sul: