Schoolbus, Virtus.Pro ready to Rumble in the West

Ask Virtus.Pro's Diver233 what the opposition needs to do in order to defeat them at this week's Rumble in the West finals (October 25; Poznan, Poland), and the team's manager only has one thing to say: "Pray."

With their tournament dominance throughout the years, the Russian team's cockiness could also be seen as simple truth, as VP prepares to take on North America's The Cunninghams on one side of the bracket, while on the flip side, the Ukraine's Schoolbus, looks to take down Burn All Empires.

If both EU teams advance, it will set up a much anticipated rematch of the Gold Series Season 4 finals, a tournament that saw Schoolbus step up in the role of underdog and shock Virtus.Pro in the championship round.

"Winning Season 4 for our team is a great morale booster and a display of our capabilities," says Schoolbus' team manager, DarkGodZim. "If we are to win Rumble in the West, that would solidify our confidence and prove once again that underdogs are not to be pushed around." 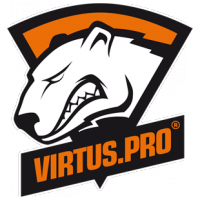 Then again, Diver233 doesn't see a rematch ending with the same result, especially if his team "stops doing stupid things when victory is in our hands."

Says Diver: "We just paid for being so sure in our victory."

To prepare for the Rumble (and possible rematch against Schoolbus), Virtus.Pro has been training four to six hours a day, six days a week, with the $50,000 in prize pool clearly in their sights.

Schoolbus has also been training long hours in recent weeks in preparation for the tournament, even if the team decided to take significant time off after their Season 4 victory.

"Nothing is impossible with proper training, preparation and a strong motivation," says DarkGodZim. "We got some proper rest from World of Tanks, because the last few weeks we spent committing all of our free time to team practices. After the finals, we took some time for ourselves and slowly started to play again to get in shape for Rumble in the West."

The team also has a clear sense of what they need to work on as they continue to compete against the best tankers worldwide.

"Although our in-game coordination is pretty good, we still lack a strong field commander," admits DarkGodZim, "that is why we mostly play reactive game and don't show too many fresh tactics."

As for what it will take for a team to defeat Schoolbus, unlike Virtus.Pro, DarkGodZim doesn't see praying in the cards.

"We consider every team on this event a strong opponent, because they had to show a great amount of skill and ingenuity to qualify," says DarkGodZim.