Talking Points: Rumble in the West

With The Cunninghams and Burn All Empires preparing to represent North America in the Rumble in the West Finals (October 25 in Poznan, Poland), we thought it was time for WGLNA commentators Clutch and Ruukil to debate their chances.

Here’s what the experts had to say...

What is it about these teams that have brought them this far?

Ruukil: The major factor in both Burn All Empires and The Cunninghams performance is that they haven’t stopped making the effort to improve. Both teams made impactful roster changes between WGLNA Season 4 and the Rumble.

The Cunninghams added Dodoma and brought back Militant83 to compliment the established roster of AMartin’s wise swine. I should probably bring up the point that The Cunninghams shine when it comes to strategy. They’re usually rather consistent, but lately I’ve been seeing more dynamic strategies and their slow game is getting very dangerous.

As for Burn All Empires, their new players, Serenity17 and wril, are getting work done. Serenity17 is one of the strongest players in the WGLNA and was a staple of his previous WGLNA Gold team, Victorious Secret. His presence on Burn All Empires for RITW makes me hopeful for their execution. His performance -- as well as zonedelta94’s -- in the new Ru 251 was excellent in their matches. I also mentioned wril, who has been playing auto-loaders efficiently. There isn’t much to say when they do their job well, but when it’s a new player that’s consistent, it catches my attention.

There is no question they fit well with the more aggressive and active tendencies of Burn All Empires, which is what makes them different. Most teams can’t play an aggressive style and see consistent success.

Clutch: The Cunninghams have been with the league since day one. The greatest strength they bring as a team is experience, not to mention a consistent presence. They have yet to earn the title of champion, but every season has brought them through the refiner’s fire. I agree they will go further if they continue that same effort to improve.

Burn All Empires thrives on optimism. Every face-off with their captain Geeforcer, during the season, displayed a team that was enjoying their time in the league. The ups and downs of being in and out of the Gold League taught Burn All Empires the power of motivation from defeat. Their aggression will catch more decorated teams off guard, making their enemies think twice about defensive tactics at the beginning of a battle.

Which players on the Cunninghams should we keep an eye on?

Ruukil: For The Cunninghams I want to see Dodoma find a team that he’ll stay with. He’s been on Scurry Hard, FNATIC, and River of Blood, if I recall correctly, which is curious because he performs so well, but doesn’t seem to stick around long. 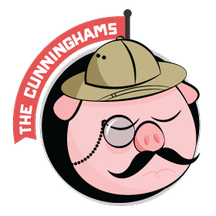 Militant83 is back on The Cunninghams after finishing last season with FNATIC, and that experience has been beneficial. Combined with Dodoma, the two of them are a dangerous force to be reckoned with.

Of course there’s also Commander_Jay, who has always been the top performer on The Cunninghams, and my bar for him is always set a little higher.

Clutch: AMartin. His use of the T1, from scouting to destroying cover, exposes his enemies to the danger of his fellow team members.

I also agree, you can always expect great things from Commander_Jay.

Which players on Burn All Empires will rise to the occasion?

Ruukil: For Burn All Empires there’s zonedelta94. He’s one of the top performers in the WGLNA. He’s a flexible player who can play most tier VIIIs and might be bringing the 110 back into play.

Wril and Serenity17 I’m going to be watching to see if they begin to fulfill key roles on the team.

Statik played a T1 here and there in the qualifiers, which is rare for him, so I’m looking to see if he’ll go toward that role fully or if he’ll trade off between that and his usual role as an AMX player.

Clutch: Easy question: Zonedelta94. He is a cosmonaut in the IS-3. BEST. TANK. IN. SPACE.

What does BAE need to do to take down the WGLEU Champions Schoolbus? 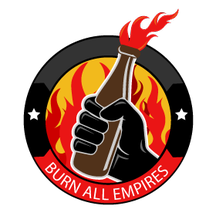 Ruukil: That’s the big question, isn’t it? The only NA teams we’ve seen in the international competitions are S.I.M.P. and FNATIC. With FNATIC gone, Burn All Empires is filling that role, and they’re going to need to learn from those who came before them to overcome one of the best teams in the scene.

Clutch: Make their move in the first two minutes of the battle. Create advantages in position or HP value early. If they can keep their position tight and not tunnel vision on pursuing a single enemy, I think they’ll do well.

How will the Cunninghams need to adjust their strategy for approaching Virtus.Pro?

Ruukil: With The Cunninghams finally taking down S.I.M.P., I am getting a feeling that they might have a chance. They play a style compatible with Virtus.Pro, but spending a good amount of time preparing for their opponent will do them some good. It’ll be less about strategy and more about not being intimidated by a big name while still maintaining a healthy respect for their opponent.

Clutch: Yes, the Cunninghams did take down S.I.M.P., but S.I.M.P. also executed poor time management. The Cunninghams need to practice breaking defensive lines before three minutes are left on the clock. Applying how FNATIC broke the Cunninghams’ lines during the season could provide insight in how the American teams can do the same against these European goliaths.