When it comes to the Rumble in the West finals (October 25; Poznan, Poland), Burn All Empires team captain Derek “GeeForcer” Gee sees the tournament as his squad’s shot at redemption.

“We've come close to big accomplishments a number of times: second [place] in Silver league Season 3, second in the USA WCG qualifiers, almost making it to the Season 4 finals,” GeeForcer said. “We are about due for a big win where all the pieces fall in place.”

But after falling to the Cunninghams in the North American Rumble qualifiers, BAE faces some stiff competition as they are now forced to take on the number one seed from the European servers, Schoolbus. 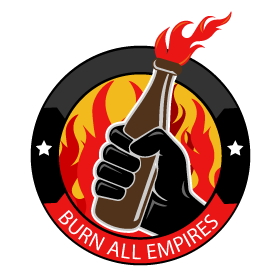 “We've been researching our EU opponents who we've never played before, keeping sharp on the maps in the map pool being used during the live event,” GeeForcer said. “And of course, scrimmaging our practice partners a couple nights a week to try to keep that team synergy that we developed during the qualifying process.

“Our first opponents, Schoolbus, are not as aggressive as Virtus.Pro is, and we'll need to make decisive plays to possibly catch them off guard.” GeeForcer continued. “We feel confident that we can beat anyone if it comes down to group fundamentals, that is, performing well in the little, individual plays but maintaining cohesion in that with the rest of the team. [Schoolbus] is a fearsome team and are very capable of using their experience and straight skill to make any team work for even a little advantage. Our biggest challenges with them will be to not get thrown off our game with the slight differences in meta. If we can do that, I like our chances.

“Anything can happen at a live event, and I wouldn't be too surprised to see any of the four teams represented standing on that winners platform.”

A win that GeeForcer knows would elevate his team to the top of the World of Tanks eSports mountain. “We are relatively unknown outside of the WGLNA," he said. "A win would also do wonders for our morale."

“Most of the people watching will not expect us to do well, and I don't blame them. We will be going up against the two powerhouses of EU, but we'd love to take Poland by storm.”