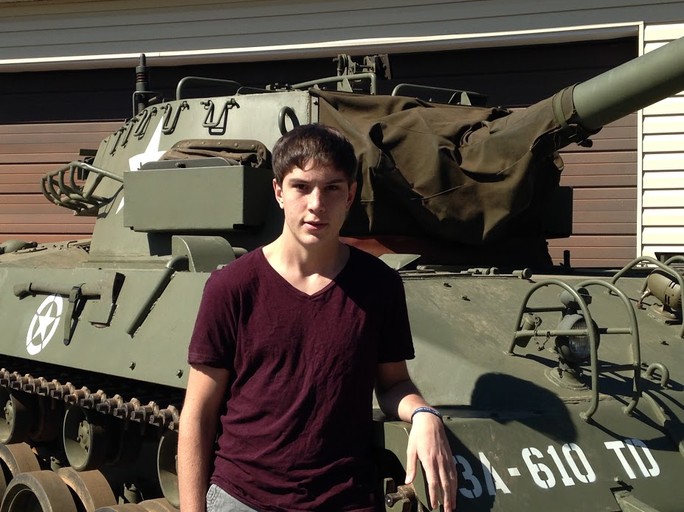 When Simply IrresisTABLE fought their way into the WGLNA Gold League through open qualifiers, the team didn't expect much from this season.

"We thought we'd be lucky to win one match," admits team captain Karl "vode_an" Heinlein. "But then we won our Week 1 match, and our entire outlook changed quickly."

So quickly, in fact, that Simply IrresisTABLE looks poised to make a playoff run, and with wins over Full Potato, Fun-Gaming, and I Love Lamp, it didn't take long for the team to earn respect from around the league.

Then again, when your team is on the rise and upsetting the ranks, you're also bound to ruffle some feathers.

Last week, The Cunninghams' AMartin was quoted as saying: "In our Simply IrresisTABLE match, for example, we were up 4-0 or something ridiculous, and try as we might to lose, we still ended up winning 5-3. We made so many mistakes in that match, but we still won. It's just hard to stay focused against teams like that because you know you can't lose. They're just not ready."

Vode_an agrees with AMartin to a point, but adds: "What AMartin said was definitely true at the time, but now I think we're ready for him. He had better not lose focus next time we face."

Here's what else SI's 20 year-old leader has to say about AMartin's controversial comments and who he's looking forward to playing if his team makes it to the Final Four.

Wargaming: When you first heard about AMartin's comments about your team, what did you think? Were you surprised he said your team isn't ready for the Gold League?

vode_an: I was actually talking to AMartin in Skype while I was reading the article and I got to that part and did a double take. I had to re-read it to make sure I wasn't confused about what I was seeing. Throughout the whole article, AMartin was really cocky and overconfident, and out of all of the teams that he chose to make his point, I thought it was interesting that he chose us. We've been training together a lot and we had a pretty good working relationship going, so when I read that, I immediately copied and pasted that paragraph to him in Skype. I asked him what he thought, and he said: "LOL. Already drafting my, ‘we were better but we lost' speech for Tuesday [which is when The Cunninghams lost to I Love Lamp]. Honestly, though, you guys have improved a lot very quickly."

When they played us back in December, and when we first joined the league, maybe we weren't quite ready. We barely even made it into the Gold League in the second qualifier. So coming up from the Bronze League, we've really only been together for one season and we've already gone through a lot of roster changes. The whole thing was really new for us, but I think we've proven that we belong here. We're tied for fifth place right now and we have a winning record. We've put up some really strong fights against some of the best teams in the league.

WG: Do AMartin's words help ignite a fire and create a rivalry between the two teams? Are you hoping to get a shot at them in the playoffs? 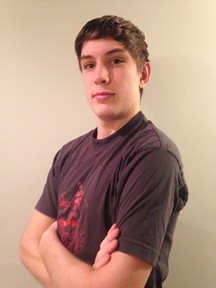 WG: For fans who are just getting to know your team, help introduce the main players. I know Swipple is the DeMarco Murray of Fantasy Tanks right now.

vode_an: I think most people know Swipple by now. He's 23 and lives out in California. He had posted on the forums that he was looking for a team, and I just messaged him shortly before qualifiers, and right away, he fit in. Now he's kind of become our mascot because he does all this silly stuff like spamming a lot of emoticons in our Skype chat, and he greets everyone with "hi, hello, best friend." (Laughs)

Then we have Stnyprde. He has been with us since the Bronze league. He joined us in the middle of the season, and he's another excellent player who brings a lot more experience to the team than a lot of the other guys. I don't think any of us have done more than two seasons of WGLNA, and none of us were in Gold League before this season.

Then we have EULA (EndUserLicenseAgreement). He's 16 and whenever anything goes wrong, he's our scapegoat. Even though he's young and he has a lot of issues and does some things to make everybody angry, he is a morale booster for us because of some of the things he does and says that makes us all laugh together. We also have Bobby, who is another young guy at only 17. He's been pulling through for us and making some big plays, but I don't think he's been getting the same attention of EULA because of some of the things EULA does and says.

Then in the roster change, we also picked up Mawderator from Victorious Secret. That's been a big boost for us. He comes at WGLNA from a different direction because he comes from another team, so he knows how they operate, and that's helped us a bit. Not that we're stealing their strategies or anything like that, it's just that he knows why he didn't like being a part of Victorious Secret, and he's using that knowledge to help us be a stronger team.

I also have two co-captains, Phlak and Scyorkie. Scyorkie has been with us since the very beginning of the team, almost a year ago, and Phlak has been on the team for about seven or eight months. Both of those guys do a lot of work behind the scenes helping me get the strats ready and make sure my head is clear and that I can focus on what I need to focus on. They're also both solid players. Scyorkie missed the qualifier because he was on holiday that week, so he didn't join the team until after Christmas, but even though he wasn't officially on the roster, he was still with us for all the practices, and he was putting in a lot of time and effort behind the scenes to make sure we were on track. I think that's everybody but J_D and SpeedWeaponry, who will be leaving the team with the next roster change due to some real life issues.

WG: How difficult is it to cut people from the team? Obviously, you become friendly with teammates, but then you eventually have to make business decisions.

vode_an: When Scyorkie came back from holiday and wanted on the team, I had to make a decision about who was going to lose their spot. That was really tough. I went with Kaiserviticus, who had been with us for a while, and he had been helping me with calling and strategy, but when we got to the Gold League, his performances just weren't quite there. In the offseason, some of the time when we'd have practice, he'd be practicing with another team who he used to play for, and he just kind of fell behind because he wasn't with us all the time. He's still a valued member of our team from back then, but he just wasn't a good fit for where we are now and where we are going. It was so hard to cut him, though, especially because I'm not the oldest guy on our team. I think he was a little older than me, maybe 25 or 26, and it's always tough for someone with seniority to accept your decision. Because he'd been with us for a while, it was extra hard. He had been a huge contributor to the team in the past, so it was really hard to let him go.

WG: We're halfway through the season and you guys are right in the thick of things. How do you see the Final Four shaking out?

vode_an: I think The Cunninghams are going to lose a few matches here in the next couple of weeks and be knocked off their pedestal. I think they're definitely looking vulnerable right now. I think they've been having some issues focusing on their matches, and that's been costing them. You can expect to see them drop more than a few points before the end of the season. I think they'll still make the playoffs, but they are looking vulnerable. S.I.M.P., obviously has it going on this season. I really see them coming out on top at the end of it all. I think RBIS will definitely make the playoffs, and I pick them to be a top four team, but I don't see them winning. They take things so easy, and at some point, if they make it to the Finals, that will eventually bite them in the butt.

That leaves one, maybe two spots left, and there are a few teams fighting for those spots. Hammer Time is going to be a contender. They're an old team, and they're definitely solid in terms of skill and strategy. Simple Tankers might also be a contender, but we'll see. They have some really tough matches ahead of them, and it will be interesting to see if they can keep their position. RUlette could move up to a top spot, and Full Potato and Fun-Gaming might move up, but I doubt they'd be top four, and then Top Tier is the last team who I think might have a shot. They started the season kind of rough, but they had the toughest start-of-season schedule by far. Now they have mostly easy matches left, so I expect to see them shoot their way up to the top, and potentially as far at the top four.

When it comes to Simply IrresisTABLE, I think we've already proved we belong and we will definitely be a contender to be in the top four by the time the season ends. Teams need to start taking us seriously, if they're not already. We've hinted at it already, but we're about to add two really solid, veteran players at the next roster change, and these are two guys who have experience in the Gold League. They should really round out our roster and make us a team to contend with. You'll have to wait and see who we bring in, but it's definitely two players everybody has heard of. I can't wait.