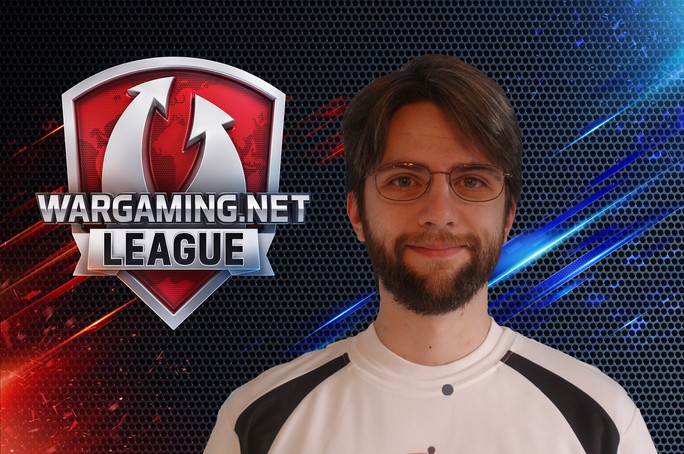 Forget Marshawn Lynch. When it comes to World of Tanks, "Beast Mode" is better known as Commander Jay.

Sure, 28 year-old Jay (real name Jonah Zimmerman) has dominated the World of Tanks scene before, even winning the Season 3 MVP, but this season CJ was dominant in a way few have ever seen on the North American server -- at one point flipping a three-on-one Top Tier advantage into a crazy shootout with just a single Cunningham left standing.

Will we see a similar story play out during the WGLNA Live Finals March 15 in San Francisco?

Here’s what Beast Mode himself had to say (he’s only here so he won’t get fined).

Wargaming: Coming into the season, I didn’t hear anyone predict The Cunninghams finishing in first place. Why do you think you guys were so overlooked?

Commander Jay: I’m not sure. I know from our perspective, we thought we were looking quite good heading into the season, especially coming in after Rumble in the West, where we qualified first over everyone else. Teams like S.I.M.P. didn’t even make it through the qualifiers. They got knocked out. So we were feeling good heading into the new format. We’ve been really focused this season, and I think the fact that we’re one of the most experienced teams in the league has really paid off. We had only one loss and one overtime loss, and everyone else had at least three losses. Some teams had a really rough ending to the season and the standings seriously got mixed up.

At the beginning of the season, teams like FeaR and I Love Lamp started out very poorly, but they actually ended up doing really well in the end and I was extremely impressed by each team. They both started off with a couple of losses, and it was looking bad for both of them for a while, but they really turned it around. The last few weeks, everyone was talking about both those teams making it to the top four, and I Love Lamp actually made it, with FeaR being really close. It was a great run.

WG: How did the new format change the way The Cunninghams had to prepare for the season?

Jay: I think the new format helped in a lot of ways, because it made it very clear that we had to start all of our strategies over. There was nothing that you could recycle, so we had to focus that we were doing everything the right way and making sure that our practices were covering everything. It really was like starting from the ground up. It also made us put in a lot of time, because with the new format, you couldn’t just expect or hope that you understood all of the new maps and new roles, you really had to practice it if you were going to win. So we put in a lot of practice time together, and that really paid off during the season.

WG: You went Beast Mode against Top Tier, single-handily taking down a pretty good team. How did you manage to turn a 3v1 disadvantage into a Cunninghams win?

Jay: There were a couple of really good match-ups there. There was a 2v1 that I barely won, and then the very next match, it came down to a 3v1, and everyone was like, “Oh no, he can’t do it again!” But that’s exactly what happened … I took down all three. It was a crazy set of games.

WG: Can you break down what happened in the 3v1 scenario and how you managed to pull it out?

Jay: When you get down to those types of situations, I intentionally try to play different. I stop holding the position I was previously holding. I stop fighting from the corner I was previously fighting because all of the opponents are really good, and there is nobody you can underestimate here. And if all three of them know where I am, they’re going to work together, they’re going to jump on my position, and things will end terribly for me. So I relocated and got to an area that they didn’t expect. In the 3v1 case, I found one of their guys by himself and I was able to kill him while only taking one hit in return. From there, I was able to go back around to a different side of the city block, and it worked because one of their guys crossed the screen in front of me and I was able to engage him. But then he pulled back, which I thought was a bad sign because that meant he was going to wait for his friend to show up.

I pulled back and I actually backed into a little driveway inside of a building. I was hoping they would either pass by and I could ambush them, or time would run out and we’d get the win with the time. But they ended up pulling up next to me, and unfortunately for me, they pulled up from the side where they had cover. I wasn’t able to shoot them. Then one of the tanks pulled up along the side, and I thought for sure I was dead, so I started wiggling in the doorway and did a kind of stutter-step forward.

The first guy shot and missed just before the step, and then the second guy took the bait and shot, only hitting the side of my tracks and not doing any damage. Both of them were on reload, so I knew I had 2.7 seconds before his autoloader got the next shell out. I stepped out, hit the autoloader guy, then turned and hit the second tank who had a ten-second loader, dropping him as well. It was pretty fantastic. I’m just glad my teammates had done such a great job damaging these tanks earlier in the battle. If there was one enemy with a lot of hit points, the enemy could’ve just followed him into battle and it would’ve been a much tougher engagement, whereas if they’re all down to one or two hits, you can run around like a gunslinger and hope to outshoot all of them, which is exactly what happened.

WG: For The Cunninghams to win the Live Finals, who, besides yourself, is the most important player who will need to come up big?

Jay: Our other top point leader is Dodoma. He has been doing excellent. We’ve been setting him up in a lot of roles and he’s been able to get a lot of kills. I think he has the second highest points per game and among the highest kills … he just has some really impressive stats. Our third all-star is Militant. If it wasn’t for the fact that he was stuck in a blizzard and couldn’t get a flight home, his stats would be equally as impressive as Dodoma, but he had to sit out and miss some games. In general, the two of them have been absolutely excellent.

WG: Your first match at the Live Finals is against eLevate. What do expect to see in that match?

Jay: We’ve played eLevate a lot, and when they were called Burn All Empires, we actually met them in Rumble in the West. Overall, we’ve always done really well against them. We know we need to play a nice clean game, though, because we know eLevate is a great team that is always prepared to bring some complicated strategies they’ve been keeping up their sleeves. They like to have really unorthodox and out-of-the-box thinking, and they showed some really interesting stuff in the playoffs in order to advance to the Live Finals, so we’re always prepping to counter whatever tricks they are going to bring.

WG: On the flip side of the bracket, S.I.M.P. is taking on I Love Lamp. Any predictions?

Jay: That’s going to be a really interesting one. I’m actually leaning toward I Love Lamp, though. It’s hard to not choose S.I.M.P. because they’re one of the oldest and most successful teams in the league and they have such a tremendous track record, but their last month of gameplay was just not what we expected from them. They picked up three losses and an overtime loss in the last month, which totally ruined their perfect record, and I Love Lamp was one of the teams that really took S.I.M.P. to task, so it will be tough for S.I.M.P. to correct whatever is going wrong. If I Love Lamp continues to put in that good work, I think they’ll beat S.I.M.P. again.

WG: If you guys defeat eLevate, who would you rather play, Lamp or S.I.M.P.? Is there a team you match-up better against?

Jay: We had an overtime loss against Lamp and we had a regular loss against S.I.M.P., but I think we’re better against Lamp because we’re more used to them. When we’ve gone up against S.I.M.P. in the past, we out-thought ourselves. We kept giving them much more credit than we should have. We were acting like they knew something that we didn’t, and we gave them too much space on the map, assuming they had too much control of too many positions. Looking back at the replays, though, we saw that we could’ve definitely countered them, but instead, we just out-thought ourselves by backing off from what we’re good at. So psychologically, we’ve had our hiccups against S.I.M.P. that we’ve just never had against Lamp.

WG: How does playing in front of a live crowd change the dynamics of the tournament? Is this something that a young team like Lamp will have to overcome?

Jay: Yeah, definitely. I know some players find the live crowd really, really distracting. You also have to be really careful, making sure everything is setup the way you want, that all your settings are correct, and you have to be used to the computer you’re going to use at the live event. There are just so many aspects you need to be comfortable with because so much of this game is repetition. You want to be doing the same things you’ve been doing at practice, the same things you’ve been doing on your home computer, and you don’t want anything to feel different or you’ll find yourself making these little mistakes that can turn out to really cost your team.

I know in the past, I’ve been to several of the live events now, three in the United States and one in Poland, and I’ve loved all of them, but I know in talking to people, some find it really nerve racking. They get extremely nervous, and they’ve told me afterwards that they didn’t feel like they played up to their capabilities. Hopefully I Love Lamp doesn’t have these types of problems. I wish them the best and hope that they jump into the battle and give S.I.M.P. a great fight.

What’s great about the Final Four this season is every team is looking strong and there are no soft teams left in the mix. Watching the playoffs, eLevate and I Love Lamp both looked really good, so all four remaining teams are all going to be tough to knockout. Should make for a great show.