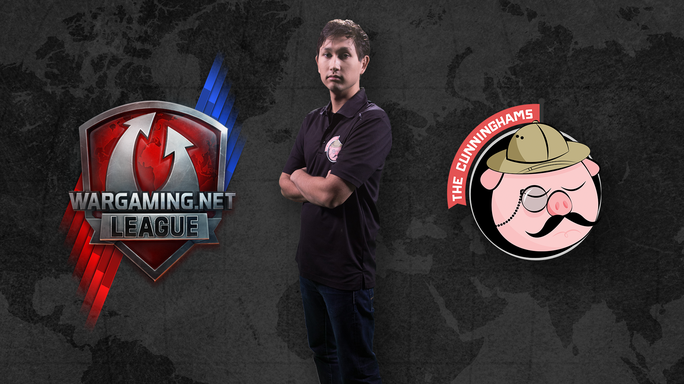 When it comes to World of Tanks, one WGLNA player stands out as the game’s elite battle caller: The Cunninghams’ AMartin. And while the 21-year-old University of Toronto student (real name Adam Martin) appreciates the props, he also knows a battle caller is only as good as the teammates he’s directing.

“I expect players to play smart with their individual play,” says Martin. “I think people playing smart individually makes it appear like we’re playing in-synch as a team because we’re better able to anticipate what our teammates are about to do, so it makes it easier on me as a caller. Playing as a team is not so much about meshing with each other as it is about playing within the role you’re given.

“That’s really the key to winning.”

And the strategy has worked so far this season: The Cunninghams hit the ground running, losing only one game through the first four weeks (in a tie-breaker), while looking forward to the inevitable first-place showdown against perennial powerhouse S.I.M.P. in Week 6.

How will they fare? Here’s what the outspoken Martin has to say …

Wargaming: The Cunninghams jumped to an outstanding start in the season. Are you doing anything different from years past, or has it all finally just "clicked?"

AMartin: Honestly, it was strength of schedule, plus the fact that we’ve been practicing more than in the past. Our practices are also more focused now, where we talk about things beforehand rather than just getting some blind reps in. We’ve had a plan for each of our matches so far, and the strategies have worked. Adding Dodoma on the team is also a big help. He’s a great player, and instead of being part of the competition (River of Blood, Fnatic), this time, he’s with us. 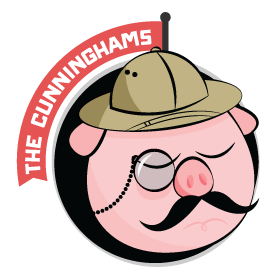 WG: Did your Rumble in the West experience help prepare your team for Season 5, seeing what the elite teams from Europe play like up-close?

AMartin: Poland was meaningless. We didn’t prepare for it at all and it shows. We didn’t expect to win unless we put in a ton of time, and we didn’t want to put in the time when we only had a small chance to win, not to mention, we knew the format was going away. It was a fun experience, and it was great for team building in terms of getting the new guys in there and making them feel like they are a part of the team, but as far as the gameplay goes, it didn’t help us at all.

WG: Speaking of the format change, what are the new strategies that have taken shape over the first few weeks?

AMartin: I think the biggest thing is the fact that teams can’t just do the same thing over and over and expect to win. As of yet in the meta, there’s no play that’s so strong, you’re going to play it every time. If you look at the other leagues, especially in Europe, matches have become very much meta-based. In the match, they play one thing, then in the next match, it’s all about countering what that one team did in the first match to win, while at the same time, that winning team is also countering back. It’s a lot less about the camp as it was in years past, and that’s a great thing.

WG: What about vehicles? What is the predominant tank being used throughout the league?

AMartin: The Ru-251 is the go-to tank. It has a great DPM (Damage Per Minute), it’s a light tank, and it really has everything you need. People tend to take a few other tanks over it, but in my opinion, it’s a mistake. One tank you’re going to see more of is the T49. The T49 has real strength on certain maps, so we’ll see more of those on Cliff. We saw a team bring three of those on defense and it worked fairly well for them. Teams will try to make the T-54 work because it feels more comfortable to them, but the reasons to take it are much narrower than what everyone gives it credit for, so I think it gets overused. Other than that, the T32 will also get more playtime than it should, but this season, it’s all about the light tanks.

WG: Do you think we’ll see any arty being used with the new format?

AMartin: People have been running the M44, and we tried higher-tier arty in various practices, but it doesn’t really work. I can see it on attack or defense on Steppes, but on attack, it’s a huge gamble, so maybe every now and then, like when you know your opponent really likes to bring heavy tanks. If we had the same format with a 10-minute timer, then I think we’d see it more, but with the DPM and the shorter time limit, you’re not going to do any more damage than an AMX 13 90 would. 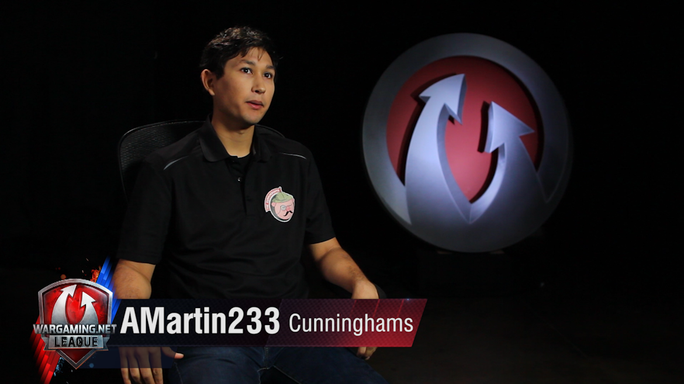 WG: You’re known as the elite battle caller in the game. What’s the key to calling battles and directing your team to victory?

AMartin: It’s knowing how to use your players as sounding boards … or not sounding boards. Yeah, you need to know what your players can do and what their tanks can do, but the key part is finding which players you can throw stupid ideas at and see what sticks, and knowing what players you need to just tell to shut up and do their job. Last season, we suffered because Militant is usually the guy I say stupid stuff to, so not having him, we didn’t have anyone who would step up and say, “Hey, that might not actually be a good idea, maybe we shouldn’t do that.” Because of that, well, we ended up doing some interesting things. (Laughs)

The biggest thing about being a battle caller is being willing to come up with whatever, then let the player who actually needs to execute your plan tell you whether they could do it or not, then go from there. But you always need to be able to change things and do different things, especially now where it’s no longer “one strat beats all.” You can’t be stuck in the old ways of forcing one specific strategy to work. You need to constantly come up with new ideas.

WG: I know in the past you said you were hampered by overanalyzing strategies, though.

AMartin: Yeah, but what the new format affords is the ability to make a mistake … you will still get punished for making a mistake, but with the new format, especially when you’re on attack, you’re allowed to take risks, and if something doesn’t work out, it’s fine, you can still just move on. As a caller, the new format really frees you up to try new things that might give you a better chance at winning, but still might end up a complete disaster. A match might go 6-1, where you’re getting absolutely steamrolled, and people might think you don’t know what you’re doing, but in reality, you’re taking a chance on a strategy that might only pay off half the time. In 7/42, it was almost never worth it, because draws took up such a huge portion of the outcomes and you don’t want to give up those draw outcomes, but in this format, it’s completely different.

WG: If you could change anything about the WGLNA rules, what would it be?

AMartin: This season there were a lot of good changes. Playing a map more than once is absolutely huge, and I’ve been arguing for that since Season 1. I’m so glad to finally see that happen, as I think it makes it a lot more entertaining for the viewer. In terms of rules set, I’m all for dropping the number of teams in the Gold League to 12, which is something that’s actually planned for next season. That will be a big plus, because right now, there are a few teams where, no matter how many mistakes you make, you’re still going to beat them just because they’re not ready for this level. In our Simply Irresistible match, for example, we were up 4-0 or something ridiculous, and try as we might to lose, we still ended up winning 5-3. We made so many mistakes in that match, but we still won. It’s just hard to stay focused against teams like that because you know you can’t lose. They’re just not ready.

WG: The Cunninghams and S.I.M.P. are the top two teams right now. How do you think the teams match up?

AMartin: They’re better than us right now, but our goal is to be better than them by the time we face them, so we’ll see. We still have a lot of work to do. We’re more worried about teams who are a step down, so we’re really not there yet, but we hope to be by the playoffs. That’s the goal. Having a start like this, we’re not too worried about making the playoffs … we should earn enough points to at least make it in, and then we’ll go from there. S.I.M.P. has had a tougher schedule than us so far. Actually, I don’t know if anyone has had an easier schedule than us so far.

WG: So who do you see as your biggest competition heading into the playoffs? Who will be the Final Four?

AMartin: S.I.M.P., obviously. RUlette might be the scariest team to face, just because they’re the most willing to go out and try new things … good new things from other leagues, not just random IS-6 stuff. Those are the two that scare me the most, but Hammer Time could be a wild card, Top Tier could be a wild card, and Noble could be pretty good, too. I’m not too worried about RBIS. Their faceoff against Top Tier was pretty funny. They talked about how they don’t need to practice, then they go out and get “rekt."