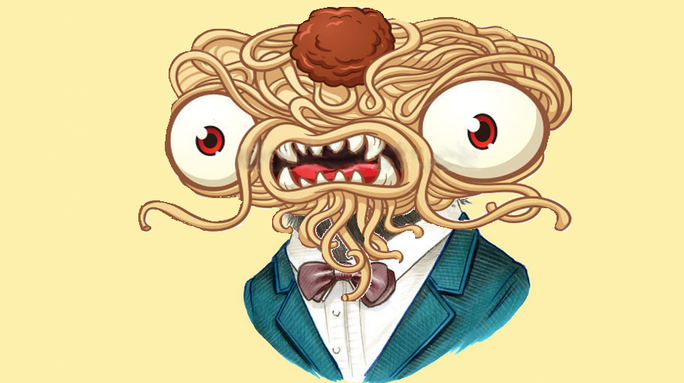 First things first: Where did the Spaghetti Slappers get their goofy name? Ask this Silver League team's captain, Barrenwasteland, and the answer you get fits the team of 20-something friends to a "T."

"Back during Clan Wars, I got really drunk and I told my team, 'Stop slapping your spaghetti and get down to the next channel,'" he says with a laugh. "I started calling them Spaghetti Slappers from then on and the name just kind of stuck."

As for where they got their logo, the origin is about what you'd expect.

"We hired a specialist out of New York named Don Pasta-oli," Barrenwasteland explained in jest. "He is an artist specializing in noodles and meatballs, so we were lucky to get someone with that kind of talent to draw it up for us.

"Truthfully, though, we Googled spaghetti and tried to come up with a logo that was the least ridiculous -- or most ridiculous, depending on how you look at it."

Here's what else BW had to say as the 23 year-old tanker from Alberta, Canada sat down with Wargaming's Jon Robinson for a recent interview.

Wargaming: How long have the Spaghetti Slappers been playing World of Tanks together?

Barrenwasteland: A couple of us have been playing together for about three years or so, then we picked up a couple of guys about a year ago. The majority of our team plays together every day. We try to get in as much World of Tanks as possible, and if we're not on Tanks, we're online playing the same Steam games together. So we're a really close, tight-knit team.

WG: Do you think beng tight-knit has an effect on your success?

Barrenwasteland: I think it does. A lot of what we do is fast movement, and having a team where you already know ahead of time what they're going to do without even saying anything is definitely helpful when you're playing the game.

WG: How did you get started playing World of Tanks?

Barrenwasteland: I saw an ad on the sidebar, clicked over and seemed to like it. I started getting really angry about the game, though, so I took about a year break, but then came back to it.

WG: What made you want to start playing in tournaments?

Barrenwasteland: The aspect of Gold and team play. Just being able to be a part of a team and doing something fun when Clan Wars was down. Last season, I played in the Bronze League with Bad Decisions. A couple of other guys on our team played in the Silver League last year with Wreak Havok. So for this season, we entered the Silver League qualifiers and made it into the league, and now we've decided to take it a lot more seriously. We're really putting the effort into it and seeing where we end up. We really didn't think we'd make it into Silver, but here we are.

Wargaming: Do you guys have aspirations of joining the Gold League, too?

Barrenwasteland: I think that is still a couple of steps away. There is a lot of strat building and overall team play improvements that need to be done first, but I think overall, our main direction is to make it to Gold, for sure.

Wargaming: Who do you see as the toughest competition in Silver?

Barrenwasteland: Our toughest competition is definitely going to be the Googlybobbers. We play them in a few weeks, and that is really going to be a big game right there. All of the teams in the Silver League really know what they're doing, and there are a lot of really great players, but sometimes you just get the momentum flowing in your favor and you can pull out a big win. I think a lot of it also has to do with your team's attitude as well. People might not realize this when they play, but the attitude of your teammates goes a long way in helping you win or lose.

Wargaming: Do you have a favorite tank in the game?

Barrenwasteland: My favorite [is] the RHM with the 150. All the blaps!

Wargaming: You have your own Twitch stream -- do you follow a set schedule?

Barrenwasteland: Usually it's after I've had a few adult beverages and want to fool around, or we use it for Clan Wars when there's a big battle. We do try to stream at least once per week, usually on Sundays. It's cool that anybody would even want to watch me play the game. If we can grow our fan base by even on person, that's great.

Wargaming: What advice would you give to new players who are thinking of joining a tournament team?

Barrenwasteland: Strat-wise, I would say Platoon, Platoon, Platoon. Get some friends who you play with regularly and get in there and play. It's always easier to learn with a close group of friends than to try and learn everything on your own. Besides, having fun is what this is all about. I know for our team, being friends and all getting along and not having internal issues is probably our greatest strength, and it's also what makes us want to keep playing.