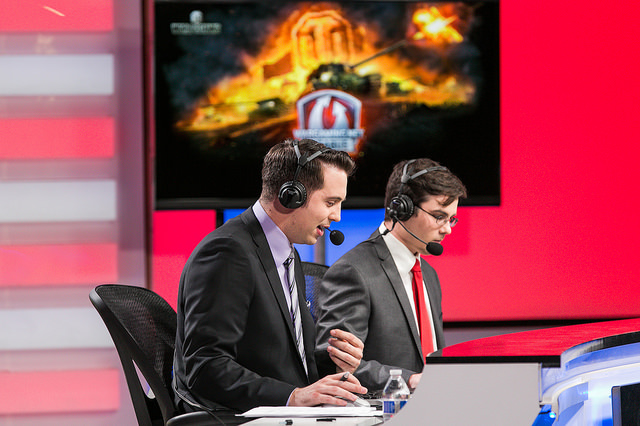 What started with 27 teams attempting to qualify for the two open WGLNA Gold spots ended with veteran teams Penguin Mafia and Simple Tankers fighting their way into the league.

Penguin Mafia defeated Simply Irresistible (5-1) to advance to the finals, but it wasn’t as easy as the lopsided score would indicate. The first map, Cliff, featured the torrential T49 in the hands of Penguin Mafia’s Scrublett, leading to a quick 3-1 lead. When the battle moved to Prokohorovka for map two, however, the fight came down to a fierce final 1v1, pitting BlazeZero in a T32 vs phlak from Simply in a T69. BlazeZero held the line for the win and Penguin Mafia took the series to move on to the championship round.

On the final four’s flip side, it was Simple Tankers versus Doge Squad in what was the first look at how teams will play on Murovanka in the new 7/54 format. Simple Tankers unleashed hell with their RU 251 blitz, using a continual defense and some sharp shooting to score the 5-1 victory.

In the championship round, Penguin Mafia pulled off the upset, taking down Simple Tankers 5-2 thanks to the awesome flying Goomba, not to mention multiple appearances by the T49.

NEWS and NOTES: Day one featured a great back-and-forth battle between Zulu Swarm and Simply Irresistible, showcasing the remarkable agility of the new light tanks, such as the M41 Bulldog and RU 251. The punishment of Zulu Swarm catching a few of Simply Irresistible’s light tanks on their own led to a win for the attackers. Zulu Swarm took 3 wins total, all attacking Simply, but 3 wins were not enough to best their opponent. Simply successfully attacked and defended on Steppes and Himmelsdorf for the 5-3 victory.

Day one also featured the play of the night when Mike 2321 from Warriors of Honor was able to dodge a few killing blows in his T37, only to fall to RorOlled of Doge Squad thanks to a perfect shot. Doge Squad went on to wreck Warriors, 5-1.

This is Penguin Mafia’s first time advancing to the Gold League, after spending the past few seasons competing in the Silver division. Simple Tankers, on the other hand, has participated in the Gold League since its inception, and this is the first time the team has been challenged to re-qualify for the league after finishing a disappointing 13th in last season’s competition.

Watch the matches on Twitch!
Discuss on Forum
Next
Select a region
Selecting another region may affect the website content.