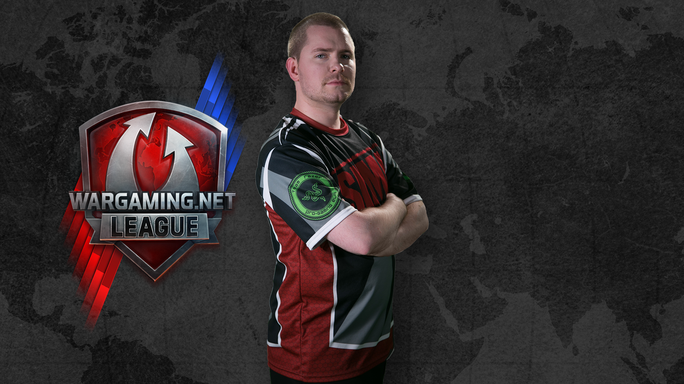 When it comes to World of Tanks, 29-year-old Ben “Lapse” Konrady is about as old school as they come.

“My origins go back to River of Blood,” Lapse said during ESL’s recent media day in Burbank, California. “We were playing the original skirmishes, because that was one of the first outlets to win gold in the game without having to buy it. We played so much together as a team in those original skirmishes, River of Blood was primed and ready when the pro league finally debuted.”

And while Lapse left River of Blood after WGLNA Season 2, he was picked up by S.I.M.P. prior to Season 4, becoming the team’s Intelligence Officer, manager, and social media maven, currently wrecking shop in his Valentine II.

Wargaming’s Jon Robinson sat down with Lapse in Southern California to get his thoughts on Season 5, S.I.M.P., and the new attack/defense rules.

Just don’t get him started on dumb turtles.

Wargaming: How do you see the new attack/defense format playing out in competition?

Lapse: There were numerous issues with the old format, most notably draws. This new CAP format where there is a default winner when the timer expires, that is extremely exciting. I think we’re going to see some very interesting gameplay and some very interesting tactics now because there are a lot more restrictions for people to get around, and that’s going to force people to be both innovative and creative. We’re going to see a new meta develop and I don’t think that new meta is going to develop before the league starts. I believe we will see the strategies evolve before our eyes as everyone figures out the best way to play.

I think the tier VIIs that are going to be played are the most interesting. The mobility and the sighting that the RU 251 does right now is going to be overshadowed by the Bulldogs and LTTBs. The tier Is were blind before. They were like fingers feeling around on the map. Now these new tier VII light tanks are going to bring a lot of information to the game, meanwhile there will be more powerful mediums and more powerful heavy tanks being played because they won’t be needed as much to spot. I think the RU 251 will be more balanced, as it would have been unbalanced in 7/42. Luckily, we’re changing formats.

When you start playing World of Tanks, there’s so much lingo that needs to be learned, from side scrapping to the derp gun. Do you have a favorite term?

I remember the first time somebody said, “Light that tank!” I went, “That tank’s not a light tank, it’s a medium tank.” I was so confused, but it’s a military term, to light somebody up, to illuminate it and make it visible to other tanks. That’s the spotting mechanic, but you don’t say, “Spot that tank,” you say, “Light that tank.”

I like durtle. A durtle is a dumb turtle. [laughs] So when people are trying to play really passive … you can turtle in the corner, and that’s a good move, but you can durtle in the corner, where you’ve clearly just made a bad move. A lot of times, especially when you play in the skirmishes, you run into team who are trying to turtle, but they’re doing it bad. It can actually get dicey to break up a durtle because they’re usually so concentrated on the lower left corner of Ruinberg, and they’re all just stuck behind walls. It’s easy once you start picking them apart, but you’re just not used to going up against a group of durtles. 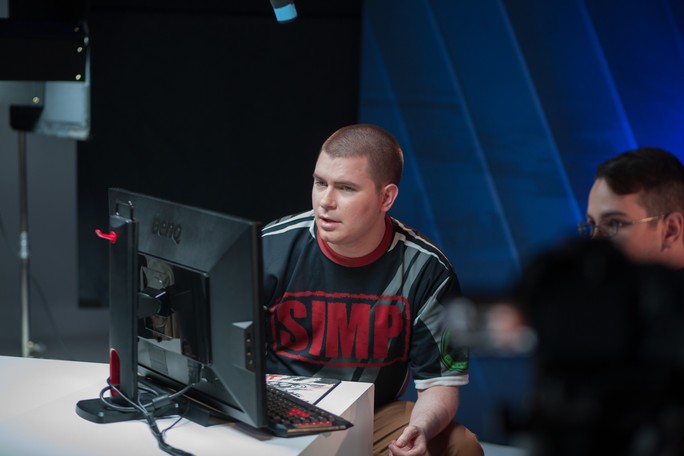 When you look out at the various Gold League teams, who do you see as the biggest threat to S.I.M.P.?

Fnatic falling apart has left some extreme skill out on the battlefield. It’s exciting to see Sov13t with #RU, or as they’re now calling themselves, RUlette. Militant will be with the Cunninghams again, so that’s exciting. We might see some action out of the Googleybobbers, so be on the lookout for them. And then for the first time, I think we have some qualified candidates coming up from the Silver League this year like Full Potato, and I think that’s a team who has a chance to really bring it.

As the Wargaming League continues to expand, what are your hopes for the future of eSports?

I hope we see it expand from the hobbyist level to the professional level. Hobbyists are always the first ones into anything because they’re doing it for the love of it, where professionals are doing it because there’s money involved. I would like to be able to point to individuals and say that this professional player is successful in the industry. I think it’s coming. It’s inevitable. Just like there are professional football players, there will be professional eSports players. There already are in some places, and when S.I.M.P. just played in China, we saw firsthand that their structure of professional gamers is much more advanced than ours. Not saying their gameplay has reached our level yet, but a lot more people can make a living off the spoils of the leagues. Eventually, these hobbyist leagues like World of Tanks will become more professional, with the hopes of one day, people being able to make a living playing the game.

Do you have a favorite tank in the game?

Right now, my favorite tank is the Valentine II. It’s a Premium tank and it only sees tier IV matchmaking, but it’s just a lot of fun to roll around in. The tanks I like to play change a lot, because what people like to play change a lot, and the game right now is dominated by accuracy and penetration. That makes it so some of my previous favorite tanks, like the Maus, aren’t playable because their statistics just aren’t relevant in the current iteration of the game. That’s what makes Tanks great, because the focus is constantly shifting. I grew up as an arty player in this game, and I think artillery has a lot to add in a lineup’s value. I actually think you might see artillery brought in with the new mode. In tier VIIs, maybe you can play a Lorraine arty. We’ll see. I give that a 20-percent probability of happening. 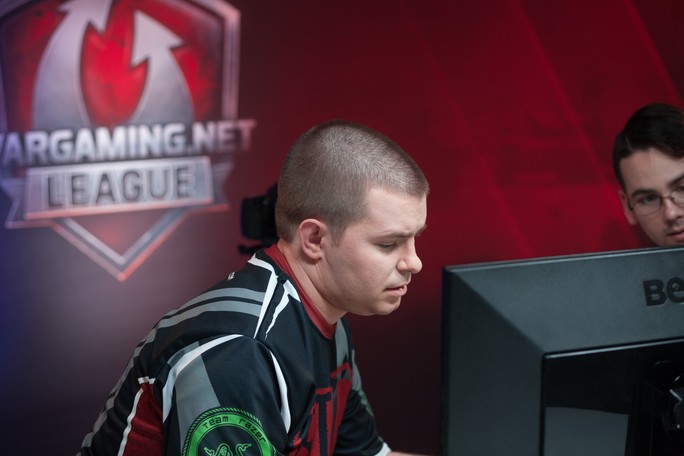 Do you have a favorite map?

I used to hate Mines, but now I love Mines. Mines has gotten better as time has gone by. It’s hard to beat Himmelsdorf. Himmelsdorf just has a lot going for it in terms of what you can do and what’s possible. You’ve seen so many aggressive strategies on that map as well as defensive strategies that work. Himmelsdorf is like the variety pack of maps, it has a little something for everyone.

For players new to Tanks, what’s your advice on improving their play and bringing their game up to the next level?

World of Tanks is dominated by map knowledge and mechanics knowledge. The best thing you can do in moving toward improving your play is playing all kinds of tanks on all kinds of maps. You can go around the training room and be really bored as you learn to sit in corners and how to go over little bumps and stuff, but playing in the pub matches is where you really learn, especially when you actually go out and try different things. You see so many people just doing the same thing over and over and repeating their behaviors, but what you need to do is go out and try something different. If you fail, who cares? This game is not about stat padding, it’s about understanding how the game works, and if you’re stuck in stat padding mode, your game will never advance.