Who is the best pro World of Tanks team in the world?

That's the question to be answered April 8-9 in Warsaw, Poland, as the top players from across the globe make the journey from places like Brazil, the United States, China, and Russia in order to compete for the $300,000 prize pool at the 2016 Grand Finals.

Before the action kicks off on the official GF site, we're here to break down what to expect from this year's eSports extravaganza.

12 teams, including favorites Na'Vi and NSS from the CIS region, along with NA champs eClipse, SIMP, and last year's champs Hellraisers are set to compete.

Here's a look at how the brackets shook out after the draw (Na'vi and Hellraisers are in Group C, a.k.a. Group of Death!):

The Grand Finals will be played at tier X under "7/68" rules (seven tanks per team with up to 68 tier points) under the attack/defense format. That means one team must protect two base capture zones, while the other team attempts to outmaneuver, outwit, and outshoot the bases' defenders in order to cap a base, or destroy all enemy vehicles. If the attacking team accomplishes either feat, they are victorious. If the defending team destroys all enemies or protects their base capture zones until the time limit expires, then they come out on top.

In addition, there are some rule changes from NA competitions -- matches now run 10 minutes instead of eight, and the NA-specific rule restricting teams to just two of each tank type is also eliminated. This means the NA teams will need to adapt quick to the global strategies, while fans will see a variety of new formations, including lineups comprised of Object 140s, the FV215b, and possibly even some stray artillery and tank destroyers. 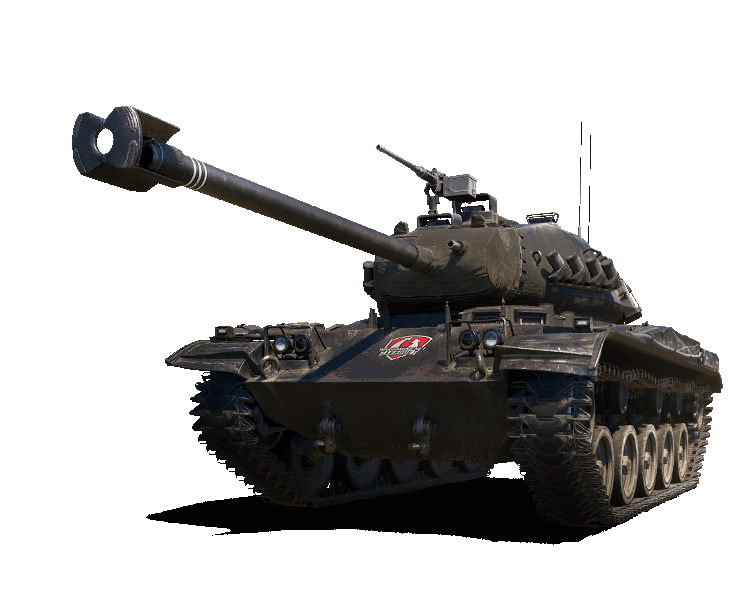 The M41 90 GF and its sweet "WGL Black" camo will be available in the Premium Shop throughout the month of April in order to help celebrate the WoT eSports scene.

Fantasy eSports is quickly becoming a worldwide phenomenon, and while the WoT Fantasy League has continued to grow and captivate the North American audience for a few seasons now, this year's Grand Finals marks the first time the game will be opened up to players and teams across the globe. You can finally team up the best of the best from from the likes of eClipse to EL Gaming.

The fantasy game is being played across Friday and Saturday's matches, so be careful when selecting your lineup, as every team is guaranteed to play the same amount of matches on Friday, but Saturday's games will vary due to the single-elimination playoffs, so pick a team of players who you think is most likely to go the distance. Check out the Fantasy site for more details on the weekend's game and prizes.

Can a team like SIMP or eClipse actually make it to the championship round? Check out the schedule and see who you think stands the best chance. The tournament begins in Group Stages, with each team battling the other two squads in their group. Only the top two teams from each group will then move on to Saturday's single-elimination playoffs. SIMP has an easier bracket to begin with, but once you reach Saturday, that's when every contender will need to deal with the likes of Na'Vi, Hellraisers, and NSS.

Look back at the biggest thrills and craziest shots the League had to offer this season!