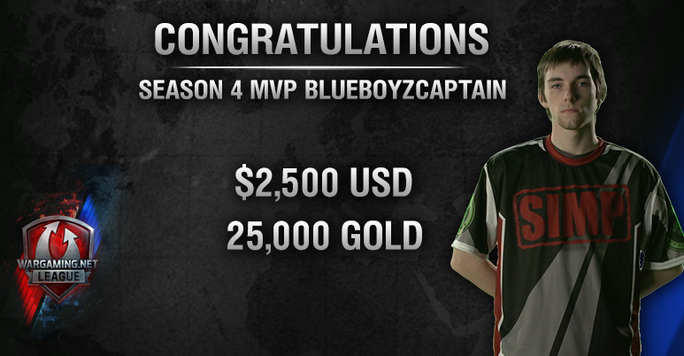 Ask World of Tanks Season 4 MVP Jon "Blueboyzcaptain" Clough. The 21-year-old Oregonian doesn't seem to care what label you give him (or his peers), just as long as the S.I.M.P. sharpshooter keeps the action intense.

"People are excited to watch eSports because what you're doing is something special," says Clough, "so it doesn't matter if that fits into the definition of what an athlete is. Regardless if someone thinks you're an athlete or not, as long as somebody thinks you're doing something amazing, you're having fun doing it, and fans are willing to pay to watch you do this, that's all that matters... and that's what eSports is all about."

Here's what else Clough had to say as he sat down with Wargaming's Jon Robinson to talk everything S.I.M.P. and eSports.

Wargaming: S.I.M.P. recently competed for $100,000 in prize pool money at the WCA tournament in China. What was the atmosphere like surrounding the event?

Blueboyzcaptain: It was amazing. They made it pretty clear right off the bat that anything we wanted while we were there, they'd provide. They had a bunch of volunteers who were there, and one was assigned to take care of each team, and then there must have been 100 more who were there to help. They treated everyone like stars. It was pretty crazy. We even had a few extra days to ourselves, so we went out to some fancy places to eat. We even went to go see a mud fortress.

WG: There was some tough competition in the tournament. Did you guys have a specific strategy heading to China?

Blueboyzcaptain: We actually had a pretty tough time out there. We didn't have our main caller, and we lost a couple of players who were injured after our finals in Seattle. One was in an accident and one was in surgery, so they couldn't come with us. We had to make some quick roster changes, and it was just one of those things. I bet if we had our starter team there, we would've been in the top four, but I think we still performed a little better than expected, even after the changes. 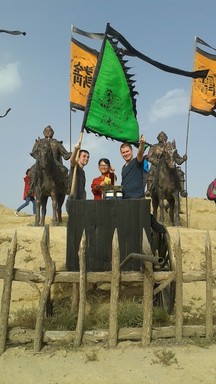 WG: Did you have a favorite moment or kill during the tournament?

Blueboyzcaptain: My favorite moment was bringing my T49 online against Kazna Kru. The main strategy for Mines is the north gets the hill while the south can try to contest, but with the new light tanks, we didn't really know how it would all work out. They actually tried to contest, but with my T49 and the big derp gun that everybody knows about, I just wailed on their RU251 for like 800 damage and the game was pretty much over after that. He was the first one up the hill and I just got a shot square in his back.

WG: When you first started playing World of Tanks, did you think it would lead to you traveling the world to play in all these tournaments?

Blueboyzcaptain: I never thought I'd be traveling the world, but it was always something I wanted to do. I wanted to become good enough in the game so it would be possible. That was the dream, to be able to be one of those pro gamers who got to travel everywhere. It's pretty unbelievable.

WG: How did you first get into playing World of Tanks?

Blueboyzcaptain: I played a lot of other video games throughout the years, but nothing really stuck. Then I started playing Tanks and I thought it was really fun, and after about 1,000 games, I finally joined a Clan. After that, the games kept piling on and I got better and better until I finally got the opportunity to join S.I.M.P.... not the main group of players, but on a secondary team. But then the main group had a roster change and I got picked to be on the main roster, and after that, I've been a starter ever since.

WG: S.I.M.P. is one of those teams that is always in the mix and competing for championships. What do you attribute to your success and but the team's longevity?

WG: How often do you guys train for these tournaments?

Blueboyzcaptain: During the season and a couple of months before the season, we're practicing about three hours a day, four days a week. We usually play starting around 6pm, but sometimes we play in the morning in order to work around everybody's schedule. 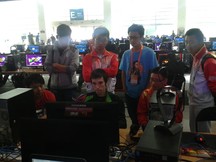 Blueboyzcaptain: The story started way before I joined S.I.M.P. and has to do with how the Clan was formed. Before there was even a Clan, it was just a group of five or six people playing Tanks, and there was this one guy named Simpsonia who just kept blocking his teammates' shots by driving in front of them. He was doing this constantly, like every game, blocking shots... sometimes on purpose, sometimes on accident. So the more he did it, everyone started yelling, "Hey, you're simpin' me!" It caught on pretty fast, so when they decided to make a Clan to play tournaments, they decided to just become S.I.M.P. and get a good laugh over blocking shots from your teammates.

Blueboyzcaptain: We're all pretty chill, so we don't so it on purpose, but it still happens. (Laughs)

WG: What do you think is the biggest misconception people have about the life of an eSports athlete and the dedication it takes to turn pro?

Blueboyzcaptain: Players keep asking me: "What will it take to be as good as you?" What I tell them is it's straight up just knowing the mechanics of the game. I know exactly how my tank plays when I put it in any spot. I play mostly light tanks, so I have to understand everything from depression to spotting to understanding the tank I'm looking at and how close I can be to that tank before I get lit. There are a lot of exact mechanics. Before the new light tanks came out, if my opponent's IS-3 didn't have optics, I knew I'd have to be exactly 330 meters from that IS-3 before I got spotted, and if they had optics, I knew I could be exactly 350 meters before I got spotted. These are very exact numbers that need to be memorized in order to be in the right place to help your team, and these are the types of things you need to do in order to take your game to the next level. 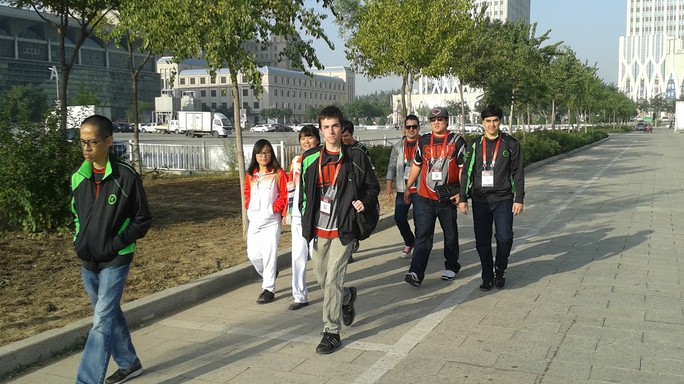 WG: How do you see eSports expanding over the next five years?

Blueboyzcaptain: It all depends on the people watching. The more people who think eSports is interesting, the bigger it will become. The culture has already reached the generation on the Internet, but the next step is breaking through on TV because a lot of the people who don't know about eSports are the same people who don't spend a lot of time on computers. Maybe these people are sports fans, people who would like this type of competition, but just haven't been introduced to it yet. That's the next step.

WG: WGLNA Season 5 is starting soon. With all of S.I.M.P.'s past success, do you feel like your team has a target on its back as we head into the next competition?

Blueboyzcaptain: After our initial success, we've seen how people play differently against us than they do against the other teams. It's always a tough match-up whenever we play anybody. We'll see a team run the same strat over and over, but then when they play us, we'll see different things.

But Season 5 should be interesting because it looks like this season is going to be all about the new light tanks, so the way we've all played before and the tanks we used to play with are all worthless. We have to learn everything all over again, and that's going to stir things up quite a bit.