USS Texas is flooding after damage from recent hurricanes — keep her afloat through Wargaming’s Project VALOR (Veterans and Loved Ones Responsibility) Campaign!

USS Texas was one of the most powerful battleships in the world when she launched in 1914, and was credited with testing advances in gunnery, naval aviation, and radar. She was still fighting hard in 1944, supporting the Normandy Landings with her 14" guns. Nine days later, Allied forces pushed far enough inland to be at the edge of Texas’ gun range, but still needed her guns for tough targets, so again the call for fire support came in. Captain Charlie Baker ordered the battleship’s starboard torpedo blisters flooded, to raise the guns a crucial two degrees.

Texas answered to the tune of 24 massive shells, and by the end of the war, earned five battle stars. Today, she’s preserved by the Battleship Texas Foundation as a museum and national historic landmark — a fitting fate for the final battleship from the Dreadnought era, and the only remaining capital ship to serve and protect her country and its soldiers in both World Wars.

Today, Texas is flooding again, this time under attack by the elements. The ship suffers constant leaks averaging over 300 tons of water per day, leading to significant erosion and deterioration that will eventually be irreparable. A team of historians, engineers, and preservationists are attempting to move her to land before it’s too late.

It’s up to us to protect her.

For every "Giving Thanks" WoT PC emblem purchased during the month of November, Wargaming will donate 100% of the proceeds to the Battleship Texas Foundation.

Find the emblem in the "Emblems" reel under the "Exterior" menu in your Garage.

Collect all four "VALOR" emblems throughout the year to gain access to an exclusive fifth and final VALOR Crest. Our past offerings were in May, July, and September. 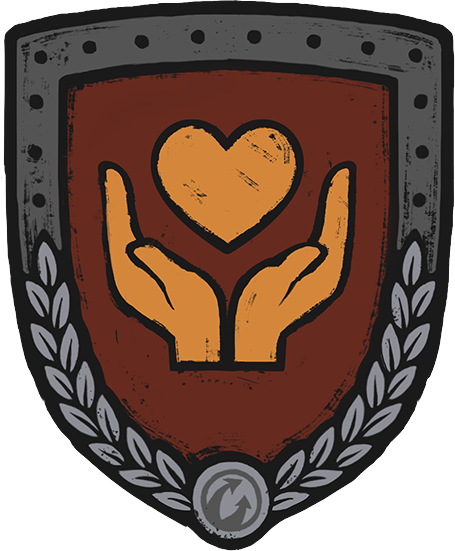 You may also make a direct donation via the Battleship Texas fundraising page!

Thank you for your contributions!