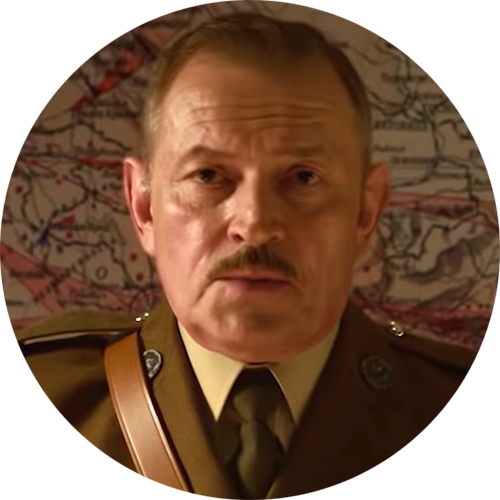 It's nice to see that so many of my soldiers are completing missions, progressing through Stages successfully, and trying out their deserved rewards. Just by looking at the vehicles in the battle, you can see how far tankers have progressed in Battle Pass and what rewards they've already earned. The most active ones boast their camouflages and styles.

However, the depots are still not empty, which means that not everyone has claimed their rewards. Let's fix that, shall we? 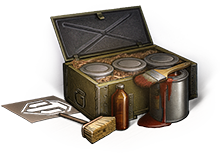 The Mark on History 2D Style

Everyone who finishes the first progression stage instantly receives a special style called, like I said, Mark on History. Each soldier must wear their uniform. Their uniform is part of maintaining discipline. And discipline is... Sorry... I might've got carried away.

Listen up, soldiers! I ordered this style to be universal so that it fits any vehicle. This style uses dark colors with a unique pattern. The enemy must understand who they are dealing with right away. A moral victory is just as important as establishing physical supremacy.

But I didn't stop at just one style to reward my men with at the start of their battle journey. I also have a couple other interesting items in stock.

Soldier, do you know what any real colonel hates above all? That's correct. Dealing with paperwork. But it must be done. What we have here is a stack of paperwork dating back to the '60s. A secret meeting at the Pentagon... Old man Smith... I wonder what that sly chap is up to now. Alrighty then, let's have a look.

"Our potential enemy has a new tank. They call it... Fluffy," reported the immaculately dressed officer standing at the projector. 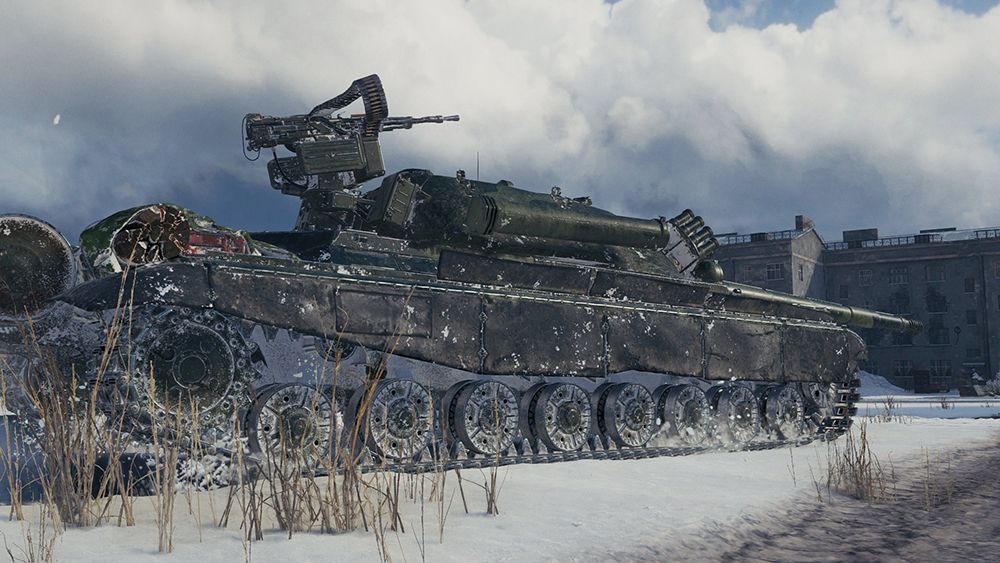 "Agent Laski, that is ridiculous!" Smith, the Deputy Chief of the Secret Intelligence Service, was not in a good mood. "What do you know about this vehicle?"

"It's operated by the best of the best tankers, sir! We only saw a couple of these vehicles. Thanks to satellite imaging, we managed to see them in greater detail. Judging by the pictures, they look like the experimental Soviet Object 277 tank but modernized.

"In particular, it puts up a good defense against air attacks. That's evident from its three anti-aircraft guns: two RP-46 machine guns and a single KPV-44." 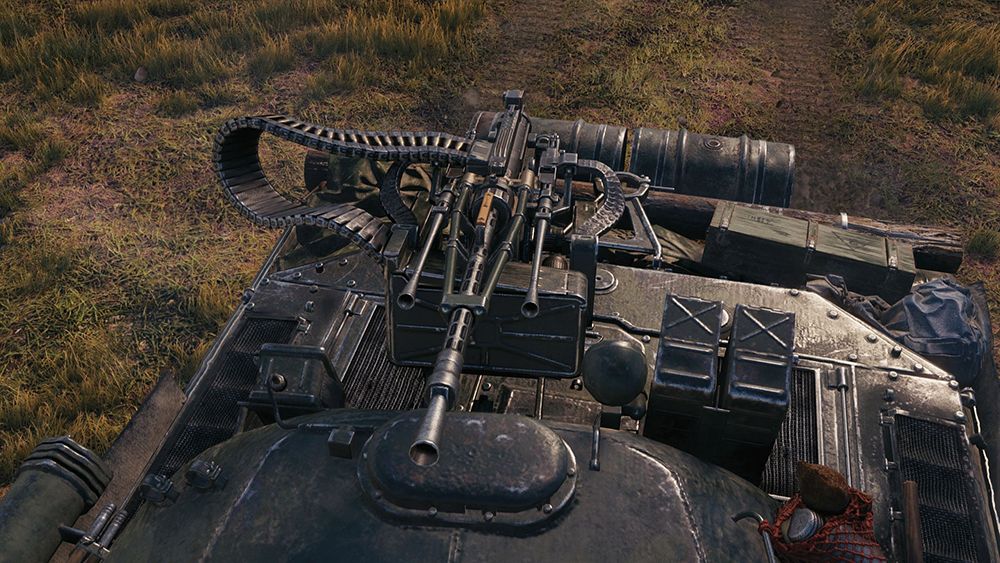 "The 14.5 mm heavy machine gun? That's bad. It's a beast that can punch holes through our Hueys like it's nothing." 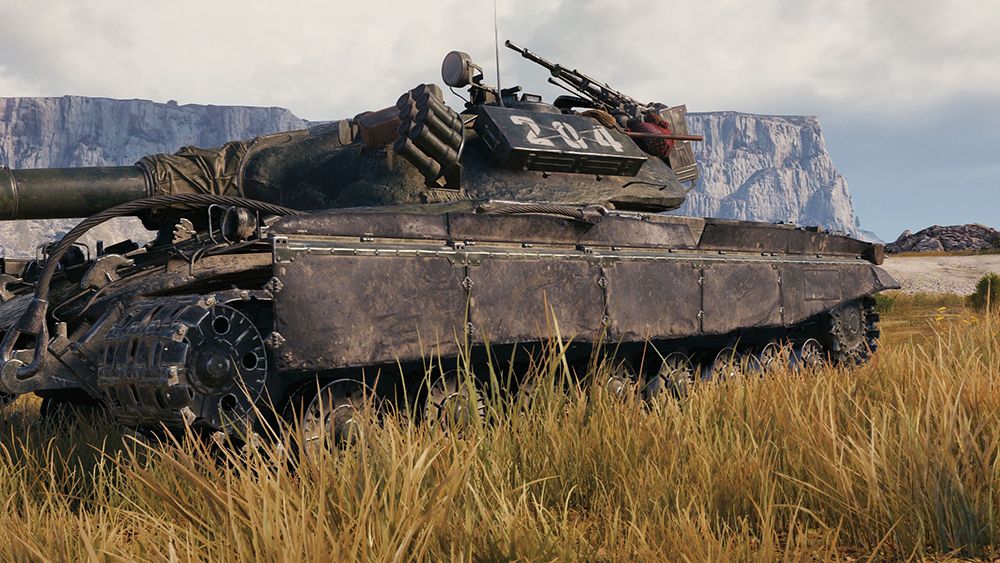 "They also thought about protection from HEAT shells. The vehicle's sides are covered with rubberized anti-HEAT screens. They didn't forget about firing accuracy either. Its gun is equipped with a thermal sleeve to prevent thermal deformation." 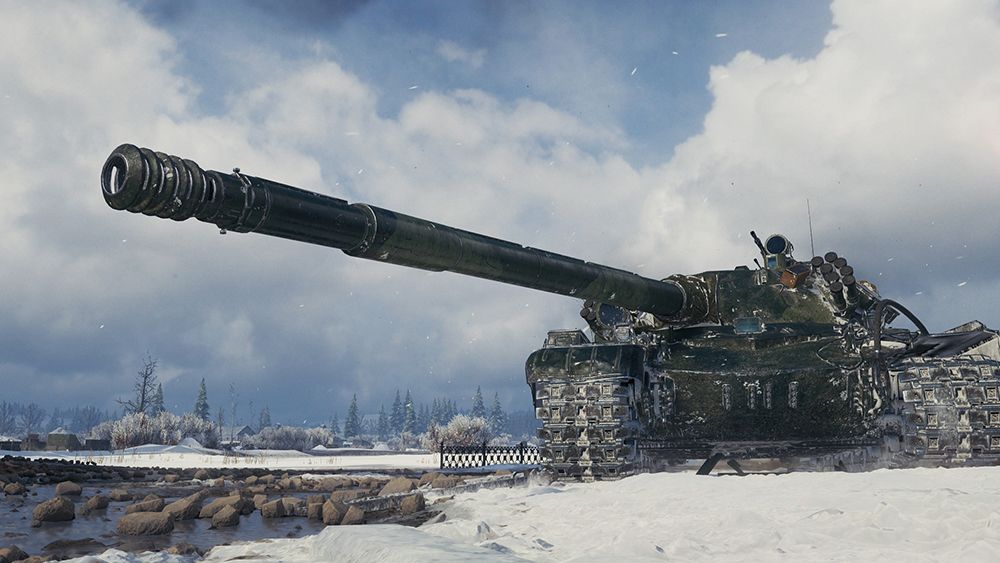 "If we look closer at the photos, we can see special mounts. A minesweeping device can probably be mounted on this vehicle. It's also fitted to ford through water. You can see the vehicle snorkel on the right side of the turret." 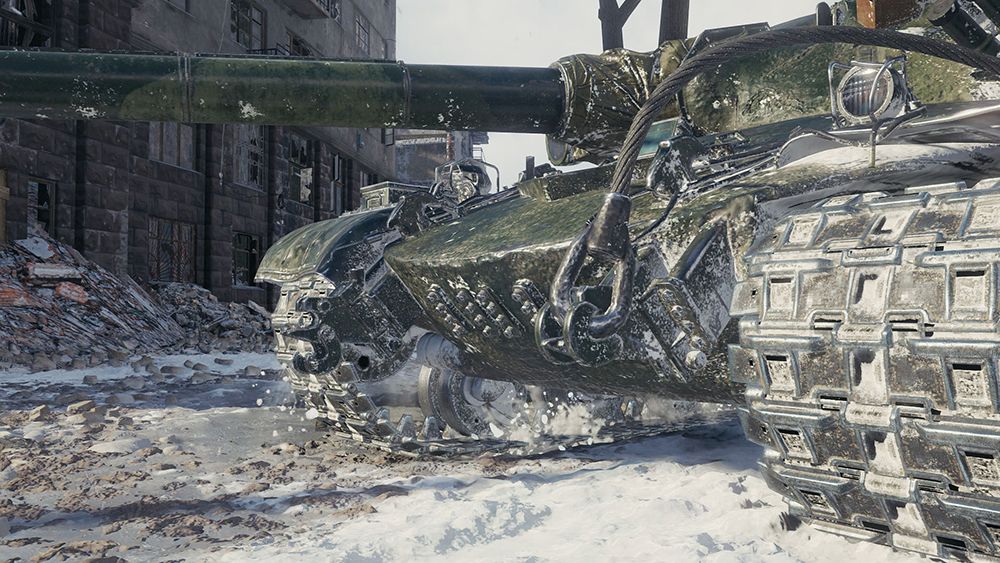 "It won't be easy to fire at this vehicle. It's equipped with smoke grenade launchers." 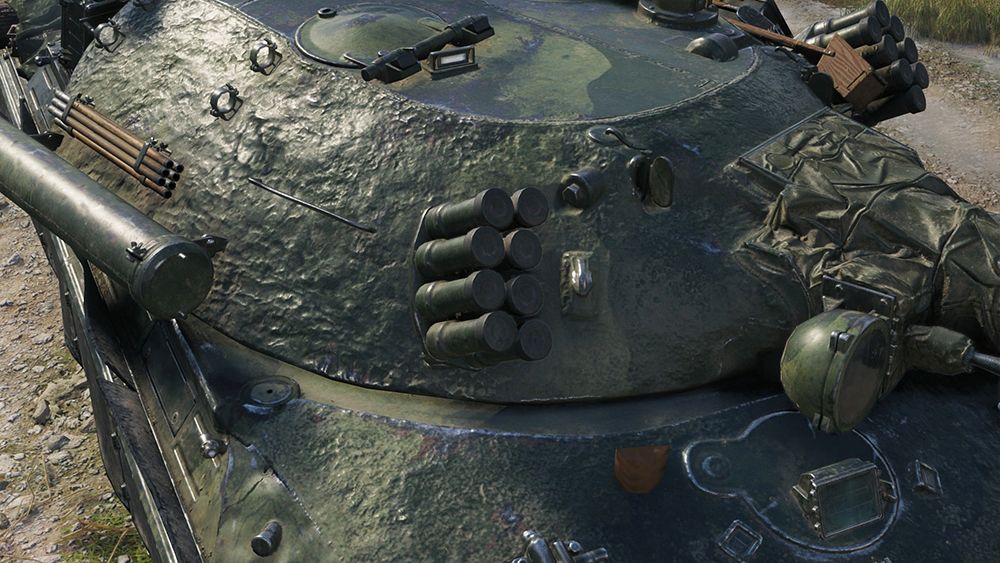 "Intelligence says that these Soviet vehicles are preparing for a long operation, probably to the English Channel."

"What makes you so sure, Agent Laski?"

"Sir, on the rear of the vehicle, there's a RVD-100 water tank and an ammo crate. There's also everything necessary for living in the field, such as tents, buckets, and other essentials." 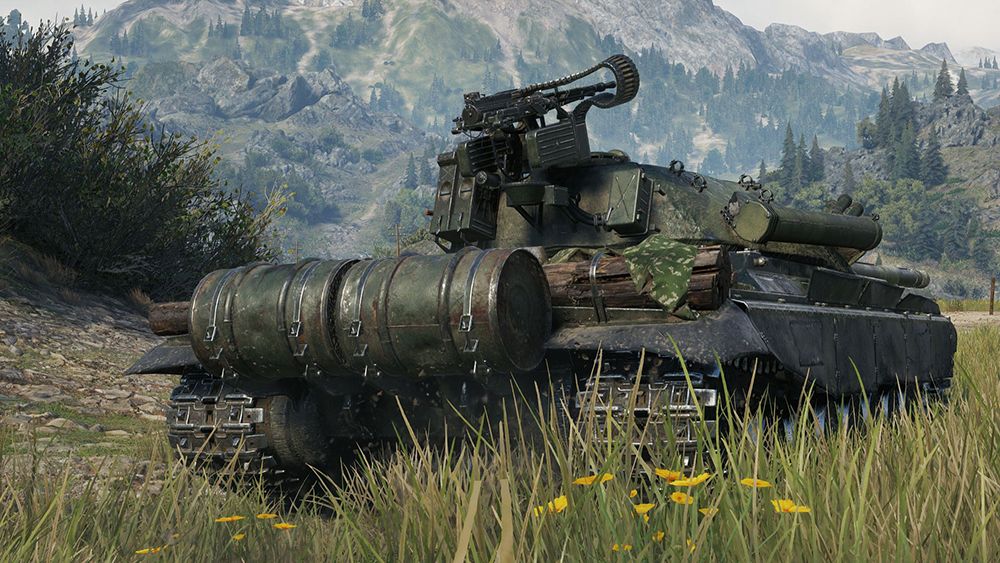 "They have also thought about navigating a minefield. There are special tools on the turret, including a grapple, a mine disposal container, and a probe. One thing is still uncertain. Why do they have a teddy bear on the turret?"

"The bear is a symbol of strength, Laski!"

What's this? Instructions for the new Super Conqueror vehicles that are to reinforce our units on the Rhine. Hmm, what is this strange stamp on the document? A yellow circle, smells of coffee... As you were! 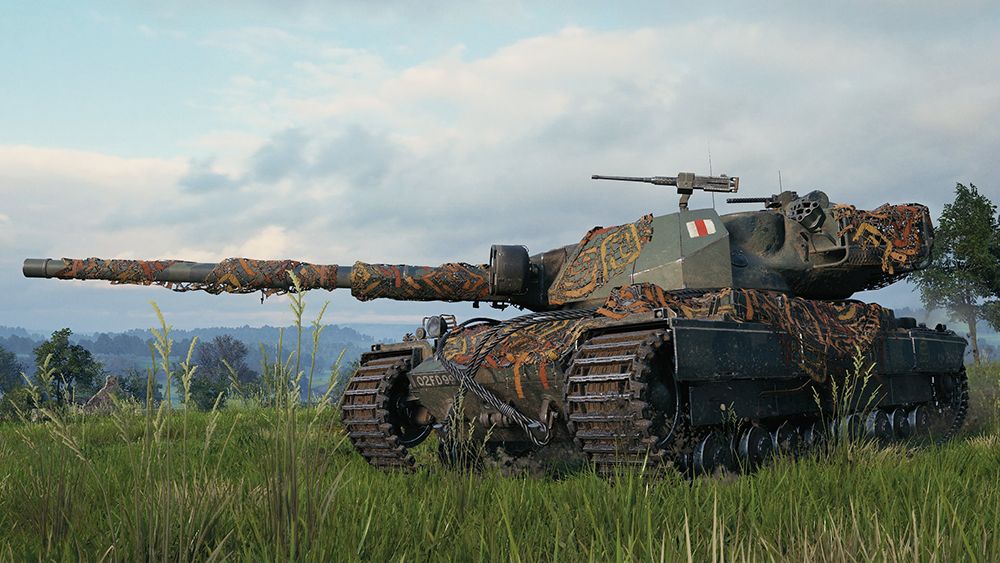 "The newly arrived tank is able to not only breach defenses but also effectively ambush enemies. Oh, I can see it's equipped with a camouflage net. And cables! I asked for cables!

"There they are. You know, sometimes we have to operate on the North German Plains, and you can easily lose not just a truck but a whole tank in the mud there." 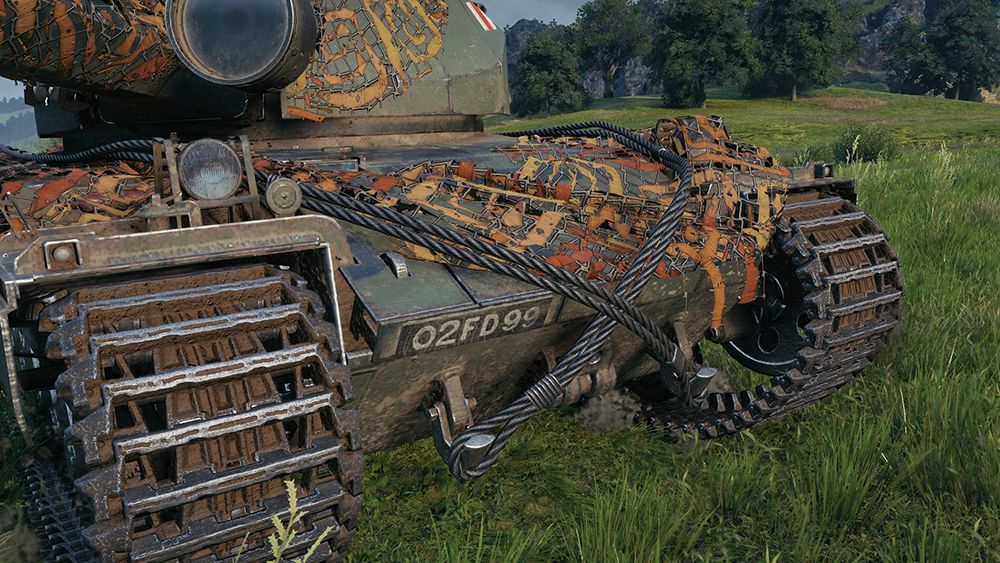 "In such conditions, you're better off keeping your items higher up. They stored everything in the rack behind the turret. Good job! An infrared spotlight on the turret? Now we can finally fight at night. I've been asking to provide tankers this ability for a long time." 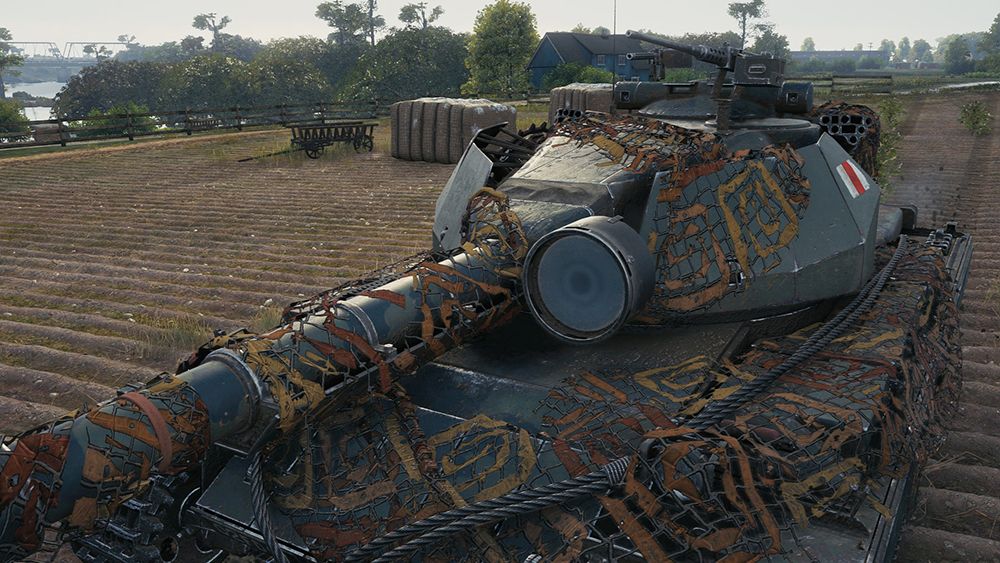 "What else do we have here? They added a second heavy Browning M2. My grandfather used to fight with one. Such a great piece of reliable machinery. I hope we'll never have to use it.

"We need to test this Super Conqueror in the field tomorrow. It says here that the suspension was upgraded and they installed new modernized drive wheels and idlers. We'll see how this affected the vehicle's characteristics." 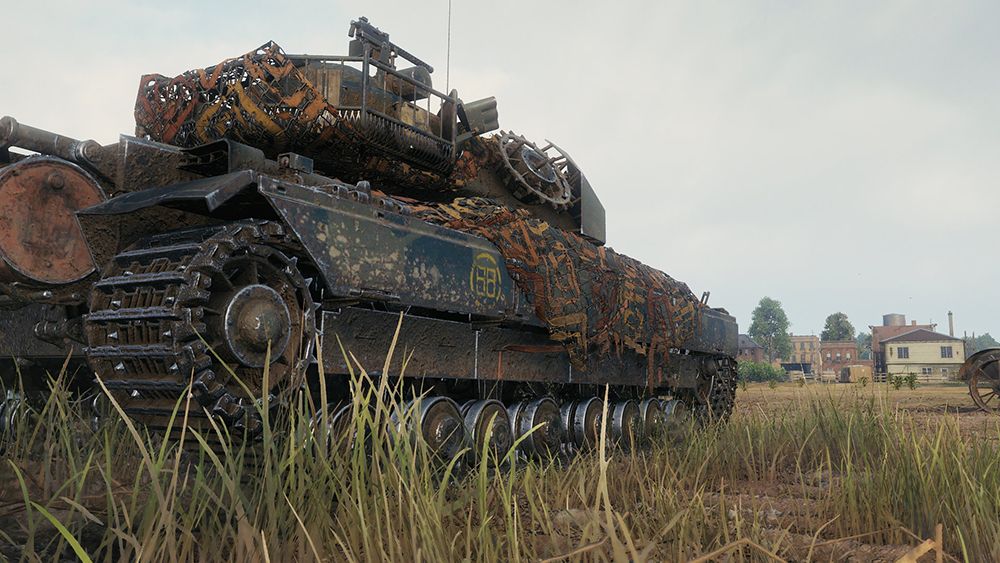 "Now what's this piece of paper? Says, 'Tall glass. Shaken, not stirred...' Right! As you were! Soldier, are you still here? Left turn! Off you go on the double from the colonel's office! You should be inspecting your new tank already!"

For those who like to show their worth not only with action but also with appearance, my specialists and I have prepared a whole set of customization elements: a camouflage, an emblem, and an inscription.

After completing Main Progression Stage 40, tankers receive the "Traces of Victory" Camouflage right away. It was created along with the pattern for the "Mark on History" Style, but there are some differences. This camouflage is lighter with less black on it. Also, the bright orange stripes were removed. They will remain a part of the style that can't be decorated with decals or emblems. Speaking of which...

Players can receive The "Mark on History" Emblem and "Roll Out!" Inscription by completing Main Progression Stages 10 and 20, respectively. You can apply them along with the camouflage on any vehicle in combination with any other customization elements.

As soon as you complete all 45 Main Progression Stages, I will transfer one of my best soldiers to your command: Vasily Badaev or George Barton. Your choice. But they are not the only professionals among my men.

If you have the Improved Pass, you will receive two of my men as Crew Skins for Commanders after completing 40 stages. They're great specialists, but they started out with no military background. Legrasse is an ex-policeman while Durden was a gardener serving Her Majesty herself. No one could have imagined their lives would lead them here, but no one has regrets.

Every tanker who proves their strength will have two new Crew Skins of great warriors in their personnel. 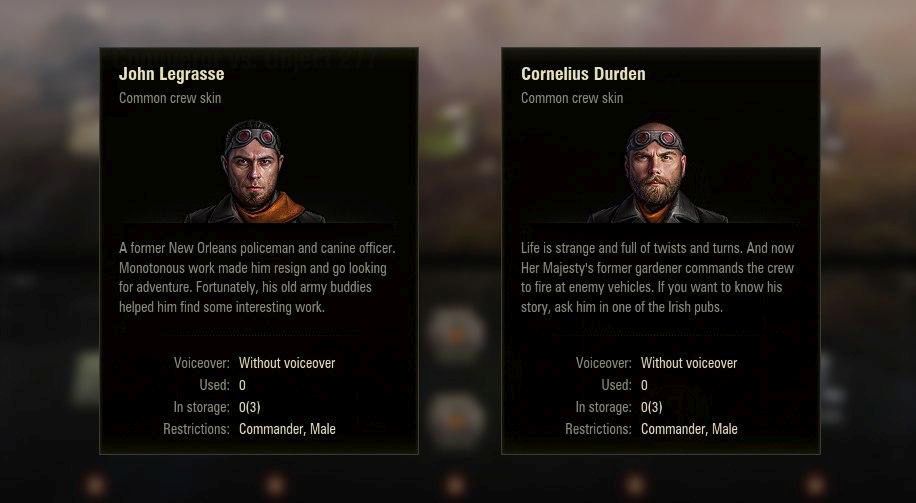 Badge for the Most Dedicated

There is little time in battle to stare at an enemy's armor to see if they have fancy patterns. We all know that. We've had our share of battles. This is also true for our enemies, especially if their vehicles are destroyed in an instant.

We have a solution for this: the Elite Chevron badge. I award it to the best soldiers who completed all 45 Stages of the Main Progression. The badge shows a tanker's current Elite Progression Stage, of which there are 100 in total. After completing the last Stage, the badge will show a tank instead of the Stage number. It's a confirmation that the soldier has completed the whole progression.

It's a fact that I don't approve of showboating among my men. But I believe it's imperative to reward the best performing soldiers! The Elite Chevron is a great compromise. 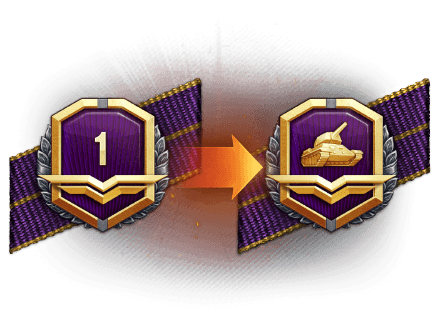 Well, soldier, this lecture about customization is over. For complete Battle Pass information, please click the button that follows. See you on the battlefield!