A grand return to World of Tanks: From September 27 through October 11, the special Return of the Waffenträger event takes place!

This autumn, the Harrier Squad once again faces Max von Krieger's engineering marvel in a formidable and uncompromising battle for domination. Last year, the outstanding Engineer made a tactical retreat. Now von Krieger's back—this time with his improved war machine, the menacing Blitzträger auf E 110. It's even more dangerous and unpredictable than before, so get ready for fiercer, intensified battles!

On the other side of this epic confrontation, the Harriers haven't wasted any time, either. Joining their ranks are three different vehicles, each with its own combat role and unique abilities. It's up to you to decide which side to fight on—and may the strongest win!

The mode is unavailable during Curfew.

Return of the Waffenträger: General Setup

On September 27, you will find three special vehicles to choose from in the event Garage. Choose one of the tanks and click the “Battle!” button to start your exciting combat journey!

Each Harriers’ battle hound features its own battle purpose and general and unique abilities:

Railgun
Railgun
After activating, the shot that follows will be less accurate but will cause more damage to the enemy and their modules.

Overload
Overload
A Harrier can pick up a clump of Plasma that needs to be delivered to a Generator to overload it. Each overloaded Generator temporarily disables the shield on von Krieger's vehicle. The first pickup restores a certain number of hit points to all team members. Additionally, having Plasma on board increases damage caused to von Krieger.
Thunderbolt

Siege Mode
Siege Mode
Increases the vehicle's rate of fire but decreases its mobility for a certain length of time.

Overload
Overload
A Harrier can pick up a clump of Plasma that needs to be delivered to a Generator to overload it. Each overloaded Generator temporarily disables the shield on von Krieger's vehicle. The first pickup restores a certain number of hit points to all team members. Additionally, having Plasma on board increases damage caused to von Krieger.
Foudre

Overload
Overload
A Harrier can pick up a clump of Plasma that needs to be delivered to a Generator to overload it. Each overloaded Generator temporarily disables the shield on von Krieger's vehicle. The first pickup restores a certain number of hit points to all team members. Additionally, having Plasma on board increases damage caused to von Krieger.
Resistor
Thunderbolt
Foudre

The Harriers have three Lives (including the one you start with), which means they can respawn twice in a single battle.

When the battle starts, the Blitzträger auf E 110 will be protected by an almost impenetrable energy shield, so it doesn’t make sense to shoot at it while this shield is active. From time to time, AI-controlled vehicles called Sentinels will spawn at certain points on the battlefield to assist the Engineer. When destroyed, Sentinels leave a load of Plasma that you need to pick up and deliver to Generators, indestructible power structures that appear in different parts of the map, changing location each time. They also create a protective shield for the Engineer.

The Harriers collect and use Plasma to overload Generators, thereby disabling the Engineer's shield for some time. Overloading a Generator with the Harriers works just like capturing the base in Random Battles. The more tanks in the cap circle, the faster it happens.

Generators have two states: active and inactive. When Generators spawn on the map, they are always inactive and have one common activation time. The Harriers can only overload a Generator when it becomes active.

When you first pick up a load of Plasma, a certain amount of HP is restored to your entire team. Plus, having Plasma on board your vehicles increases the damage caused to von Krieger, so try not to miss any loads.

Once the Blitzträger auf E 110 is temporarily left without its protective shield, you have some time to cause full damage to it—don't forget to use your unique combat abilities! After that, the shield will be restored, and you’ll need to overload and destroy the next Generator. The damage you cause through the shield is greatly reduced, but it increases with each destroyed Generator.

After overloading and destroying the fourth and last Generator, the shield on von Krieger's machine will be permanently disabled, so take this opportunity to finish it off. But if the timer runs out with the Blitzträger still operational, von Krieger will win, so push yourself to the limit in the final stage of the battle!

Keep in mind that the Blitzträger auf E 110 has a new ability: Teleportation. It allows the Engineer to teleport to a selected point on the map with some delay. But when the protective shield disappears, Teleportation becomes unavailable, and after the destruction of the fourth Generator, this ability is blocked.

To succeed, the Harriers’ battle hounds must work together and act as a close-knit team. Fight in packs of three to four vehicles, destroy the Sentinels assisting the Blitzträger auf E 110, collect Plasma, and pay attention to the timer. Coordinate your efforts, as the chances of a single Harrier vehicle defeating the Engineer are close to zero!

Stay Connected and Fight Your Way to Victory with Discord: Join the Official World of Tanks Discord channel in your language and set up Platoons. Fight alongside new teammates to give you the best chance of defeating the AI. It is also a fantastic opportunity to chat, find game updates, hear about community events, and join Platoons for standard games or events.

To fight in the mighty and powerful Blitzträger auf E 110, you need a Key. There are three ways to get it:

The Blitzträger auf E 110 is a formidable tank destroyer with overwhelming firepower. Designed by Max von Krieger, this incredible feat of engineering is equipped with a gun with an autoloading mechanism. One penetrating shot can easily take away well over half of a Harrier vehicle’s entire HP pool. Plus, the Blitzträger auf E 110 features four additional (three active and one passive) combat abilities.

EMP Arrow
EMP Arrow
A shot with a high-voltage charge that slows down and stuns enemies. Resets Generator Overload points of damaged vehicles.

EMP Burst
EMP Burst
A charge of energy that covers the entire area around the vehicle. Stuns all enemies in the impact area and causes damage to those closest. Passes through all obstacles and resets Generator Overload points of damaged vehicles.

Teleportation
Teleportation
Allows the vehicle to teleport to a selected point on the map after some delay. Operating the vehicle is impossible during preparation. Cannot be used while the shield is deactivated.

Absorption
Absorption
By being near a clump of Plasma on the ground, the vehicle accelerates its evaporation. If, at the moment of evaporation of Plasma, the vehicle is within a 50 m radius of it, it will recover a certain number of hit points and accelerate the Teleportation cooldown.

A.I.-controlled Sentinels are autonomous guards that spawn across the map. Their role is to deal damage to the Harriers and act as spotters for the Blitzträger.

Although the Blitzträger auf E 110 is incredibly powerful and your shield reflects most of the damage you take, always keep in mind that you will be facing seven dangerous Harriers at once. If, at the end of the battle, the opposing team remains at full strength, you’ll be in trouble.

Try to confuse enemies, pick off stragglers, and support your Sentinels—don't let opponents collect loads of Plasma that can disable the Generators. Make full use of your combat abilities, constantly move around the battlefield, and take advantage of the new Teleportation ability. Protect the Generators at all costs, because if the Harriers destroy all four of them, the shield will disappear permanently and you will become vulnerable.

Time is on your side, so it’s not necessary to destroy all the Harriers to win. If they fail to destroy you within the allotted time, you will triumph!

The Return of the Waffenträger progression involves assembling the Harriers' Collection and the Engineer's Collection with different elements, and it consists of four Stages. Upon collecting a certain number of elements and reaching each Stage, you will receive valuable rewards. Join the event and gather event-themed vehicle customization elements from the Harriers' and Engineer's Collections! To fill the event progression meter and grab all the event rewards, you need to complete both Collections.

Every customization item in both Collections is unique—each one will drop just once. The Collections include styles, camos, emblems, inscriptions, decals, and, of course, the Harriers and Max von Krieger himself. These characters will become your crew members and come with exclusive voiceovers.

Each Harriers’ or Engineer’s Collection Item adds 1 Point to the event’s main progression meter. Completing each Stage of the main progression will yield you prizes, with the total reward being 3,000 Bonds.

Keep Out From Under the Barrel emblem

Water Is a Conductor emblem

"System Board (Off)" camouflage pattern 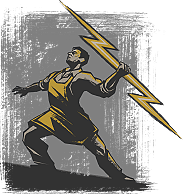 "System Board (On)" style

Antifreeze in the System inscription

Heart of the Machine decal

"We Need You!" decal 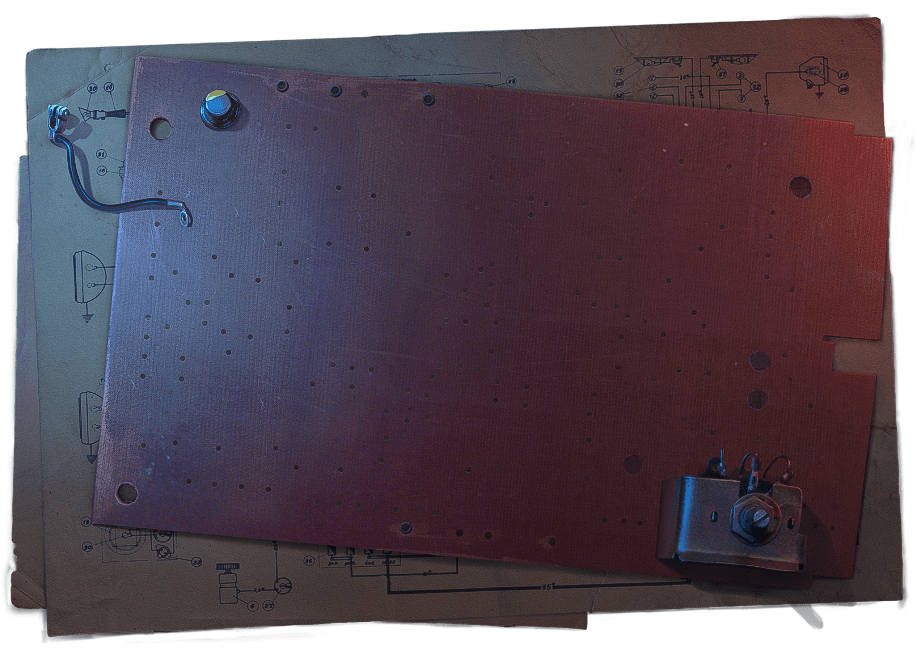 For completing event missions, as well as for defeating the rare Blitzträger auf E 220 (more about this in a future article—keep your eyes peeled!), you will receive Starters, special keys for activating Dimension Gates. Through activated Dimension Gates, you’ll be able to get valuable loot, including Collection Items.

You can earn the Harriers' Starters for completing event missions while playing in Harrier Squad vehicles. These keys will allow you to activate the Harriers' Gate.

But if the stars are aligned, you might get even greater prizes, including:

But the sweetest prizes are the impressive Tier VIII Premium tanks, including the brand-new ASTRON Rex 105 mm. Apart from this predator, you may receive a Premium vehicle from the following list:

Last but not least, there’s also a special Vehicle Gate that requires an Engineer's Starter to activate.

You can receive a particular reward from it: The ASTRON Rex 105 mm, a brand-new Tier VIII Premium American medium tank. 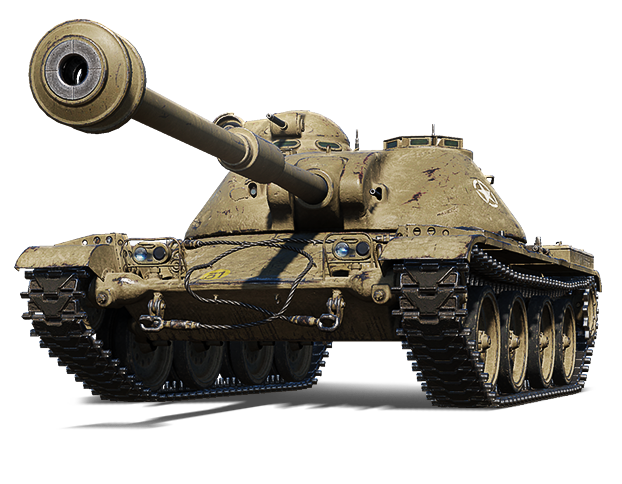 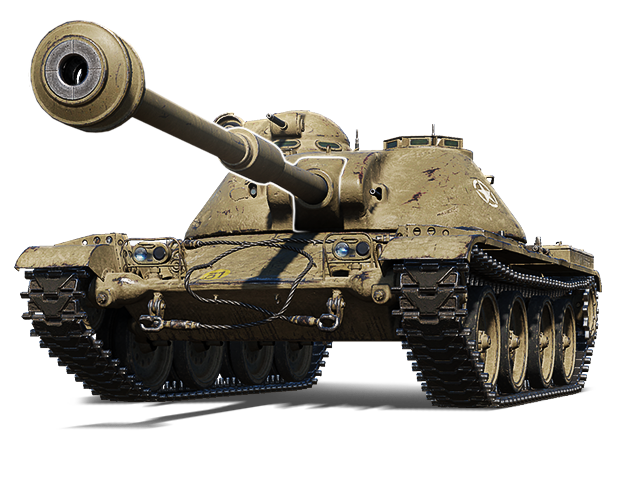 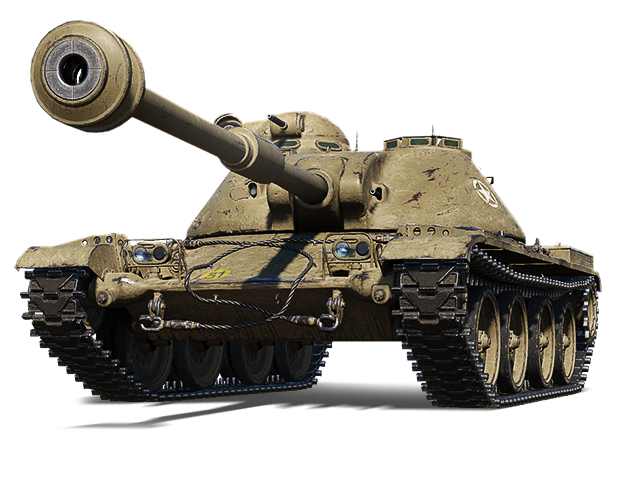 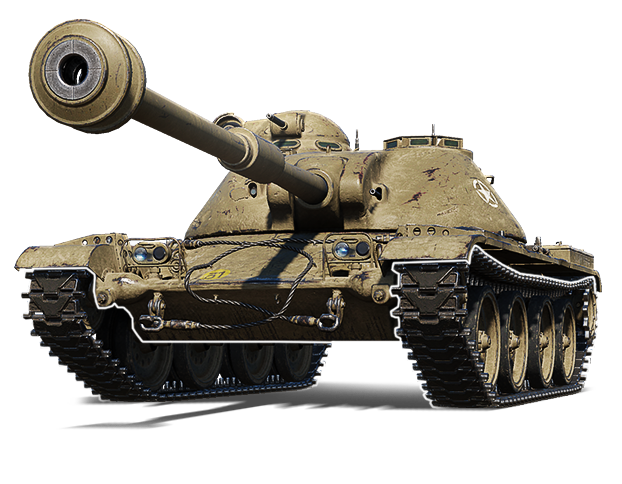 Shells in the Magazine
5 shells

To activate the Vehicle Gate and grab this intimidating hunter, you need to have 60 Engineer’s Starters. But if you get this tank from the Engineer's Gate before that, the Vehicle Gate will become inactive.