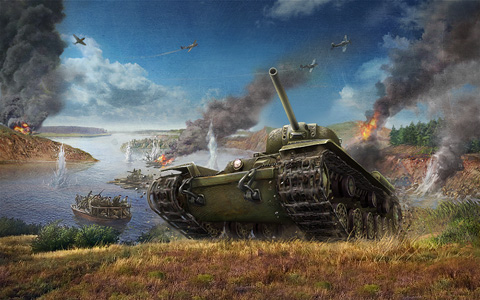 "Our cause is just, the enemy will be defeated, the victory will be ours!" was the war cry of all Soviet soldiers, who went to war June 22, 1941. Many battles were won with these words repeated as a motto, and the massive and memorable Lower Dnieper Offensive was won with these words too.

The Lower Dnieper Offensive took place in 1943 during the Second World War. It was one of the largest Second World War operations, involving almost 4,000,000 people on both sides and stretching on a 1,400 km long front. After 4 months of incredible human endurance, heroism and dedication, the entire left-bank Ukraine was set free from occupation.

August 25 World of Tanks will launch the special dedicated to the great Lower Dnieper Offensive.

Polish your gun and get ready for the special!