Canadian Tankers, Your Day Has Come! 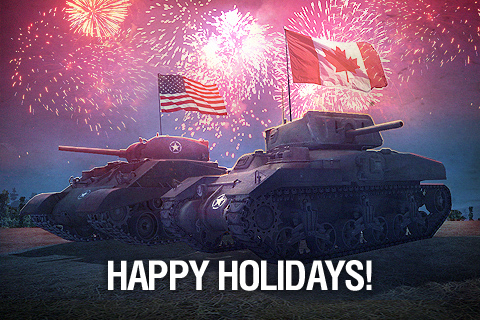 World of Tanks development team congratulates players on the great holiday of Canada Day, formerly Dominion Day. Canada Day is the national day of Canada, a federal statutory holiday celebrating the anniversary of the July 1, 1867, enactment of the Constitution Act. Upon this Act, three British colonies united into a single country called Canada within the British Empire. The so-to-say "Canada's birthday" marks the joining of the British North American colonies of Nova Scotia, New Brunswick, and the Province of Canada into a federation of four provinces on July 1, 1867.

World of Tanks appreciates and honours all of its players, and in commemoration of this significant holiday in Canada, Kursk Operation special is run till July 4. You can read more about its offers and details here!

Hail on Canada Day and see you on the battlefields!