The Wargaming.net League is the biggest World of Tanks tournament organized by Wargaming. Each of the regions, including our own, is running a local version of the tournament. The purpose is to create the most competitive environment possible and, through this process, reveal the best tank commanders out there. After three seasons are completed in each region, the champions of each season will meet up in the Wargaming.net League Grand Final!

The RU server's third season is almost complete, and we’re happy to invite you to watch the WGL RU Season 3 Finale. This event will determine who will go to the Grand Final, happening later this year.

During these finals, you'll see eight teams playing a full double-elimination tournament over four days, from February 27 to March 2, in Minsk, Belarus. Some of them are well-known throughout the World of Tanks global community; some of them are completely new to the scene. 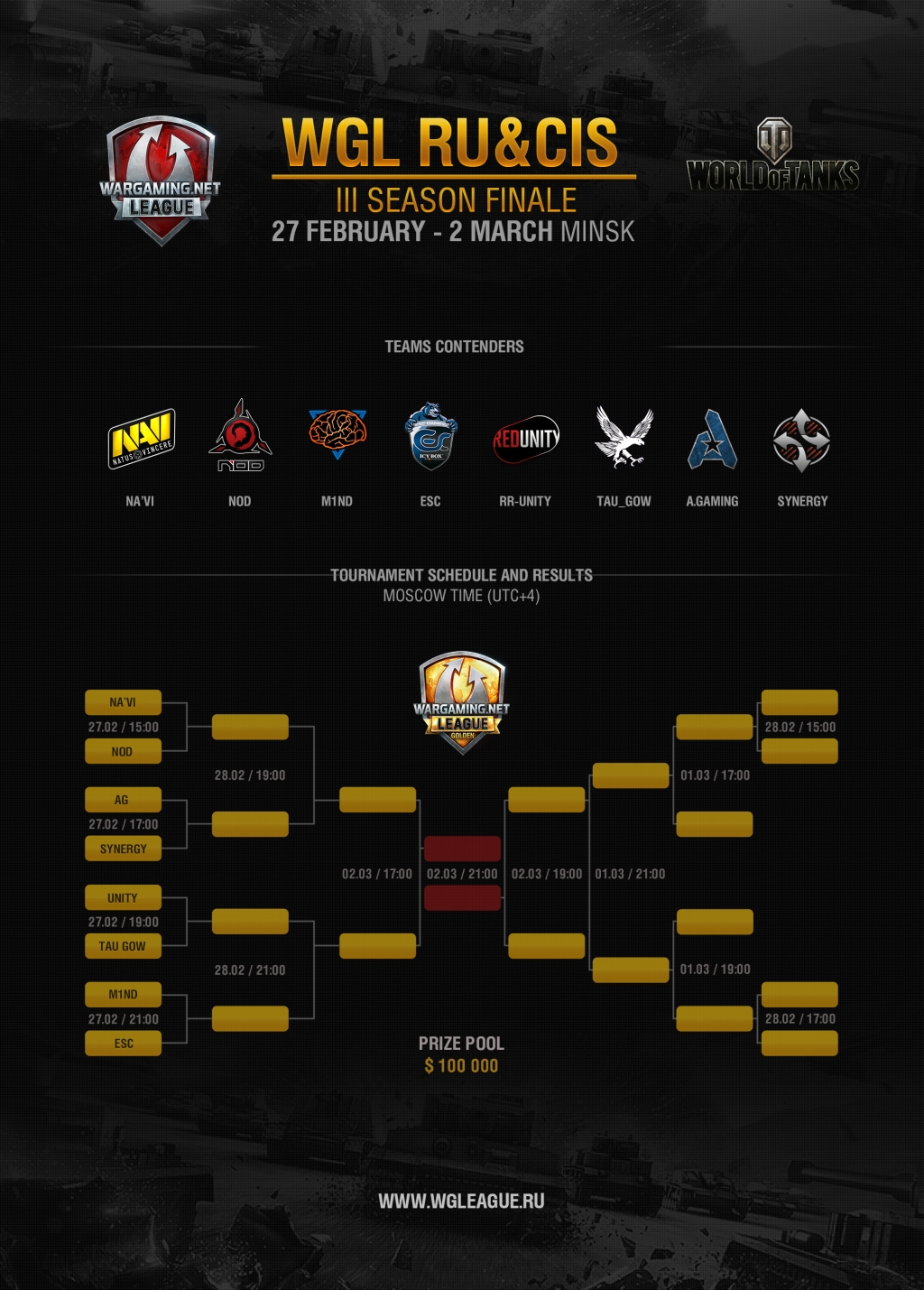 Tune in to our broadcasts for a chance to win Premium vehicles and Gold!

We will be giving away many cool prizes during the Season Finale: 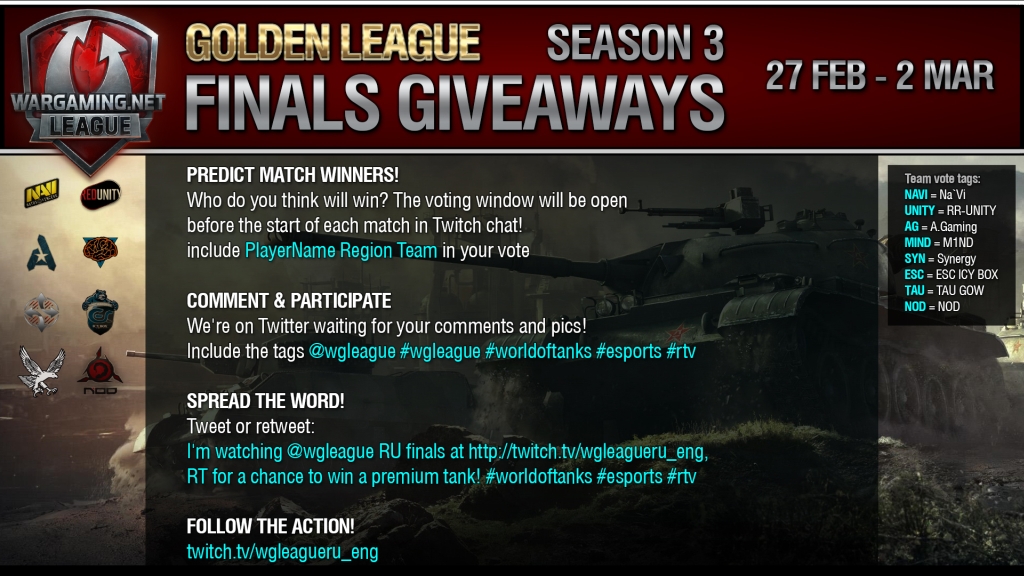