eSports Discuss on Forum
In other languages:

After exciting and successful regional finals, we are happy and equally proud to present to you the World of Tanks eSports event of the year: The Wargaming.net League Grand Finals!

Those of you who are following our eSports news and streams have already suspected that something big is afoot and now the time has finally come to give you all the details on the biggest Wargaming.net event of 2014 so far:

We are confident we have chosen a great venue for the finals and hope you can join us in Warsaw’s city center. There is a multitude of hotels close by and the main train station is within 5 minutes’ walk from the cinema. Warsaw, being the capital city of Poland, has two major airports which will make it easy for you to arrive!

Don’t know what we are talking about?

The Wargaming.net League Grand Final is the biggest player-oriented Wargaming event we have hosted so far! It is about World of Tanks, about the fierce competition amongst our regional champions, and most importantly it is about you! We want each and every member of the World of Tanks community to become part of what has already been an exciting road so far.

A huge amount of you actively took part in three exciting seasons of competitive eSports, challenging the best teams in the world. Hundreds of teams proved their amazing skills in their regional eSports scenes. Thousands of you followed your favorite teams to the offline finals to lift up their spirits in dire defeats and cheer when they stood victorious. Hundreds of thousands followed the live streams of your regional qualifiers. And finally millions of Gold, hundreds of Premium tanks and other amazing prizes were given out as tournament rewards and giveaways.

Fourteen teams from all over the world will be flown to the Grand Finals to represent their communities and ultimately to represent you. The teams are the best of the best and have proven their worth with a victory in their regional Wargaming.net League qualifiers over the past few months. 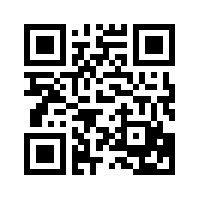 We at Wargaming know that pretty bouquets and boring shiny trophies are not your thing. We have prepared something very special for the ultimate heroes of the Grand Final that any true die-hard World of Tanks fan would kill for. We are not yet ready to let you in on the secret, but think hard and think heavy to guess what the best trophy for a real World of Tanks champion may be!

More information on what’s under the cover will be revealed in two weeks!